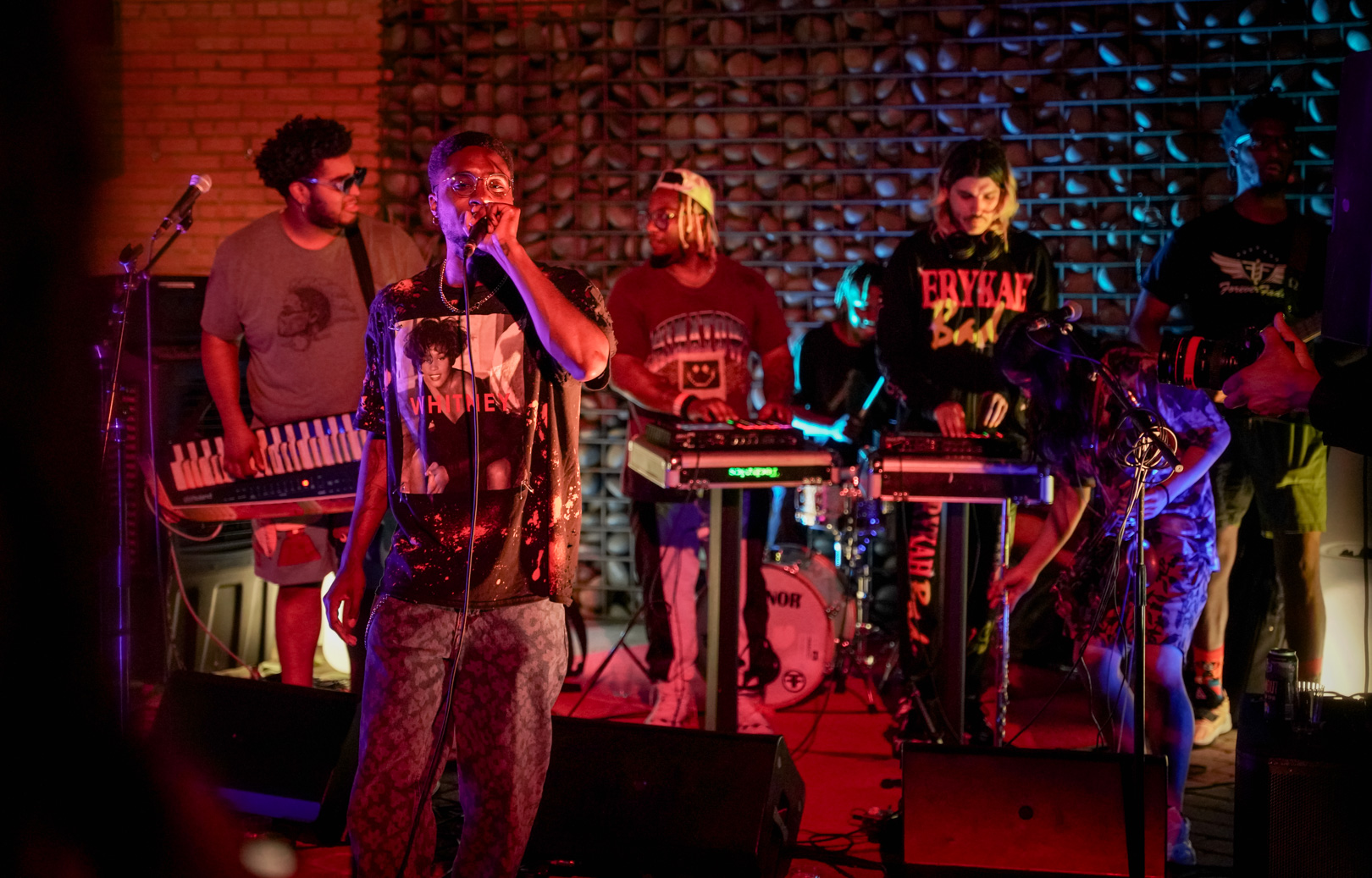 Deep Ellum, from its earliest days, has been a fertile creative playground for all manner of artists, particularly musicians. From gritty blues and raw-boned country to punk, rock, jazz and hip-hop, the area just outside downtown Dallas has long been a sonic melting pot, blending together the sounds of those born and raised here along with those just passing through.

As the beloved neighborhood gears up to celebrate its 150th anniversary next year, the community non-profit Deep Ellum 100 is helping mark the occasion with the selection of 10 acts to appear on the forthcoming compilation The Sounds of Deep Ellum.

The 10 artists, culled from more than 118 submissions by a panel of experts, include many we’ve covered and given airplay to here at KXT: Cure for Paranoia, Lorelei K, Stone Mecca, Children of Indigo, Flower Child, Memory Shivers, Labretta Suede, Maya Piata, Skinny Cooks and Ducado Vega.

That line-up will perform on Oct. 5 at Trees as part of “The Sounds of Deep Ellum,” a 150th anniversary concert, which will be captured for posterity and a future, limited vinyl release on local label mainstay Idol Records.

These acts represent a vivid cross-section of North Texas talent, and serve as a reminder and testament to Deep Ellum’s enduring as an endlessly renewable creative resource.

“We hope that ‘The Sounds of Deep Ellum’ spurs collaboration between this new generation of artists and shines a light on all the great music being made here in Dallas,” Gianna Madrini, co-founder of Deep Ellum 100, said in a statement. “To bring these artists together on one night is a dream bill featuring some of the best performers in Dallas. … ‘The Sounds of Deep Ellum’ will help Dallas musicians write and record their own history as part of a 150-year-old music continuum.”

Deep Ellum 100 was established in 2020, during the early days of the pandemic, and has handed out four different series of grants to date. (Each artist performing at Trees will receive a grant.) The non-profit has been continuously working to raise money “to support the people who make up the fabric of [the] neighborhood,” according to a statement.