Self-taught Dallas-based musician Stone Mecca‘s career has been whirlwind journey. His 2019 Alienman tour took him all over the country, planning to take the tour to Europe until the COVID global pandemic halted him in his tracks.

The multi-instrumentalist has also been on film soundtracks for Django Unchained, Friday, Soul Plane, and Blade: Trinity – just to name a few. 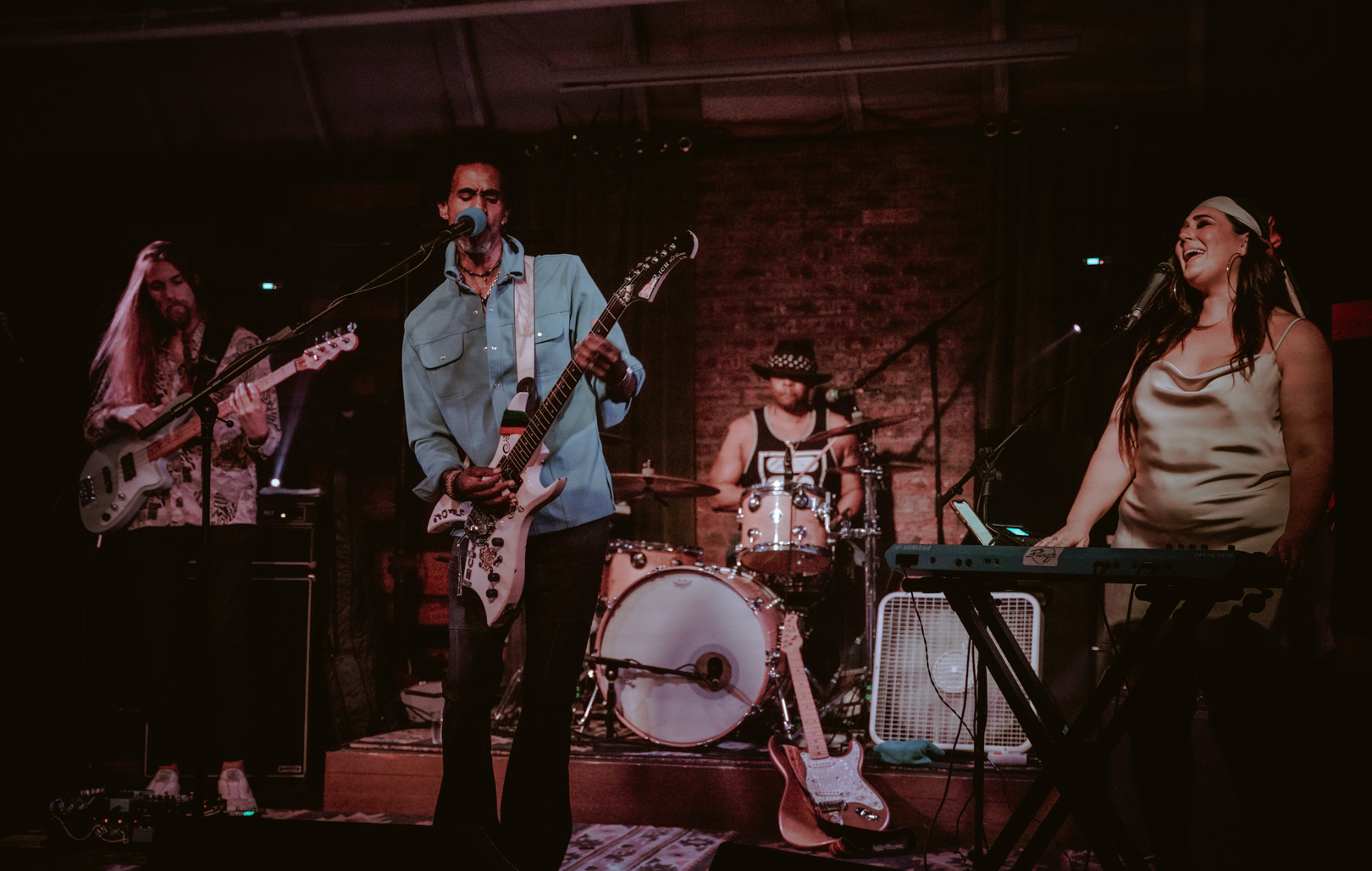 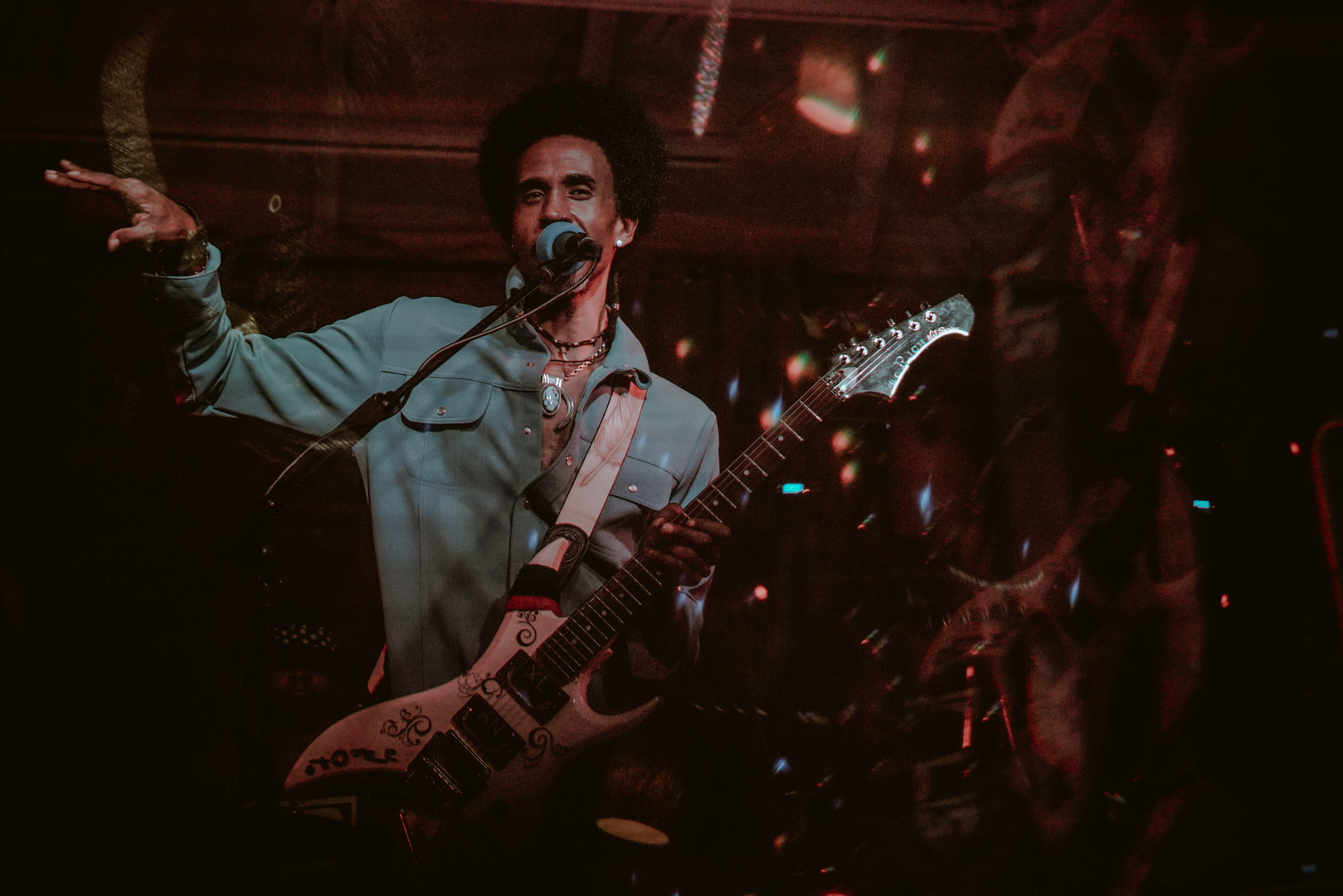 Stone Mecca regularly works with RZA from the Wu-Tang Clan, and has been featured on Billboard’s website. Photo: Jessica Waffles

Billboard premiered his music video for “Boogeyman” in 2019,  which depicts the story of a young white woman being snatched up by a white man and then rescued by two black man – based on true events. The video opens with text that says, “Don’t see us as boogeymen. We are but a compassionate people.”

In the Billboard interview, Mecca says, “Y’know, people look at us and they’re scared of us, there’s fear,” he says. “If you get to know us or get around us, there’s more than what the media’s telling you who we are. Even if people are gangstas, they have a sense of compassion or righteousness. If they saw something like that, that they know isn’t right, they would respond.” 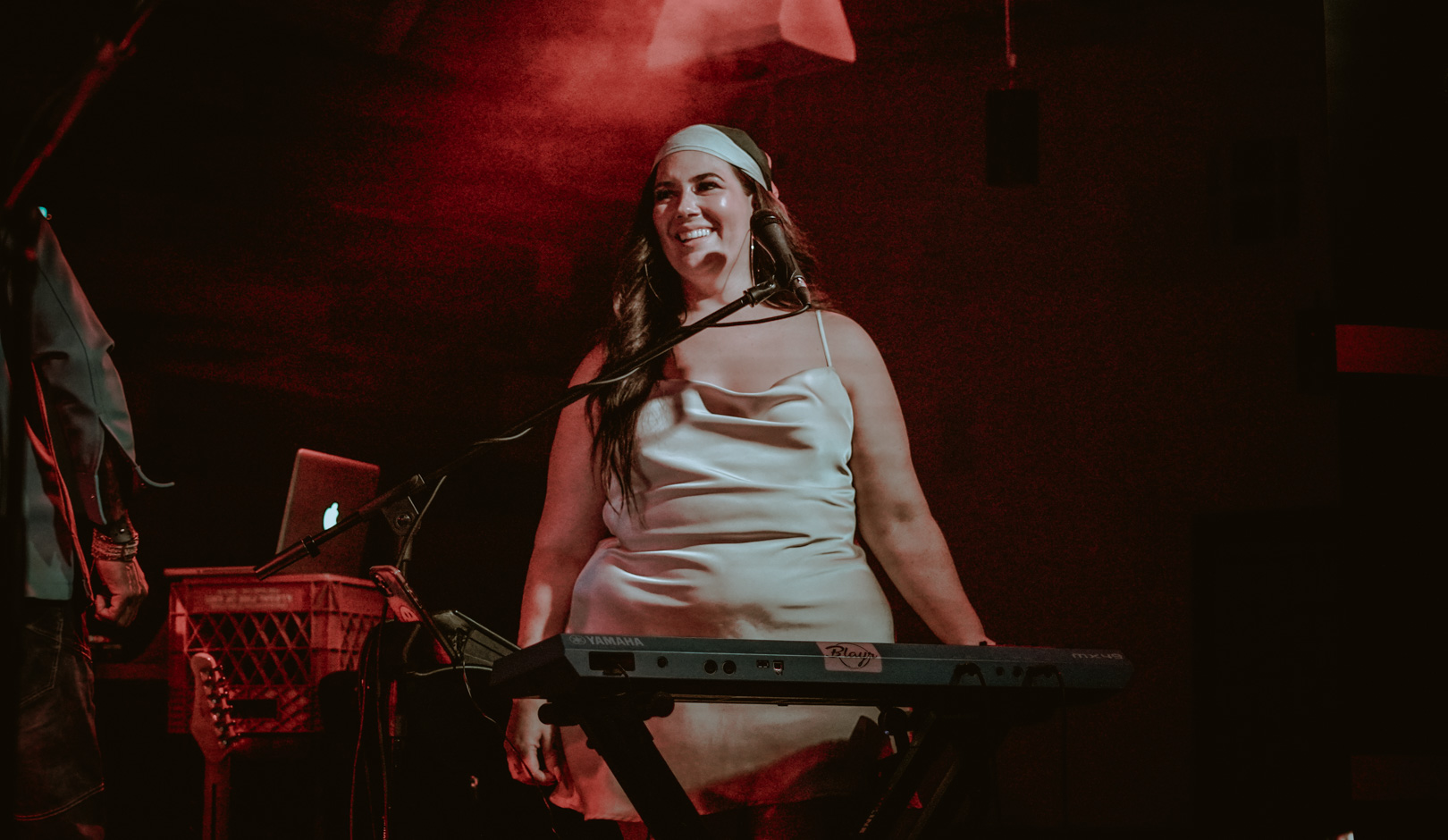 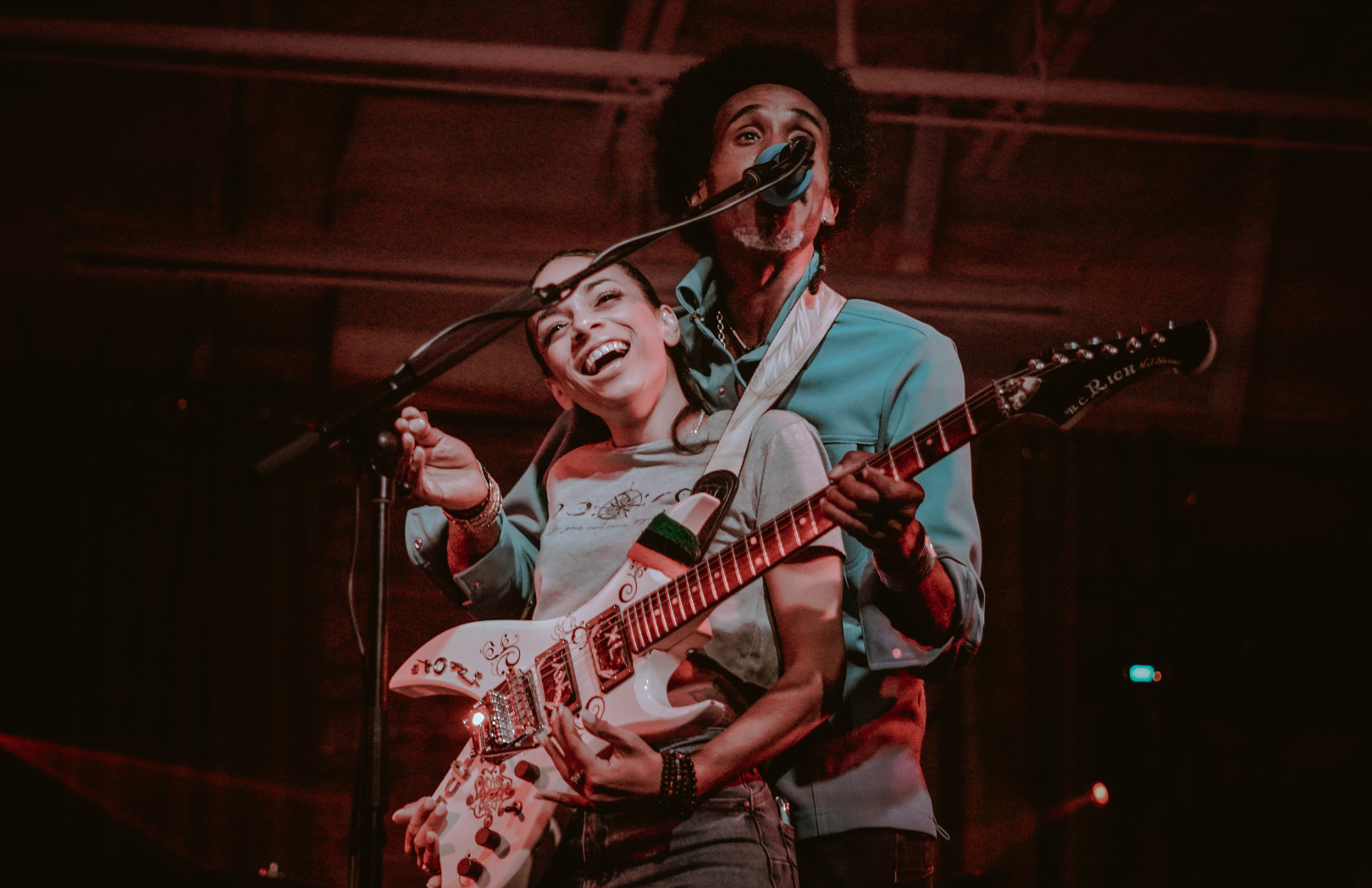 Stone Mecca invited a friend of his on stage during his song “Stay Away Shay.” Photo: Jessica Waffles

Mecca’s messages of righteousness continue throughout his music, in such songs as “Exit Door,” which speaks on the subject of compassion for people on the street who ask for money.

In the video at the top of this article, Mecca explains his inspiration for the song. The video features Rakim Al-Jabbaar laying down lines of empathy that illustrate the understanding of mutual struggles we experience in the human condition. 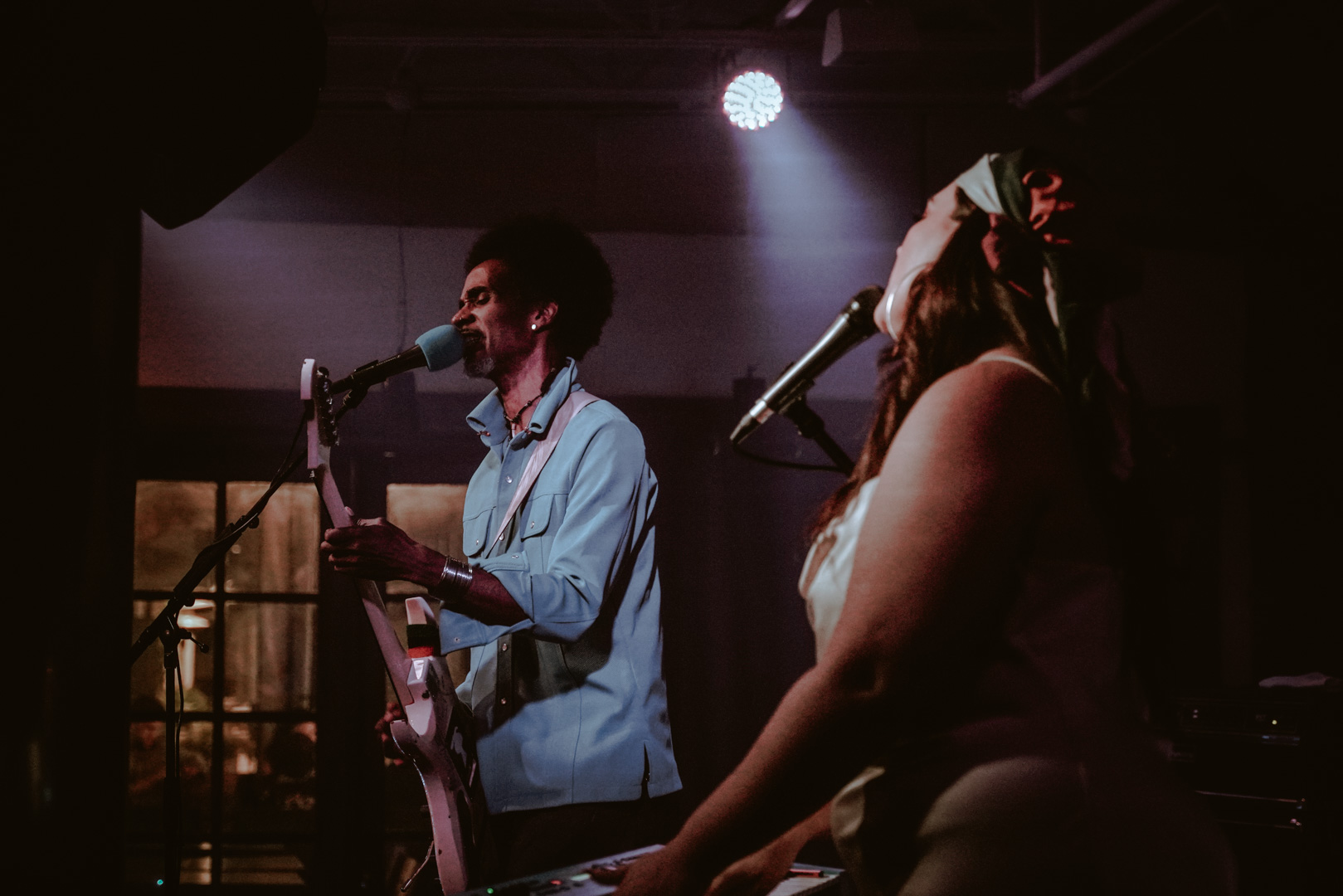 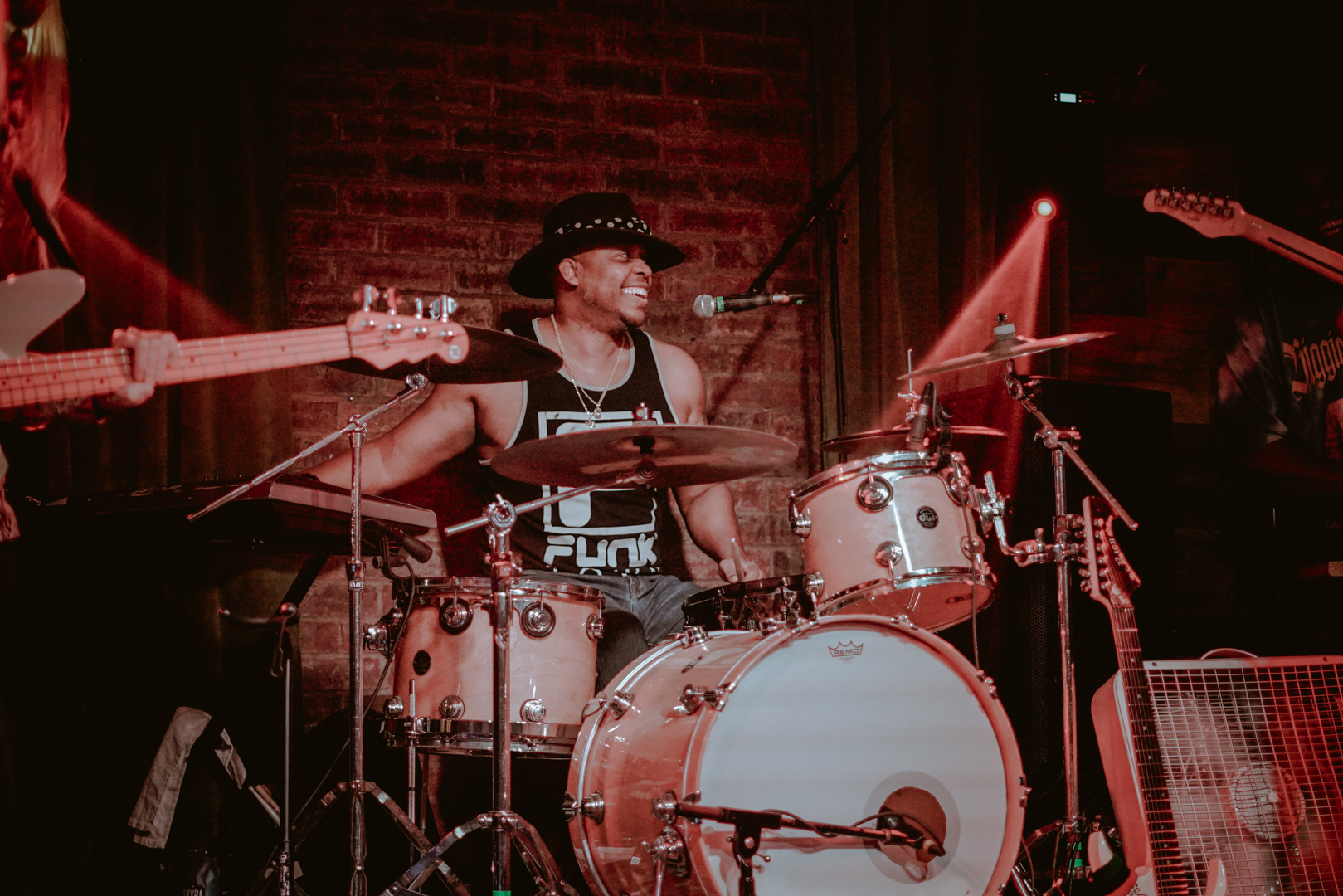 The set at Sundown at Granada included original songs from Al-Jabbaar, Alex Blair and Savannah Low. The night was opened by DJ BIG Texas.

When it comes to what’s on the horizon, Mecca has been putting together a new self-titled full-length album.

“A lot of the album was recorded before the pandemic,” Mecca said, who self-produces his projects at his home studio. “I’ve changed out some songs, but it’s kind of been finished for a while. Now, just waiting for the right time to release. We’re putting a tour together, and we’re looking forward to hitting the road again.”

Mecca plays all of the instruments on the record, except for two songs that feature drummer Valenti Funk and additional background vocals by Blair. Songs are written, produced, arranged, engineered, composed, mixed and mastered by Mecca. His 2021 singles “Stay Away Shay” and “Pray” will be included on the LP release.

Longtime collaborator RZA says, “Stone Mecca gives us a modern day example of what heart and soul music is,” as mentioned on Stone Mecca’s website.

Stay up to date on Stone Mecca’s Instagram page for upcoming shows and announcements. 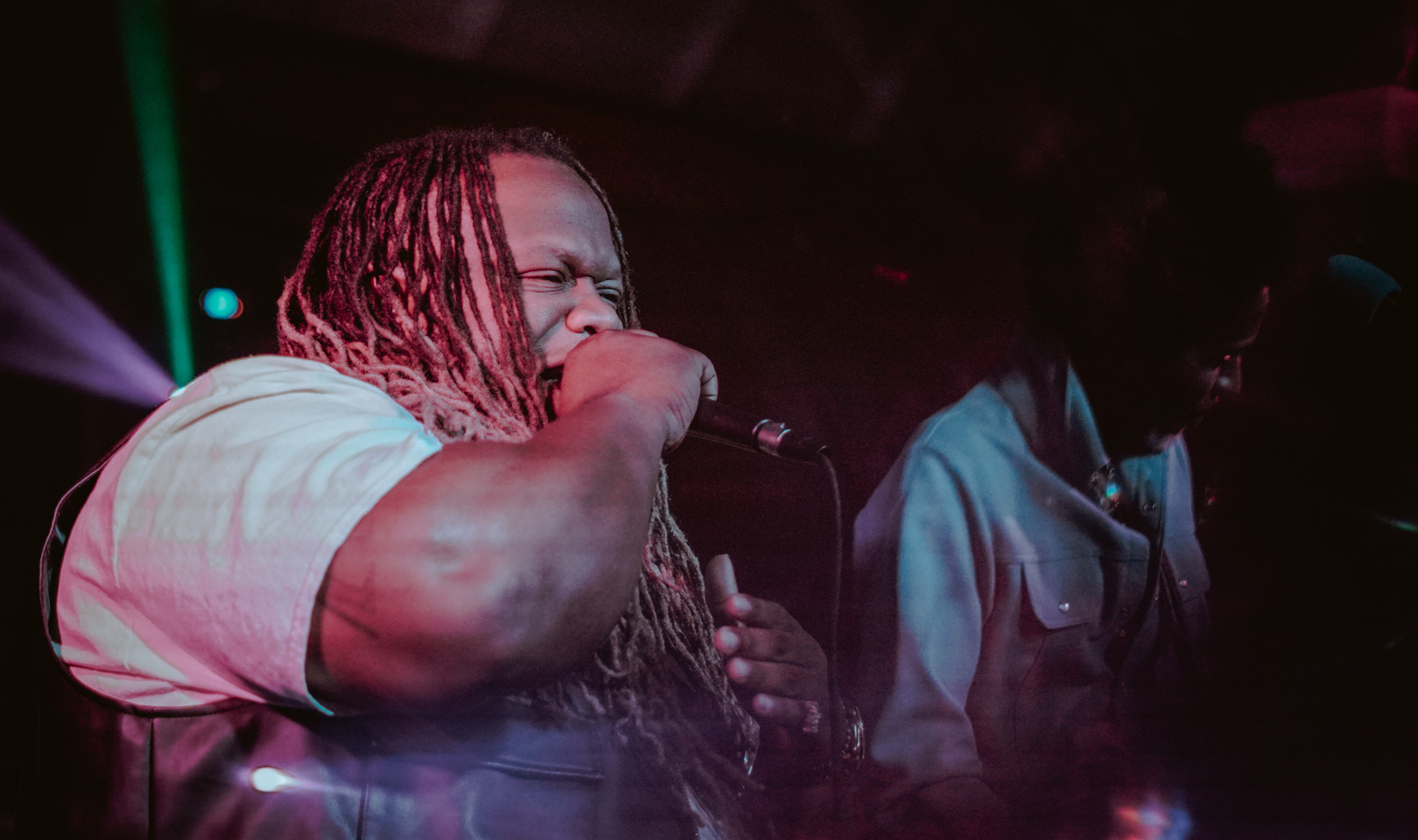 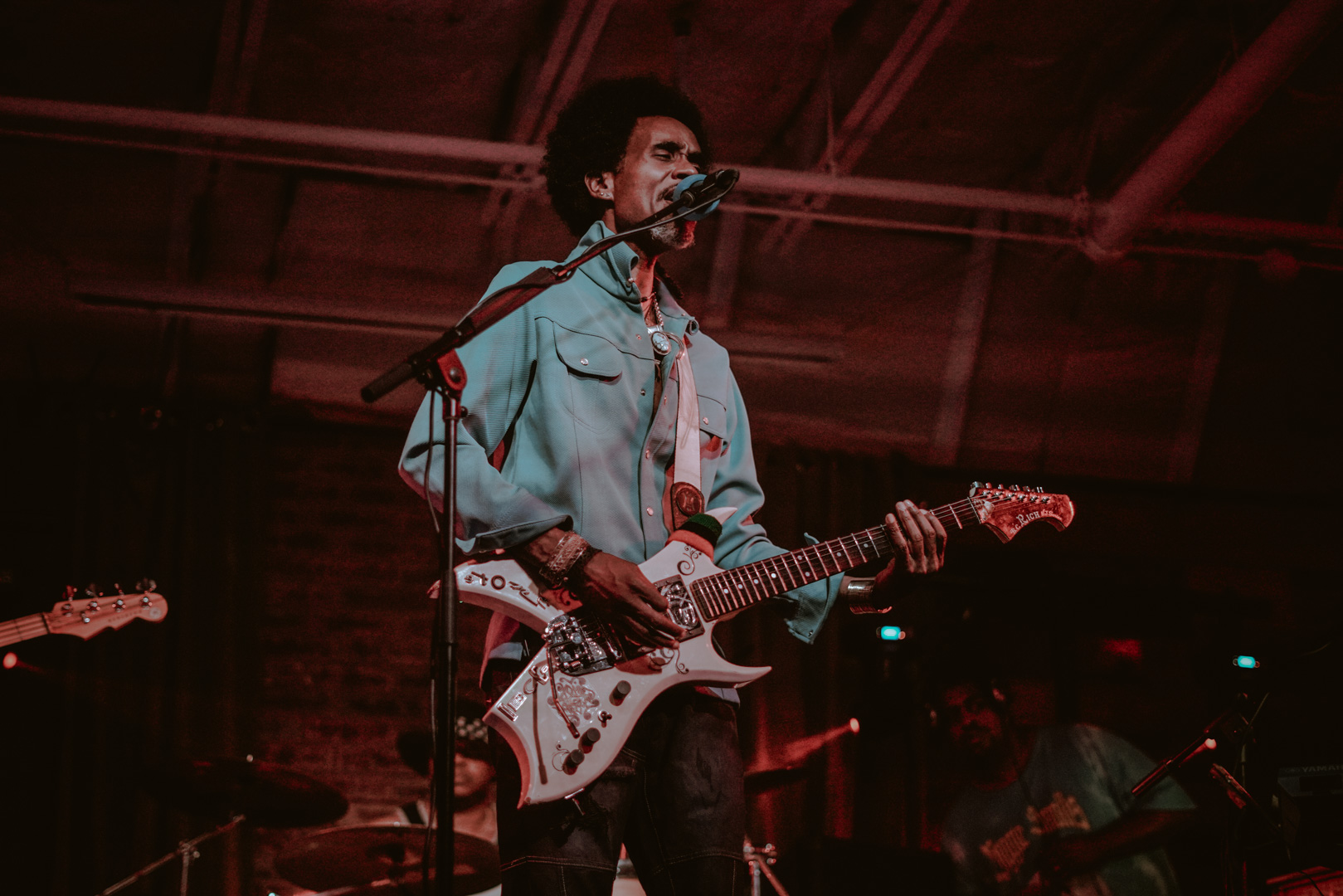 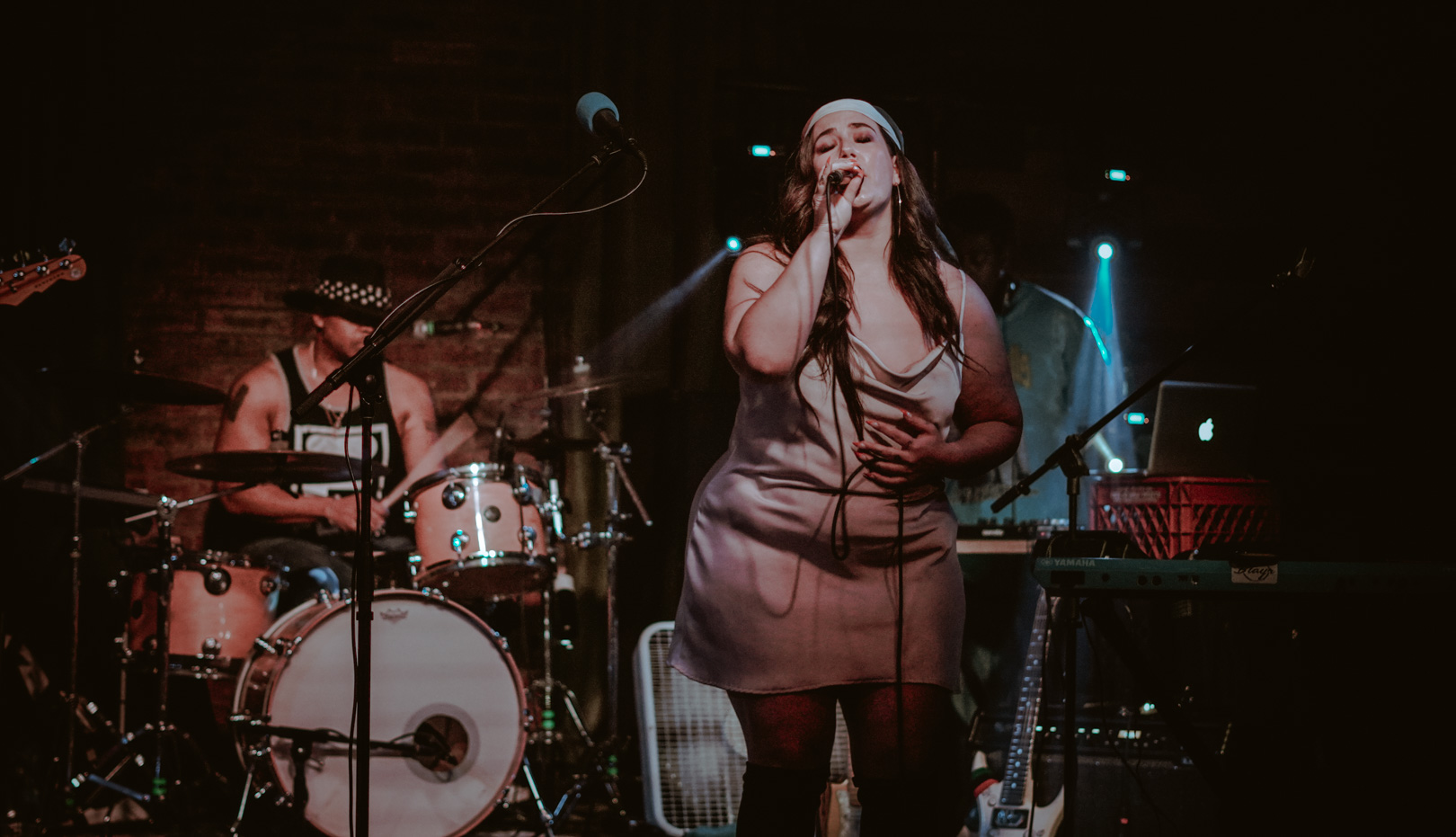 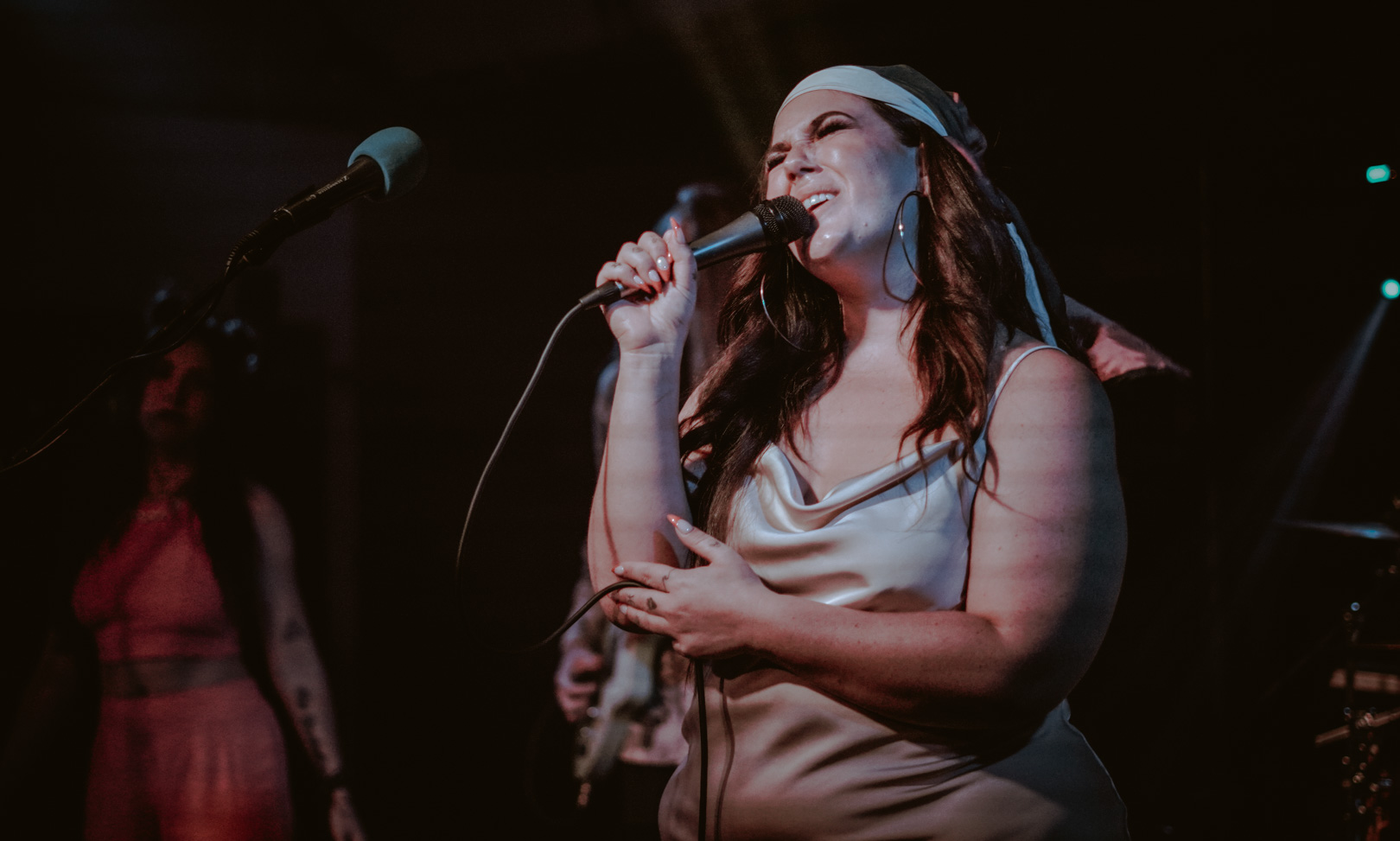