Lorelei K headlined at the Kessler Theater Friday night, bringing her unique and elegant performance to the heart of Oak Cliff in Dallas.

Leader of the band Dahlia Knowles shared her current aspirations in an interview with KXT’s Preston Jones ahead of the show, emphasizing her love of touring and plans to continue the journey of sharing her music with the world. 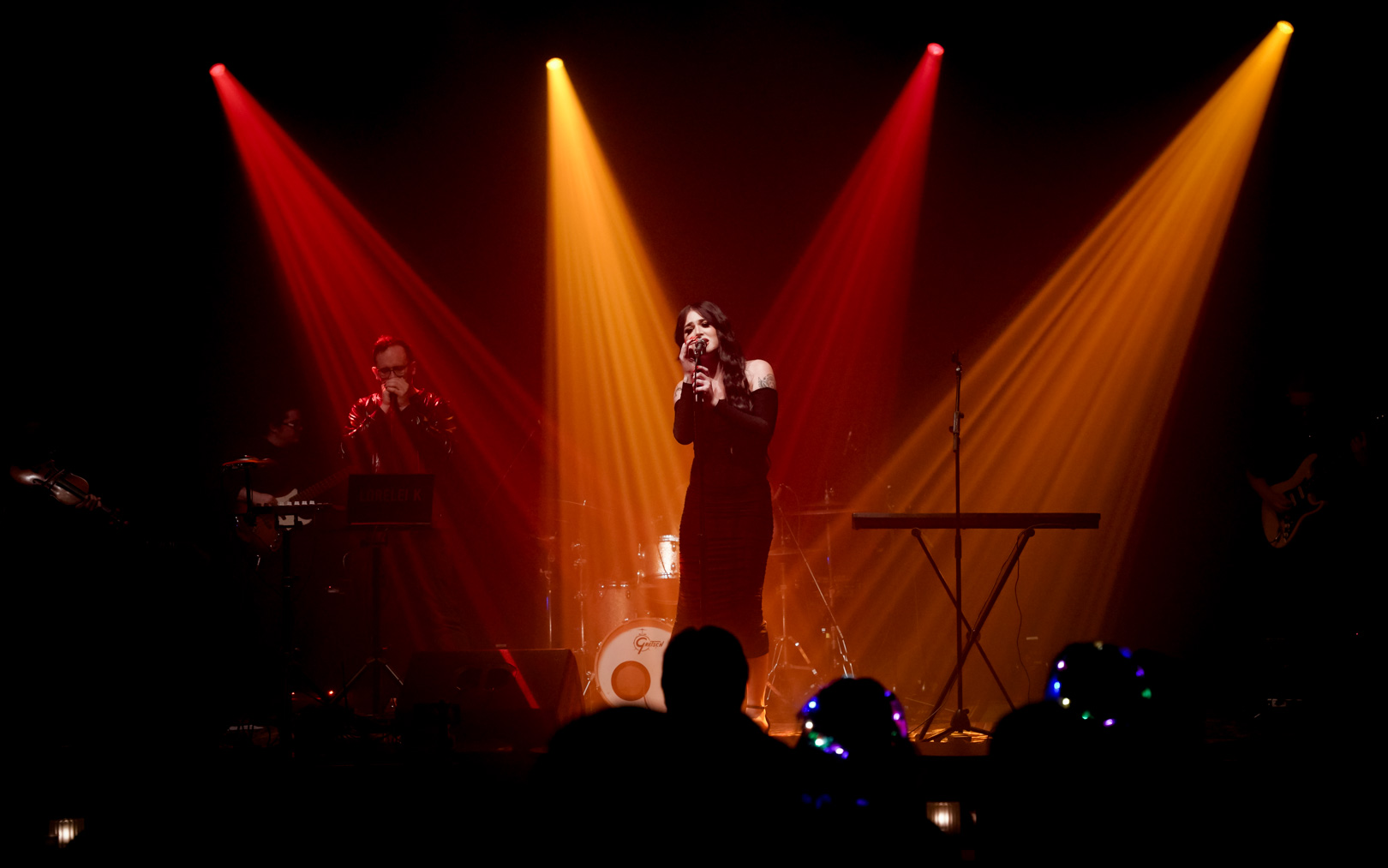 Lorelei K performed with her band to headline the Kessler Theater on August 19, 2022. Photo: Jessica Waffles 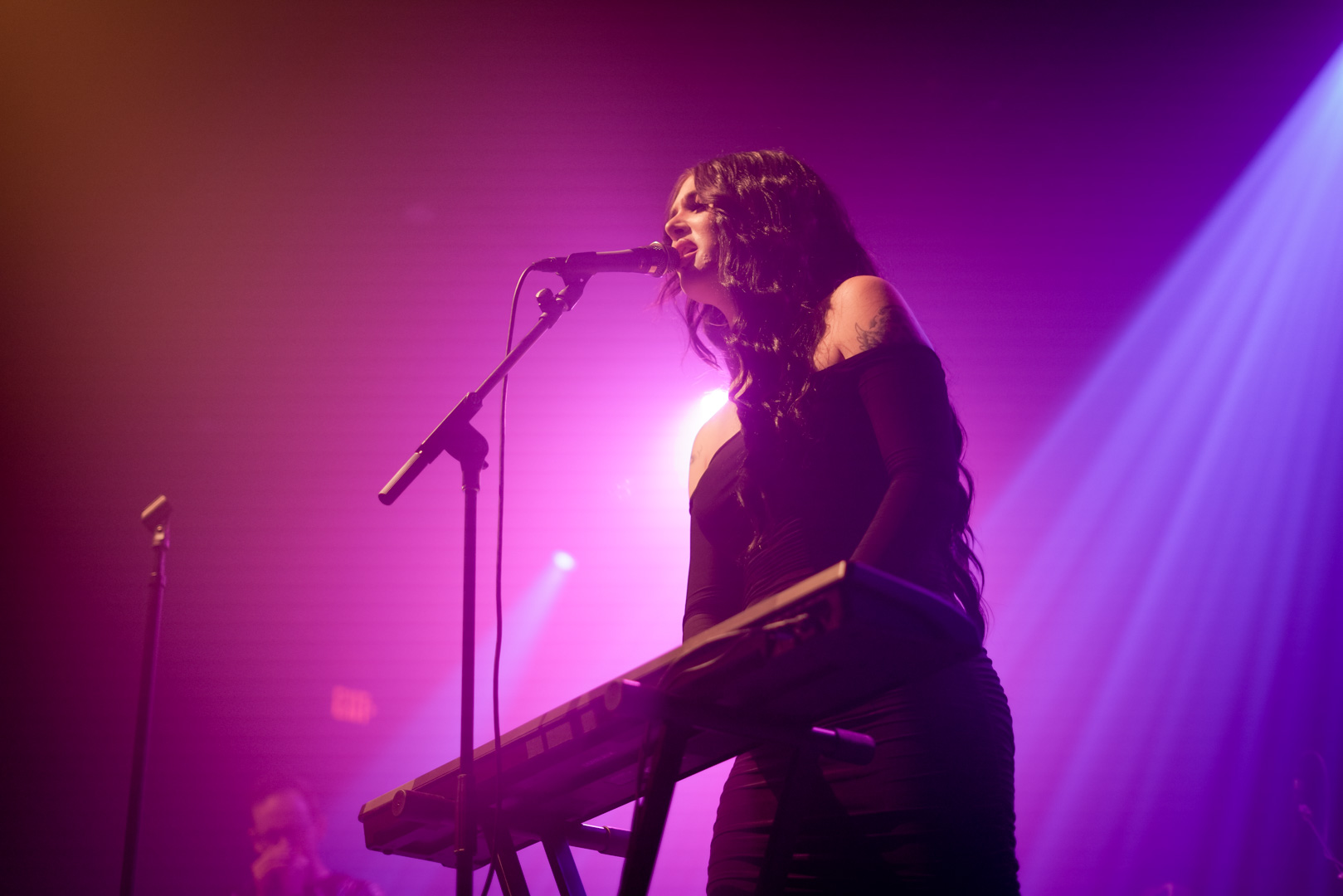 The dreamy set filled the room with a sea of exquisite melodies, playing unreleased songs and music from her February release Swimming Pool Eternity. 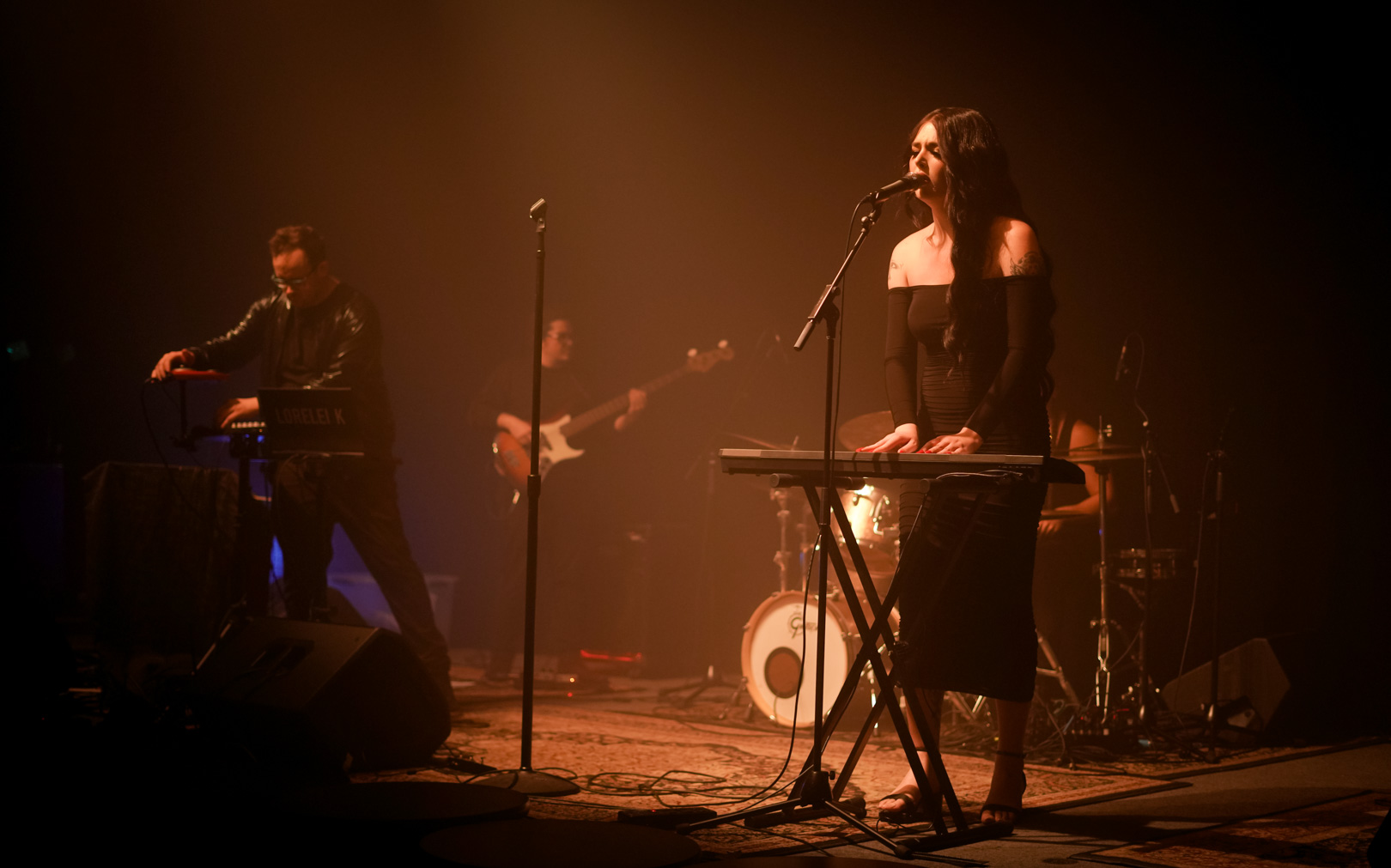 Lorelei K performed some of her set while playing keyboard while singing. Photo: Jessica Waffles 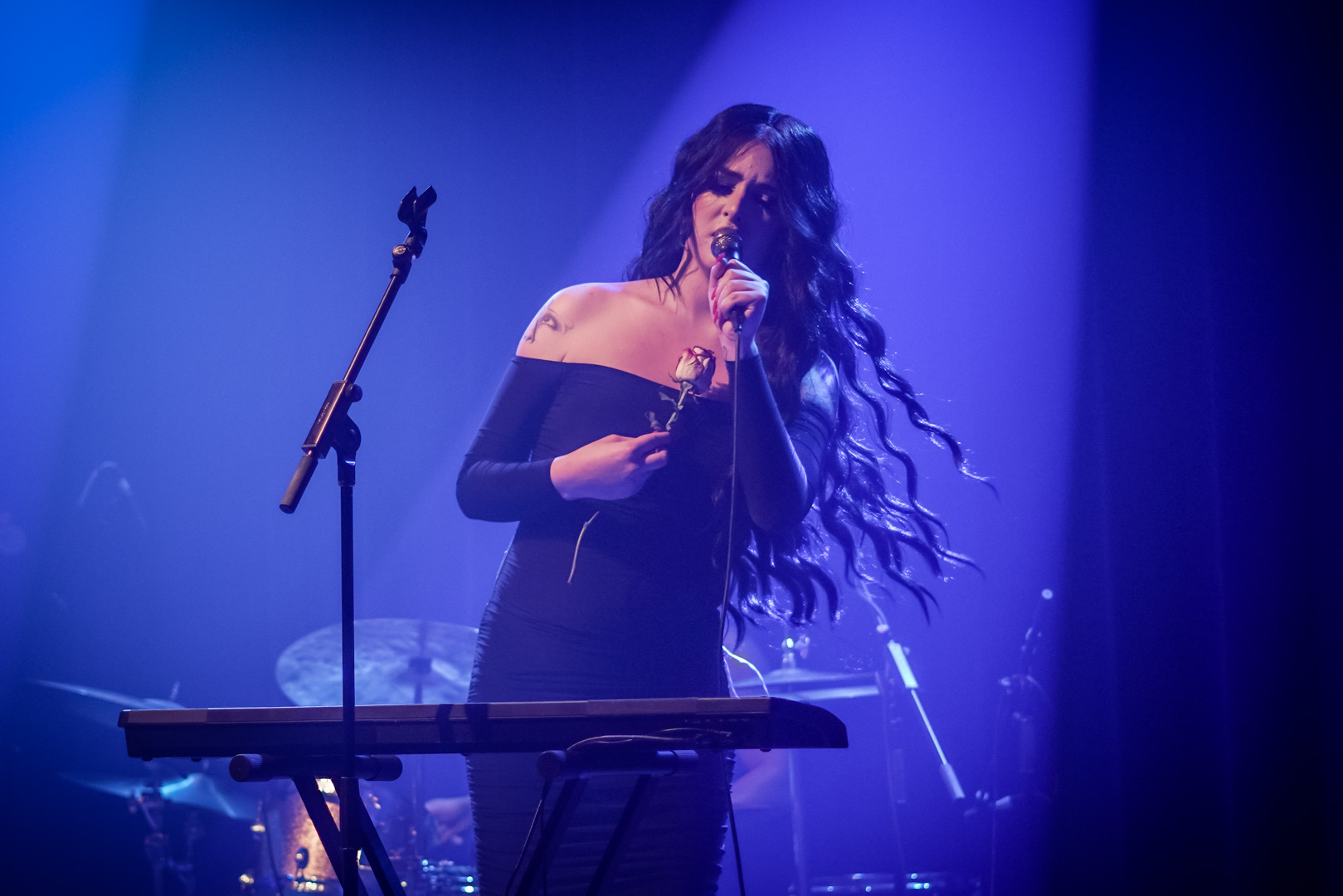 Lorelei K dedicated a song to a special person in her life while holding a beautiful rose. Photo: Jessica Waffles 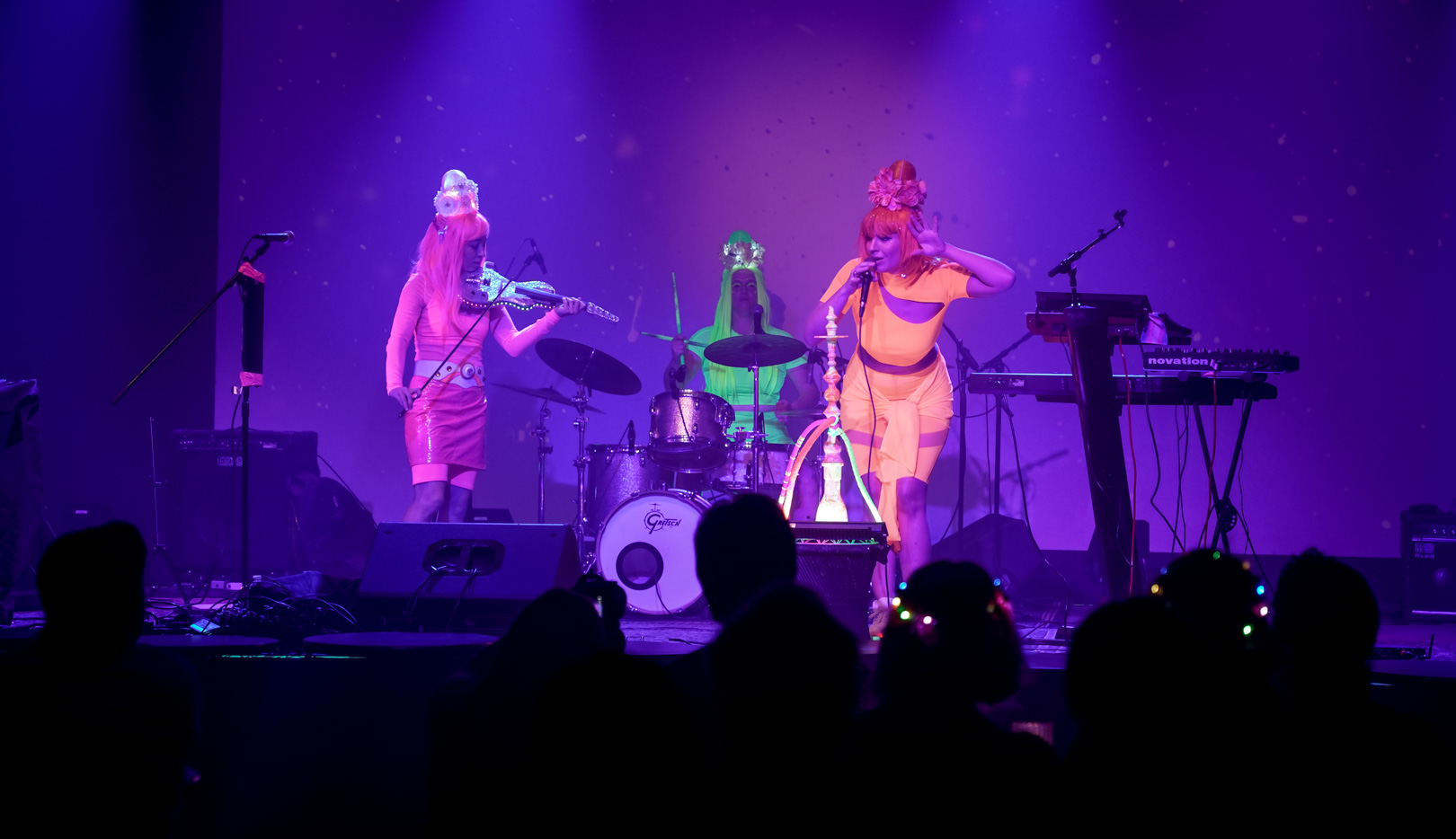 The Helium Queens ask the “earthling crowd” if they’re out there, seeing if they can get them to say hello. Photo: Jessica Waffles

The Helium Queens opened the show, setting the tone with ethereal space opera vocals and out-of-this-world stage presence that transported the audience to an alien world of their own creation.

The trio includes Poppy Xander on keys, Sharla Franklin on violin and Chelsey Danielle on drums. 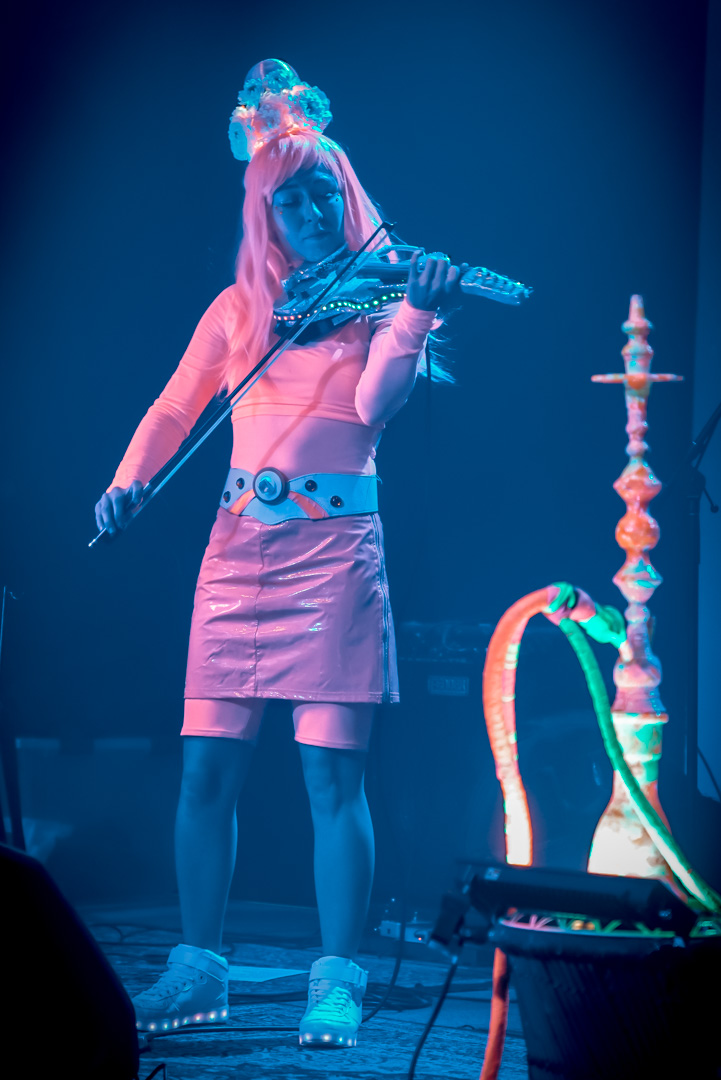 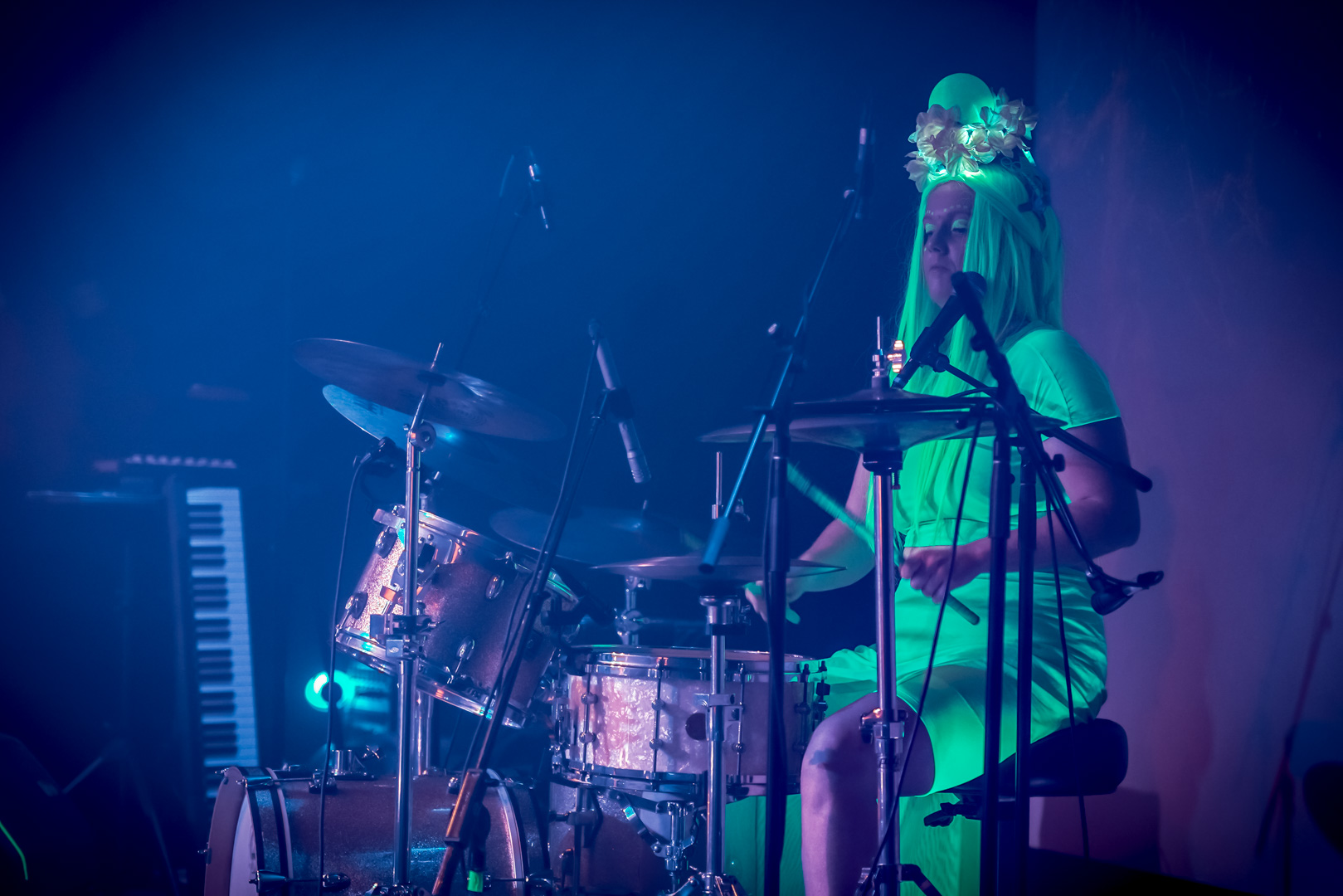 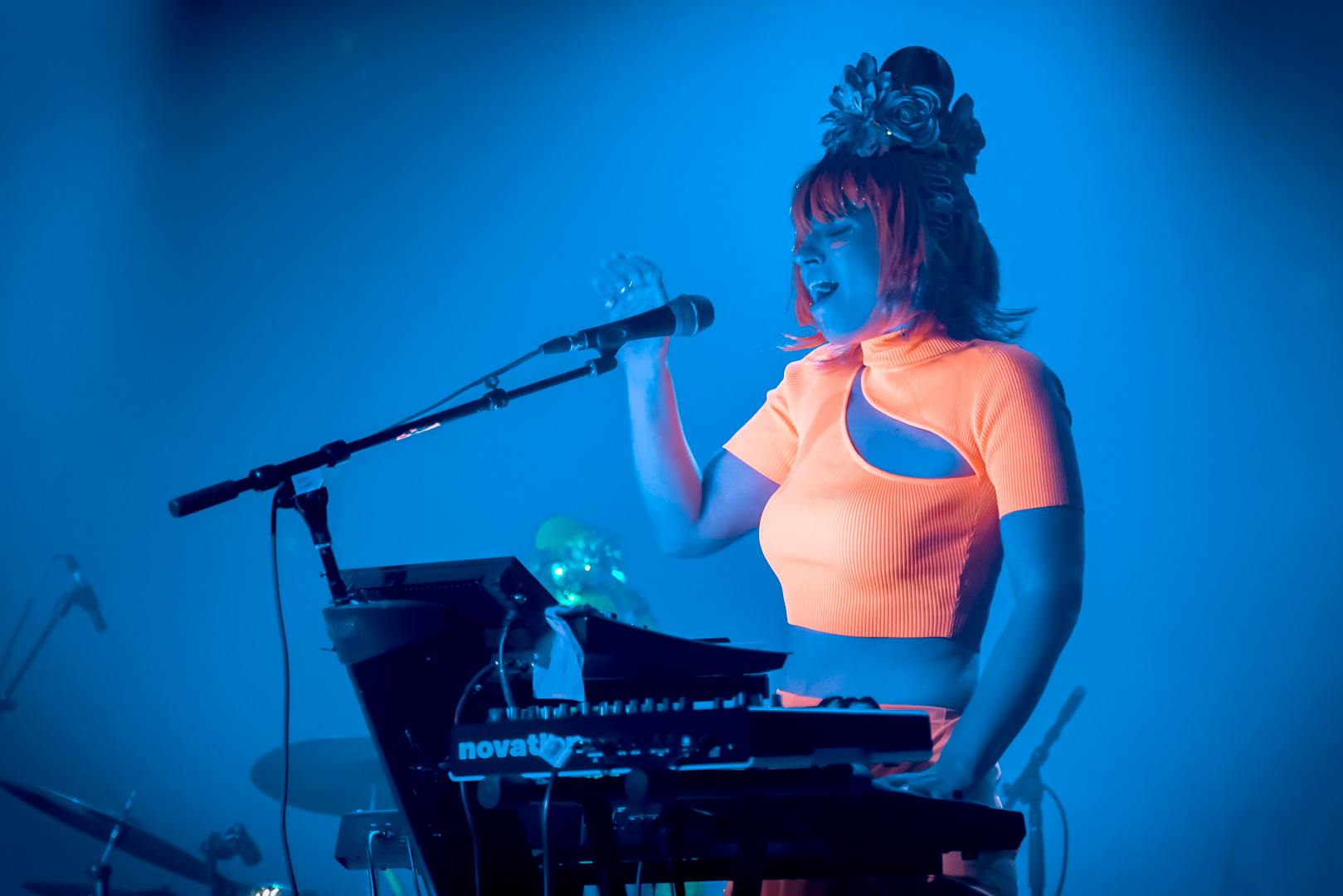 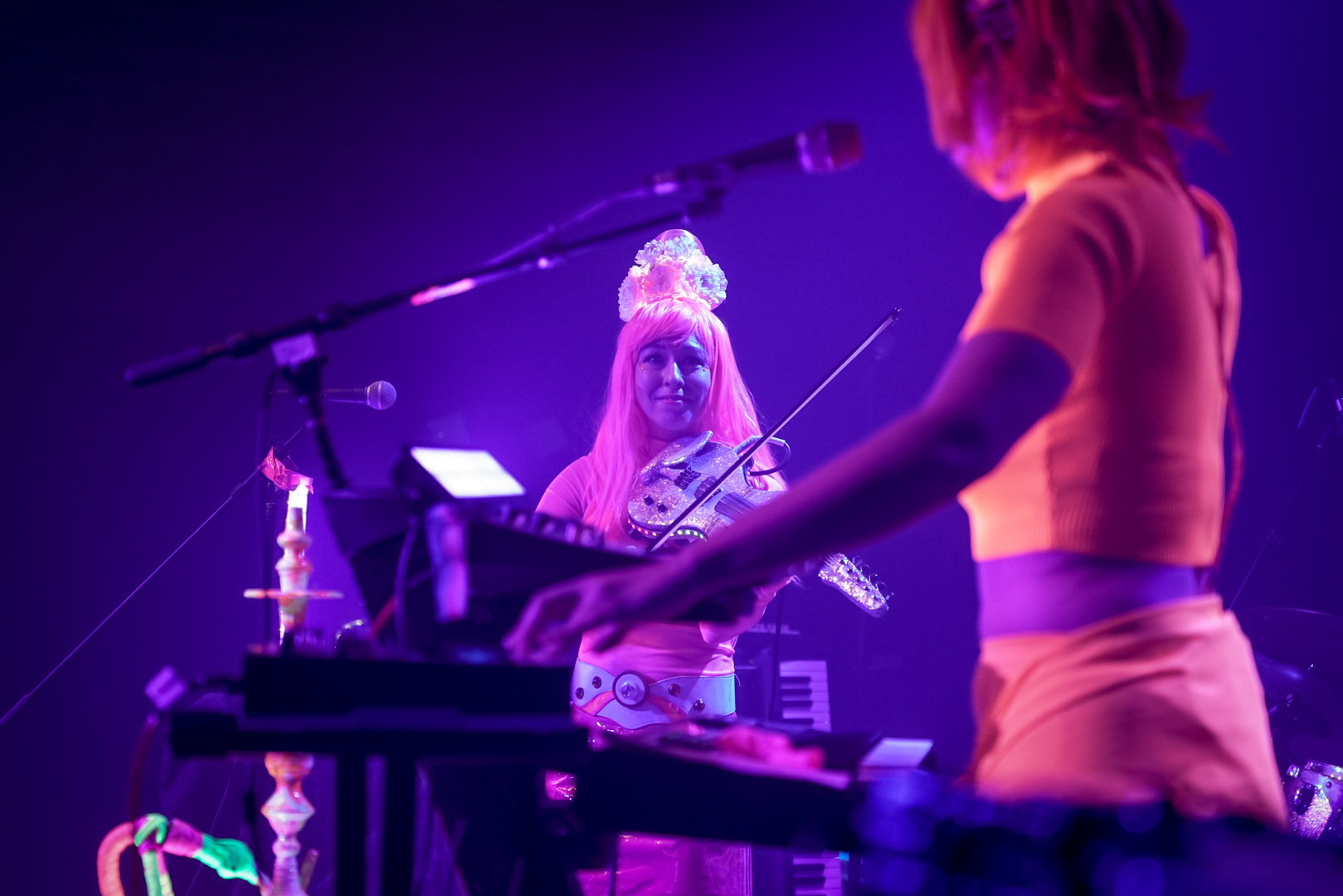 Helium Queens opened the show at the Kessler Theater, filling the room with haze to emphasize their blacklight stage setup. Photo: Jessica Waffles 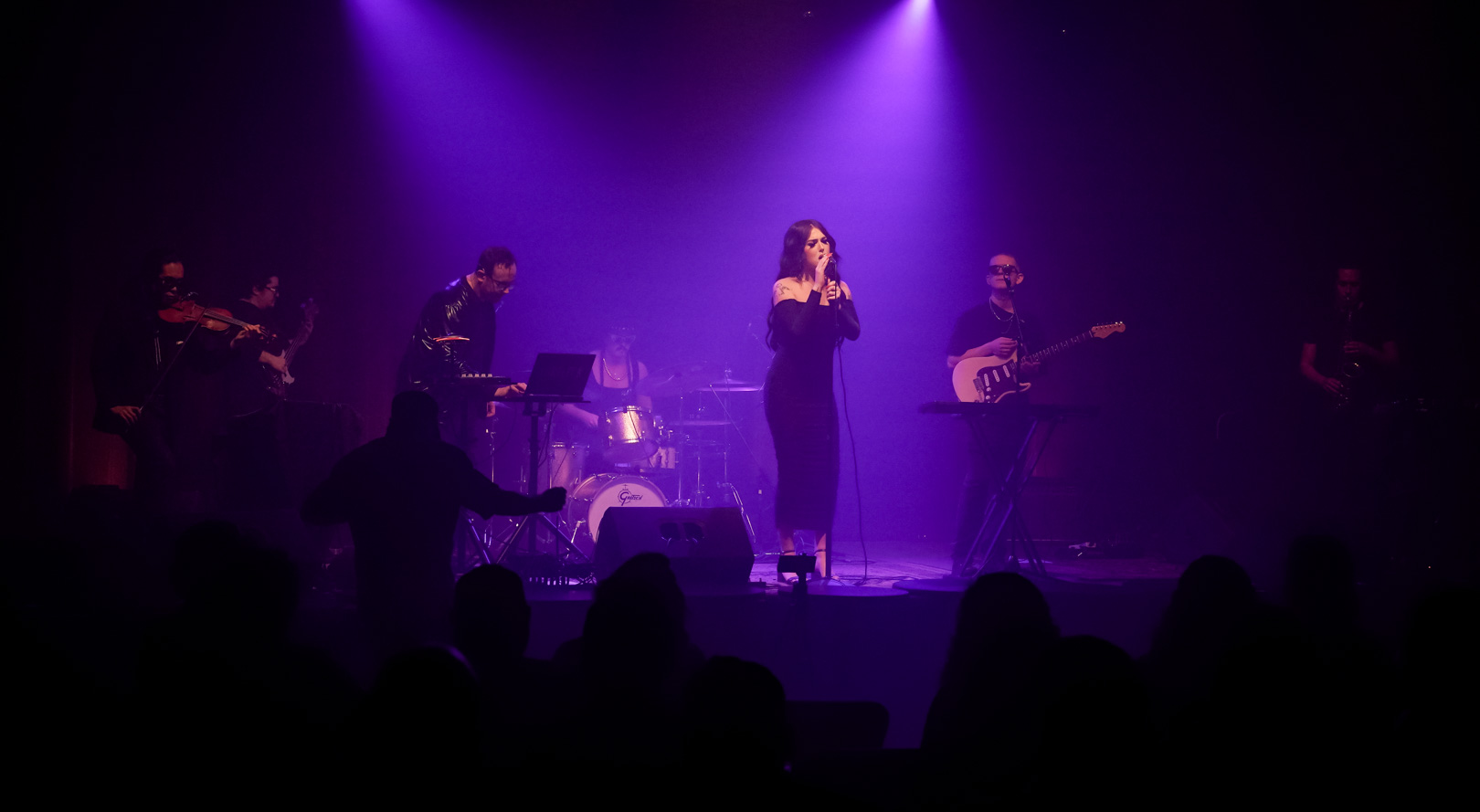 The elegance of Lorelei K’s presence on stage elevated the performance for the eager crowd. Photo: Jessica Waffles