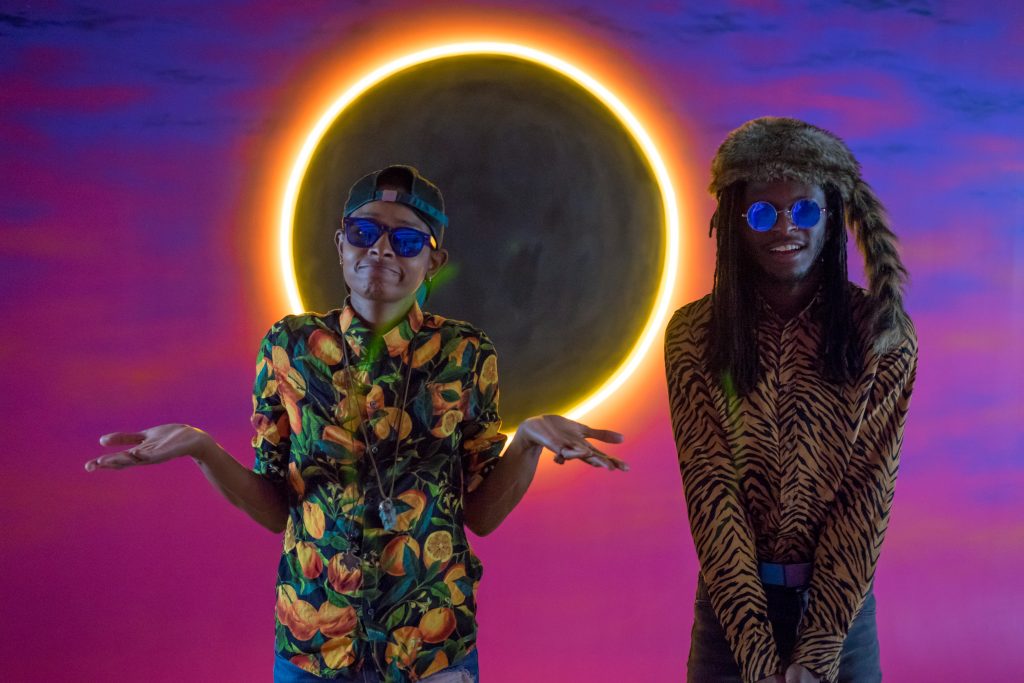 Brianne Sargent and Nigel Newton are each musical powerhouses. Sargent plays the cello, synth, and bass while Newton tends to focus more on vibraphone, synth, percussion, and keyboard. The two studied music in college: Sargent focused on composition and classical cello performance at Baldwin Wallace in Ohio, while Newton studied jazz composition in Boston at Berklee College of Music.

Both play in multiple bands: Sargent with Jah Born and Tha Beatitudes and the Polyphonic Spree (among others) while Newton can be seen performing with The Venetian Sailors, Thaddeus Ford, and more. When they come together, they serve a particular type of groove as the Skinny Cooks.

The group’s Facebook page describes the Skinny Cooks as “groovalicious”, but Sargent says the band’s sound is also “funky as a blanket”.

“There’s just too many things in there to pin it down,” Sargent said.

The duo’s eclectic musical tastes shine through in their new single “Leviathan”. Armed with the definition of a Leviathan (a type of big, scary monster) the two wrote the song in just one day.

“The main sort of keyboard riff was a little bit inspired by Herbie Hancock and the Headhunters and that kind of 70s fusion,” Newton said.

The duo continued to experiment with the sound, adding different elements until “Leviathan” had grown to hold true to the funkiness that the Skinny Cooks promise, while also managing to sound somewhat ominous at times. A mix of bass, keys, and vibraphone play gently underneath the perfect harmony of Sargent and Newton’s voices. Sargent seems to unleash at times, releasing the power of her vocals while singing the lyrics “What are you afraid of?”

“Leviathan is like that harrowing demon underneath that is always present. You’re trying to ignore it and stay focused, but it’s always there,” Sargent said. “It’s kind of a call to action to face your fears, basically.”

The Skinny Cooks will be releasing more singles in the future and are looking forward to performing live with a full band again. Keep up with the band (and all of Sargent and Newton’s various projects!) on Facebook, Twitter, Instagram, Spotify, and Bandcamp.