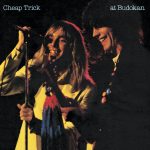 The Human Beinz, Rod Stewart on vinyl and Cheap Trick at Budokan — here’s what you heard this morning on KXT.

Wednesday was Tom Waits’ birthday, which I celebrated by drinking whiskey and listening to perhaps the best non-traditional holiday song, “Christmas Card from a Hooker in Minneapolis.”  It also reminded me of perhaps the greatest ever mash-up with the great Tom Waits and Cookie Monster.  After you watch it you will kick yourself for not… Read more »

Hayes Carll – I Don’t Wanna Grow Up Hayes Carll – “I Don’t Want To Grow Up” Hayes Carll is quickly becoming a Texan treasure. Originally from the Houston area, he moved to Crystal Beach, near Galveston and played haunts like the Old Quarter, the same places that his heroes Guy Clark and Townes Van… Read more »