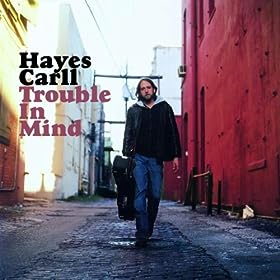 Hayes Carll is quickly becoming a Texan treasure. Originally from the Houston area, he moved to Crystal Beach, near Galveston and played haunts like the Old Quarter, the same places that his heroes Guy Clark and Townes Van Zandt played. On this track from his latest Trouble In Mind, he takes on another hero, covering Tom Waits, but with a sound that is distinctly his own.