Louis Prima, Tom Petty, Bob Schneider and an interview with Beck — here’s what you heard this morning on KXT. 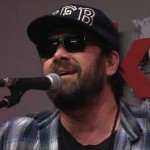 Win tickets before you can buy them!

Come on out and say hello to the KXT Street Team who will be out in force for the Bob Schneider show at the Granada Theater on August 31.

Bob Schneider, performing “Let the Light In” in front of the Kessler Theater in Dallas, Texas. On the Road series from KXT 91.7 and Art&Seek (by kxtradio) (Source: http://www.youtube.com/) 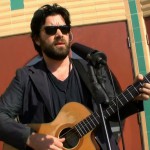 On The Road: After driving up from Austin to perform a double set at The Kessler Theater, singer-songwriter Bob Schneider agreed to play an acoustic version of “Let the Light In” in front of the venue for KXT’s “On the Road” crew.

Bob Schneider – “Metal and Steel” Austinite Bob Schneider has been making music for more than twenty years with bands like the Scabs, the Ugly Americans, and Joe Rockhead, though he has received more acclaim for his solo work of the last decade. Drifting in and out of major label deals, Schneider’s genre-bending sound has… Read more »

TODAY, Sept. 7, is your last chance to register to