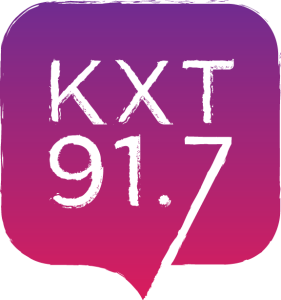 2023 is just around the corner and that means it’s time to look back at some of the KXT airstaff’s favorite releases from 2022. Did we miss anything?!? Vote for your own favorite releases of the year right here!!!  Then, tune in on December 30th as we count down YOUR favorite songs and take a look at some of your top albums! The poll closes December 23rd, so be sure to get your vote in!

Calexico – El Mirador: Calexico never disappoints. A great blend of Southwest, Folk and Roots music guaranteed to put a smile on your face.

Wilco – Cruel Country: Hard to believe this is the first time Wilco has done a country record. Let’s hope it’s not the last

PM Warson – Dig Deep Repeat: This album feels like it should have been recorded in the 60’s. A great throwback sound that makes you feel nostalgic.

Wet Leg – Wet Leg:  Wow. Just Wow. This record makes me excited to see what they do down the road.

Lyle Lovett – 12th Of June: It’s been a decade since we heard from Lyle. He picked up right where he left off solid song writing and a couple of great covers.

Seratones – “Good Day”: Seratones are going to be superstars.

Danielle Ponder – “Only Way Out”: What a voice.

Adia Victoria – “Ain’t Killed Me Yet”: Adia describes her music as Southern Gothic. Not sure what that is? Give this a listen and you’ll know instantly.

Beyonce – Renaissance: Beyonce’s 7th studio album came out at a time we all needed it. The high-energy dance tracks helped us get through the second half of 2022.

Lizzo – Special: The minute I heard the first few bars of Special’s opening track “The Sign” I thought the words “LIZZO IS BACK!!!”  Apparently, I wasn’t the only one that was excited- Lizzo picked up the People’s Champion Award at the People’s Choice Awards this year.

Bartees Strange – Farm To Table: Strange first caught my attention with his debut 2020 album Live Forever and I was eagerly anticipating the follow up. Farm To Table absolutely did not disappoint- the album features Strange’s signature blending of genres and showcases his stellar guitar skills and vocal range.

(Fun fact~ Strange was born in England and moved around with his military family before settling in my home state of Oklahoma. We found out when he came in for his KXT Live Session that he grew up listening to me on OKC radio! 😀 )

Sudan Archives – Natural Brown Prom Queen: Sudan Archives’ talent knows no bounds. The L.A based artist effortlessly blends elements of hip hop, R&B, indie rock and classical music to create a sound that is all her own. She even taught herself how to play the violin.

Vieux Farka Touré & Khraungbin – Ali: Touré is from the country of Mali and teamed up with Houston’s Kraungbin for Ali– an album that not only takes you on a musical journey, but also pays tribute to Touré’s late father. Ali Farka Touré was a singer and multi-instrumentalist that won multiple Grammy awards.

Bartees Strange – “Hold The Line”: Strange wrote “Hold the Line” after watching George Floyd’s young daughter talk about the death of her father. The song is as beautiful as it is heartbreaking.

Milky Chance – “Synchronize”: This song is just fun. One of my favorite things is how it mixes elements of indie rock with a 70s vibe that I don’t think I’ll ever get tired of.

Michael Franti & Spearhead – “Baby Let Your Soul Shine”: If you ever need a pick-me-up, Franti is your guy. His music is packed to the brim with positivity- including this upbeat song that sings the praises of a wonderful person.

Beyonce – “Cozy”: Beyonce is here to remind us that there is nothing better than feeling good in your own skin.

Lizzo – “About Damn Time”: IS THERE ANYTHING THAT LIZZO CAN’T DO?!? The way she used her flute to create disco was *chef’s kiss*.

Fontaines D.C. – Skinty Fia: Irish post-punk rockers with my  my most listened to album of the year.

Warpaint –  Radiate Like This: An album that radiates warmth and happiness – huge fan of the ladies from Los Angeles.

Yeah Yeah Yeahs – Cool It Down: First album in 9 years was worth the wait!

Foals  – Life Is Yours: Great grooves to get you moving.

Warpaint – “Champion”- I heard it a year ago and it’s been on repeat ever since – simply addictive.

Arcade Fire – “Age of Anxiety” – Just listen to the lyrics. Great build-up, too.

Florence + the Machine – “My Love” – Powerful, energetic and an absolute banger of a chorus.

Sudan Archives – Natural Brown Prom Queen:While this list is not in any particular order, I can say definitively, this is my favorite record of 2022 – I was absolutely mesmerized upon my initial listen, and just can’t get enough.

Vieux Farke Touré & Khruangbin – Ali:Ali Farke Touré is one of the most influential musicians to ever come from the continent of Africa, and with this album, his son Vieux, alongside Khruangbin, provide a sound that not only pays tribute to the late Ali, but creates something so unique, I couldn’t help but be obsessed after listening.

Drugdealer – Hiding in Pain Sight:  I’ve not spent much time in LA, but while listening Hiding in Plain Sight, I feel like I’m there, in the 1970s, driving around in a Lincoln continental on my way to drink martinis and get up to no good until the early hours of the morning. The best night-time driving album of 2022.

Wet Leg – Wet Leg: What can I say?  It’s contemporary post-punk greatness; fun, silly, and at the same time complex enough to make you think. This album is a blast.

Natalia Lafourcade – De Todas Las Flores:One of the most beautiful albums I listened to in 2022. An absolute journey from front-to-back, a swirling range of emotions, and so well produced. Not gonna lie, shed a tear listening to this one.

(Honorable Mention): Cate Le Bon – Pompeii: Cate did it again. This album is (sorry to use this word so much) mesmerizing; it pulled me in and left me feeling a strange combo of isolated and all encompassed (I promise, that’s a positive)

Alvvays – “After the Earthquake”: I love Alvvays – ever since the release of their 2014 S/T record – This song, molded around an awkward drive-thru breakup, just does it for me.

The Chats – “Ticket Inspector”: This track by the Aussie Shed-Rock trio is an absolute banger; from the ripping bass line, to the aggressively delivered vocals (done by the same bloke btw, frontman Eamon Sandwith) make for one of the best punk tracks I heard in 2022.

Wilco – “Falling Apart (Right Now)”:  Wilco is back, and twangier than ever, just a really fun country rock tune, I found myself singing to myself a lot in 2022.

Osees – “Scum Show”: Return to form, or a new hardcore direction for the LA psych innovators? Doesn’t matter because it’s 1.) loud 2.) fast 3.) makes you want to break bottles in the alley at 3am (please don’t, just do it in your imagination). I love Osees and wasn’t even mad when I got a little roughed up while standing near the pit when I saw them perform this live in Austin recently, it’s part of the magic!

(Honorable Mention): Plains – “Problem With It”: What a catchy track from Katie Crutchfield and Jess Williamson’s 2022 collab, a lovely song that has a home on an equally lovely record (I Walked With You a Ways)

Danielle Ponder – “The Only Way Out”

Michael Franti & Spearhead – Follow Your Heart: A needed shot of positivity for 2022.

The 1975 – Being Funny in a Foreign Language: The band changed their sound a bit on this record…changed, but still familiar pop rock

The Head and the Heart – “Hurts (But It Goes Away)”:  Poppy, optimistic, incredibly hummable.

Plains – “Problem With It”:  Timeless and instantly familiar.

OneRepublic – “I Ain’t Worried”: In the future, this song will remind me of 2022, heard blasting from my 13-year-old’s room behind a closed door.

Our work is made possible by our generous, music-loving members. Consider becoming a KXT sustaining member right here.