Some of the best gems are a little rough around the edges, and when you find one it can be one of the most pleasant surprises of your life.

That’s the vibe of Wayside Motel – a raw new band fronted by Cable Danielle, a songwriter who originated in Arkansas and landed in Dallas after a long life of traveling hitchhiking and hopping trains.

Wayside Motel’s debut EP Eleven AM Checkout includes four previously unreleased songs, ending with “Beg,” which can be found at the beginning of the video above. The band’s other singles “Finally Sober,” “Leech,” and “Check It Out” have been released in rapid succession since June, just two months after the band’s first show in April. The singles were produced by Hunter Stafford of Stafford Studios. 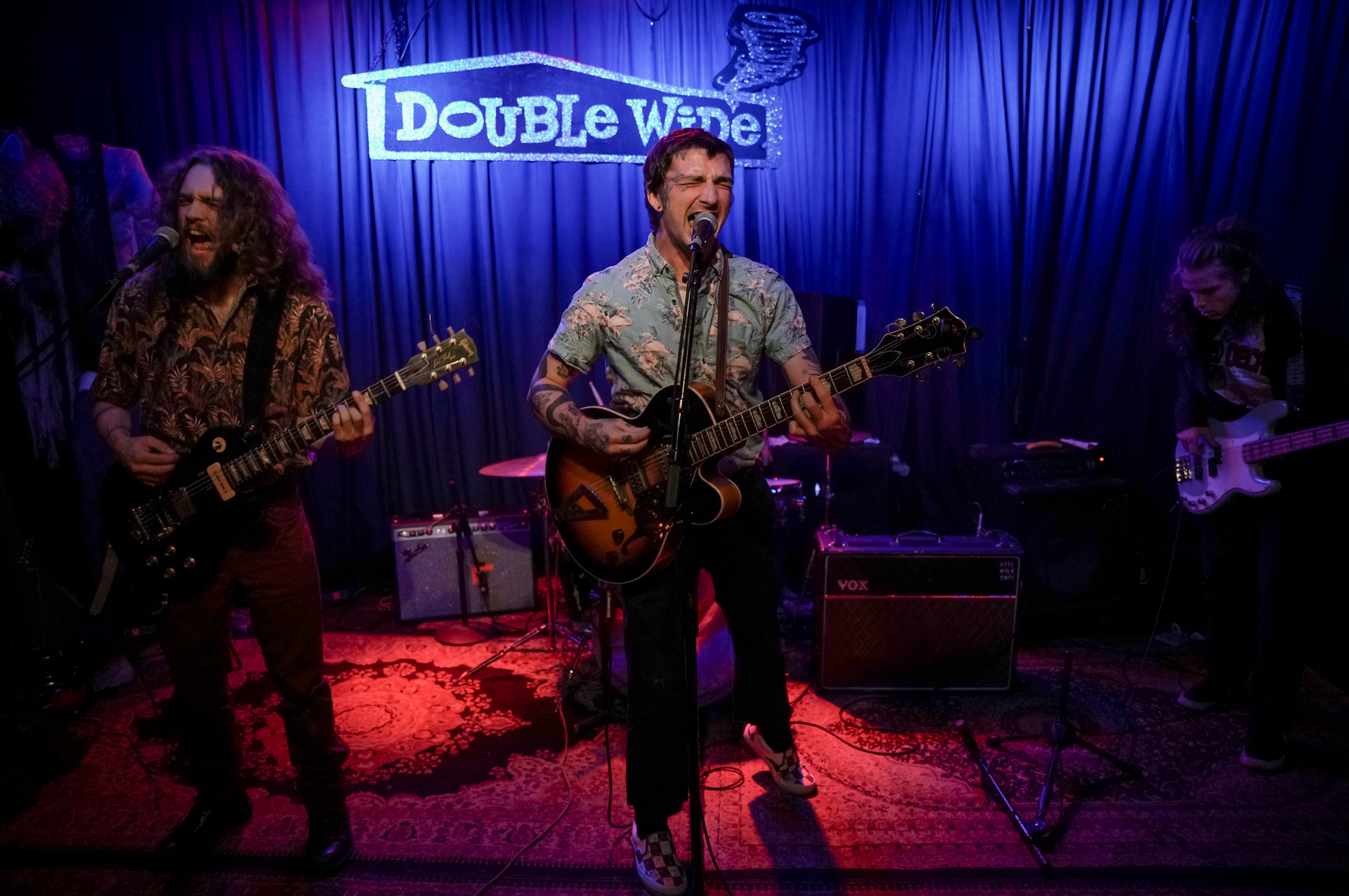 Danielle takes gratitude in the present when discussing the formation of his band, the progress they’ve made in just eight months of being together, and releasing music that shares a deeper part of himself.

“I’ve been working on writing for a long time. Finally somebody that’s not sitting on the side of the street listening to my music can hear it in their home, their office, their car,” Danielle said. “They can listen all over the world now. To finally be heard… it’s pretty emotional for me to be honest. I’m so proud to say that we did it.” 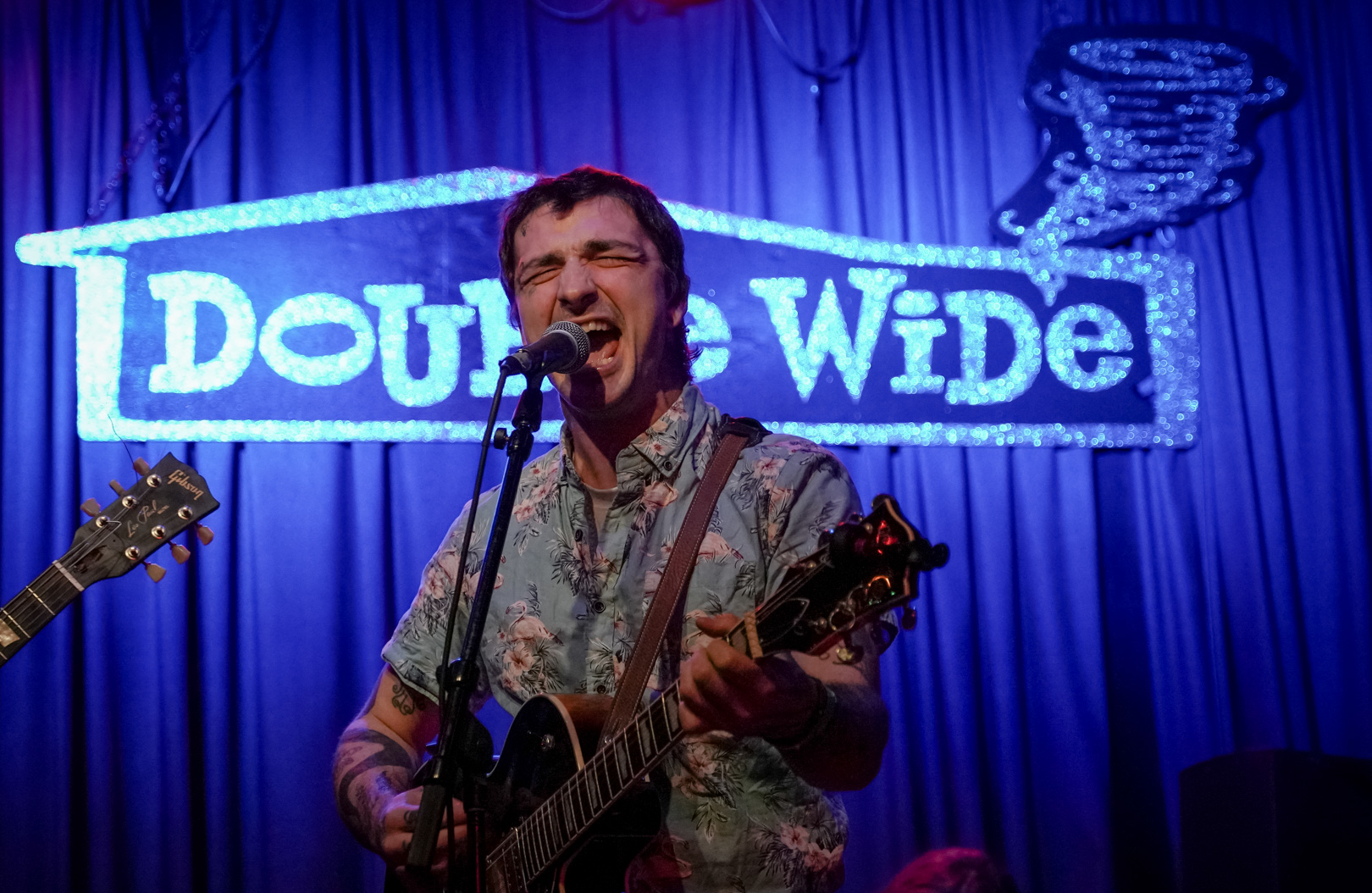 The lineup has been a little fluid before settling into the current players. Besides Danielle, drummer Arturo Offutt-Garza is the only remaining original member. Michael Mack, who also mixed and mastered the EP, joined the band on guitar and backup vocals in June, while bass is played by Brendan Bogus, although Joe Galate filled in on bass for the Double Wide show.

Also on the recorded tracks is Danielle’s brother Brendon Foreman playing harmonica, though he has taken a hiatus from the live shows.

“From day one I’ve been saying it’s a group effort,” Danielle said. “These guys work just as hard as I do to write these songs. I look up to these guys. They’re so talented and experienced, sometimes I can’t believe I get to work with them.” “I met Arturo our drummer in San Antonio because of Hunter. He dropped off Arturo with me and we camped out in the low sheds for like four days because it was sleeting and raining. We would just sit in the shed and play music together,” Danielle said. “I ended up hitch hiking to Dallas [in 2018] then left again. It was maybe eleven months ago I called Hunter when I was sitting in Arkansas like, ‘Ya know all those years ago when you asked me to come record? Let’s do it.’ And he came and got me.”

Since then, Danielle has been hyper-focused on his music career – giving it everything he’s got and making his rounds through the North Texas music scene. The band’s already played Three Links, Rubber Gloves Rehearsal Studios, Adair’s Saloon, Cave’s Lounge and Double Wide among the local music hot spots. Arturo Offutt-Garza has been part of Wayside Motel since its inception. Photo: Jessica Waffles

“I always had a really big imagination,” Danielle said about his inspiration to start writing music around age 16. “I had a dream once I had a guitar and there was a huge crowd. I always dreamt of being a musician before I was one. I woke up from that dream and the first thing I saw was my brother’s guitar sitting in the closet. I picked it up and went to the corner store and started writing songs.”

You might be surprised that Danielle is influenced by John Prine’s music, as Wayside comes with an edge that cuts through the clutter. They seem to be taking on a genre they’ve dubbed “Southern grunge.” “Recently Kurt Cobain’s vision on his mental health has really inspired me to keep going and not to break,” Danielle said. “A lot of people told him to quit and stop writing but he didn’t, he kept going. You never know, today could be the worst day of your life but tomorrow could be the best. As long as I’m further today than yesterday, that’s what matters to me. ”

There’s something to be said of Danielle’s prolific songwriting tendencies. He is constantly writing new songs, and isn’t afraid to play them. To end the show at Double Wide, the band played a song written just days before called “Bad Credit, Gold Tooth and A Pistol.” which can be seen at the end of the video above. “I’m so thankful for people giving us opportunities and believing in us,” Danielle said of the quick acceptance into the scene. “People like Scott Tucker [of Aztec Milk Temple] letting us open for them, it’s been nice to have people lend their ears to us.”

Catch Wayside Motel’s next shows before the off season November 25 at Killer’s Tacos in Denton and December 9 in Shreveport, LA. They will also be taking part in WIPxLIVE‘s Battle of the Bands on December 16 at Lola’s Fort Worth, raising money for the North Texas Food Bank and featuring nine other local artists: King Clam, Cherry Mantis, The Dirty Shirts, Gemini, RAVS & The Akrylx, Igimeji, The Blackwater Hose, Willy & The Wildcards, and Stymz.

Keep up with Wayside Motel on their Instagram page. 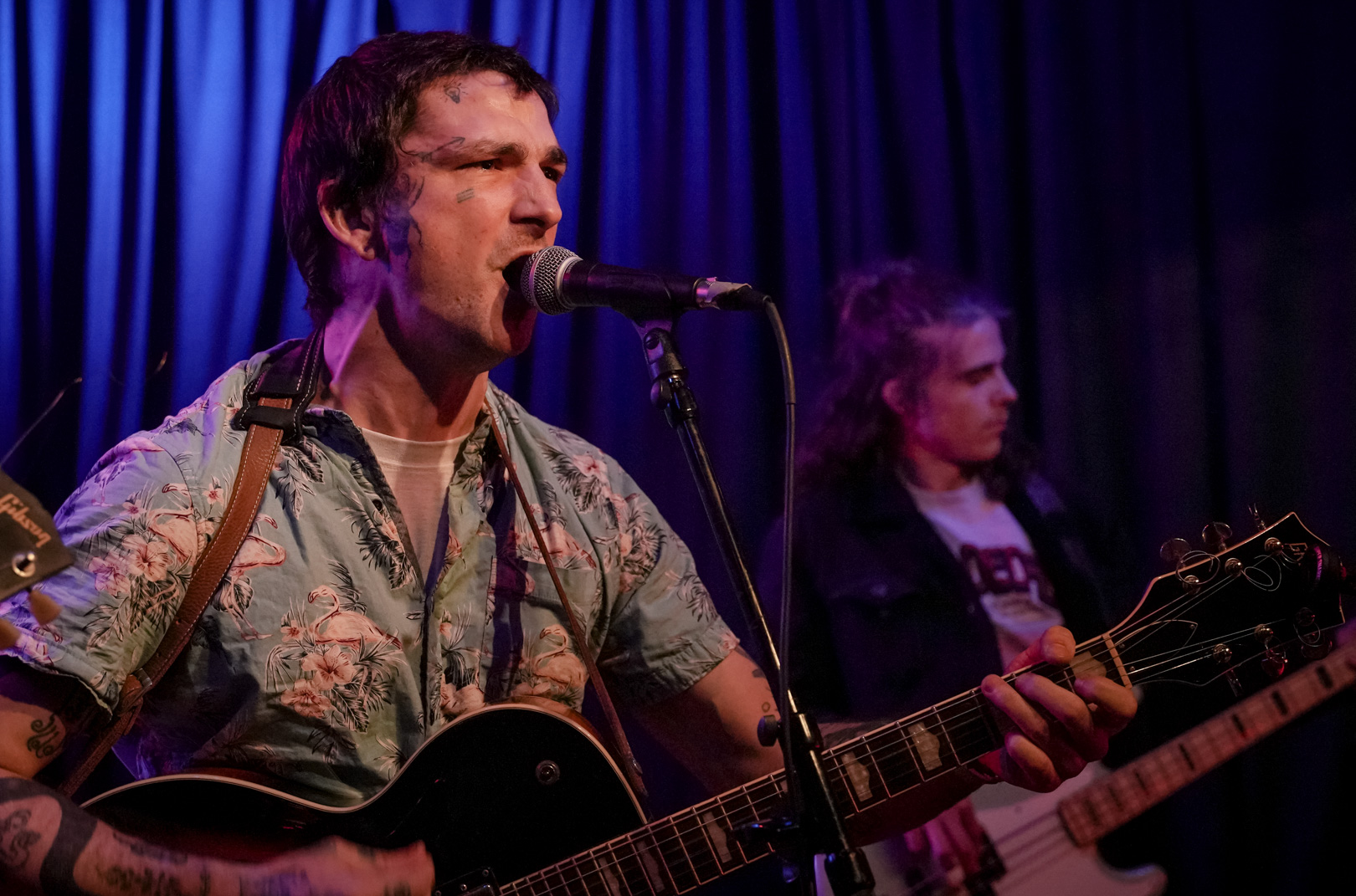 Cable Danielle is a behemoth of energy on stage. Joe Galate (right) filled in on bass for the show. Photo: Jessica Waffles The pair of bands joined together for a November tour that went through Austin, Arkansas, Dallas and Oklahoma last week.

Complimenting energies from the groups made it easy to see that alternative music is alive and well, giving music lovers something to look forward to on a cold night in Texas. Scott Tucker (formerly of The Orange) is the frontman of Aztec Milk Temple. This is his face when he breaks a string on stage. Photo: Jessica Waffles Vincent Martin of Aztec Milk Temple was a whirlwind of hair on stage at Double Wide. Photo: Jessica Waffles Aztec Milk Temple is a Texas-based neo-grunge project that brought the house down during their set at Double Wide. Photo: Jessica Waffles VEHICLES from Wichita, KS was on tour with Idol Records label mates Aztec Milk Temple for a stretch that ended with a night in Dallas and Tulsa. Photo: Jessica Waffles The VEHICLES sound is cinematic yet simple, dark yet hopeful. The guitars sing while keyboards change moods atop the bass and drums banging a thick foundation of bump. The vocals soar and rest like a flock of cranes in migration flight. (as described in their band bio) Photo: Jessica Waffles