The female-led Dallas band King Clam started out as a couple of new friends jamming at open mic nights in 2018, but would end up blossoming into a feminist sisterhood between singer Scarlett McPherson and multi-instrumentalist Skyler Chilton.

“She was the only woman who got me out of my shell musically,” Chilton said. “I only really saw myself as a songwriter that kept to myself, and she was like, ‘No let’s do something,’ and inspired me to start some kind of group, though I had never really seen myself as a musician in that way. It took a couple of years; we talked about it more than we did it for a while.” 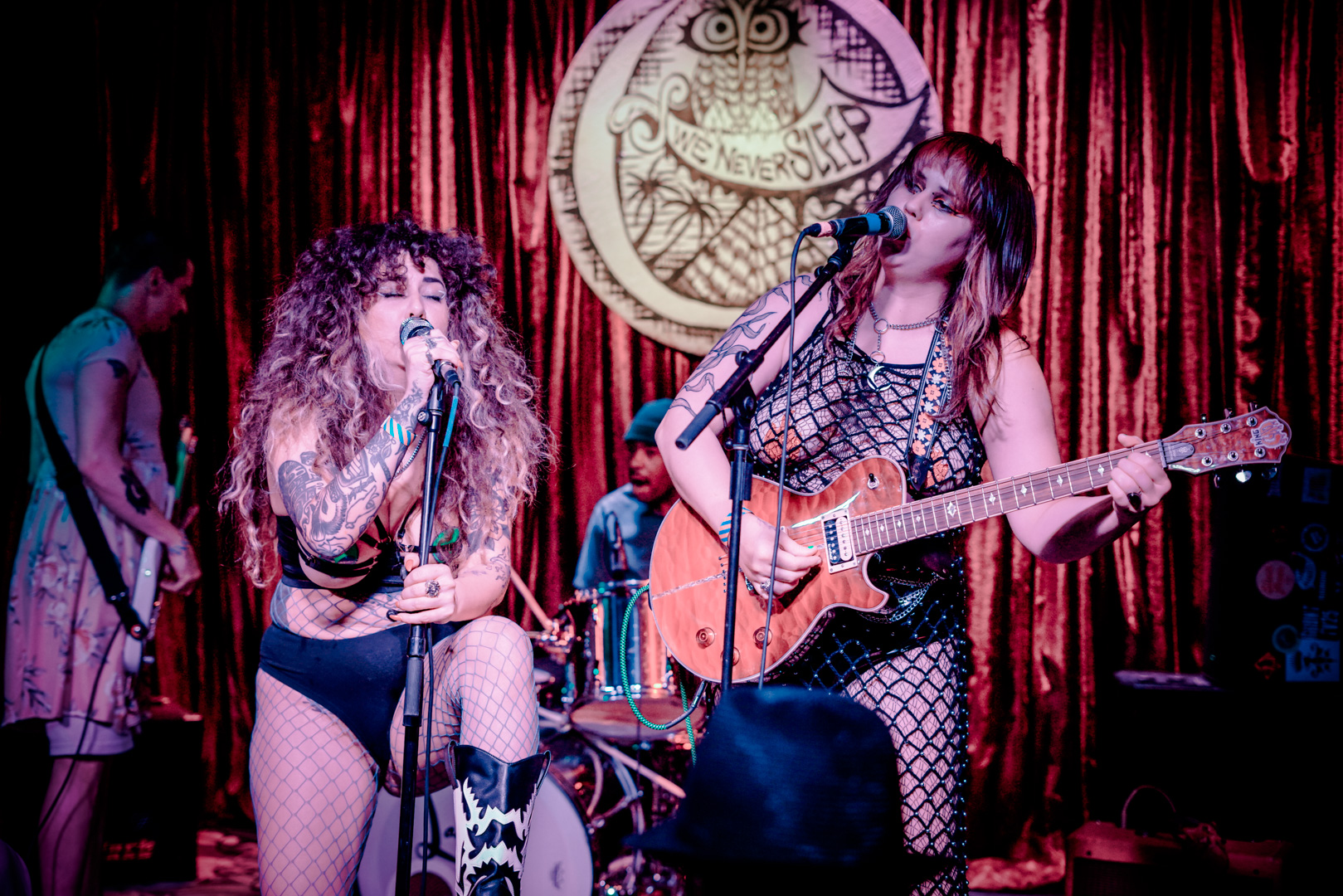 In late 2019, the two made a trip to China. They bonded through musical collaboration during their travel, much of which was fueled by Chilton and McPherson’s personal relationship troubles at the time. This camaraderie helped create the foundation of writing together, sparking inspiration between them.

During the writing process, Chilton will often bring a skeleton of a song, McPherson will add her lyrical input, and their bassist Austyn Williams will add his ideas into the mix.

Their genre-blurring music has notes of grunge, psych, blues, classic rock and metal, but is not conformed to any particular style. It’s more of an amalgamation of pure creativity without limits, writing from a place of emotion. 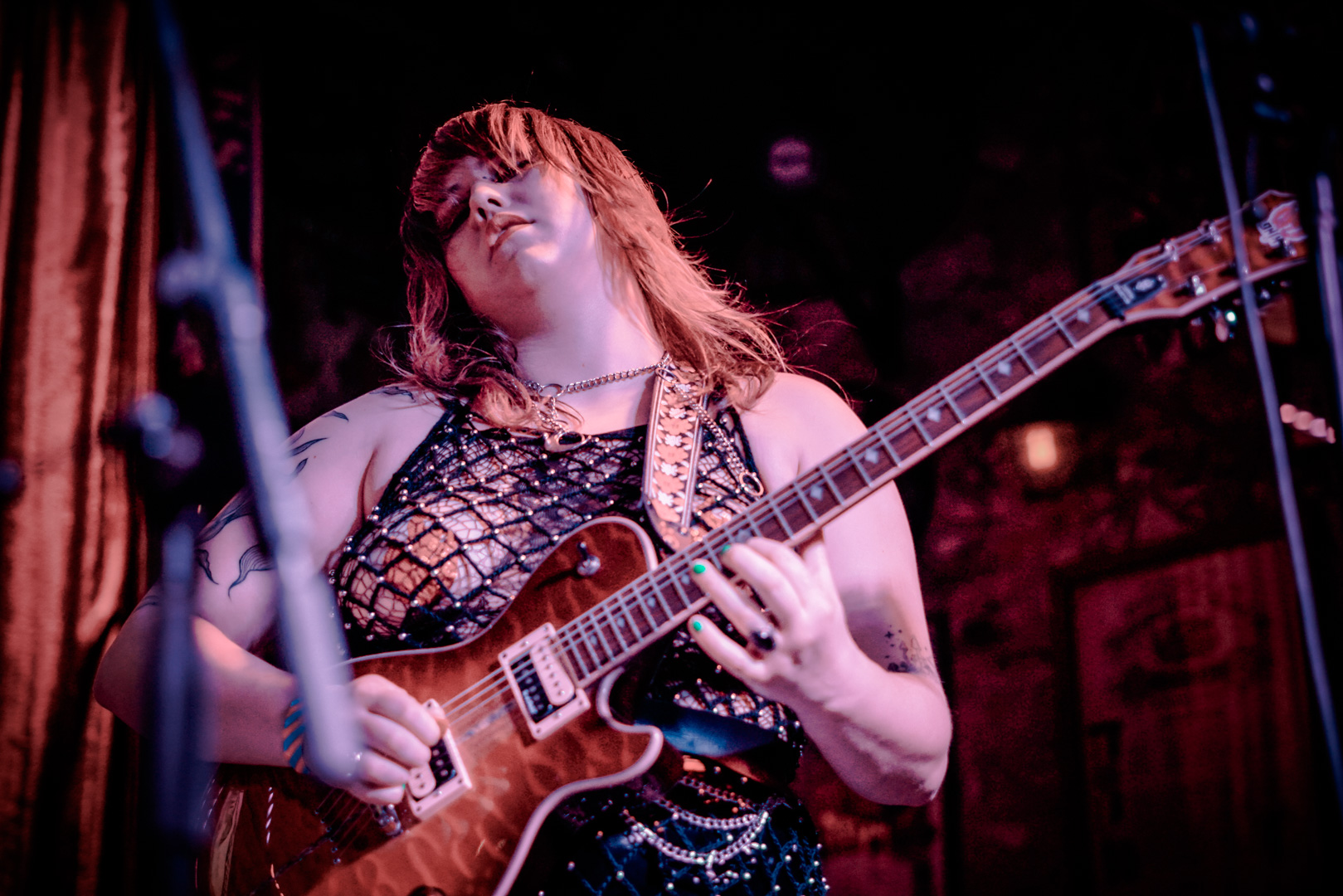 Skyler Chilton moved to Dallas about 5 years ago from Brooklyn, and has since staked her claim in the North Texas music scene. Photo: Jessica Waffles

When COVID happened, it gave Chilton and McPherson the time they needed to get their ideas together and dig their heels into making music as King Clam. “[Before COVID] It was really just that we were working our lives away, unable to be creative because we were so drained from everyday life,” Chilton said.

The band made their stage debut as a band at The Free Man during an open mic, when Williams signed up the group to play.

“We performed for everybody for the first time that night, and it was like, ‘Ohhh.'” McPherson said. The crowd was responsive during the 4-song impromptu set, and the energy between the band and crowd was palpable.

“It took that [performance] to get me to understand that people would actually even listen to what I make.” Chilton said. “I was like, ‘Wow they like our songs?'”

The Free Man would turn into the testing grounds for King Clam during their first year, a home base to work out their original material and develop more stage confidence. 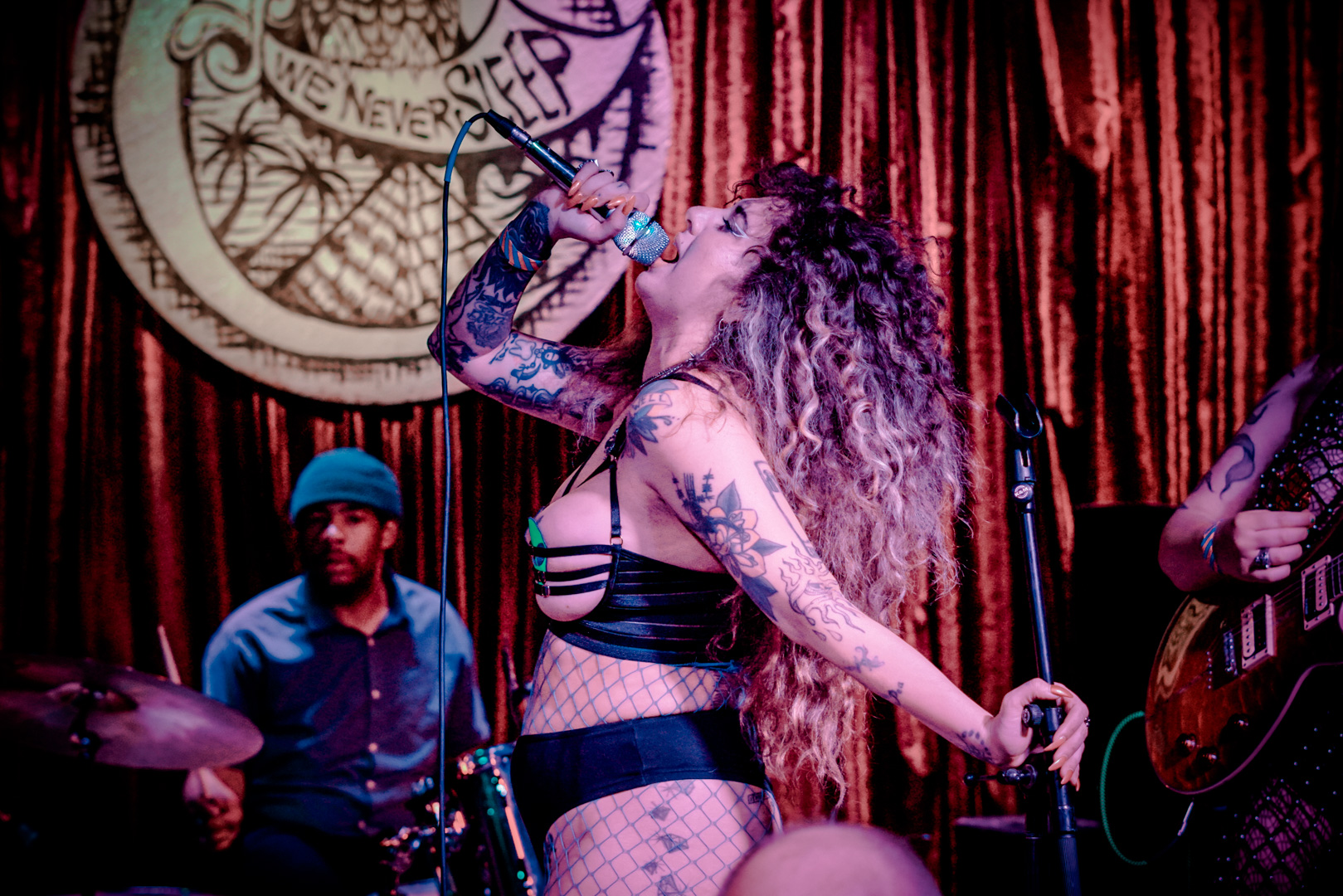 Their first official show was at Lola’s Saloon in Fort Worth in February of 2021, supporting The Effinays.

After that, the project started to blow up from word of mouth, and they got offers to open up for shows all over the metroplex. “We said yes to everything,” McPherson said.

“People said you can’t play that many shows, but I wanted to get us as much exposure as possible,” Chilton said. “Playing shows gave us that experience you can only get by doing it a lot.” 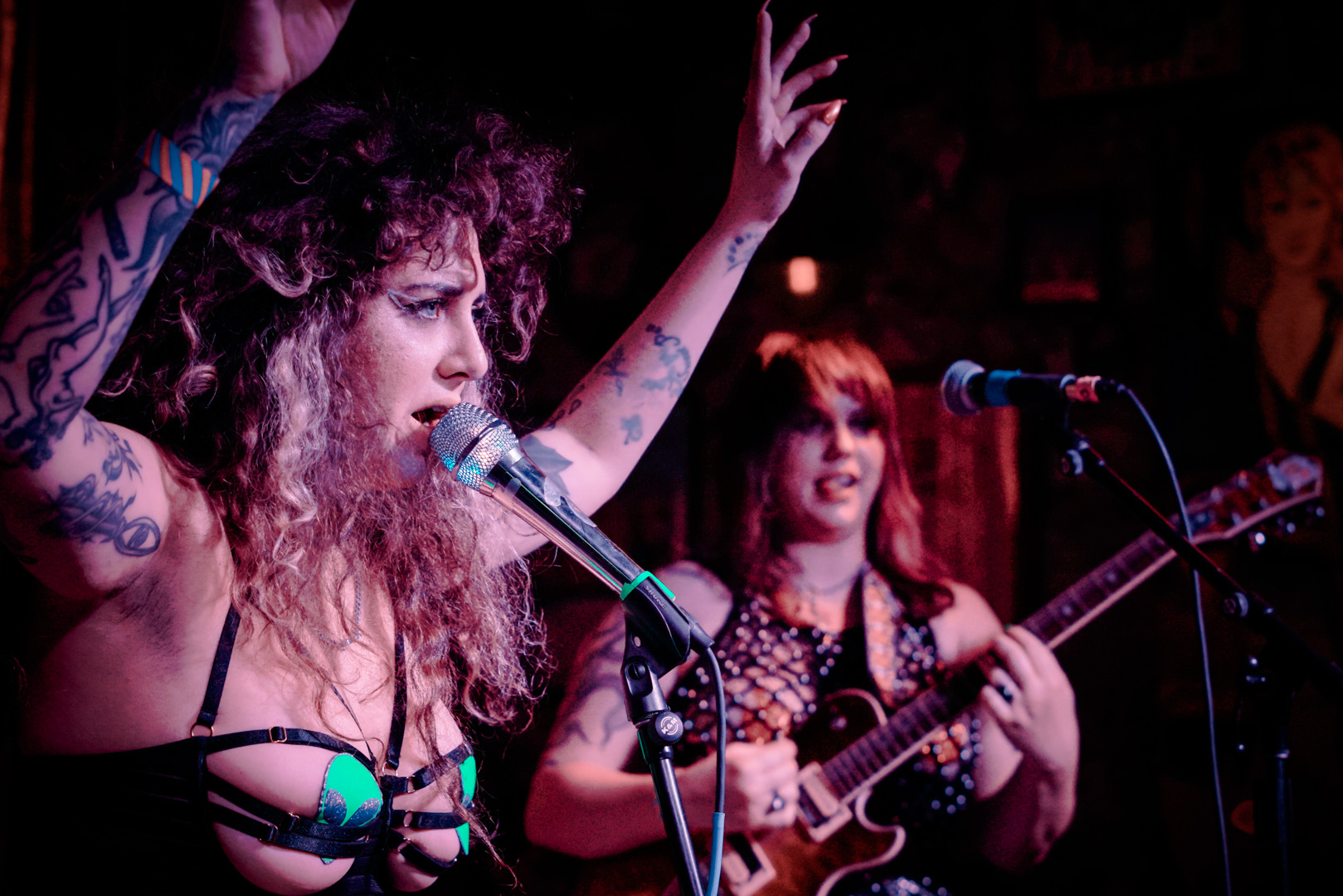 King Clam’s rock & roll vibe comes from the raw energy of the front women, enticing the audience to get wild. Photo: Jessica Waffles

“Body positivity is a big thing for us,” McPherson said. “We don’t wanna be put in a box when it comes to female energy. We want to release it as much as possible. Even if it’s intimidating or makes people uncomfortable.” 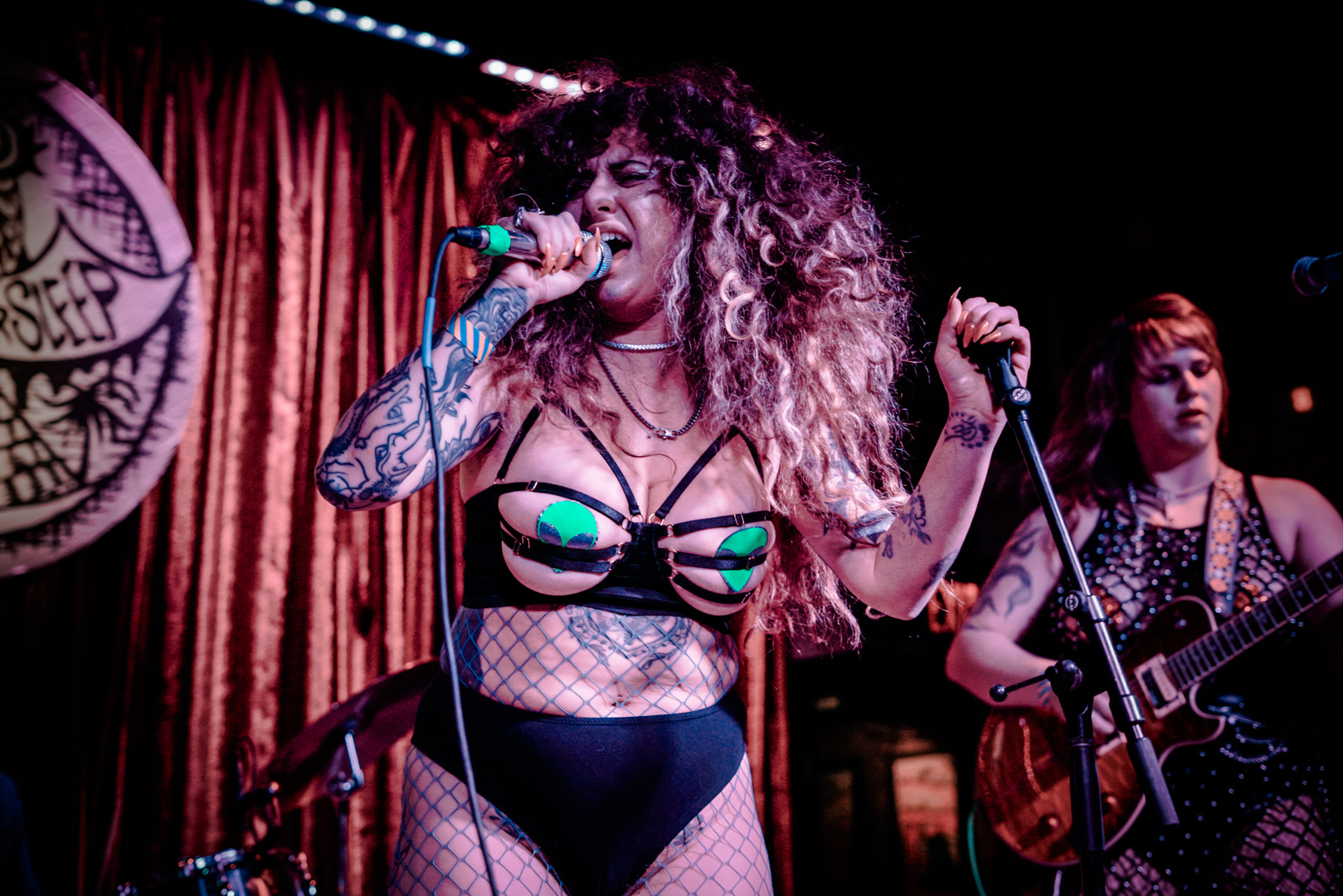 McPherson featured alien pasties in her ensemble, as the band gets ready to release their first single “Roswell” this Spring. Photo: Jessica Waffles

After unsuccessful recording sessions with other producers who were not a good fit creatively, Smith gave the band a positive experience that allowed an ebb and flow of collaboration during recording. The fact that there was a mutual excitement about working together helped put steam in the creative engine. 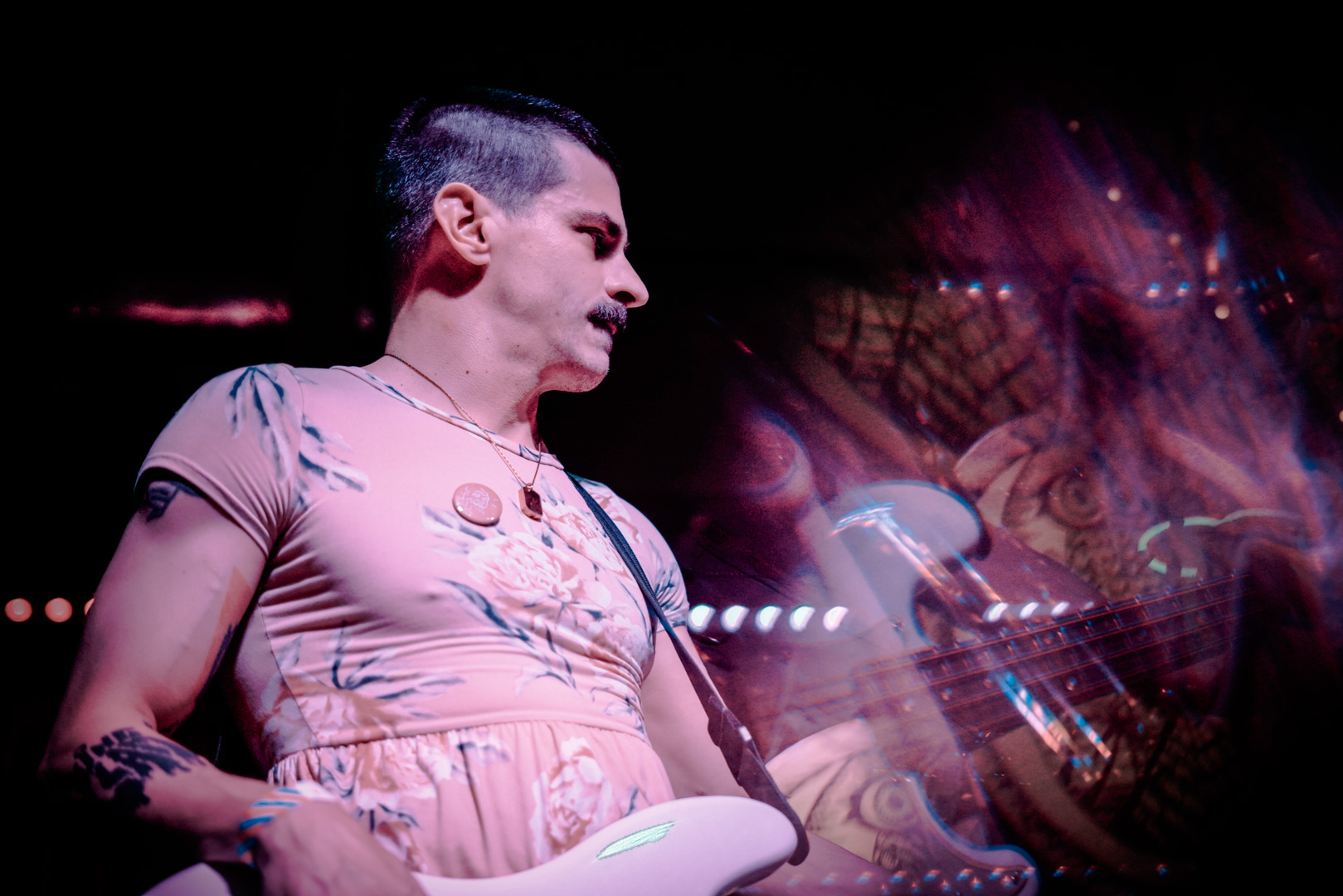 The single release of “Roswell” will come alongside alien-mermaid photos from a shoot that was intentionally put together with an all-woman crew, highlighting female talent in DFW.

The concept was planned for 3 months, originating from Creative Director Ashley Myrick, who also did all of the makeup for the shoot. Hair styling was done by Erica “Air” Omile and Shelbie Monkres was the photographer.

There is a release party in the works, with details to be announced soon.

The band has some shows coming up where you can check them out live, including April 30 at Double Wide for the Dirty Shirts album release, and June 10 at Main at South Side with female-led band Daisy Chain from Chicago. 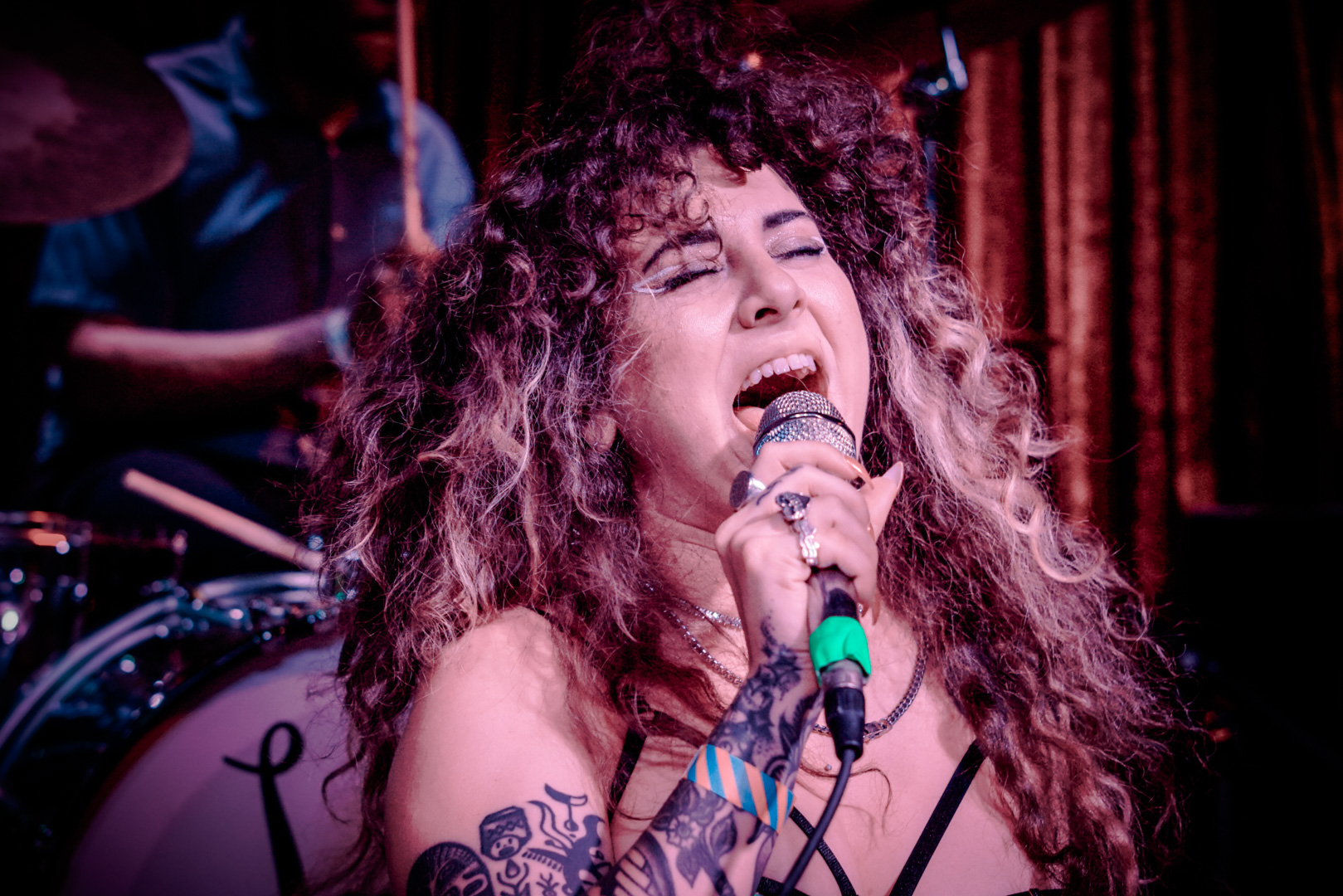 Scarlett McPherson leaves it all on the stage at Three Links on April 9. Photo: Jessica Waffles 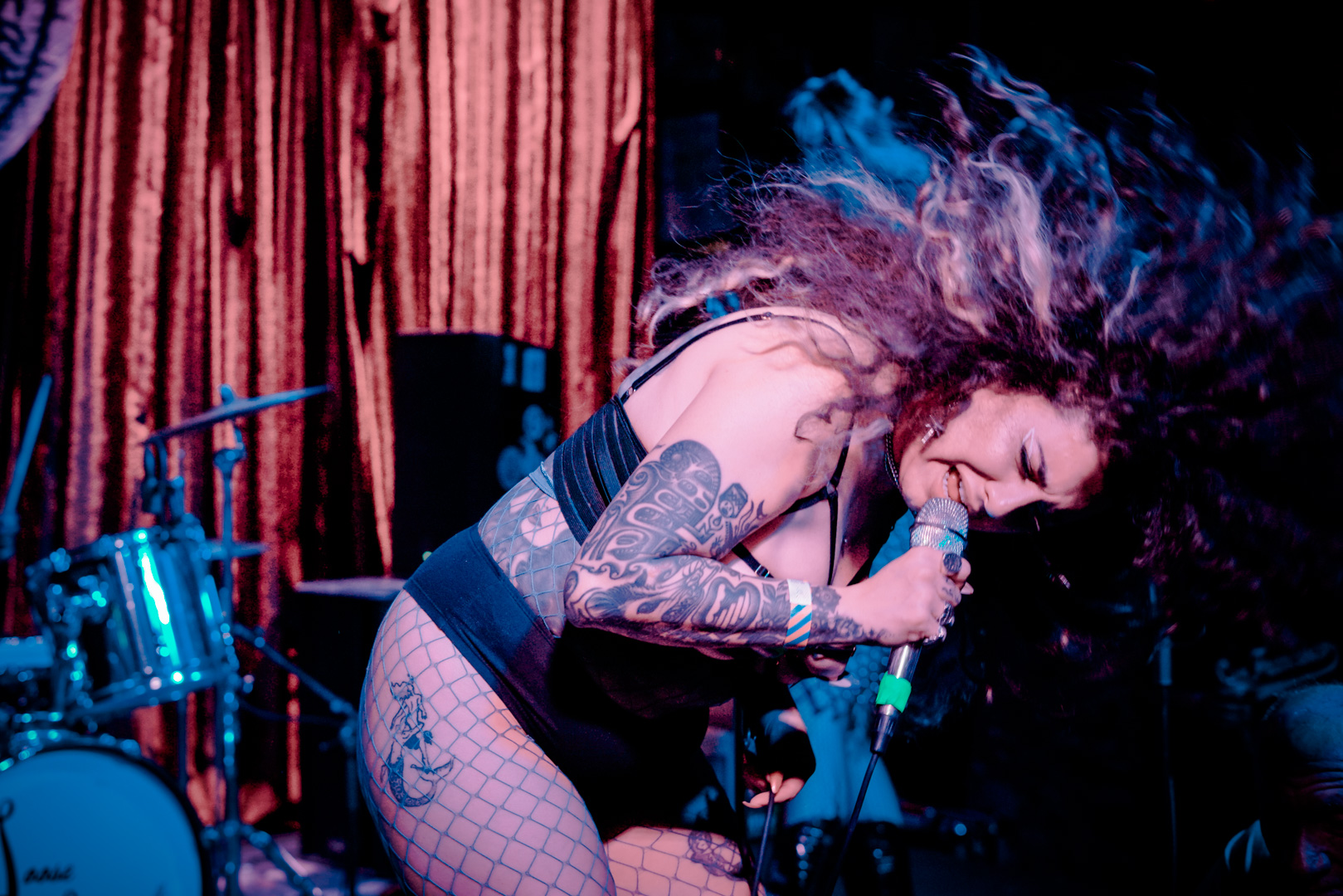 Scarlett McPherson is known for her epic head-banging on stage, often throwing around her massive head of hair. Photo: Jessica Waffles 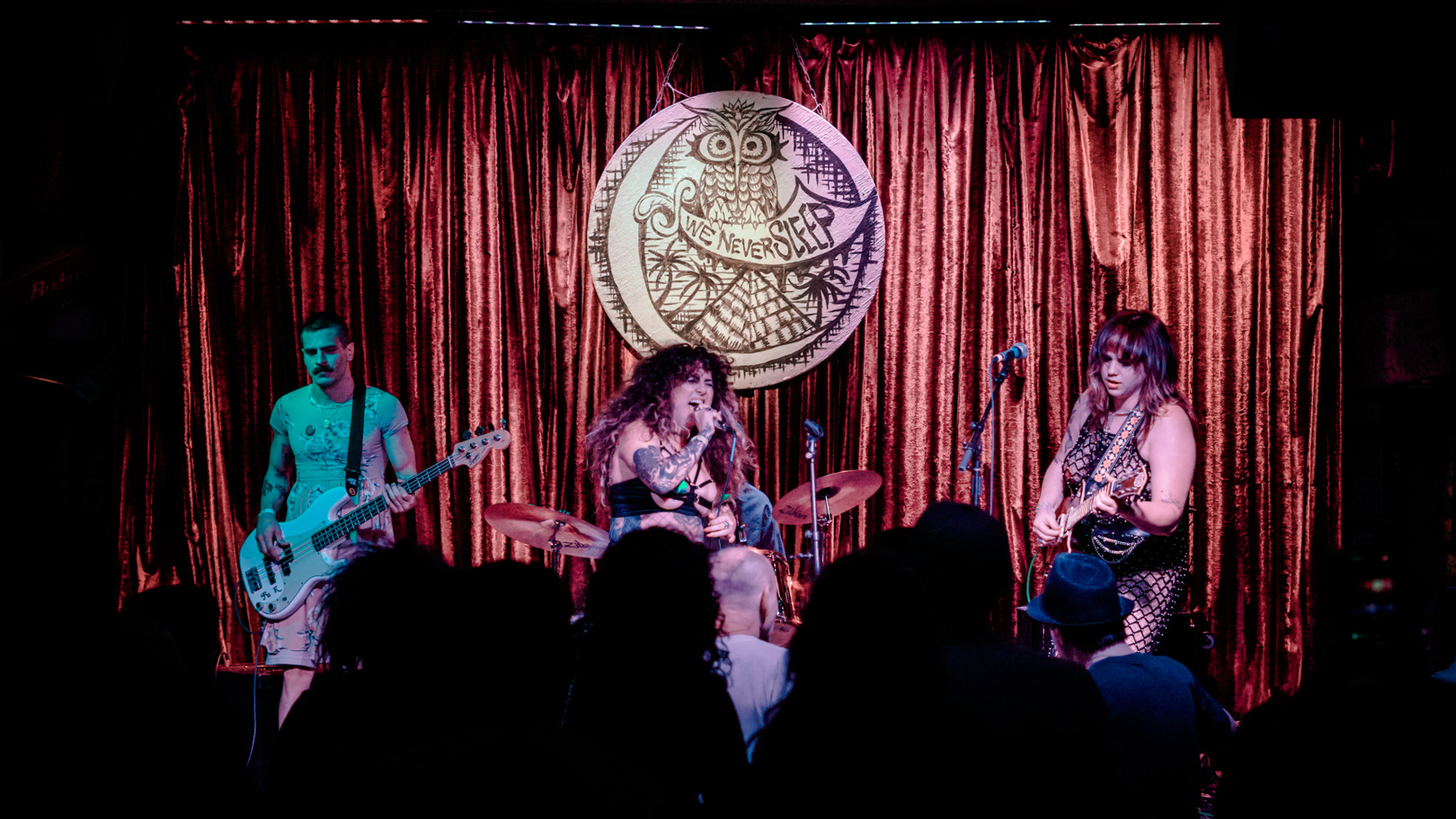 Bassist Austyn Williams has been part of King Clam since its inception, thought the position of drummer has been revolving. Currently Justin Hoard is played with the band, though McPherson mentioned that they’re potentially looking for a female drummer. Photo: Jessica Waffles