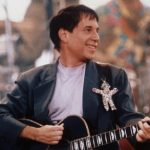 David and Stephen visit with Leon Bridges, talk with Steven Perry about his days with Journey, and Robert Hilburn shares stories from Paul Simon’s legendary career this week on World Cafe.

Paul Simon, Citizen Cope and Nirvana on MTV Unplugged — here’s what you heard this morning on KXT.

Here’s what’s coming up this week on World Cafe. Listen Monday-Friday at 10pm on KXT. 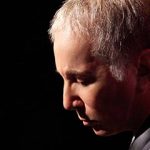 Enter to win a pair of tickets to the show on Sun, May 8 at Winspear Opera House.

Paul Simon – “Me and Julio Down By The Schoolyard” This track, from Paul Simon’s 1972 self-titled record, shows a hint of the world influence that he would later fully reveal on Graceland. After Simon and Garfunkel dissolved in 1970, he spent the summer of 1971 teaching songwriting at NYU and putting together this record, which… Read more »