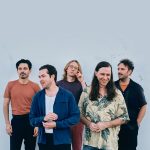 Join Local Natives at House of Blues on August 15! Enter to win a pair of tickets.

Here’s what’s on tap this week on World Cafe. Listen M-F at 10pm on KXT. 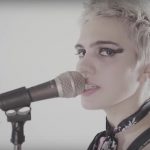 From Brooklyn’s darlings to a Massive Attack cameo from Queen Blanchett, here are a few new videos that caught our eyes and ears this week. 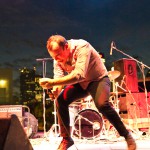 Spune kicked off its 3rd annual Index Fest this past weekend in Deep Ellum.  KXT’s Dane Walters, and volunteer photographers Jim Riddle, Lacey Dowden, and Britain Green were there to capture some of the sights over 3 days.

The three-day festival in the heart of Deep Ellum will feature performances by more than 90 bands. 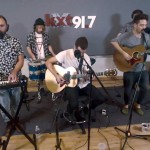 Los Angeles-based Local Natives visited the KXT studios to talk about life on the road and to perform a couple stunning selections from their second album, Hummingbird.

Fill out the form below by noon on Monday, November 19 and be entered to win tickets to see Local Natives on March 16.

KXT Presents Local Natives on March 16 at South Side Music Hall in Dallas.

http://www.youtube.com/watch?v=uJRw7icZa Our friends at The Texas Theater will be screening Teen-A-Go-Go, a film about the Ft. Worth / Dallas music scene in the ’60s. Its world premiere is Nov 26th. 7:00p at The Texas Theater!  “On the evening of February 9, 1964, Ed Sullivan introduced The Beatles to America. The next morning 10 million teens had something… Read more »