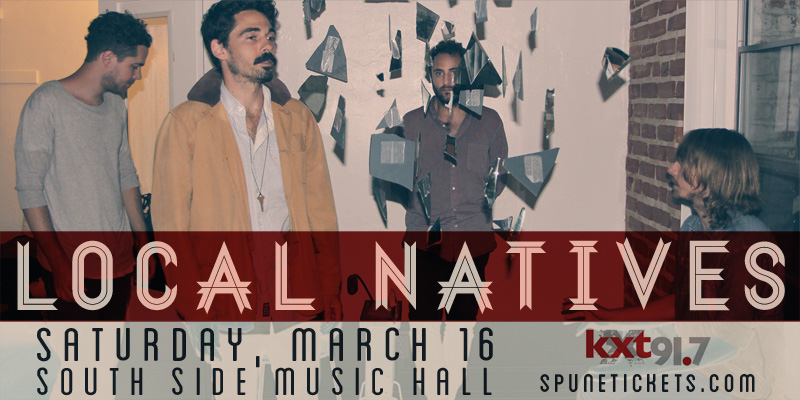 Local Natives (previously known as Cavil at Rest) are an indie rock band based in Silver Lake, Los Angeles, USA. Their debut album, Gorilla Manor, was first released in the UK in November 2009, and later released in the US on February 16, 2010. The album received mostly positive reviews and debuted in the Billboard 200 and at No. 3 in the New Artist Chart. The Local Natives were at many times mentioned to be a “band with magical powers.”  Their new album Hummingbird comes out January 29, 2013.

Their sound has been described as “afropop-influenced guitars with hyperactive drumming and hooky three-part harmonies”.  Clash Music has also described their style as psych folk, or modern worldly folk.