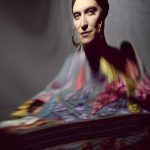 Feist, Jason Isbell and more coming up this week on ‘World Cafe.’ Listen Monday-Friday at 10pm on KXT. 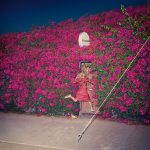 Feist is back with her fifth studio album, ‘Pleasure.’ Listen to the KXT Interview.

Listen to the rhythm of the falling rain and KXT’s New Music Monday picks for April 17. 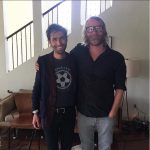 Festivals, national anthems, David Bowie…oh my! Here are some of the musical happenings that caught our eye this week.

tumblr_lueyfsAuKf1qb97ja Here’s a longer version of the Feist interview KXT aired yesterday late afternoon.  It starts with “How Come You Never Go There” from soundcheck and then goes into the interview.  The bonus nugget is the part of the interview where she talks about the upcoming Muppet Movie, and there is an extra song from soundcheck, “Graveyard”… Read more »

Feist just signed a guitar at the Majestic Theatre for a contributor who won the Feist ticket/guitar combo during the KXT Fall Membership Campaign finale a couple weeks back!  Just so you know, she’s super nice and generous with her time.  The show tonight will be superb, no doubt.

Recently added to the KXT Playlist: Feist – “How Come You Never Go There” (by FeistMusic) (Source: http://www.youtube.com/)

Feist- “How Come You Never Go There”

Feist – “Sea Lion Woman” From her 2007 release The Reminder, Canadian artist Leslie Feist provides this update of a song that was first recorded by field folklore archivist Herbert Halpert in 1939. Though interpretations have ranged from “C-Line Woman” to “See Lyin’ Woman”, this version carries the stomping energy of that field recording, updated… Read more »

Kings of Convenience – “Boat Behind”  The Norwegian duo of Erlend Øye and Eirik Glambek Bøe grew a sizeable fanbase with the laid-back harmonies of their first two records, Quiet is the New Loud and Riot on an Empty Street (whose track “Know How” featured a then-lesser-known Feist). Their latest, Declaration of Dependence, finds them doing what they do… Read more »