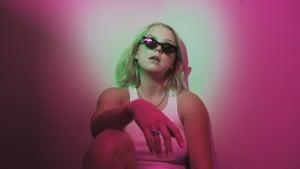 It’s all about the studio for 21-year-old Chloe Jobin. When the Dallas musician isn’t creating her own music in her home studio, she is helping others as an audio engineer at The Kitchen Studios in East Dallas.

“I’m kind of literally always at the studio whether it’s at home or at work,” said Jobin.

Jobin describes her music as a mix of indie-alternative and singer/songwriter with some R&B and trip-hop influences. She strives for honesty in her songwriting.

“I kind of just let whatever is in my mind at that moment come out without judging it too much or thinking too hard,”  Jobin said.

Jobin’s latest release is a six-song EP called We Could Have Never Met. The EP was released last April and was co-produced with John Painter, her boss at The Kitchen Studios. The debut single from the project is a sultry and edgy tune called “First Night Alone”. 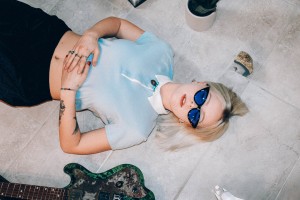 “First Night Alone” is about the first night after a relationship ends. Jobin’s voice sings over the sounds of guitar, and the addition of strings about halfway in perfectly complements the mood of the song.

Even though “First Night Alone” is about the end of a relationship, it’s also much more.

“Kind of also a moment of confidence,” Jobin said. “Yes, I’ve been with someone for so long, and now I’m alone… and I was alone before so it’s cool that this is where I’m back at now. I can handle this.”