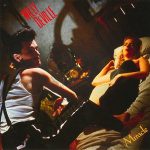 Phish, Willy DeVille and John Lennon on vinyl — here’s what you heard this morning on KXT.

John Lennon – “Beautiful Boy” This track, from Double Fantasy, was written for Sean Lennon, John’s only child with Yoko. Released just three weeks before Lennon’s murder in front of the Dakota, the record became a commercial success after his death. This song shows the tender side of John, who was abandoned by his father… Read more »