The artist formerly known as So-So Topic made his official stage debut as Tommy Raps, on Friday night at Three Links in Deep Ellum. The change came after a 12 year run under the former name.

“I had a moment with a friend of mine, and she was like, ‘I tried to show you to my friend and it was hard to find.'” Tommy said. “I ultimately decided to change my name to Tommy Raps. Tommy is my given name.”

Supporting acts DJ Mike B, Johnny B33 & the Leo Sun Project, and Cure For Paranoia opened up the show, setting the vibe for the night. 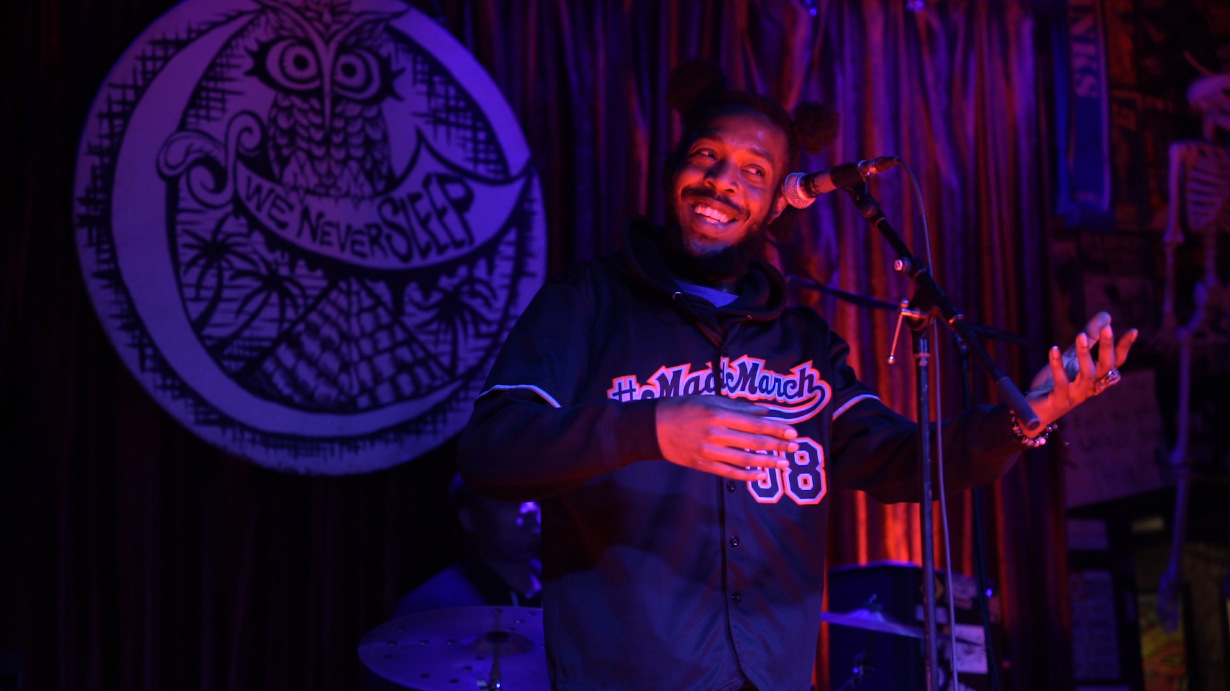 The artist formerly known as So-So Topic smiles on stage during the debut of his new moniker Tommy Raps at Three Links in Deep Ellum. Photo: Jessica Waffles 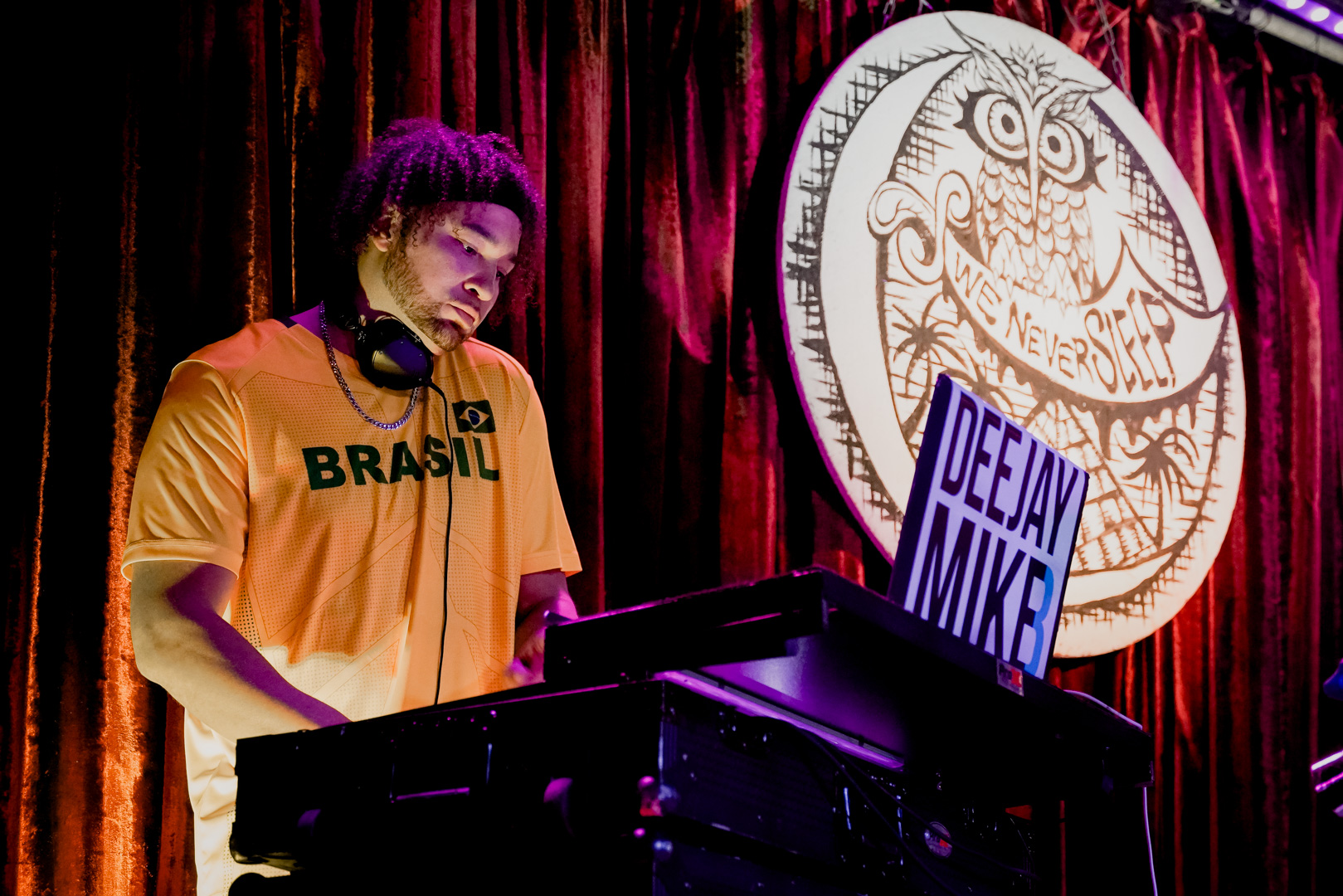 DJ Mike B performed between sets, as well as during Tommy Raps’ set at Three Links. Photo: Jessica Waffles 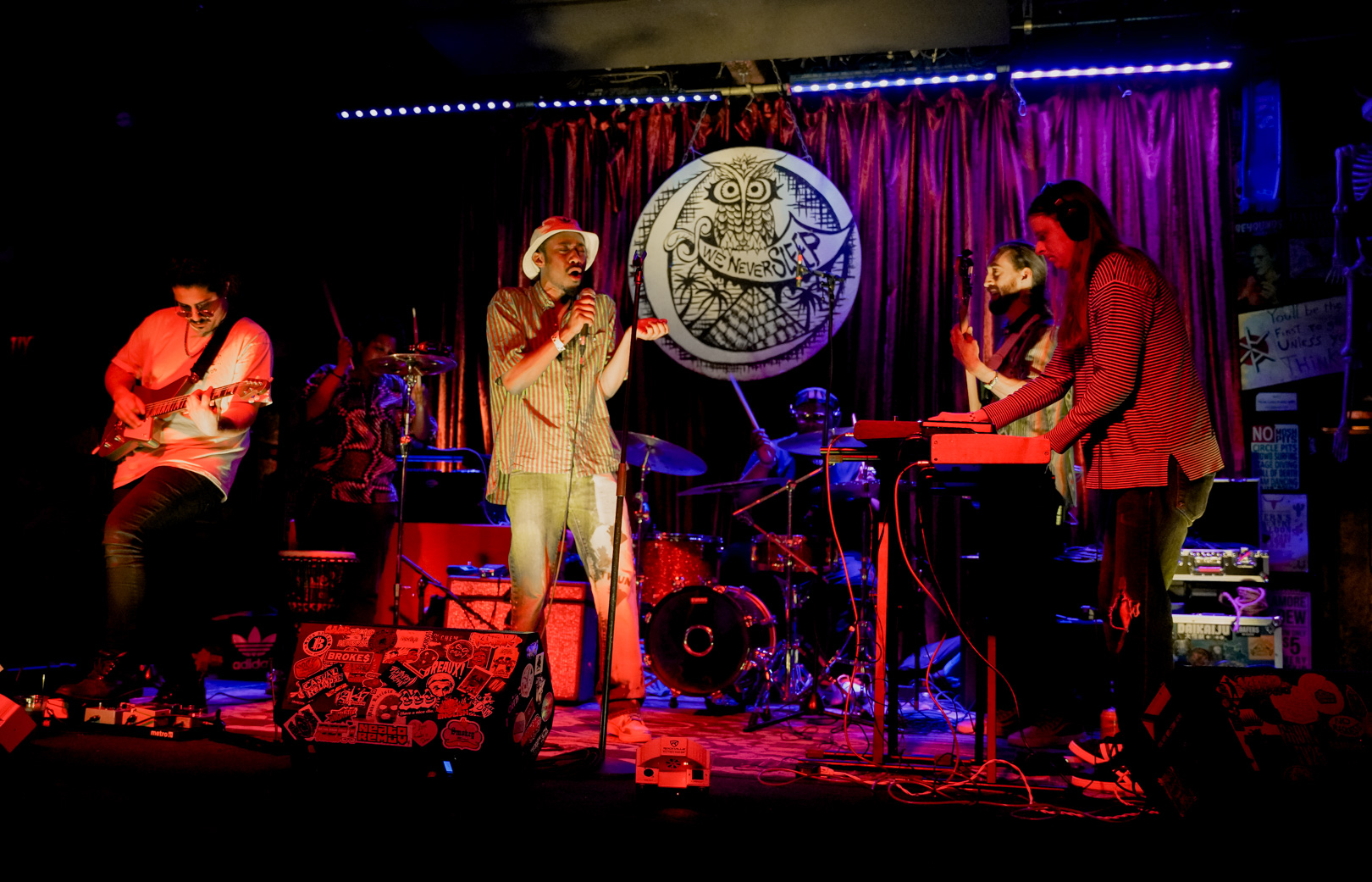 Johnny B33 and the Leo Sun Project was the first band to perform at Three Links on Friday night. Photo: Jessica Waffles 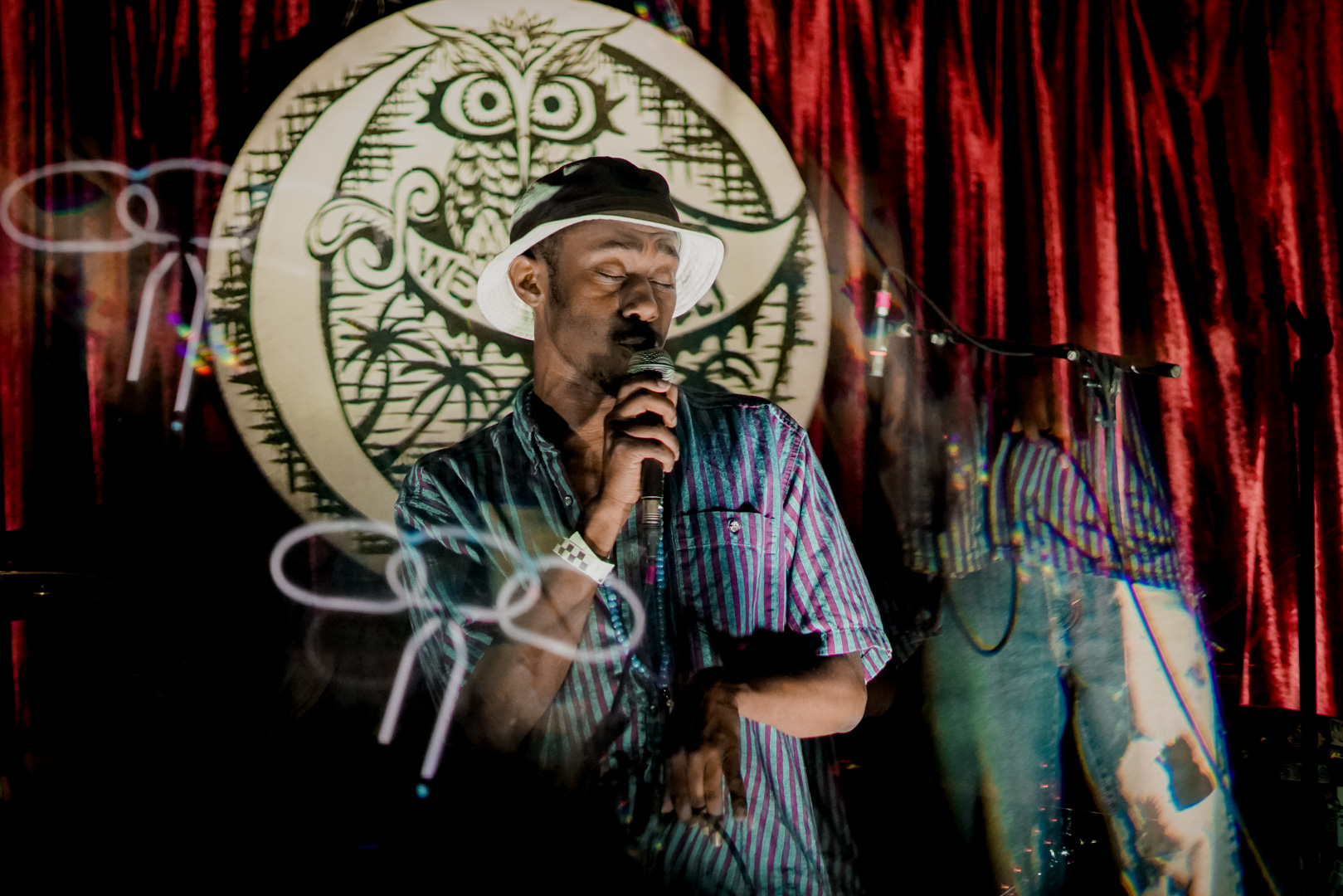 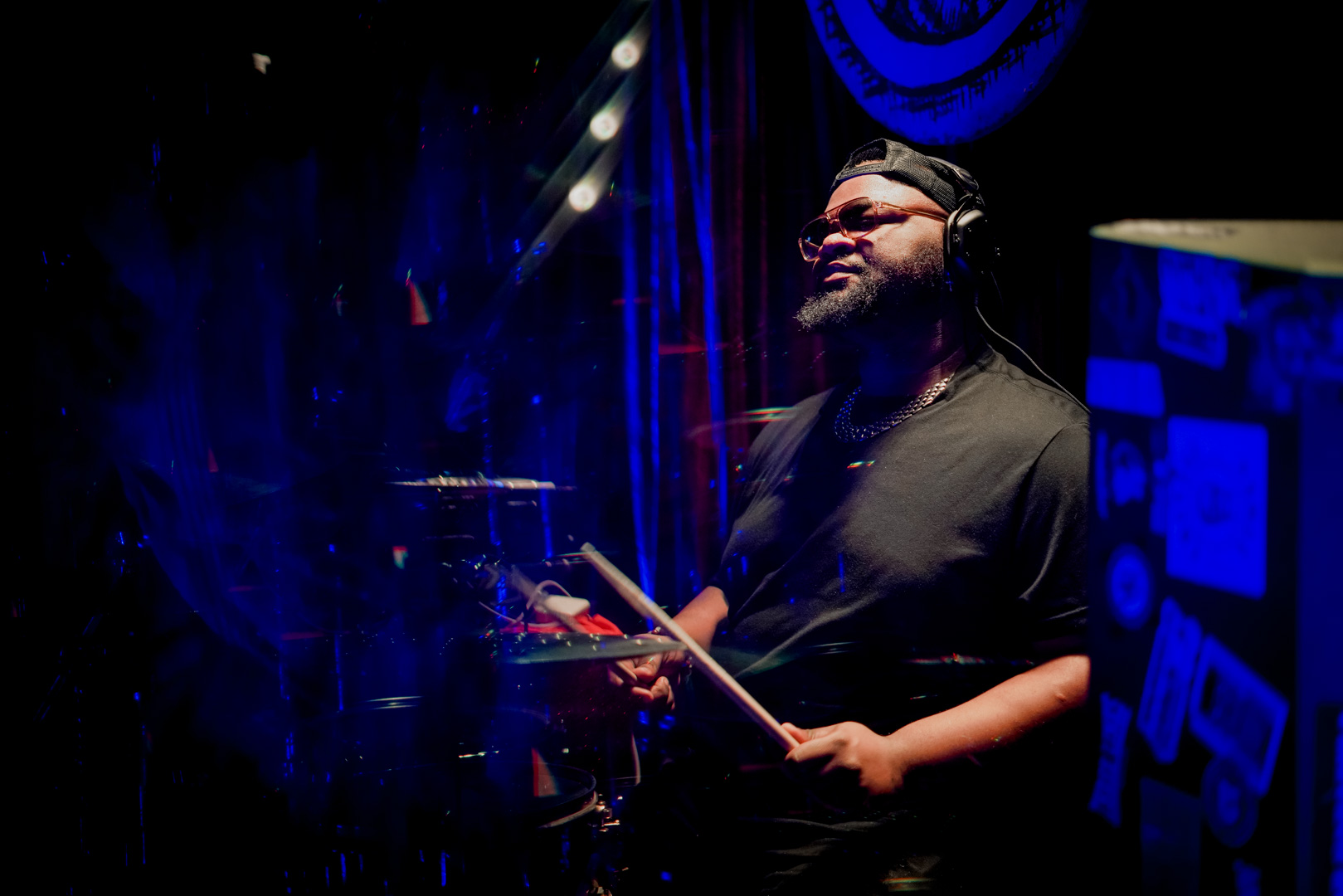 Tommy Raps currently splits his time between Dallas and New York, where he relocated in 2022.

He’s able to learn more there about the inner workings of the movie industry. “There’s opportunities [in New York], but I like the way they were presented. It gave me the chance to do what I already do in a different realm,” Tommy said.

He may be just getting his foot into the scene in New York, but Tommy’s got experience with the  film world.

In 2019, as So-So Topic, his song “Expl0de!” was featured in Spike Lee’s Netflix show She’s Gotta Have It. Lee posted on his Instagram asking for submissions from artists. 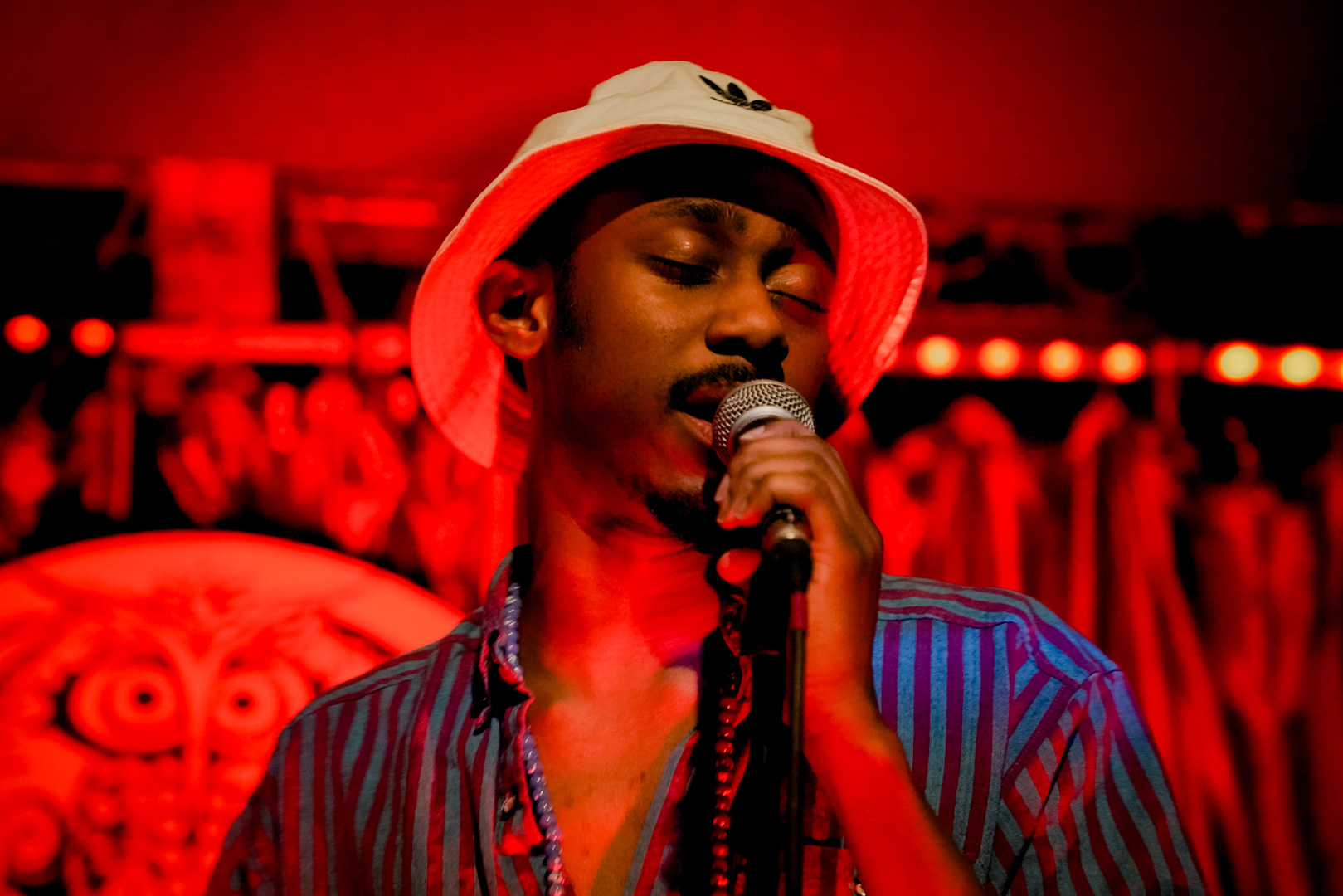 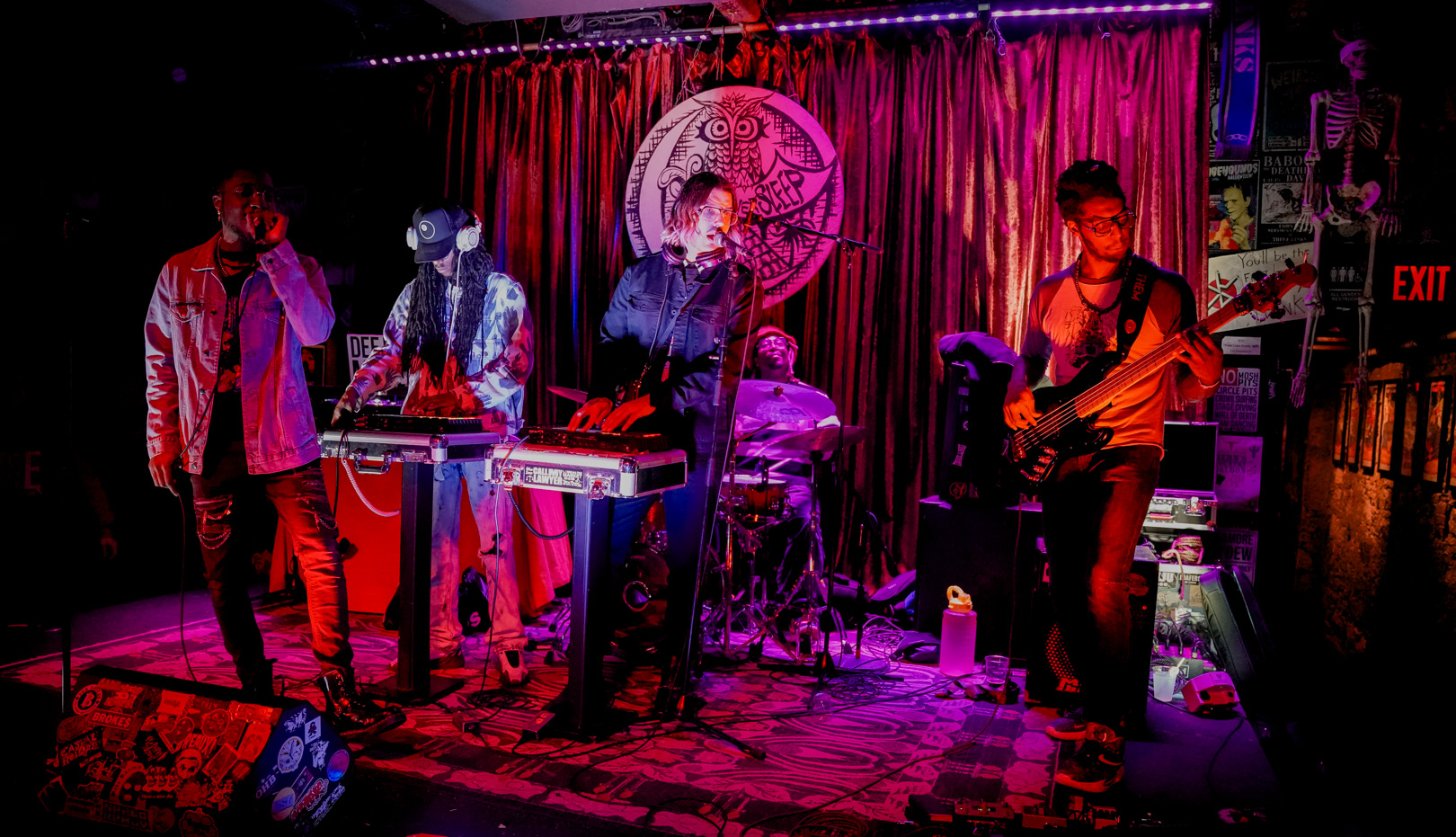 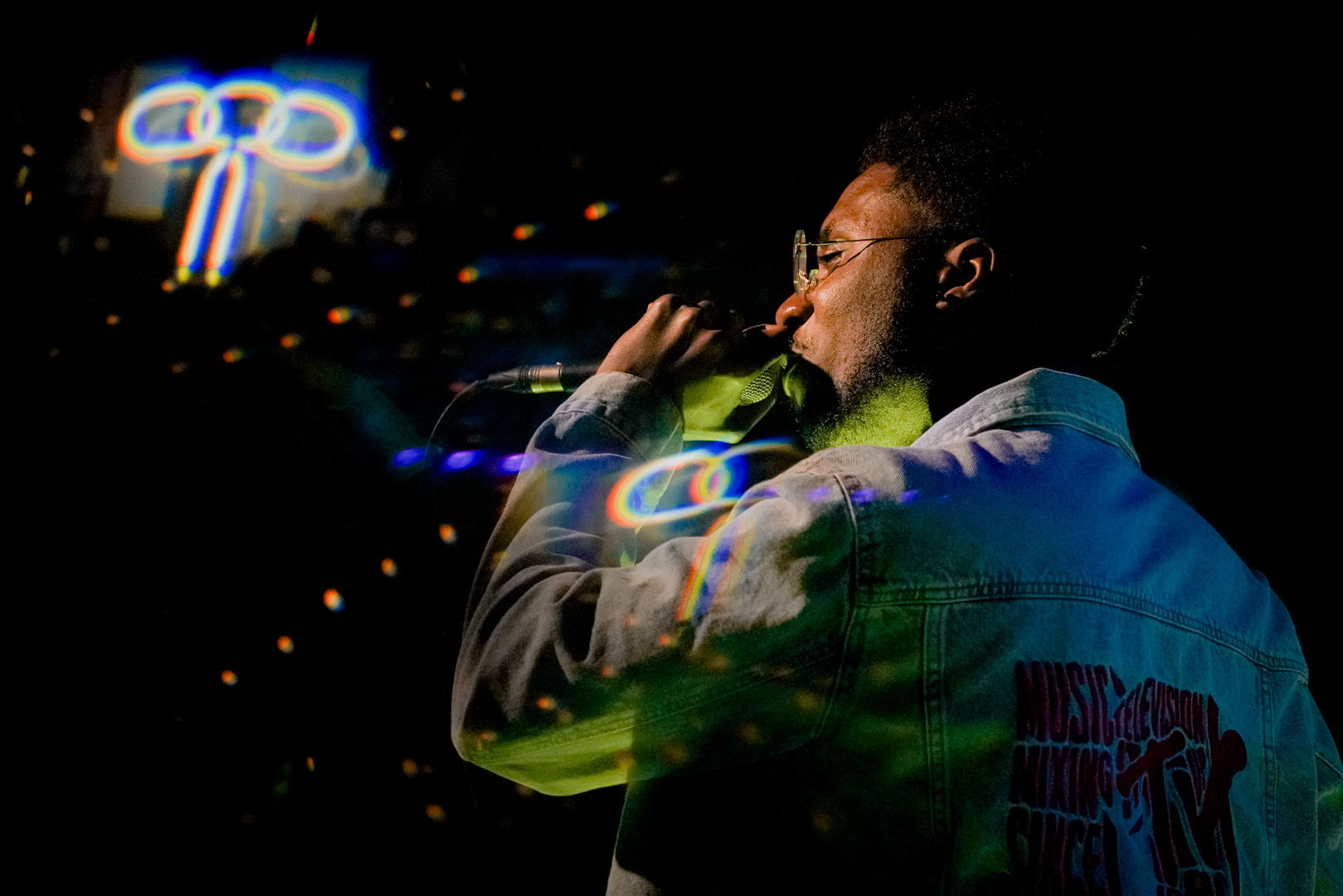 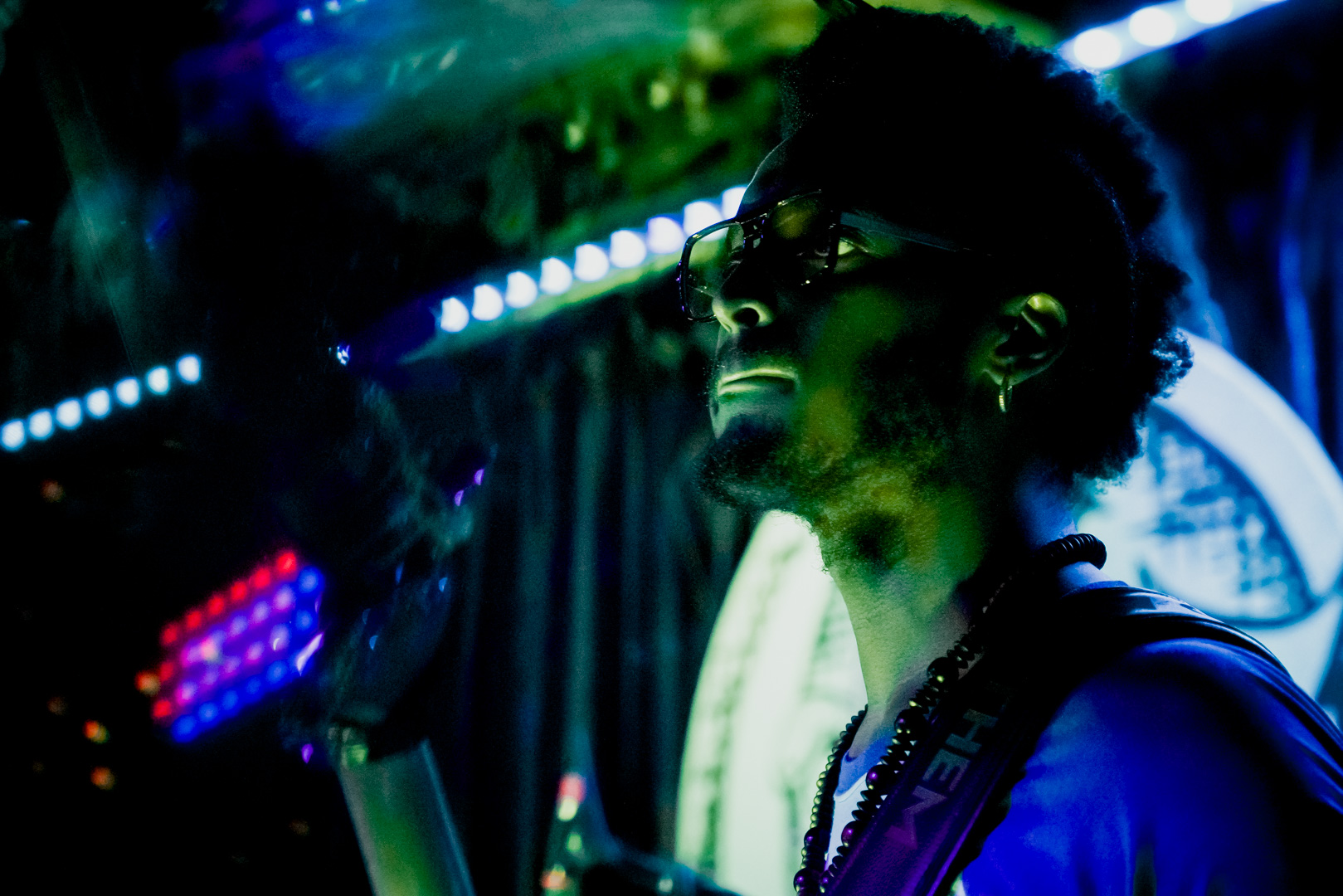 KJ Gray on stage at Three Links as part of Cure For Paranoia. Photo: Jessica Waffles 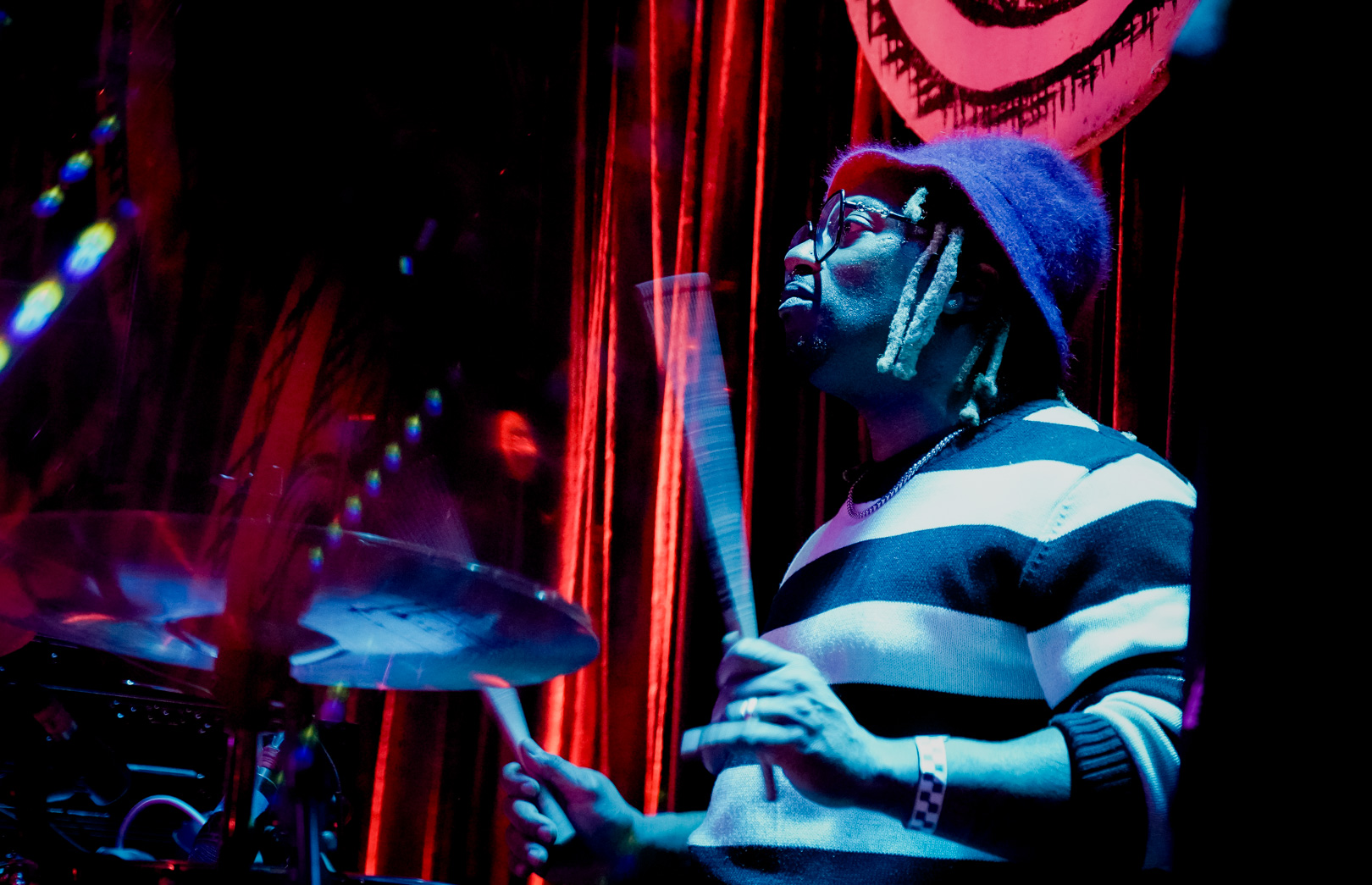 Since 2018, the production of Tommy’s own sitcom Going Nowhere Fast has been underway.

“It takes place in Dallas. It’s the true story of how me and my best friend [Kool Quise], and how we got our start [in music],” Tommy said. “The first episode is called ‘There’s A Guy In Your Car.’ We went through a series of random events that night [in 2011]. We foudn a random guy asleep in his car, randomness ensues. That’s when we knew we would be best friends.”

The show is currently in editing, and the first season is set to include eight episodes. 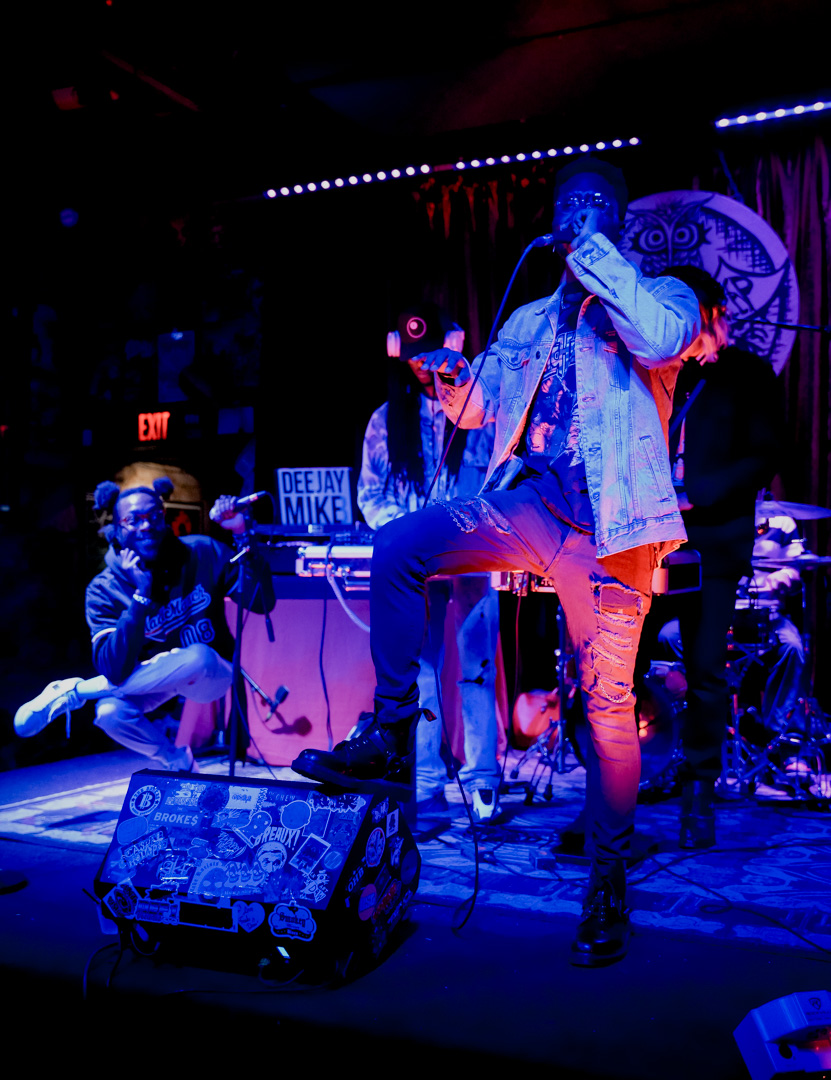 Tommy Raps hopped on stage to perform a song with Cure For Paranoia during their set. Photo: Jessica Waffles 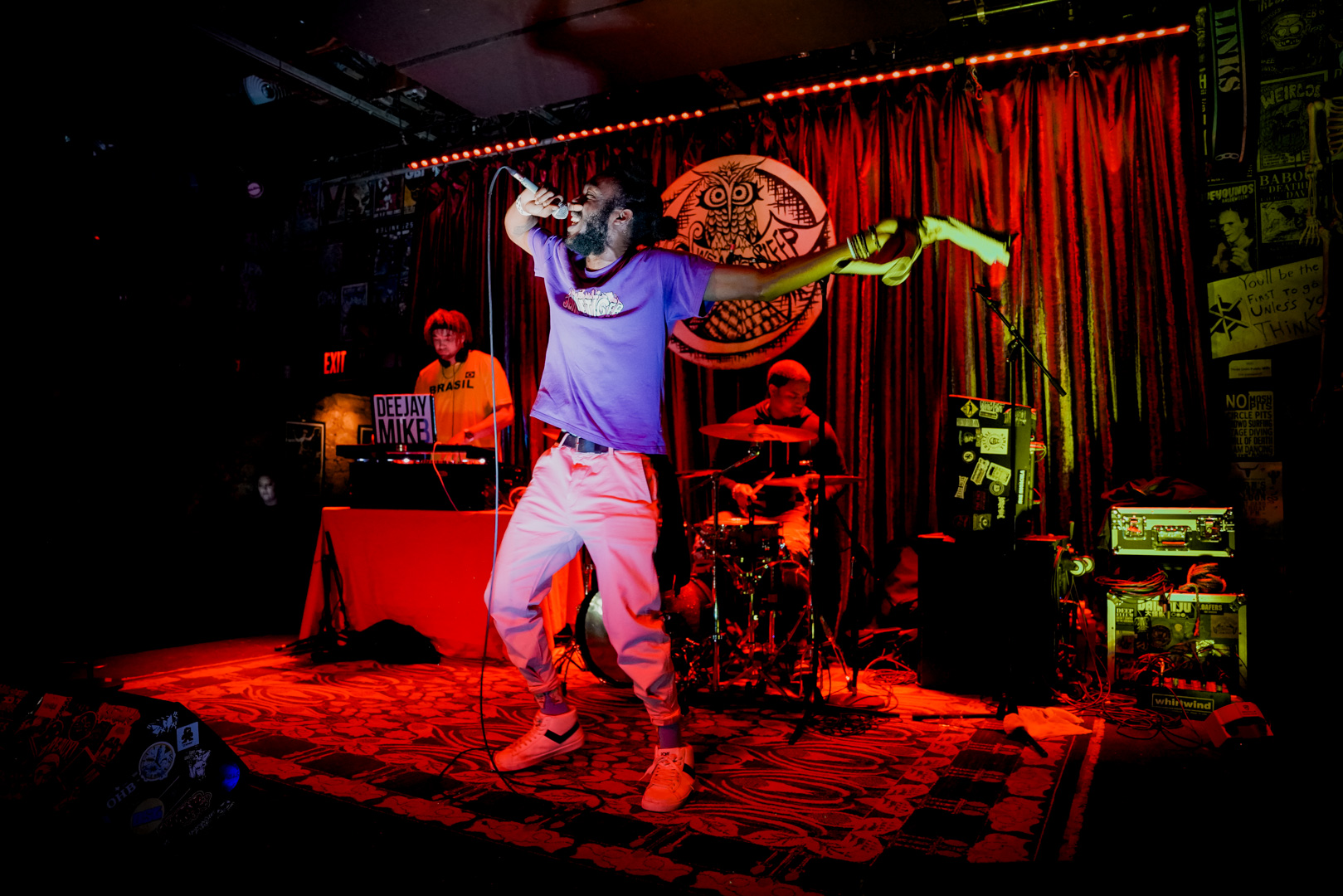 Tommy Raps broke a sweat as soon as he hit the stage at Three Links on Friday night. Photo: Jessica Waffles 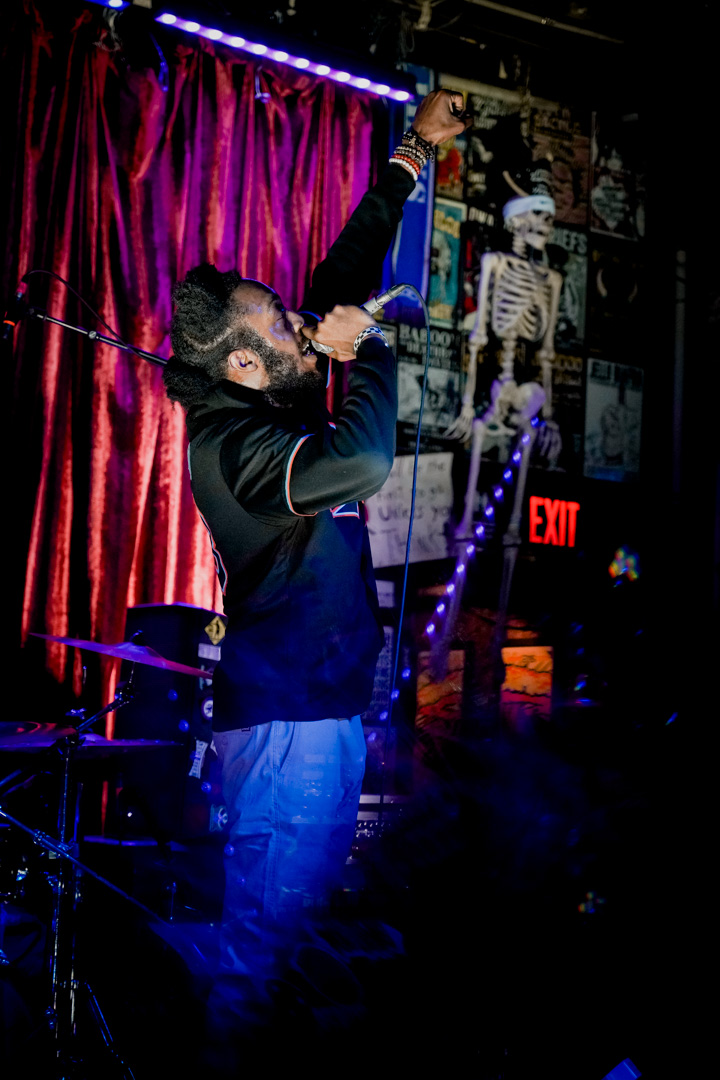 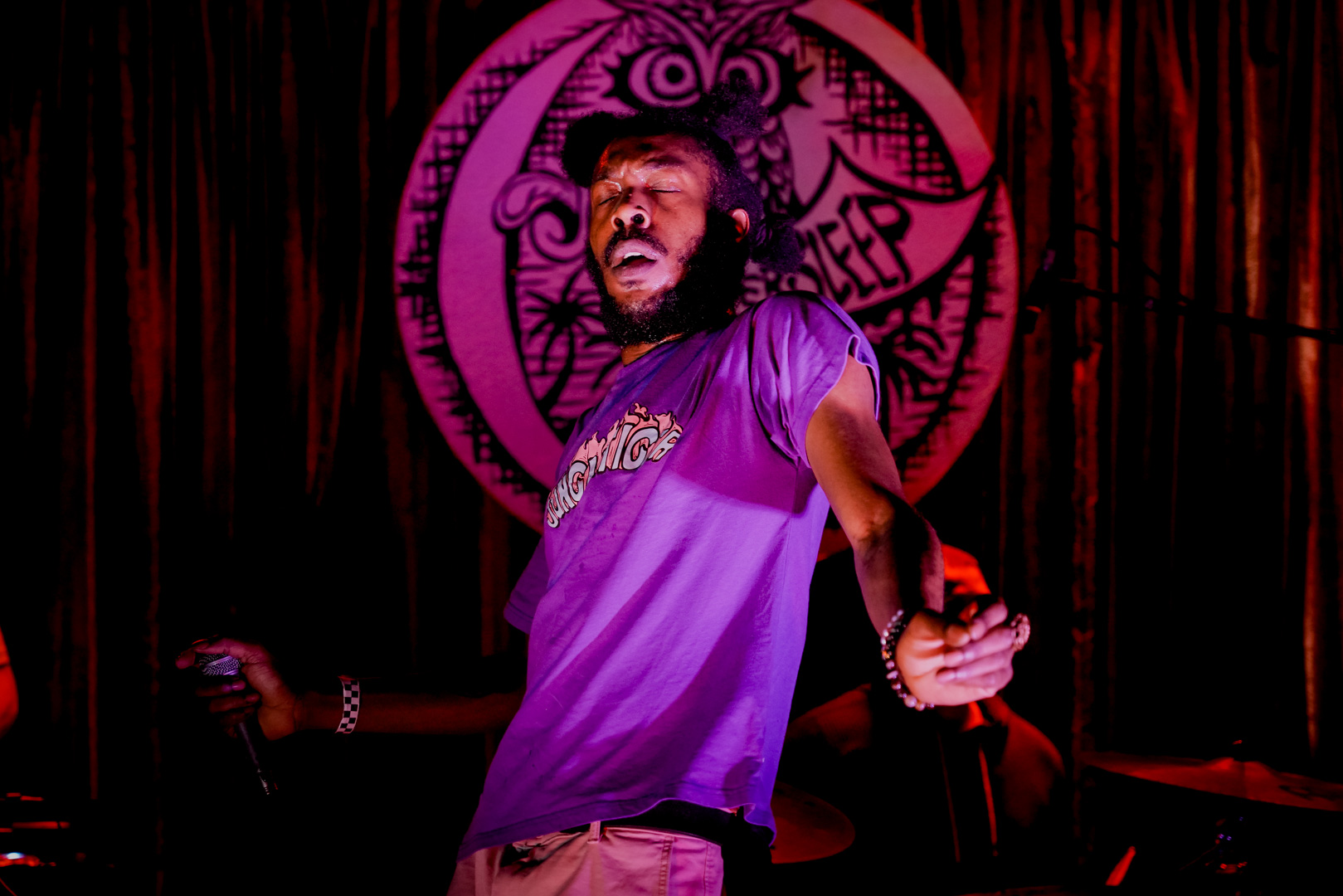 Tommy Raps caught up in the music on stage. Photo: Jessica Waffles 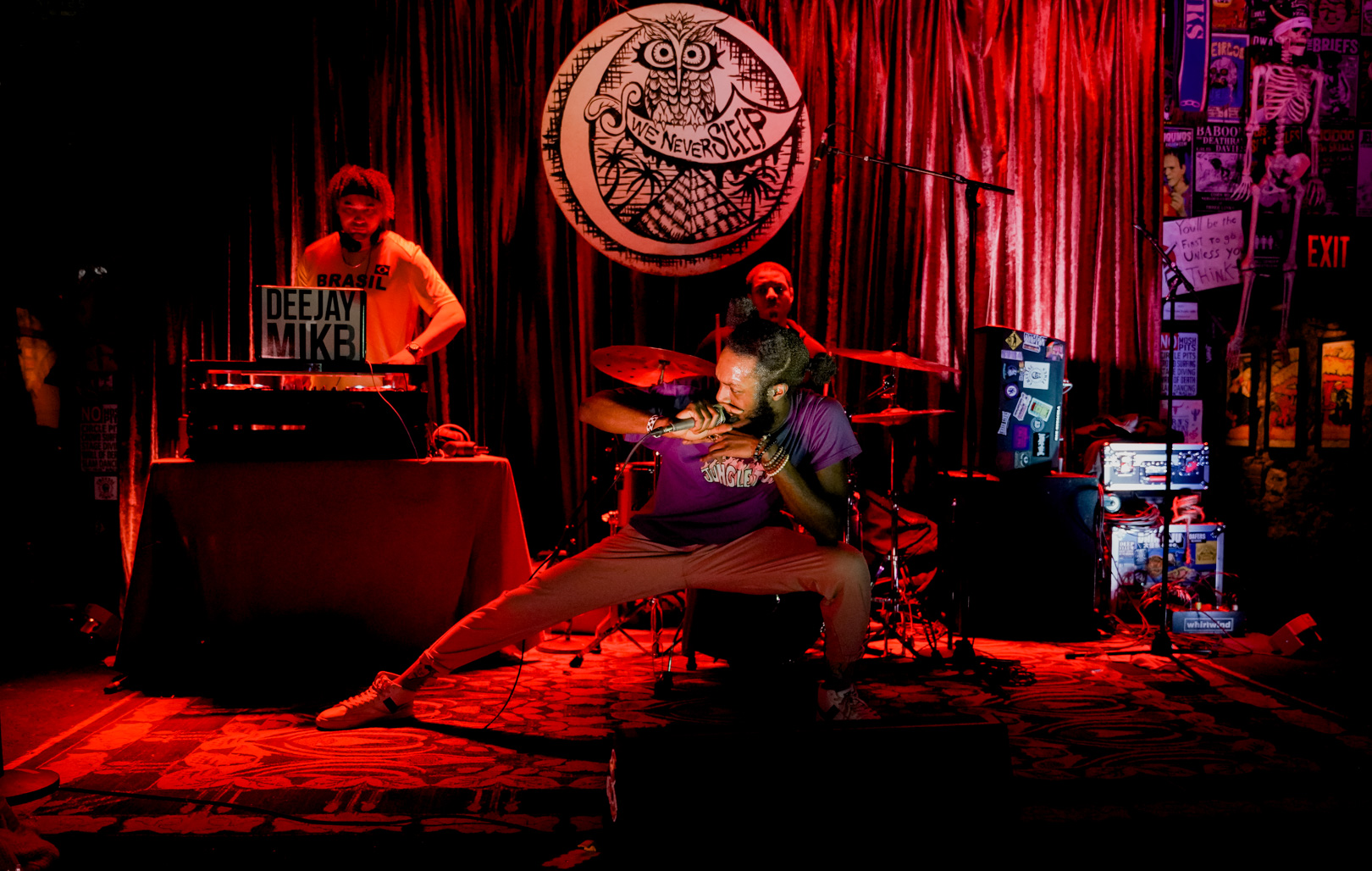 Tommy Raps’ dynamic movement on stage is a force to be reckoned with. Photo: Jessica Waffles

In his current reality, Tommy is excited to set off on a European tour with GRAMMY Award-winning artist Kimbra, traveling to Amsterdam, Paris and London in late January (just to name a few). The Dallas debut show was the only chance to see him in the states before departure.

“It’s a crazy way to kick off a new chapter in my life,” Tommy says. “It’s unbelievable to me.”

He’s also keeping his chops sharp with a new 365-day challenge of “Tommy Raps Daily” videos on his Facebook and Instagram pages. He writes, raps, records, edits and produces the videos himself. The topics range from authenticity to a craving for a burger, showing his playful range of lyricism from depth to light.

“[The pandemic] innovated my urge to hustle. I had to get back to the world – reintroduce myself properly,” Tommy said. “Something I wanted to nail was being consistent.” 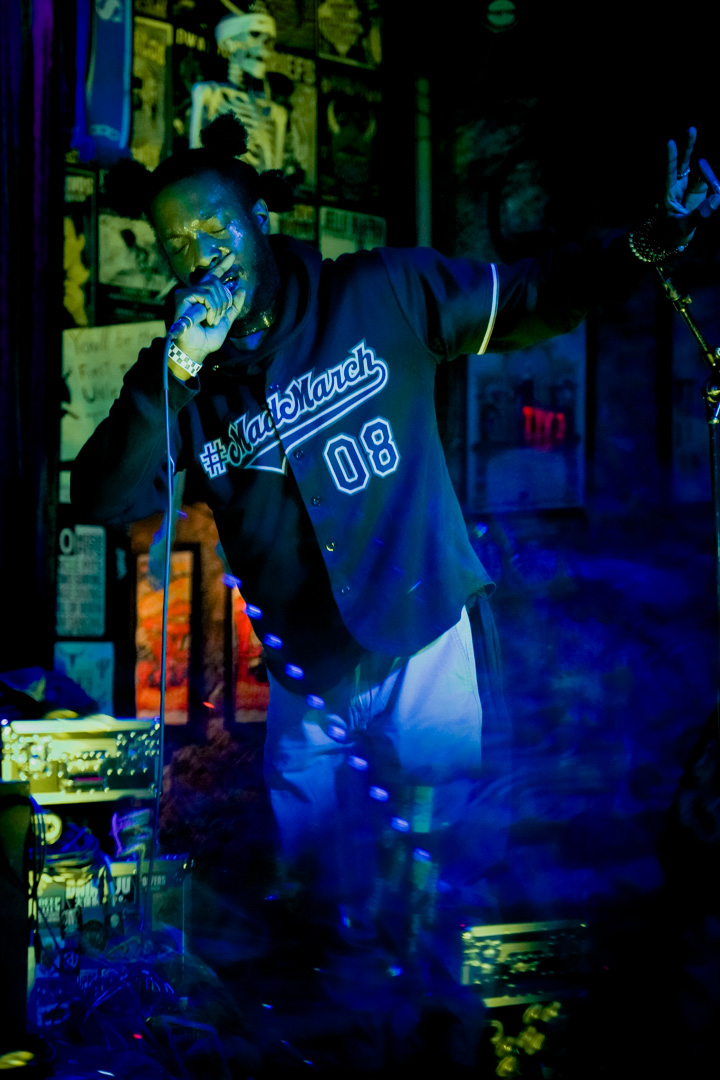 The music moved through Tommy Raps as he took over the stage at Three Links. Photo: Jessica Waffles 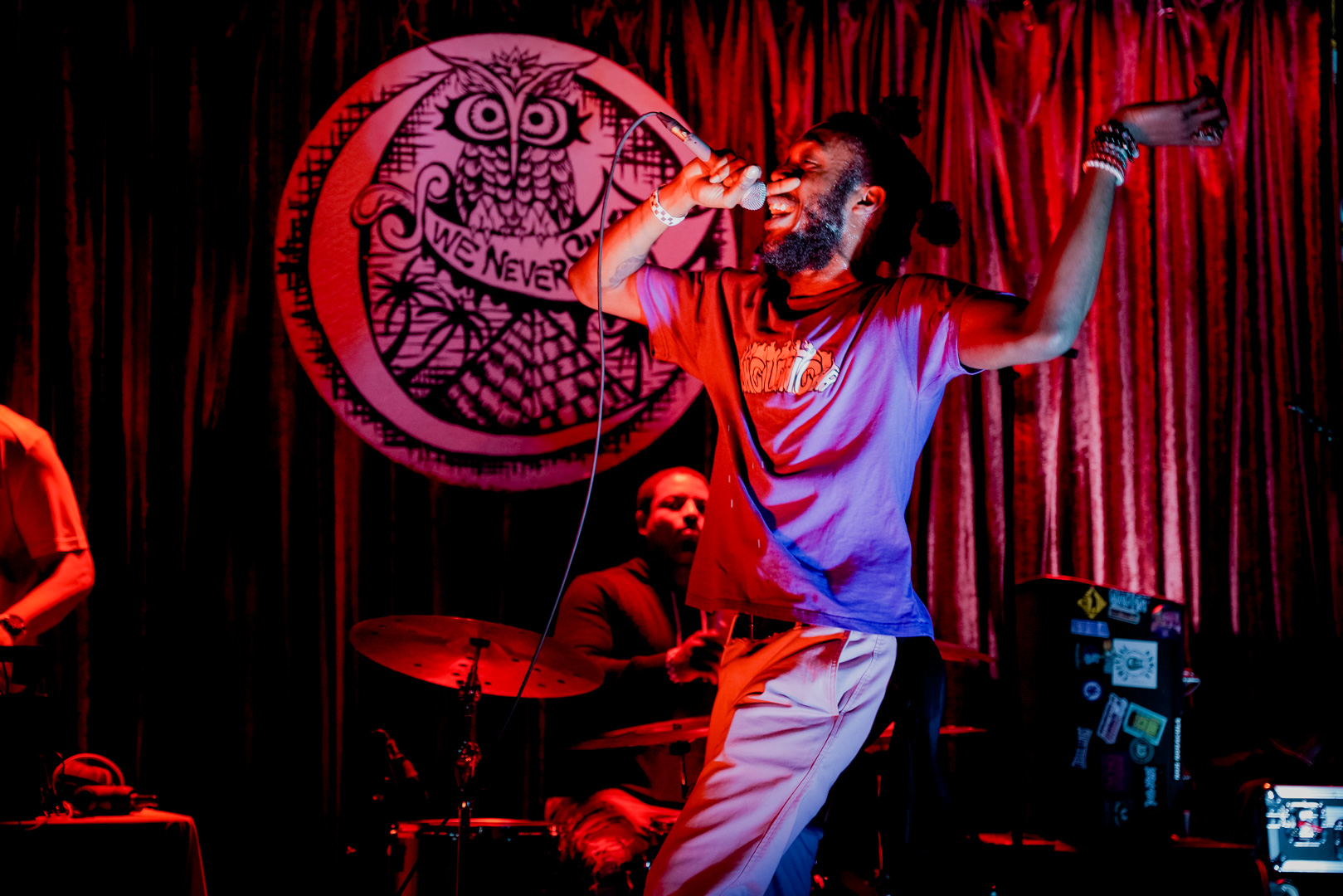 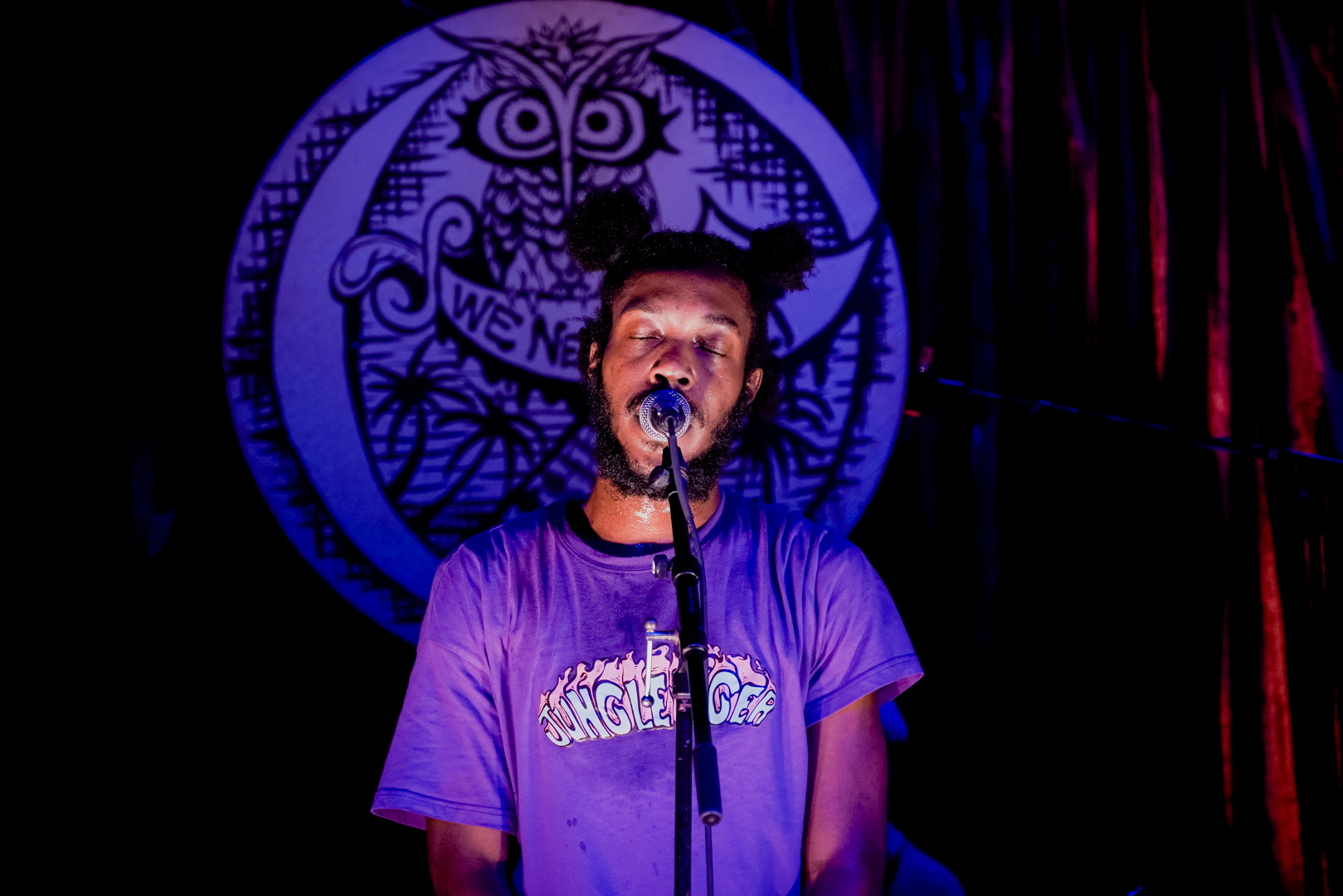 A tender moment during the song”Saturday in January Feels” that pays tribute to lost loved ones. Photo: Jessica Waffles 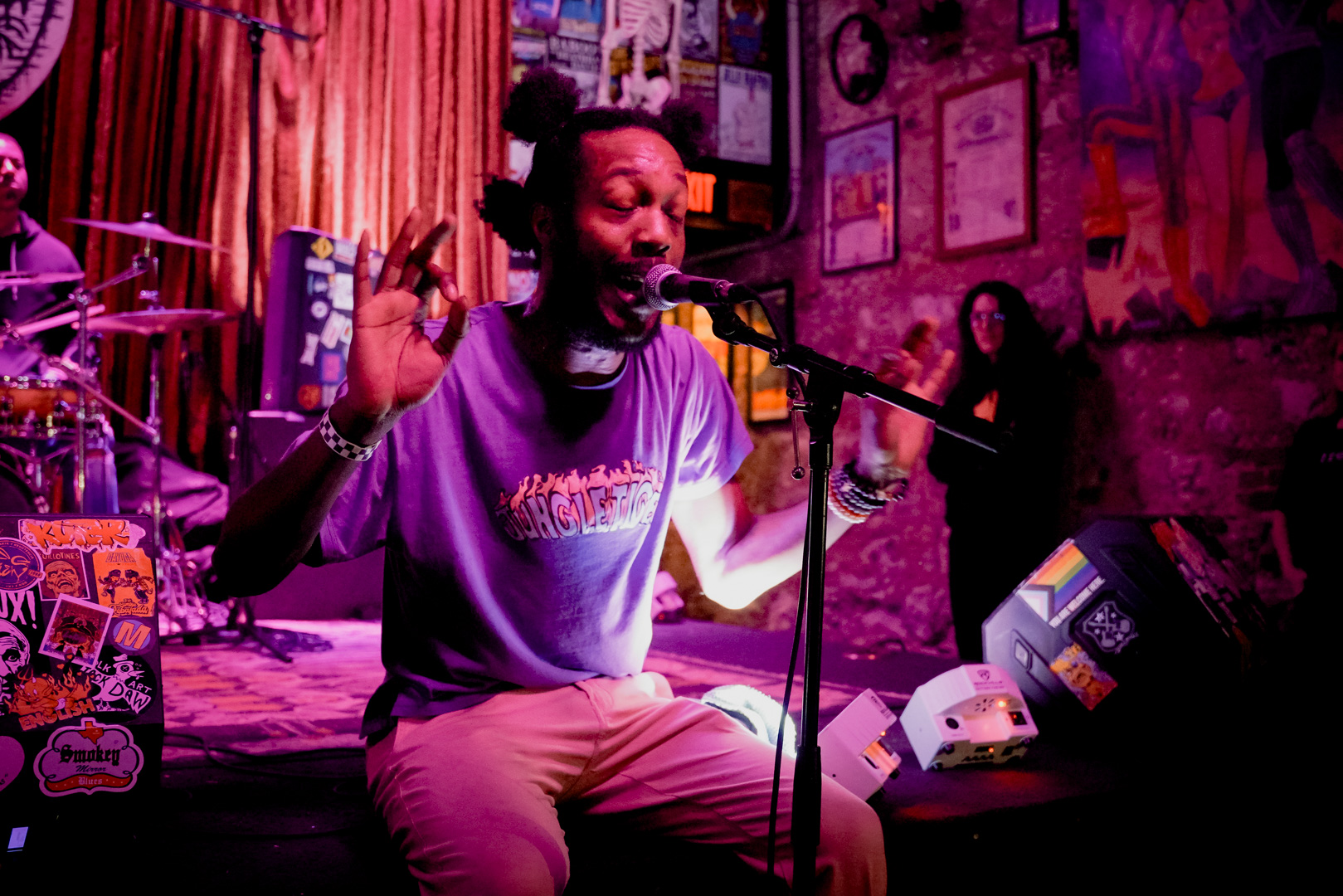 At one point in the performance, Tommy Raps sat on the edge of the stage to sing. Photo: Jessica Waffles

The artist’s first release under the name Tommy Raps will come as an EP, which is currently in the works with a name TBD.

“After the pandemic, the entire flow got messed up. I was gonna release an album a month,” Tommy said. “Since [the pandemic], you naturally have to change how you’re moving. People don’t take entertainment the same way.”

The EP is co-produced by GRAMMY-nominated Esquina Lee, and features his creative partner BBP – who raps on a song that Tommy says “basically establishes the entire mode of my whole career.”

“For the most part, I produced it, wrote it, rapped it – and [Lee] made it really nice. He did a couple different instrumentations,” Tommy said. “Hopefully I’ll have something fresh for everyone by the Fall.” 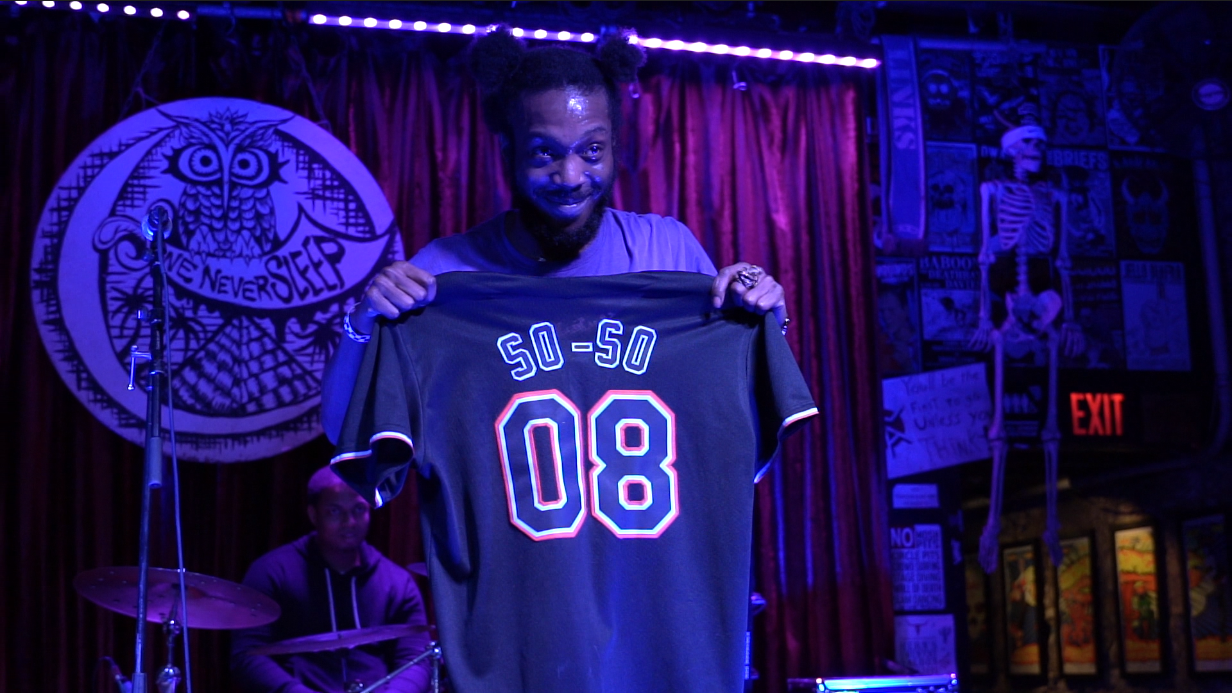 The moment just before the artist now known as Tommy Raps hung up his “So-So” Topic rap jersey, ending a 12 year run under the moniker. Photo: Jessica Waffles 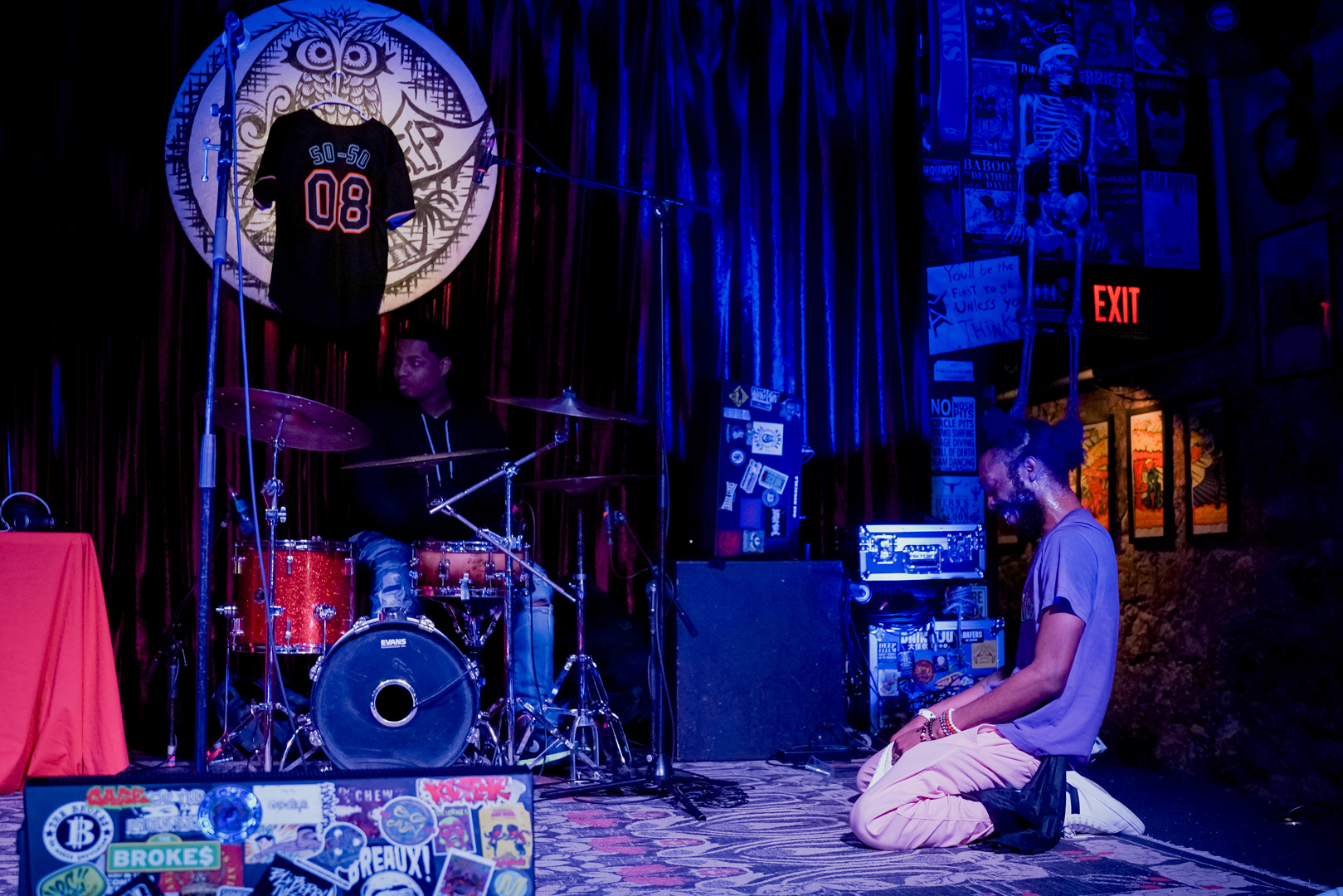 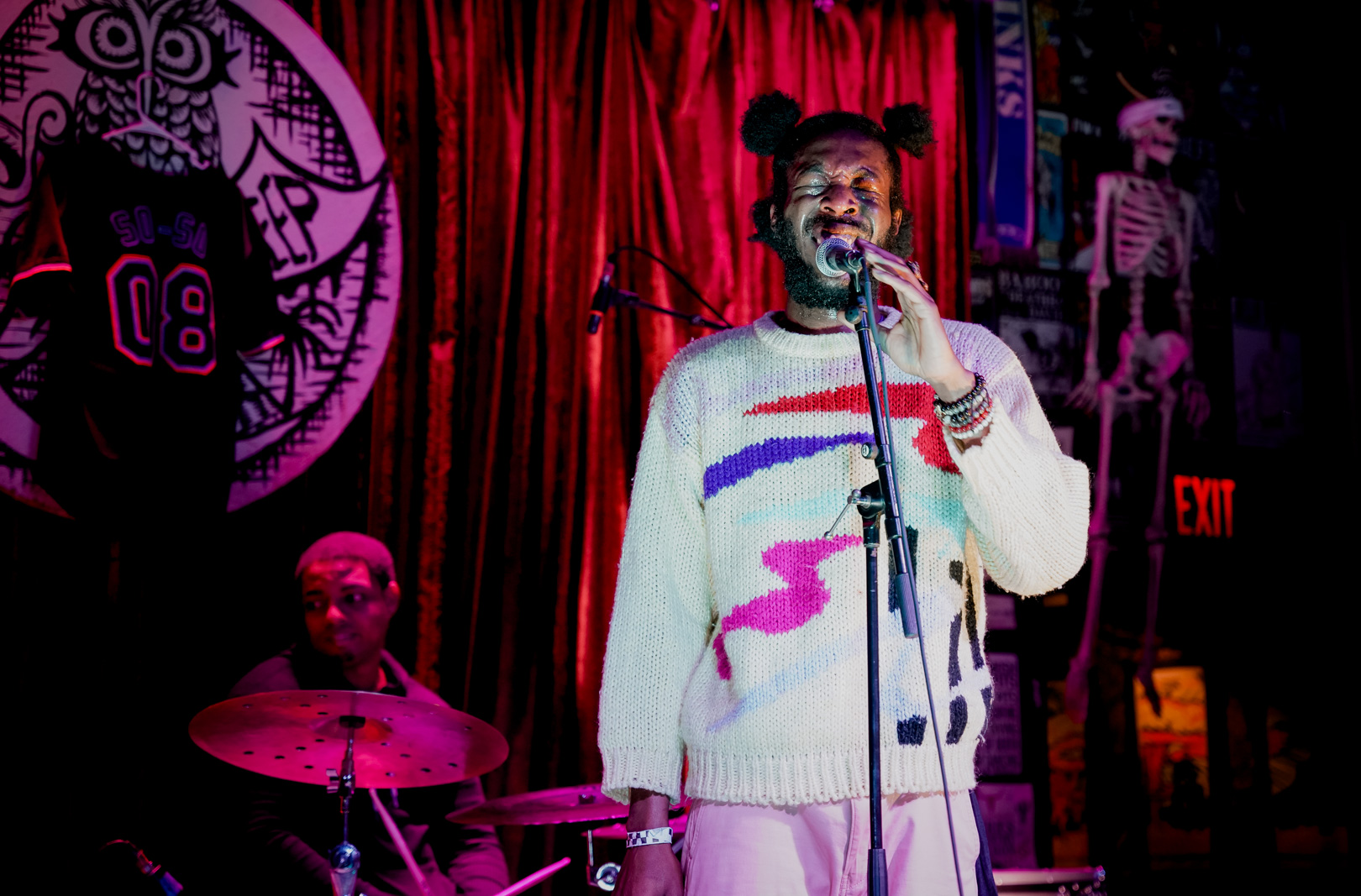 As the artist formerly declared himself Tommy Raps, he dressed himself in a new “Fred Rogers-esc” sweater on stage. Photo: Jessica Waffles 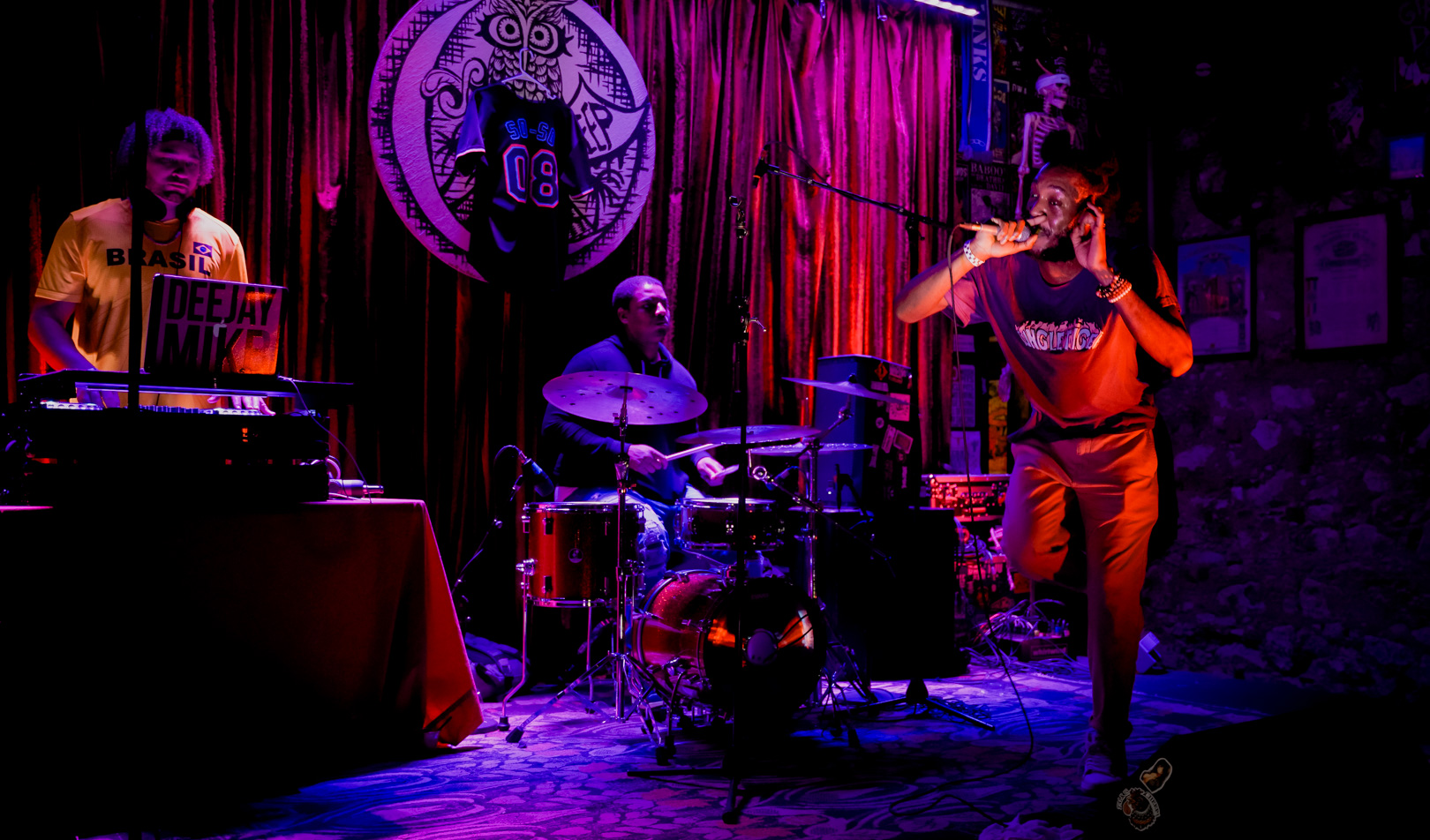 Tommy Raps was backed up by DJ Mike B and Rick Jones at Three Links. Photo: Jessica Waffles 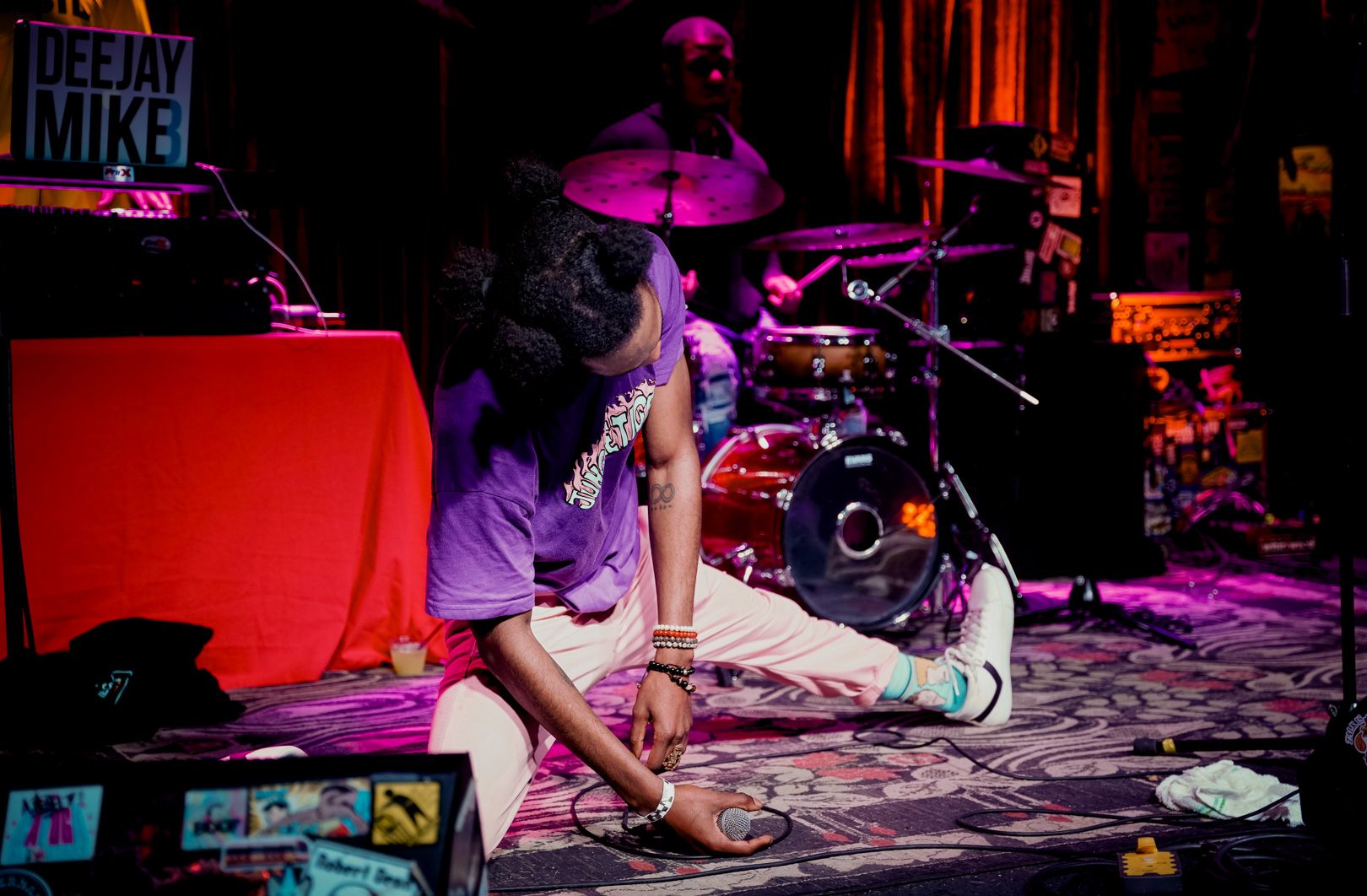 Tommy Raps takes his last split on stage at he end of the set at Three Links. Photo: Jessica Waffles