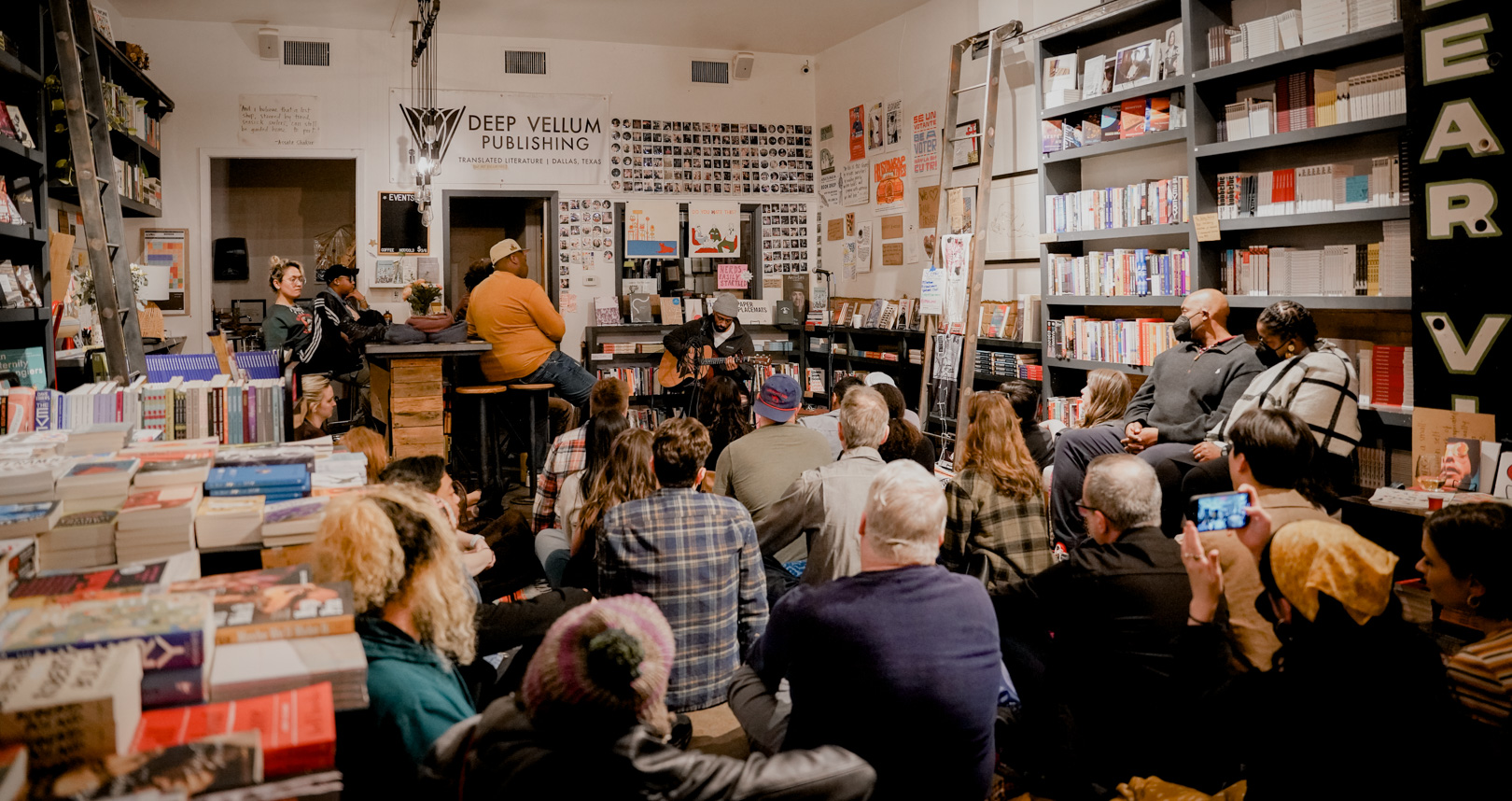 Sofar Sounds is a live music experience that hosts secret concerts in unique spaces all over the world. They pride themselves on “having an ear of undiscovered sounds.” They featured now-famous artists like Billie Eilish, YEBBA, and Leon Bridges before their skyrocketing breakthroughs.

The organization originated in London, when two friends decided that they loved live music, but hated crowded concerts with people not paying attention to the show. They wanted people to respect the artists and respect the microphone.

The intimate settings give artists a listening room to perform original music. Texting or talking during the show is discouraged.

In this installation at the Deep Ellum location show, three artists performed to a sold-out show inside Deep Vellum Books on Commerce Street.  Attendees sat on the floor with cushions and blankets that were provided, or took a seat on a low chair they brought themselves. The night was MC’d by Madame X. 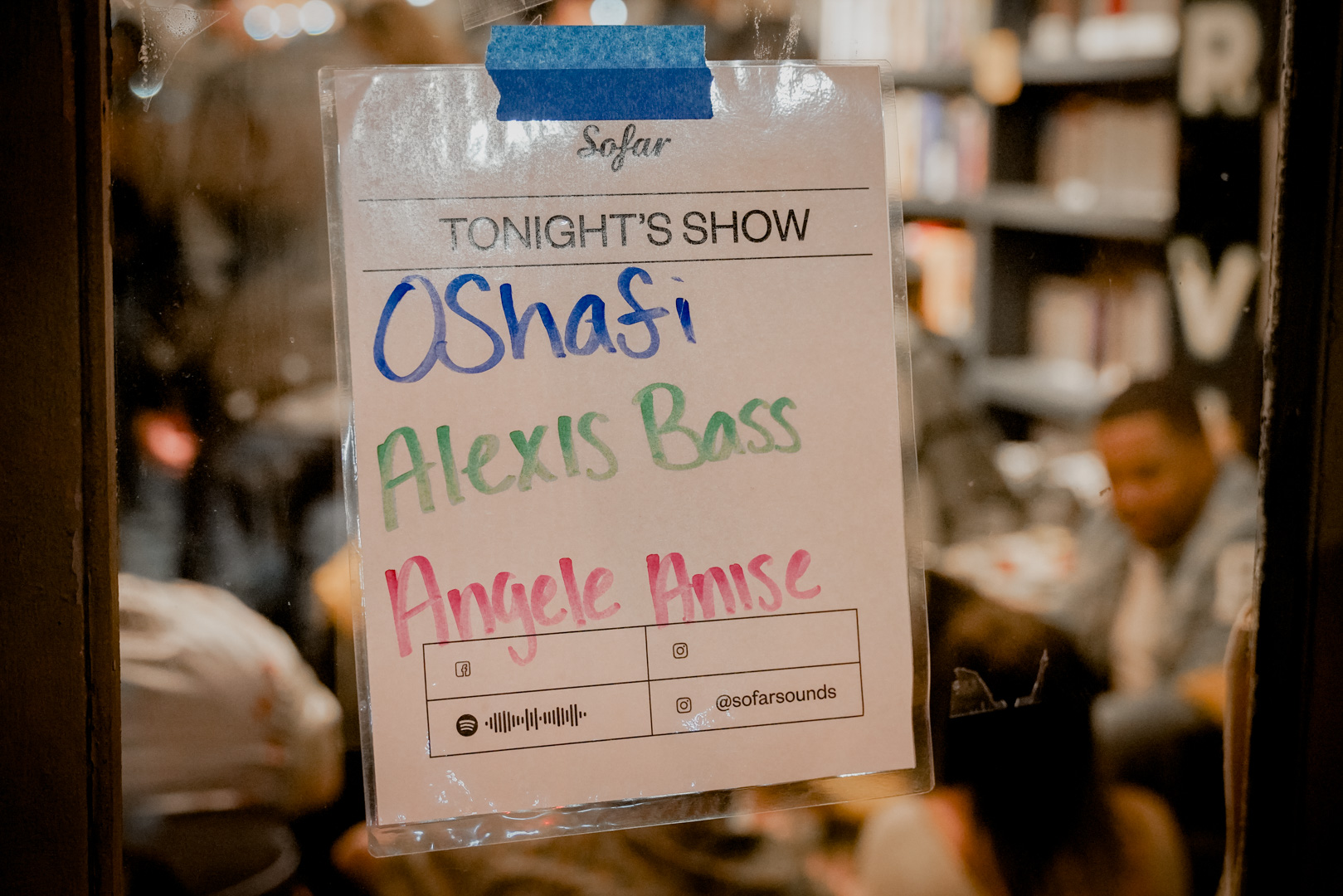 The lineup for the Sofar Sounds show was posted outside Deep Vellum Books. Photo: Jessica Waffles

The first artist to perform was Oshafi, a poet and musician originally from Los Angeles, who is now Houston-based.

His poetry eventually evolved into songwriting, with multiple releases of music throughout 2022. His current offerings include EP Heaven and a Dream and EP Free Water: An Acoustic EP. The latter includes his latest single, “True Colors.”

After each song, he had a short Q&A with the crowd, engaging the audience to dig deeper into the music and techniques. 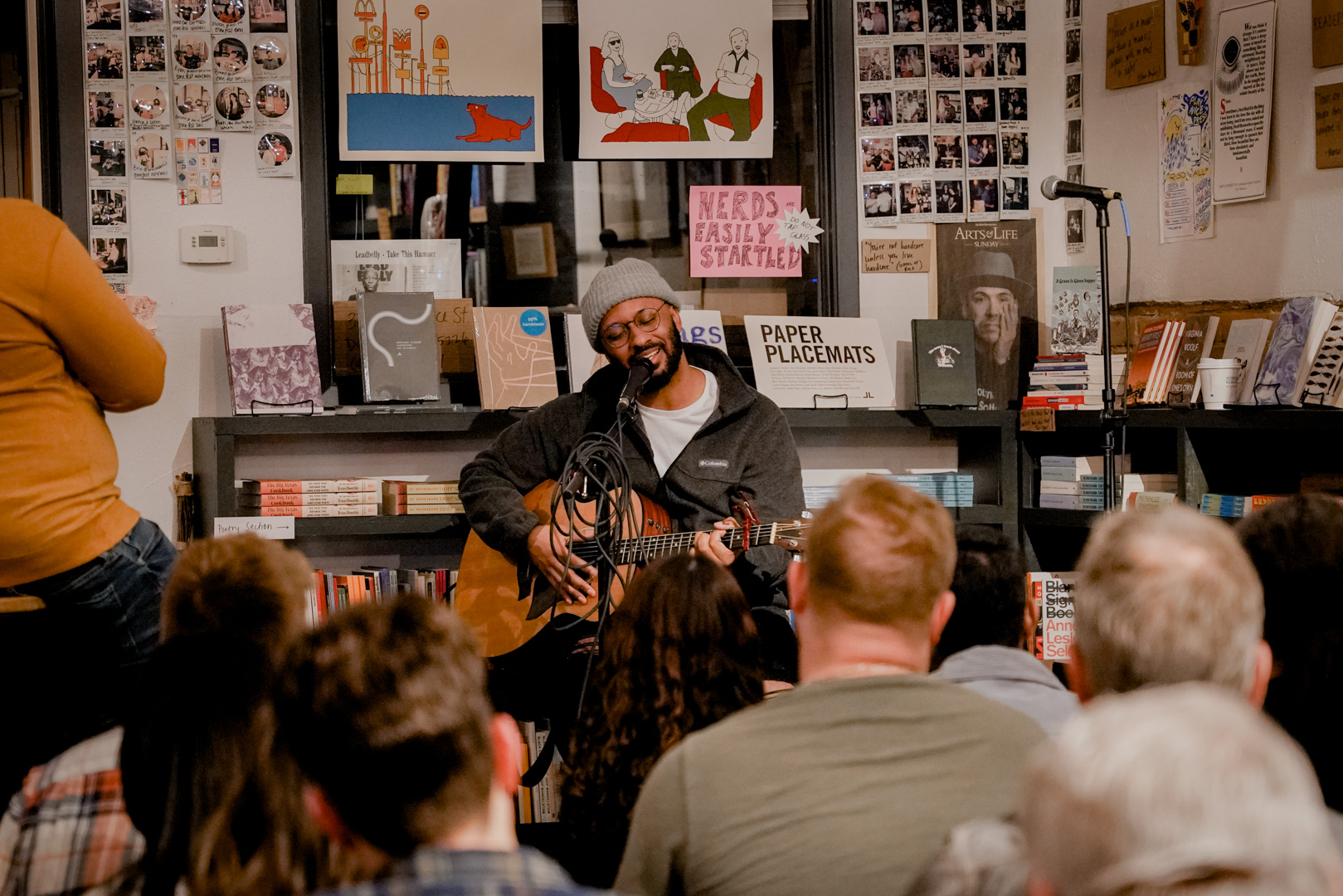 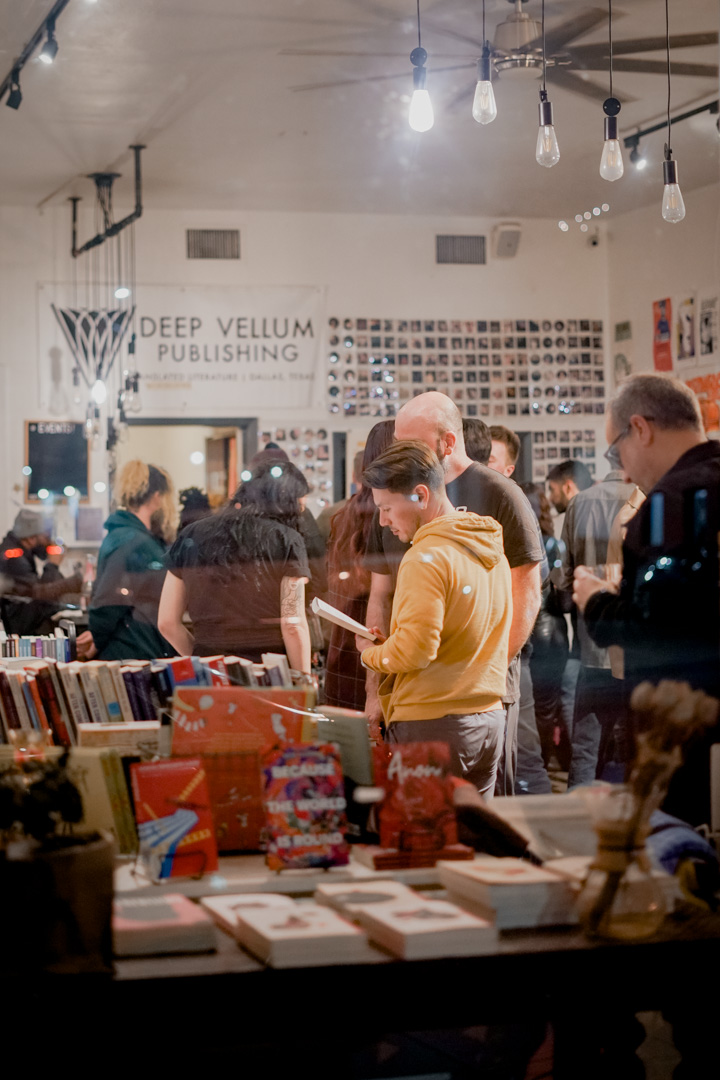 This show was his first Sofar Sounds appearance, as well as his first official show with his name on the bill. However, he’s a seasoned musician through playing with several bands and at local open mics. This event was a step in branching out his solo career, and he plans on releasing his first solo album this year.

Olguin performed five original pieces, including one he wrote for his late grandmother, called “Nina.” The song “Durango” in the video above is about the place in Mexico his family is from. 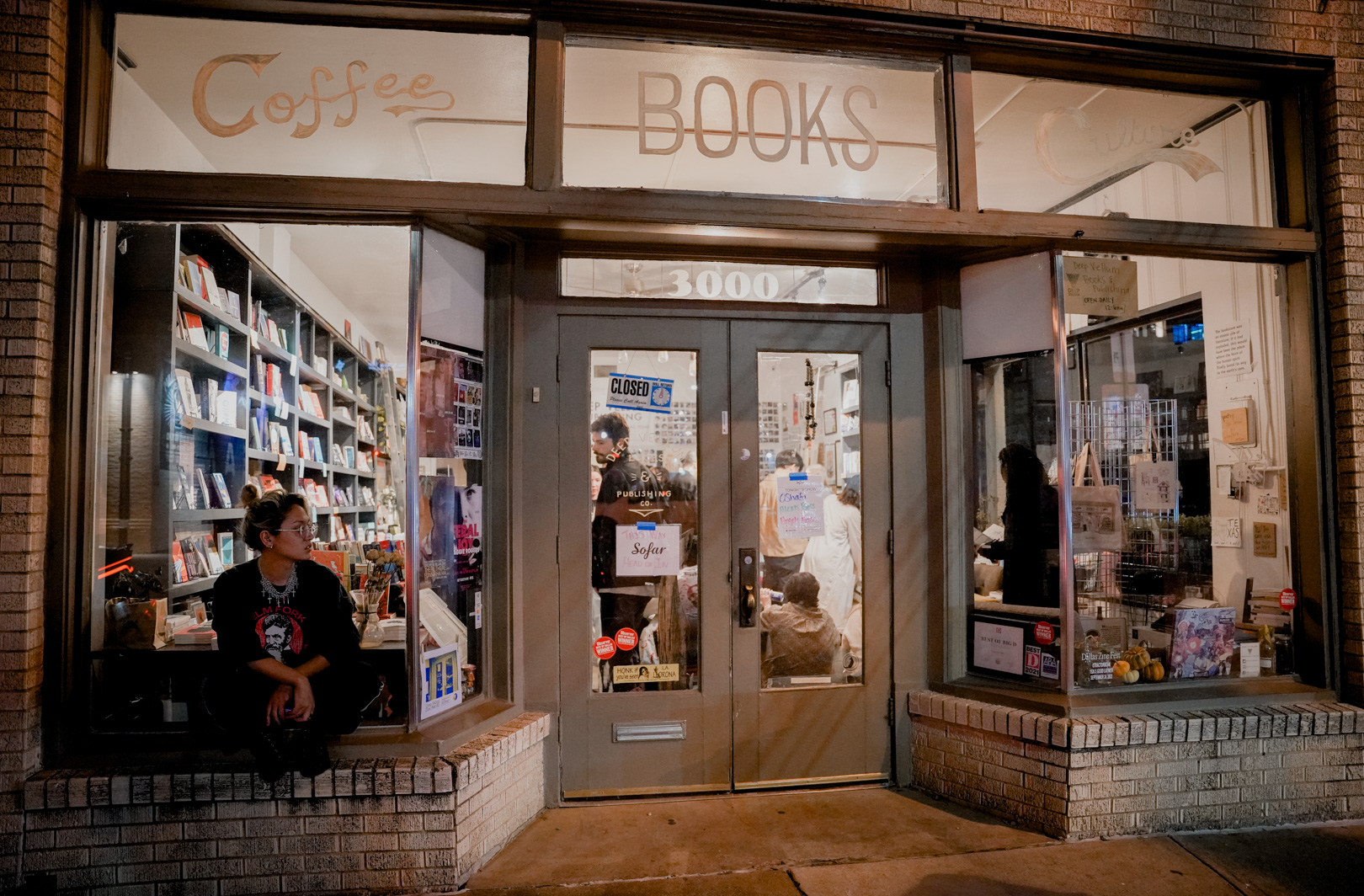 Deep Vellum Books was a gracious host for the night, packing the bookstore with a sold-out show. Photo: Jessica Waffles 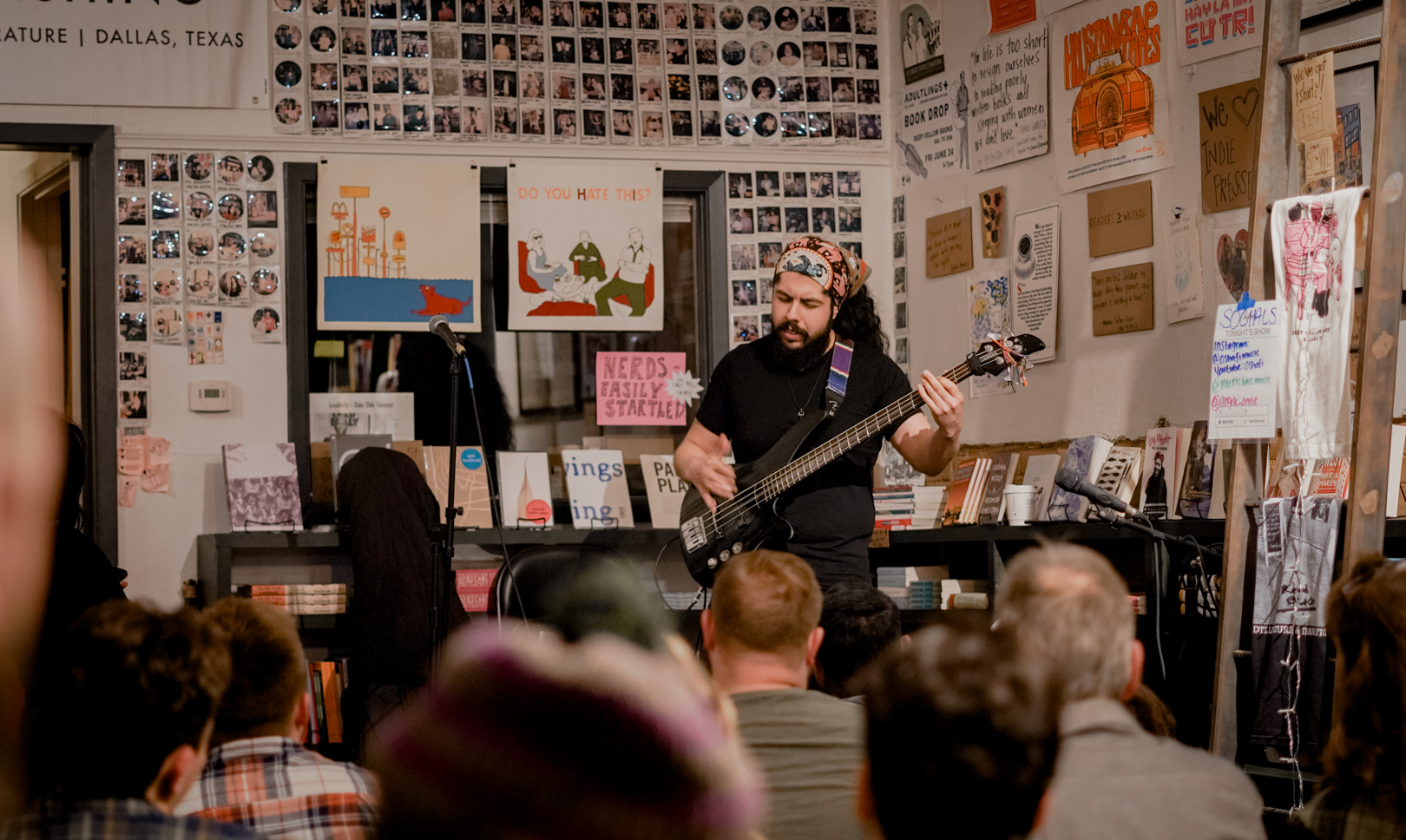 Alexis Bass performed original instrumentals on bass at his first ever Sofar Sounds show, as well as his first ever show with his name on the bill. Photo: Jessica Waffles

The third and final artist of the night was Angèle Anise, who is originally from Louisiana but is now Chicago-based.

She has a new single called “Safe To Say” and will be releasing a live recording this March.

Her gospel influences meld with influence from artists like Ella Fitzgerald, Erykah Badu and Lauryn Hill. She is known for her modern sophistication and being a self-proclaimed Yankee-Fried Southern Belle with a lifelong passion for vocals, a 10 year obsession with Piano, and the abstract exploration of guitar to share her most melodic emotions.

Find more information about secret Sofar Sounds shows with secret lineups all over DFW and beyond here. 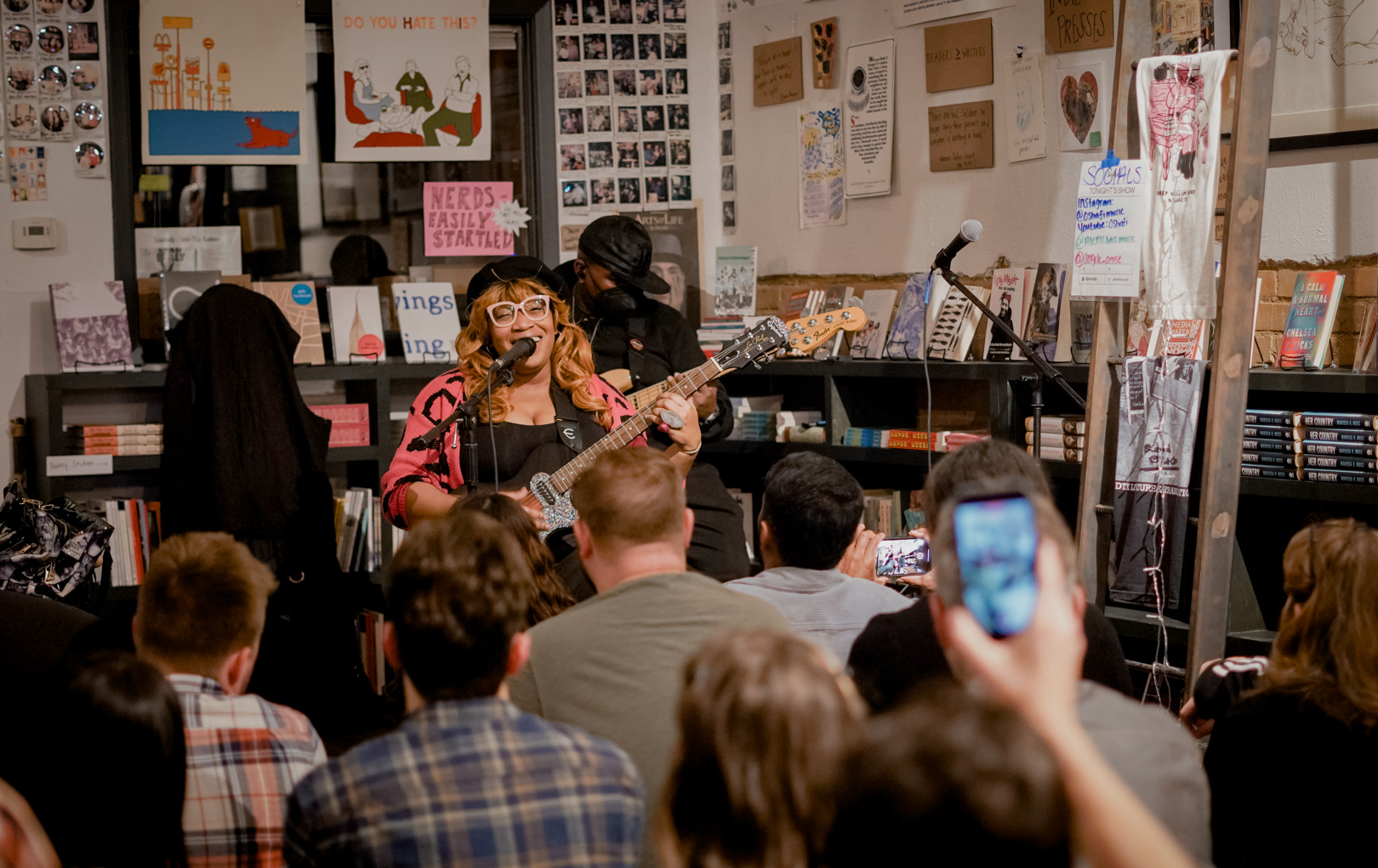 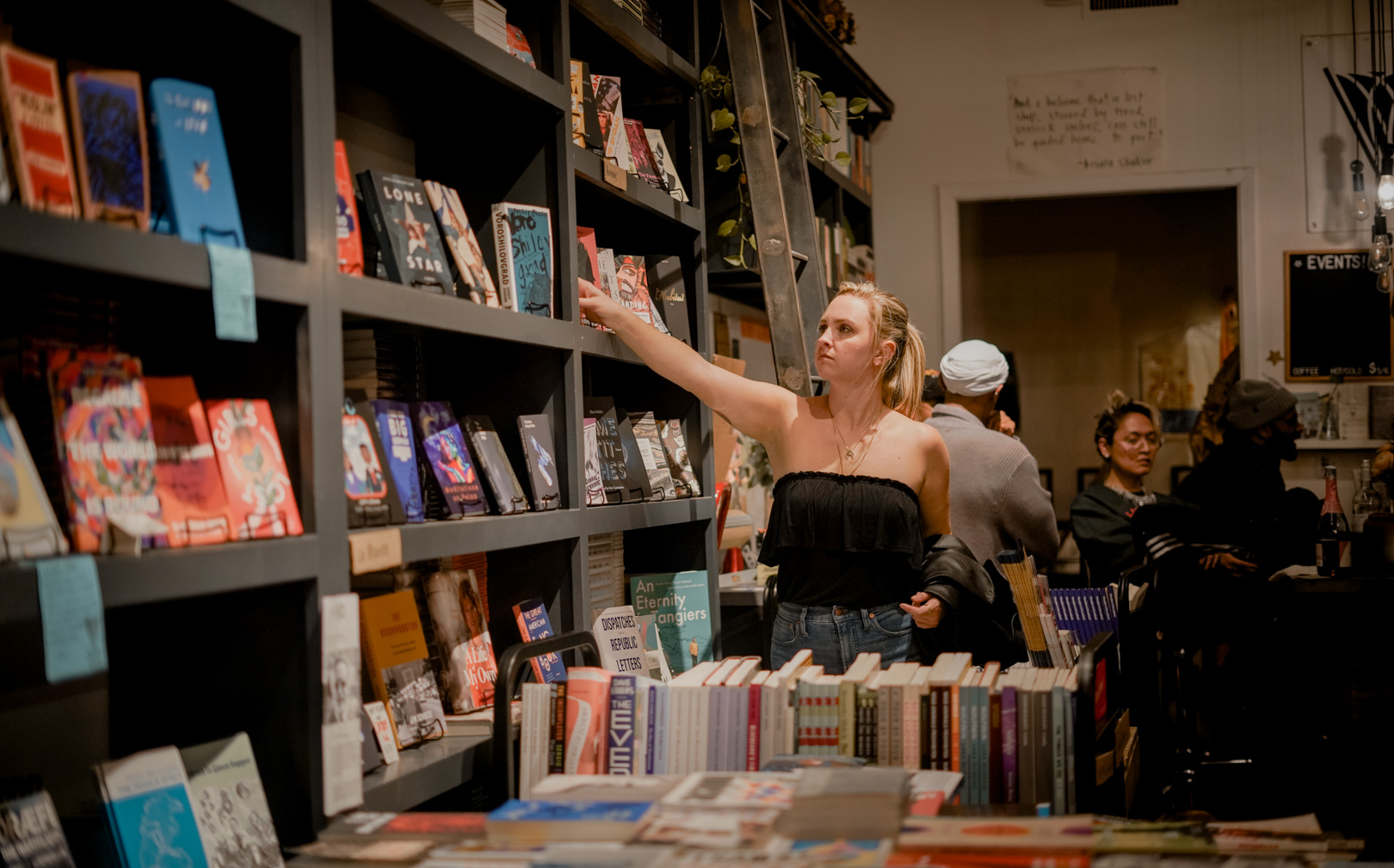 The Deep Vellum Book Store has selections published by the organization as well as a variety of other authors. Photo: Jessica Waffles 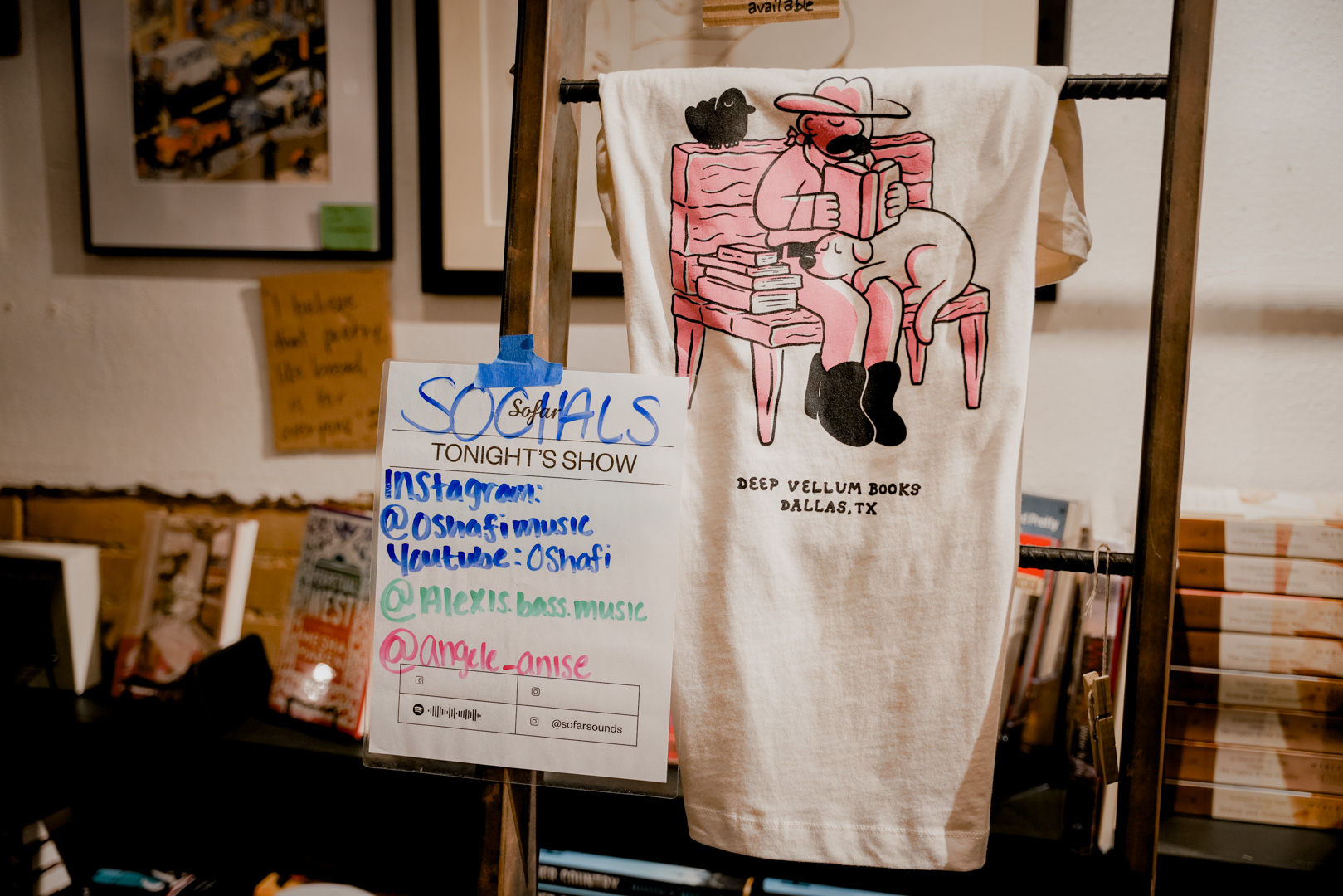 The performers’ social media accounts were posted inside the venue. Photo: Jessica Waffles 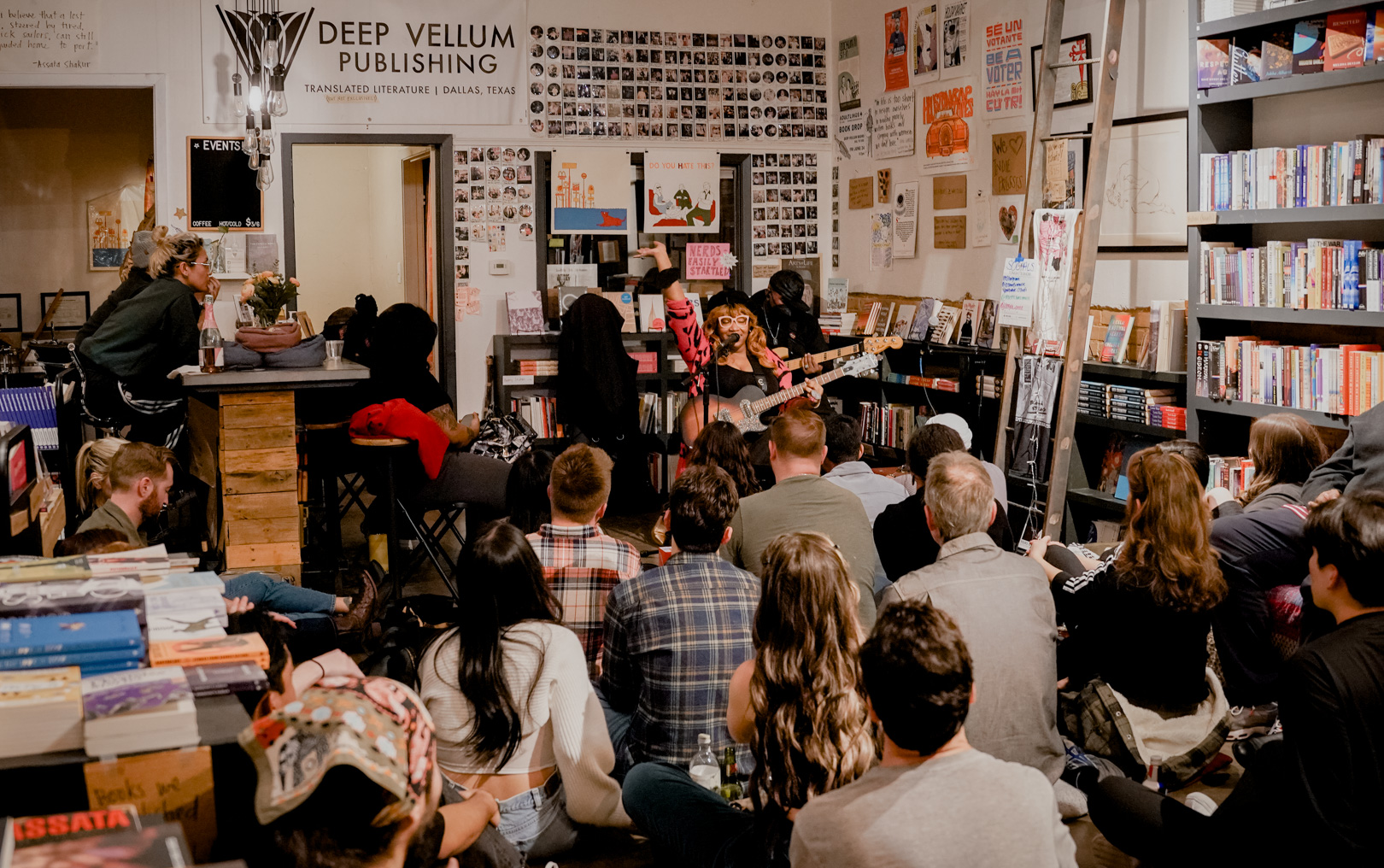 The night ended with a joyful set from Angèle Anise for the Sofar Sounds – Deep Ellum show. Photo: Jessica Waffles