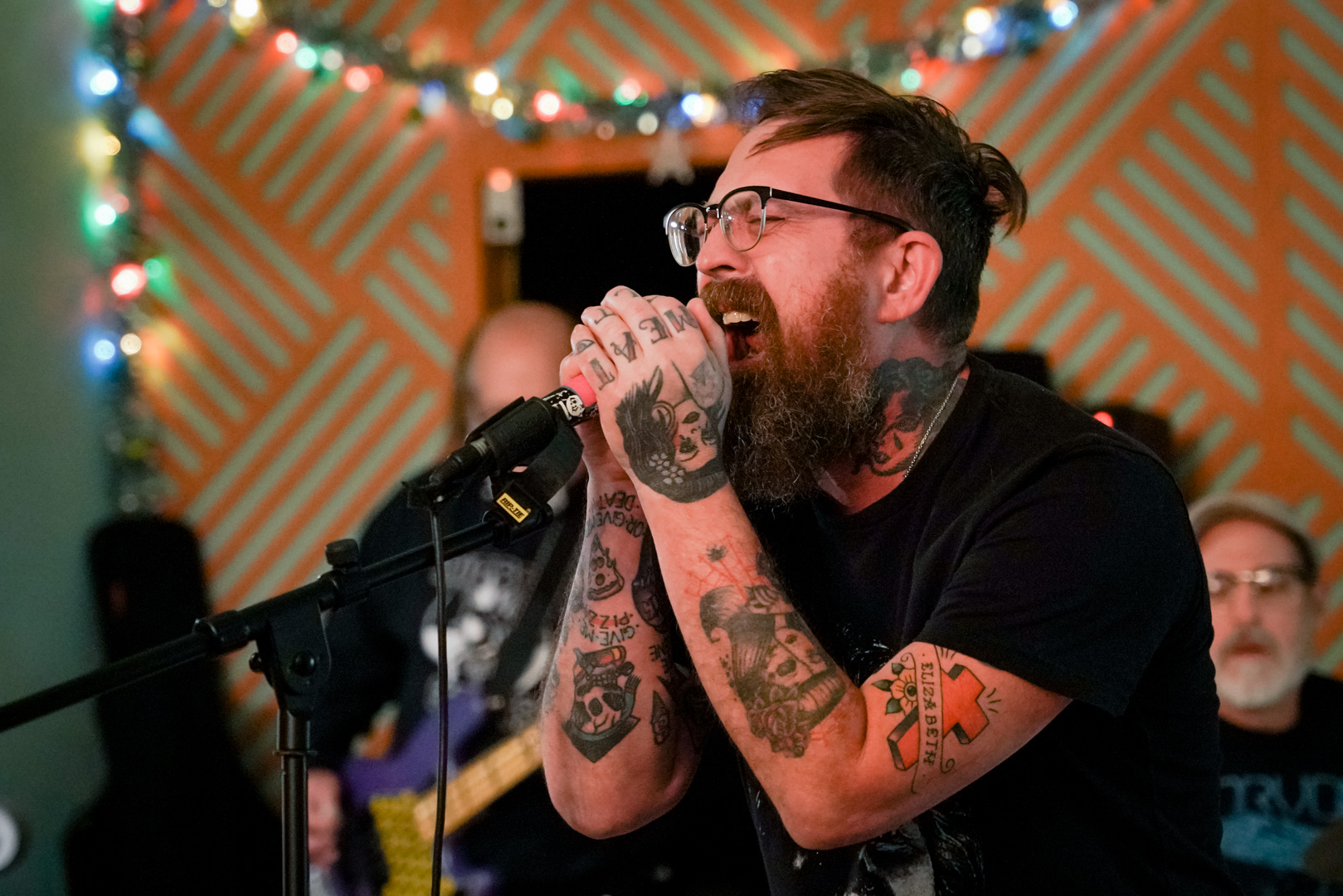 The event had a large donation box for toys, hosted a raffle with prizes, and offered complimentary food and drinks to attendees.

The location is the longest-running record store in Dallas, serving up vinyl since 1956 in Oak Cliff. Top Ten Records opened in as a community record shop and concert ticket outlet. 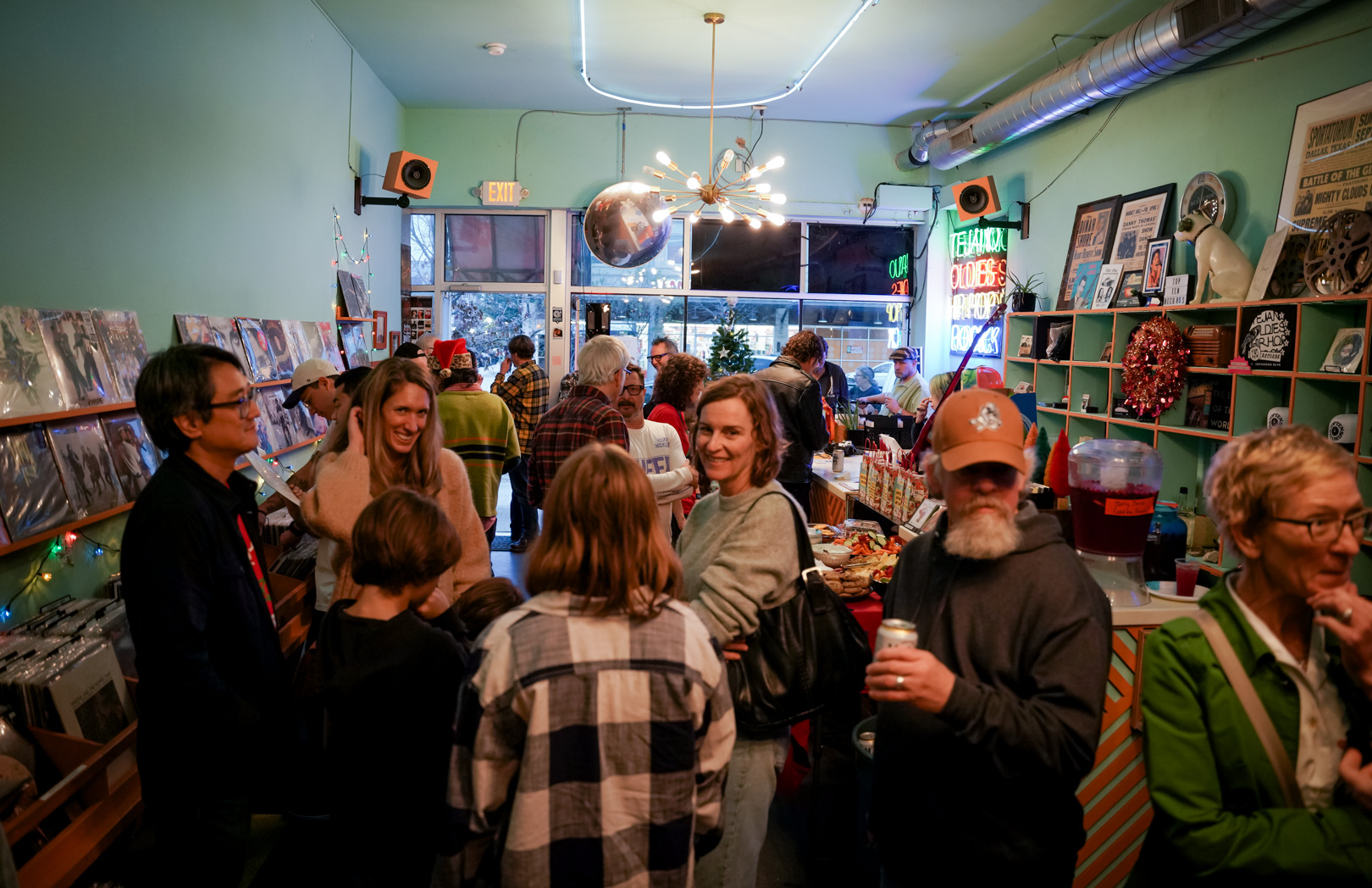 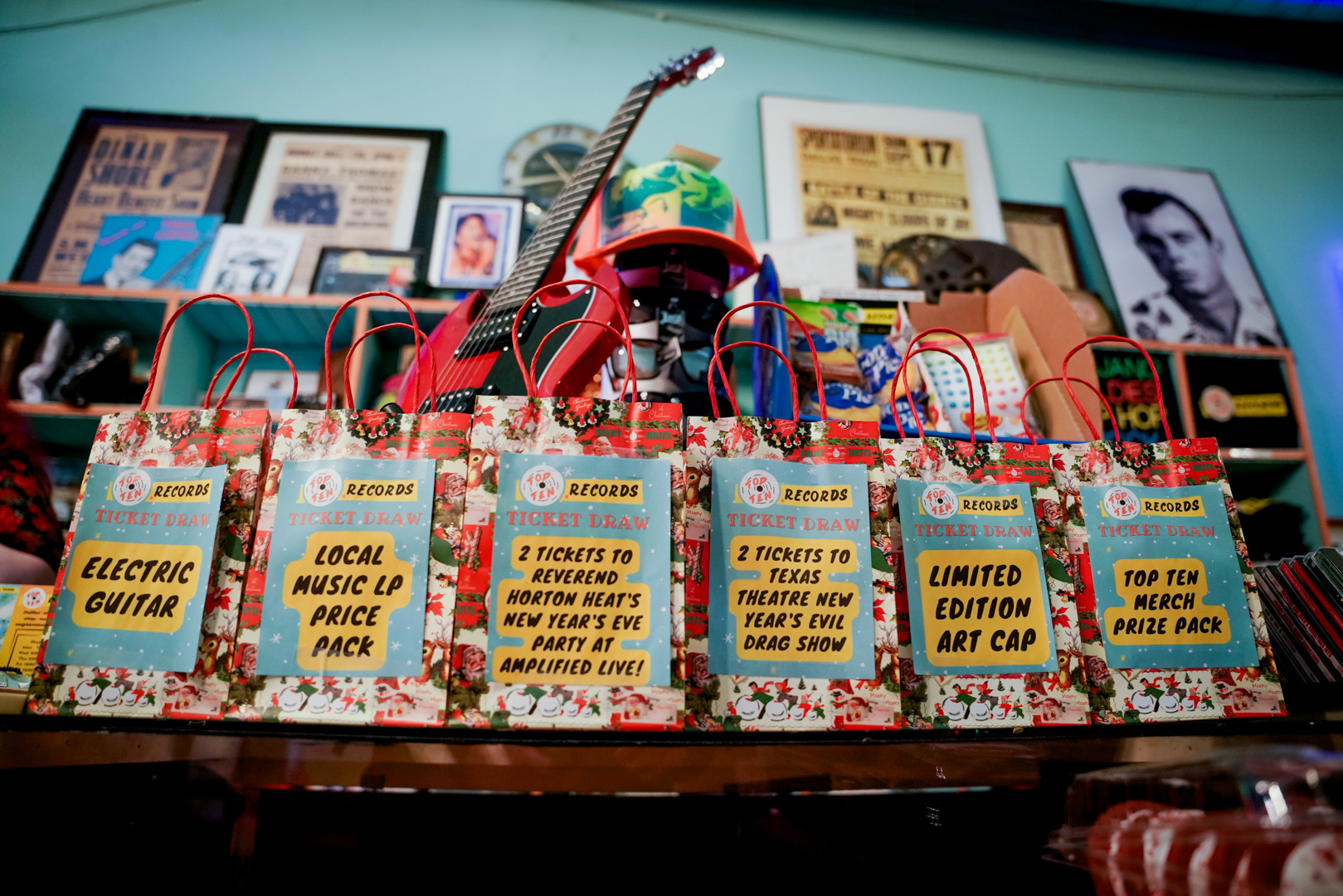 There was a donation raffle at Top Ten Records for various prizes, including an electric guitar. Photo: Jessica Waffles

Gemini is a brand new young band consisting of 10-year-old twins playing rock instrumentals with an electric guitar and drums.

Songs like “Come As You Are” by Nirvana made the crowd cheer in excitement. The twins held their own remarkably well, showing their capability in their very first debut show. 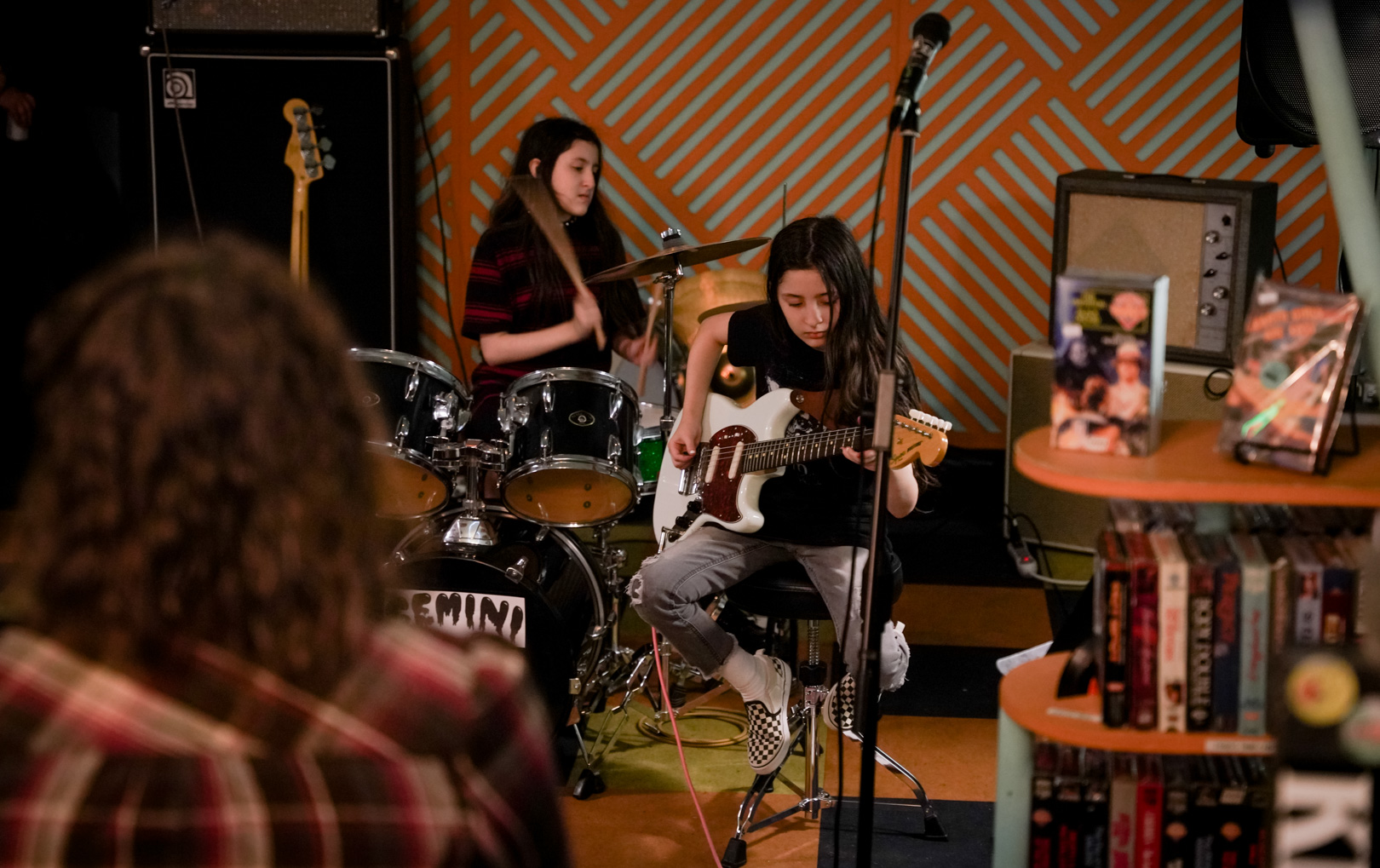 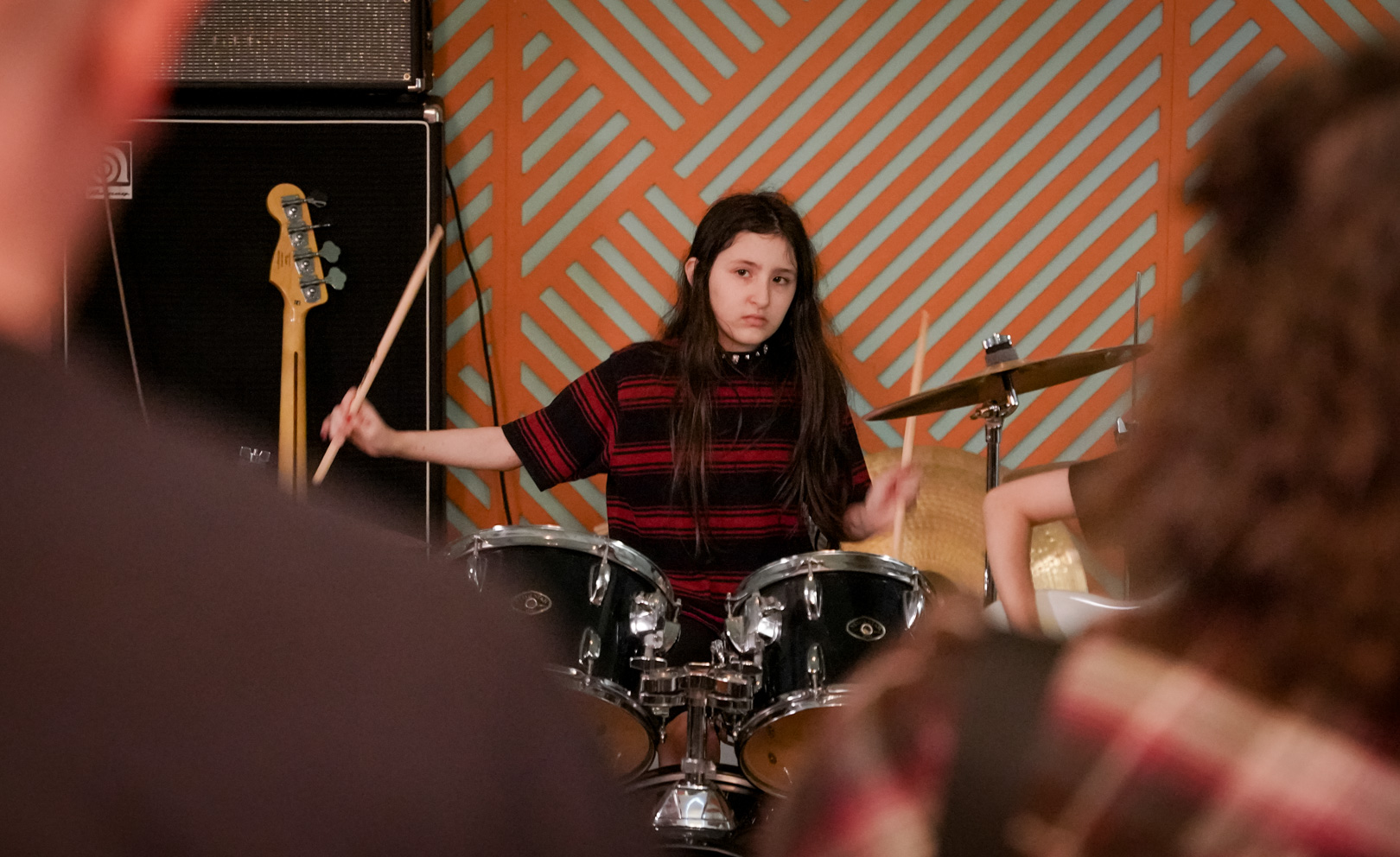 The toy drive at Top Ten Records benefits the La Monarca Foundation, a nonprofit that helps undocumented families transition into life in the United States after being released from detention centers.

Started in 2019, the organization has provided food, clothes, hygiene products and more to hundreds of undocumented families. 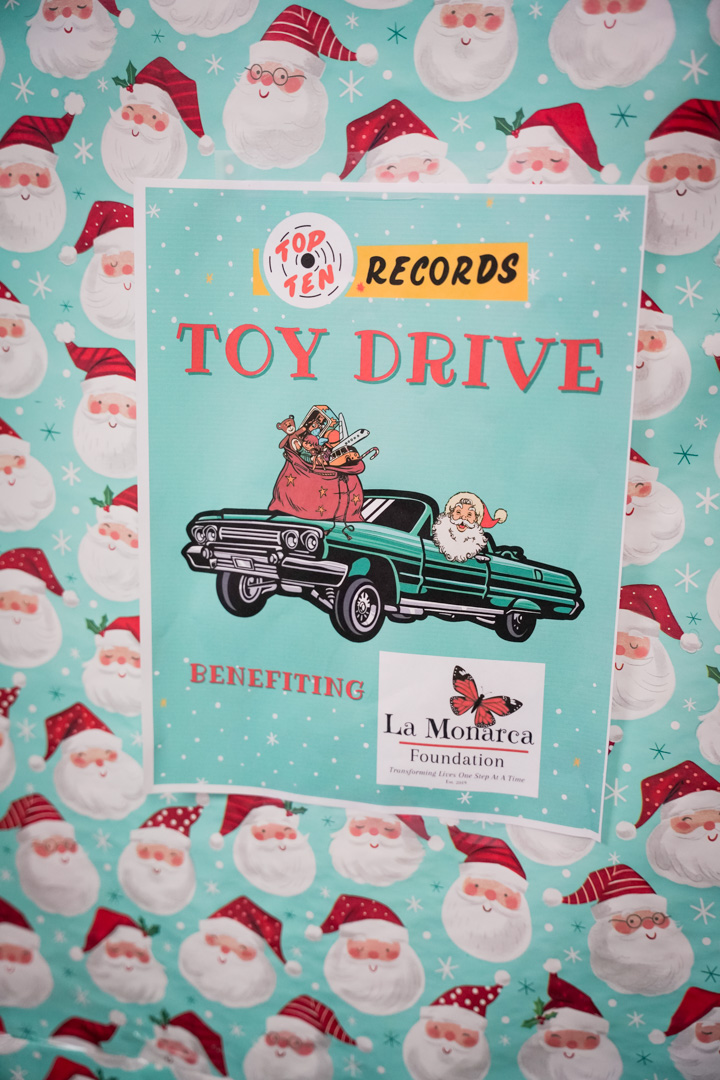 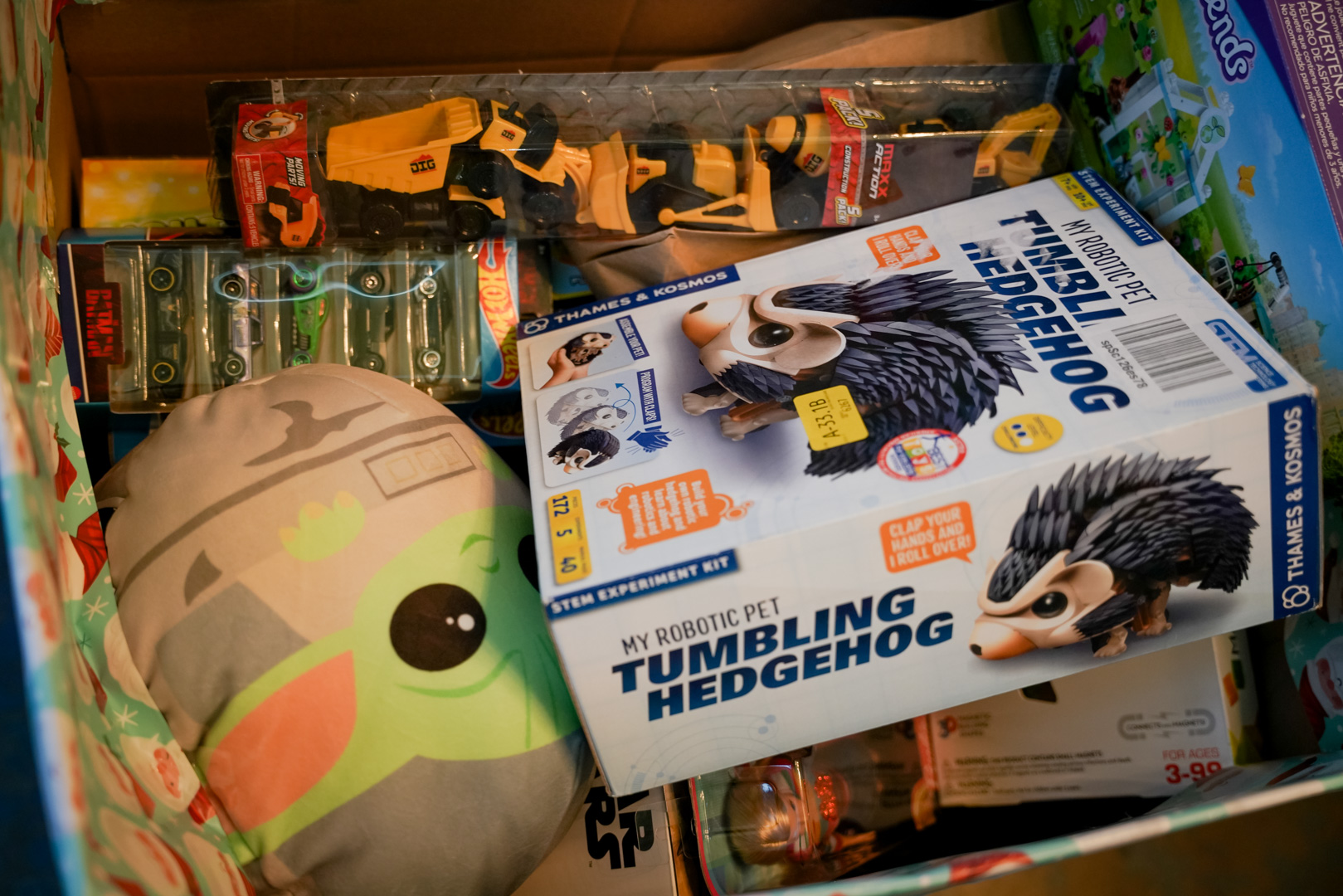 All kinds of toys ended up in the donation box, including a robotic hedgehog. Photo: Jessica Waffles

SPACEDIME played the second set of the night, followed by Cryptolog. DJ Storm closed out the night before the raffle winners were announced.

The next event at Top Ten Records will be this Friday December 16. JUMP, Taerokee StoneKeeper and Swell Fellow will play featured genres bedroom pop and lo-fi hip hop. Find tickets on the Top Ten Records website. 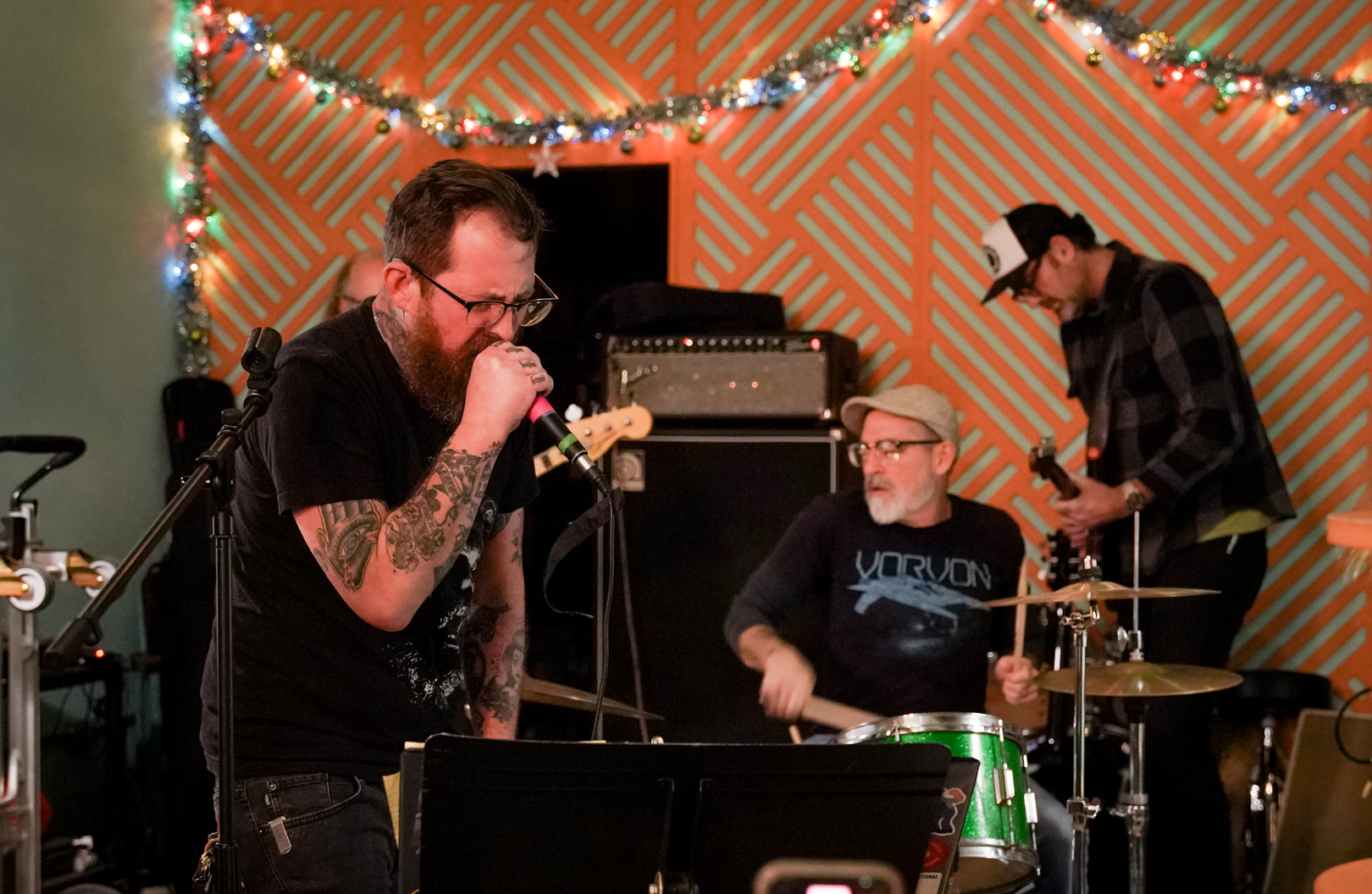 SPACEDIME filled the room with sound to an audience that filled the record store. Photo: Jessica Waffles

Fun fact: Top Ten Records sold the most tickets to the Elvis Presley show at the Cotton Bowl in 1956, the year the record store opened. 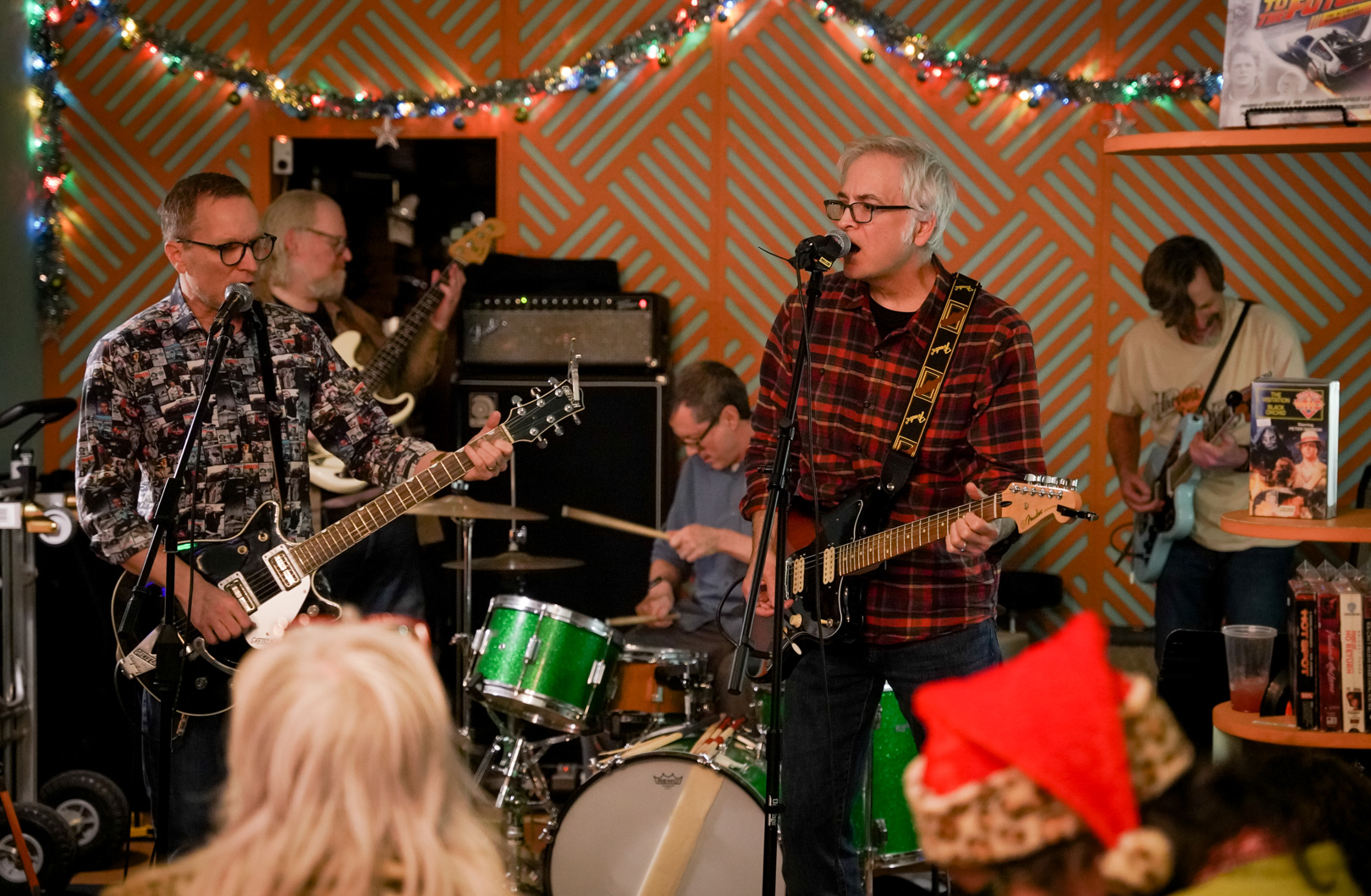 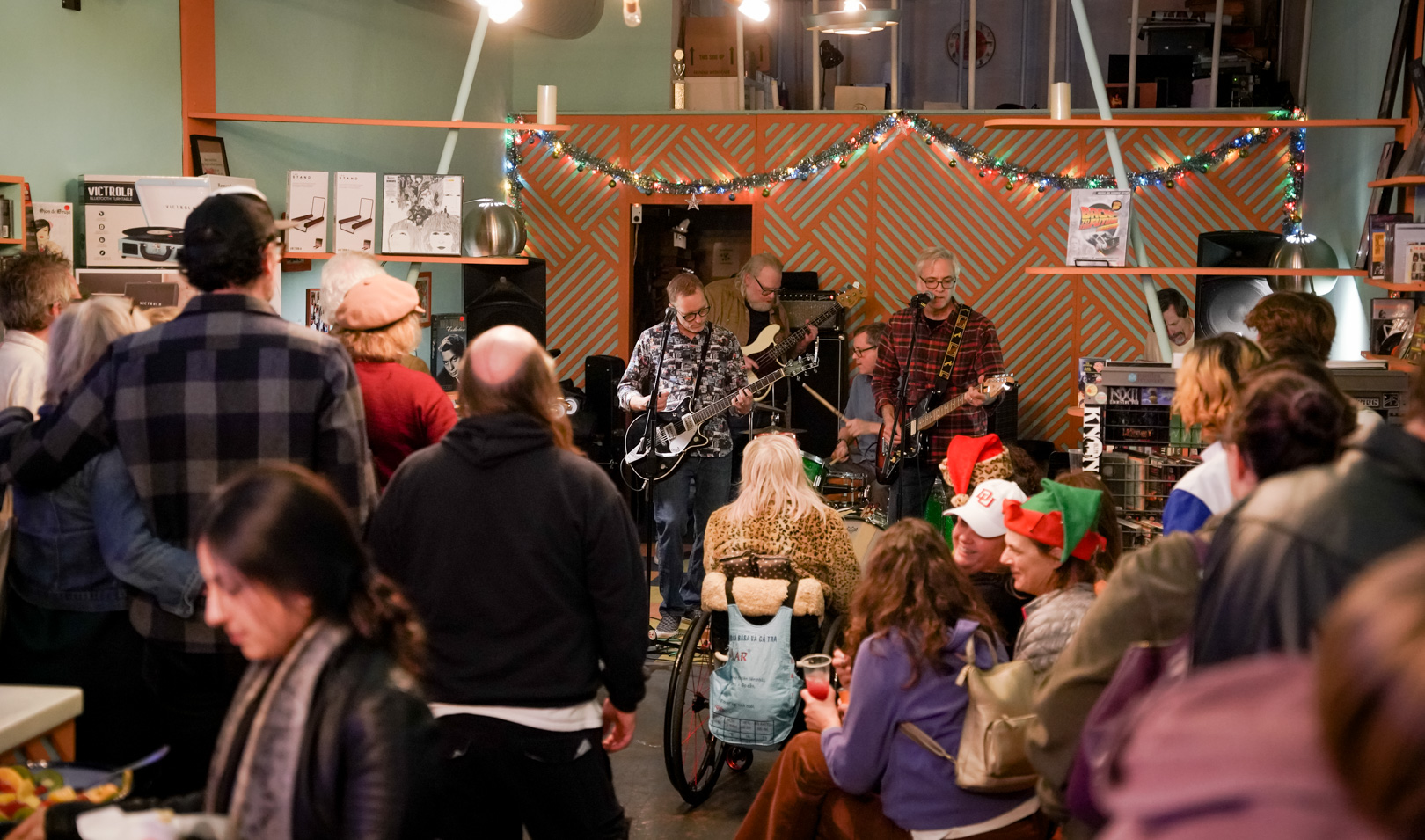