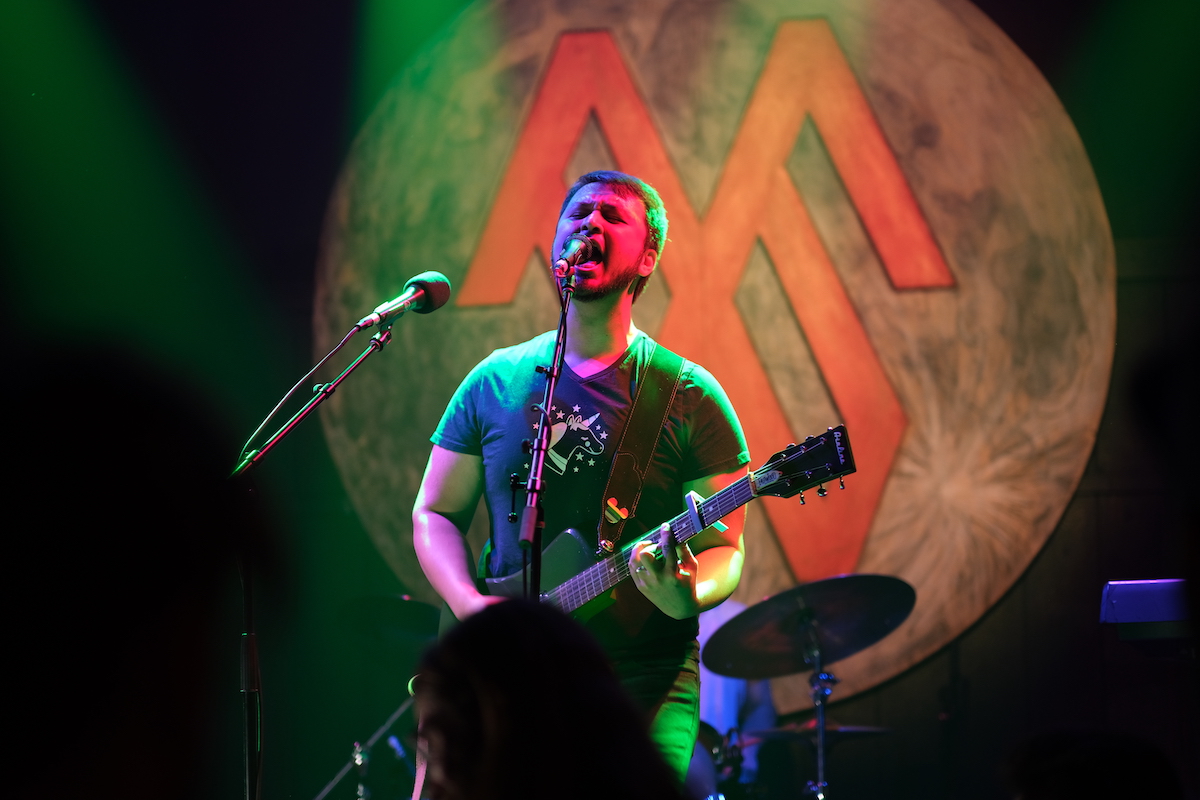 It’s no secret North Texas is home to an eclectic mix of artists, spanning a variety of genres and, occasionally, even inventing new ones.

But for all the wonders local musicians create in the studio, the creative impulses also extend to the realm of the music video, which, while far from its culture-saturating MTV heyday, can still be a very effective piece of marketing, concisely showing an artist’s vision for their project.

Nilufer Arsala, host of The Local Show on KXT and Preston Jones, KXT music journalist, have been fortunate to see a lot of fantastic clips from area acts this year, but here, in no particular order, are 10 of their favorites.

Glitter started exploring more of an indie pop sound this year, which culminated with the release of her self-titled EP. “Pretend Love” is tinged with retro goodness, so it’s only appropriate that the video is set in an arcade. As a bonus, fellow musicians Remy Reilly and Amy Kathleen (from the band Almost Jaded) take starring roles in this tumultuous love story.

Court Hoang, “The Basement”
Court Hoang’s Get Right is a bravura piece of work, stitching together a riot of disparate influences to create a deeply moving, gripping whole. That wryly amusing, ferociously creative approach is on full display in this clip.

Pearl Earl, “Evil Does It”

The psych-rockers announced that they’ve been selected as an official artist for SXSW 2023 shortly after the release of this song. “Evil Does It” is a song that illustrates the disparities between the haves and the have-nots. Hang tight for the plot twist at the end.

The Dirty Shirts, “Shake”
The sexy-filthy throwback sounds of Dallas rockers The Dirty Shirts are ideally suited to the elastic, limitless possibilities of animation, making this retro-themed clip a blast in lockstep with the anthemic tune.

Phantomelo has become known for releasing quality videos that get a point across using humor, props, and sometimes puppets. This time we got a team of wrestlers vs. a giant shark and panda.  “Shark Attack” started out as a commentary on social media influencers but quickly morphed into a protest anthem about current events. Want to learn more? Our colleague Alec caught up with the band when the video was released last summer.

The seven-piece cumbia group was founded by Brothers Agustin Granados Jr. and Christian Granados. “AMBNT” sounds like a party, so it only makes sense that a party is what we get in this dream sequence clip.

Rafa, “Si Te Vas”
One of the most visually arresting artists in North Texas, Rafa’s deceptively spare “Latin trap” style provides a sharp juxtaposition with ravishing, future-shock clips like this one.

This might be the perfect song to listen to while driving down North Texas highways. The Fort Worth emcee and self-described craft beer enthusiast teamed up with fellow rapper and influencer Suave Ski for “Crewz Control”, and the video brings us some stellar street scenes and skylines.

Panoramic Duo, “Sad Summer”
This Fort Worth pair swan-dives into retro sounds — the glistening synths and guitar sounds of the early 1980s are alive and well here — and this clip for atmospheric single “Sad Summer” deftly bridges then and now.

Nilufer is the host of the KXT Local Show and a KXT weekend host. She’s also the Manager of Radio Operations for KERA and KXT.

Preston Jones is a North Texas freelance writer and regular contributor to KXT. Email him at [email protected] or find him on Twitter (@prestonjones).