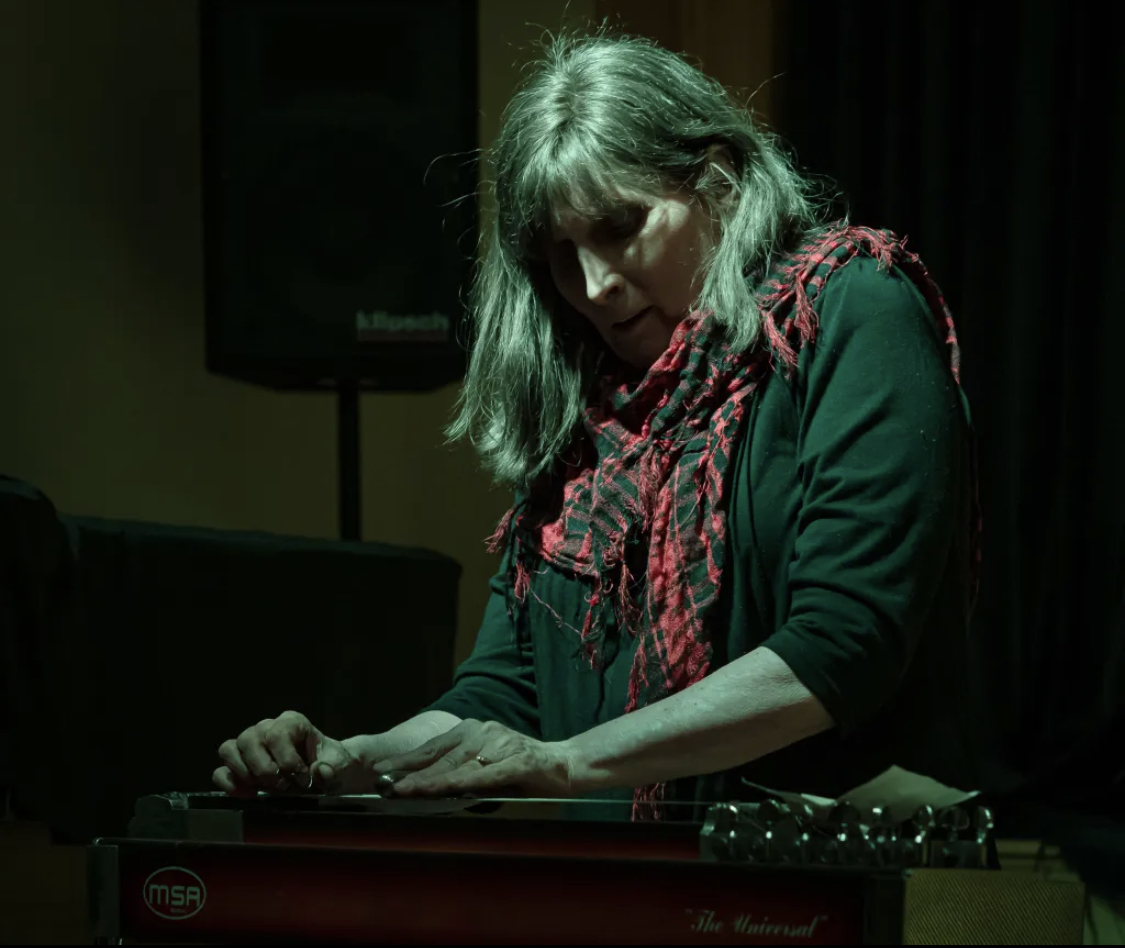 The inaugural Molten Plains Fest, which kicks off Friday at Denton’s Rubber Gloves Rehearsal Studios, is described by one of its organizers as “fostering the spirit of adventurous music and further sounds.”

It’s a sentiment which could just as easily double as a mission statement for those who make Denton their artistic home. The two-day event will feature more than 20 artists from over a dozen different cities across the United States — musicians hailing from Baltimore to Oakland will be on hand — and encompass a dizzyingly eclectic array of experimental, electronic, jazz and contemporary sounds.

“It’s the first festival of its ilk happening in North Texas, and it’s also a celebration of the end of the year since we started the monthly series of the same name,” said organizer Ernesto Montiel via email.

Here are five can’t-miss artists to catch in action.

An acclaimed composer and pedal steel guitarist, the Cleveland-born Alcorn cut her teeth playing blues and, for a time, Western swing and country music in Texas, before fusing a multiplicity of genres — among them, free jazz, folk music and ragas — to create something wholly unique. “I view the instrument I play … not as an object to be mastered, but as a partner with which to share with the listener a meaning, depth, and hopefully profound awareness of each fragile moment we’re together,” Alcorn writes on her website.

Experimental guitarist Bill Nace has collaborated with a galaxy of avant-garde (or artfully-inclined) artists across his career, including Yoko Ono, Kim Gordon, Steve Gunn and Thurston Moore, among others. He and Gordon teamed up to create the duo Body/Head over a decade ago, which has resulted in a series of albums, the latest of which was a collaboration with Aaron Dilloway, 2021’s Body/Dilloway/Head.

Characterized by Molten Plains Fest organizers as authoring “electroacoustic provocations,” the man born Christopher Walter in Chicago has spent much of his three-decade career fusing together extreme metal, noise, no wave and free jazz (among several other genres) to create what he often describes as “brutal prog.” Walter is also the founder of ugEXPLODE Records, an independent label home to many of his projects.

The duo of Ernesto Montiel (also one of the fest’s organizers) and Miguel Espinel — Monte Espina — bills its style as “Venezuelan electroacoustic improvisation.” Of a 2021 collaboration with vocalists Liz Tonne and Louise Fristensky, I wrote that Monte Espina was making music that “sounds like little else emanating out of North Texas, and often feels — in a good way — like an LSD bath for your brain.”

“Sound explorer” is how the Austin-based cellist, guitarist, keyboardist, sound artist and arranger Henna Chou’s art is described. Deeply engaged with the Austin arts scene, Chou is passionate about breaking down barriers, as she articulated in a 2018 interview. “I think that the more we can engage everyone in [the arts], the less divded society will be,” Chou told Sightlines in 2018. “For the immigrant generation especially, it is also great when you finally come into a chosen family of diverse types of people and feel accepted and welcomed.”