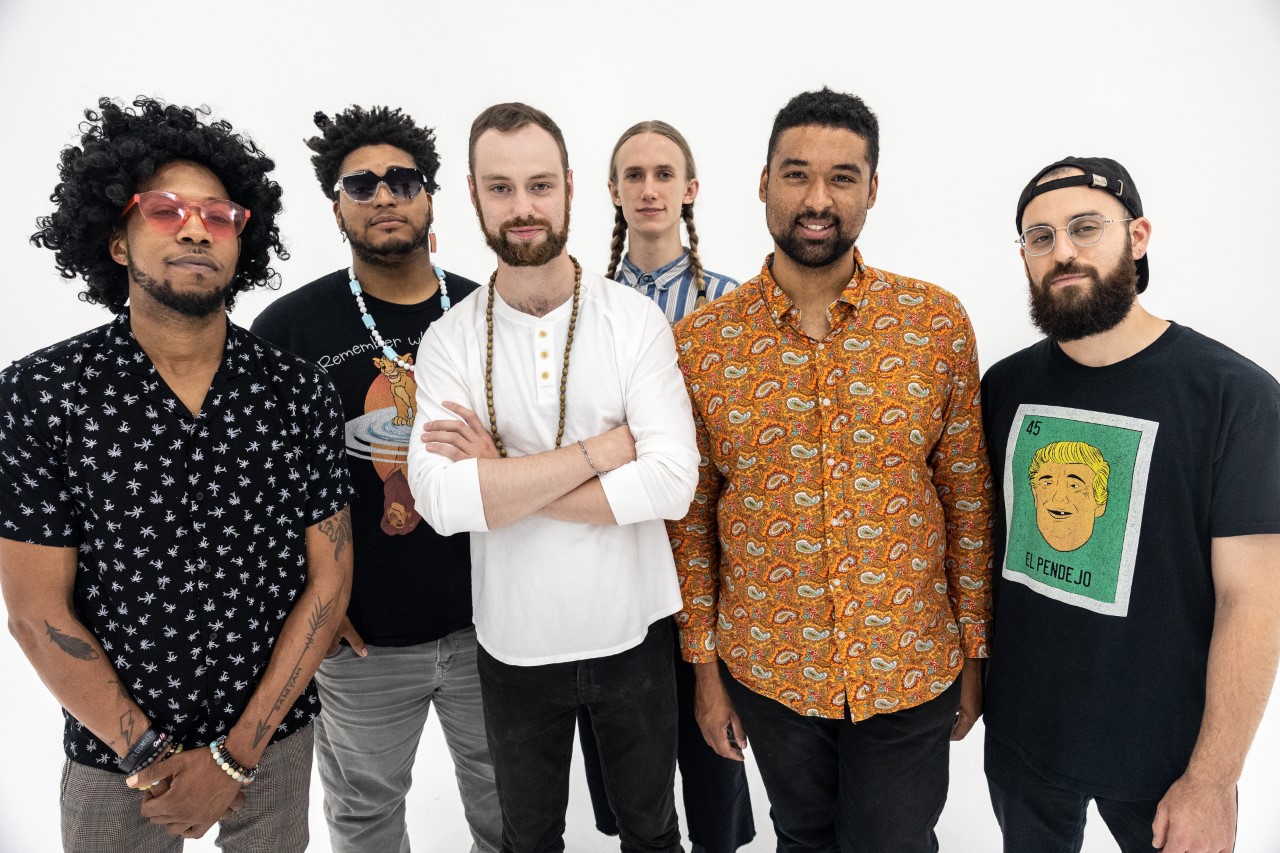 Max Gerl remembers it well — Wasafiri began with giving back.

“One of my best friends at the time, Ben Hixon, started working at Josey Records when it opened, and I got to know [Jeff] ‘Skin’ [Wade],” Gerl said during a recent conversation. “That was sort of an interesting situation where ‘Skin’ got in touch with me because he was putting together what became the Truth to Power project.”

Gerl’s donated song to that charity release (“Restoration”) opened the door to further conversation, when Gerl asked if he could re-purpose “Restoration” for his own solo release, 2019’s “Tbilisi,” which “Skin” agreed to release via the Eastwood Music Group label.

“That’s when they pitched me on Wasafiri: ‘We’re big into the ‘70s fusion thing; we really want to do this record,’” Gerl said. “They were pretty explicit about what they had in mind, stylistically … it was, ‘Hey, we want it to sound like it was made between ’70 through ’72 to ’75.’ … The way I interpreted that was they didn’t want it to sound like a cliché or a carbon copy, just … take it and run with it, make it yours.”

An acoustic and electric bassist who grew up in Dallas and attended Booker T. Washington High School for the Performing and Visual Arts as well as the Berklee College of Music, Gerl is the nominal figurehead of Wasafiri.

Suffice to say he and his Wasafiri collaborators — Nick Rothouse, Kwinton Gray, Marcus Jones, Matthew Babineaux and Ethan Ditthardt, among others — more than understood the assignment. Klearlight, the group’s debut effort, is suffused with reverence for the past, even as it charts a bold new course to the future.

It’s a funky, flipped out and ferociously compelling record, one which Wasafiri will celebrate with an intimate gig and vinyl release at the House of Blues’ Cambridge Room on Dec. 4.

Prior to entering Klearlight Studio — the record’s namesake; this project was the final one recorded in its long-time East Dallas home before owner Jimi Bowman closed up shop and merged with Fort Worth’s Niles City Sound — Gerl consulted with one of his mentors, jazz legend Stanley Clarke.

“When I knew I was doing this project, when I was writing it, I called him,” Gerl said. “His advice was so interesting … it had less to do with the creation of the music, as much as it was about ‘You need a consistent pocket; mix it this way — check out these records.’ … Having — I don’t want to say having his blessing because he didn’t, you know, like, put his hand on my forehead … just to have one of the founding fathers be like, ‘Oh, yeah, you’re gonna do this. That’s super cool. I’m looking forward to hearing it.’ It feels empowering.”

Having harnessed its arresting back-to-the-future style once, Wasafiri isn’t wasting any time getting back into the studio for a follow-up, having completed the principal tracking for its next release earlier this year.

“I think this music is a good vehicle for people being to kind of do their thing, and where where we can all, for lack of a better way of putting it, admire each other’s musicianship,” Gerl said. “I know that’s what I’m doing most of the time. It’s just being blown away by everybody’s contributions.”