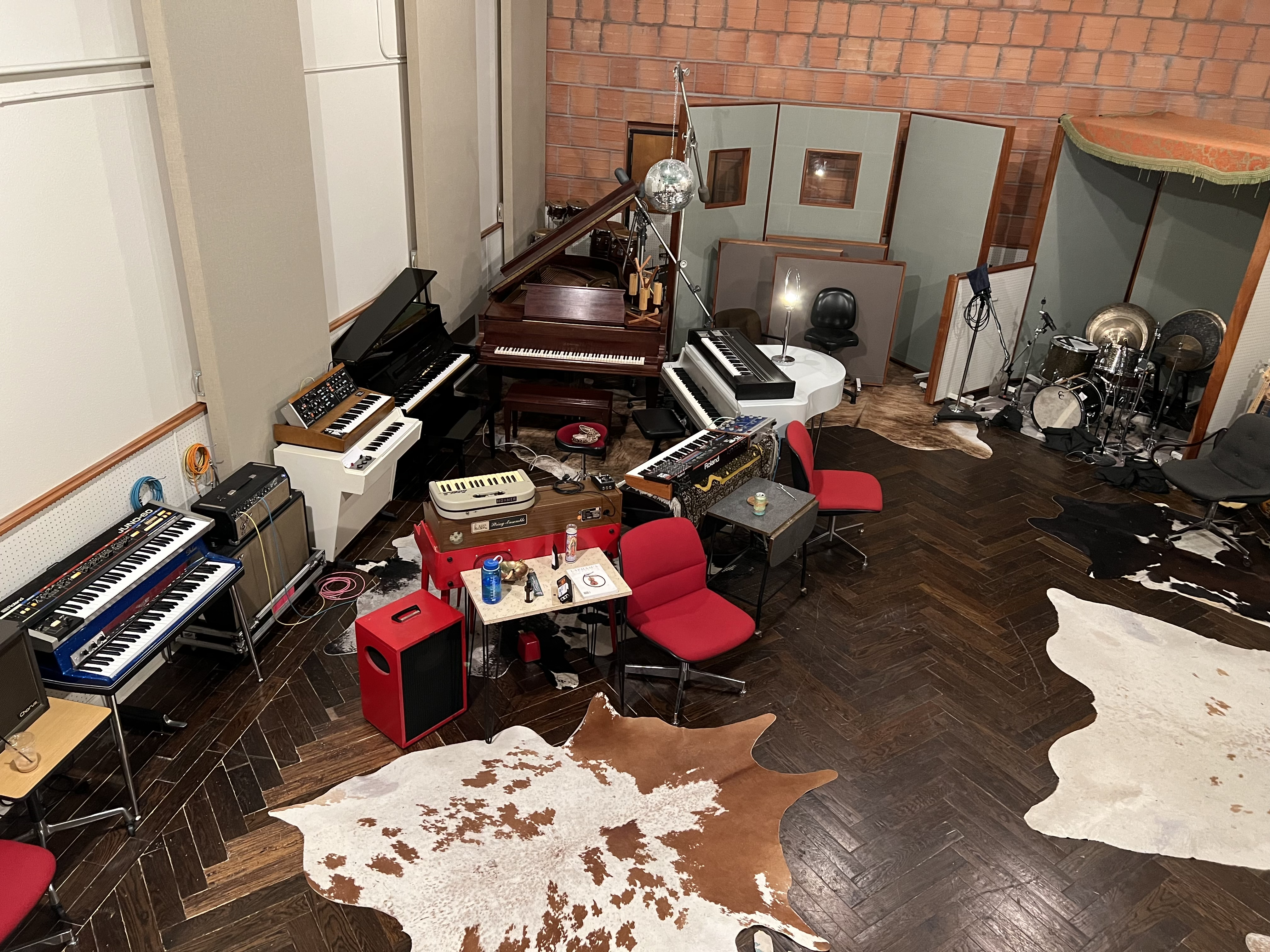 The interior of Niles City Sound studio in Fort Worth. Photo: Jimi Bowman

Over the last 14 years, Mesquite-based Klearlight Studio has hosted a glittering roster of local, regional and national stars: Erykah Badu, St. Vincent, the Flaming Lips, Bobby Sessions, Power Trip and Anderson.Paak are just a few of the artists who’ve spent time in the space owned by Jimi Bowman.

But now, Bowman has decided to close up shop in far east Dallas. He’s taking his talents as a producer and engineer — not to mention an extensive collection of priceless gear — west to Fort Worth, where he recently joined forces with Josh Block and Robert Ellis of Niles City Sound.

The studio, located in Fort Worth’s Near Southside neighborhood, was founded in 2014 by Block, Austin Jenkins and Chris Vivion. Niles City Sound shot to fame as the site where Leon Bridges recorded his major label debut, Coming Home.

“It’s a way cooler area; it’s a way cooler city, and it’s a way cooler studio,” Bowman said during a recent conversation. “So why would I not do this? I mean, for me, having a studio with Josh and Robert is literally like a dream come true. In terms of [being] an engineer, you couldn’t ask for a better scenario.”

The feeling, according to Ellis, is mutual.

“[The merger has] really breathed new life into the studio,” Ellis said during a recent conversation. “Me and Josh, over the last couple years have been trying to get our heads wrapped around what Niles is and what we’re doing. We’ve been producing some records, but I think both of us have larger aspirations than doing a handful of records a year and having a studio that’s just operating.”

(While this merger with Klearlight is unfolding in parallel with the recent news Niles City Sound is also launching a record label, the timing is more coincidental than deliberate. Niles City Records’ first release will be Brody Price’s LP Win a Trip to Palm Springs!, out Oct. 28.)

With this union, there won’t be any delineation between a “Klearlight client” or a “Niles City Sound client.” Moving forward, musicians who book Niles City Sound recording sessions will work with Block, Bowman and/or Ellis as the project dictates. The ultimate goal is the development of a creative hub that, as Ellis puts it, “in our perfect world, Niles would just be making badass [expletive] creative albums at all times.”

Bowman is also eager for the partnership to not only further boost Fort Worth’s creative profile, but push him to the next level.

“Just working with Robert and the projects he has, and being able to work on those projects — really, just in general — working with Josh and Robert is a challenge for me in the sense that it’s gonna make me raise my game, so to speak,” Bowman said.

Block, Bowman and Ellis will officially christen the producing/engineering partnership next month when singer-songwriter Thomas Csorba comes to record at Niles City Sound.

“Josh and Jimi and I feel like we want to be curators of art,” Ellis said. “We want to make stuff that we really believe in, and we want people to come to expect a certain quality from everything we do. … I think the three of us feel like we have a better chance of really growing into that role together, you know?”