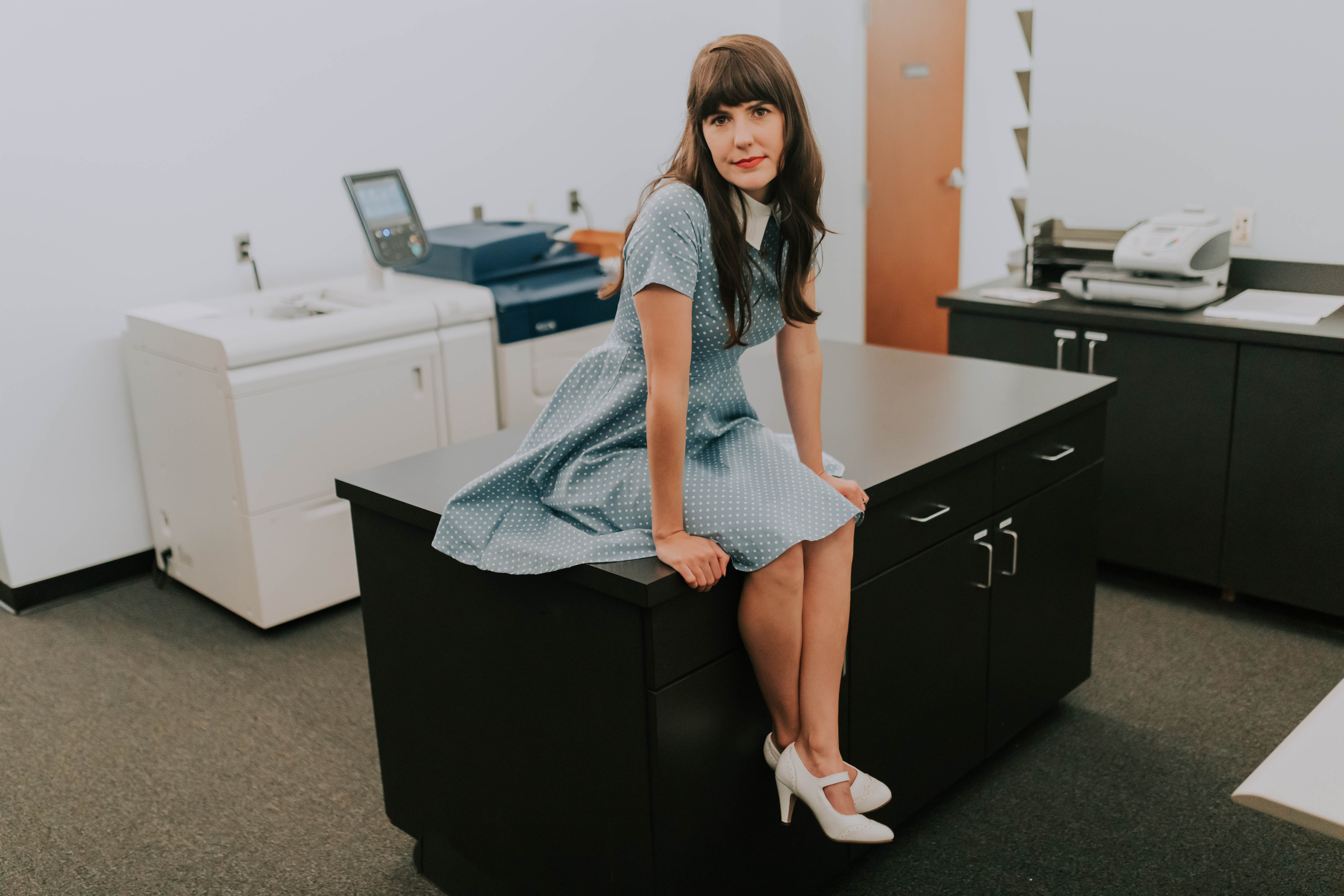 It’s the logical question for a singer-songwriter whose debut album, It Is My Album, out Friday, is a 12-song cycle inspired by “The Office,” a NBC sitcom that has been off the airwaves for nearly a decade. (Her favorite episode? Season two’s “The Injury,” which finds Michael Scott, played by Steve Carell, having burned his foot on a George Foreman Grill.)

It Is My Album is not what you might expect when you hear the words “songs inspired by ‘The Office’” — it’s sleek, airy pop, full of lush melodies and the McKinney-based musician’s arresting voice.

“I tell people [about the album] and they’re like, “What?” KellyMarie said during a recent conversation. “It’s real music.”

Album follows her 2018 EP On a Whim, a title which, in a bit of serendipity only a TV writer could admire, more or less describes how KellyMarie decided to write songs based upon characters and situations from “The Office.”

“I’ve been watching the show for years and years and years — I watch it every night before bed,” she said. “I don’t know if I’m a super-fan, but I just really enjoy it. During lockdown [in 2020], I was really missing writing music. I just had that void … wanting to write, and I was like, ‘Hey, write about what you love.’”

A line from the character Pam Beasley (played by Jenna Fischer) — “We just never got the timing right” — set KellyMarie on her path: “‘I’m gonna write an album about the emotions behind the characters of this humorous show that I love so much,’” she recalled thinking.

“Timing Right” begat 11 other compositions, ranging from “Jim’s Song” to “Beach Day” to “Christmas Party,” all of which KellyMarie co-produced with Chris Jacobie and Jacob Hildebrand. She even traveled to New Jersey recently to perform at DunderCon, which bills itself as “an interactive ‘Office’ fandom experience.”

“Crazy — it was so fun,” she said of her DunderCon appearance. “They loved the music, and it was really encouraging.”

As for what’s next, KellyMarie hopes to fill up her calendar with performances — she has a date set for Plano’s McCall Plaza on Aug. 20. She’ll also continue to ponder why “The Office” resonates so deeply with herself and others, long after it first aired.

“It’s kind of simple,” she said. “There’s not too much drama in it. I think it’s heartwarming, and it’s sweet. … They all love each other — you can tell.”