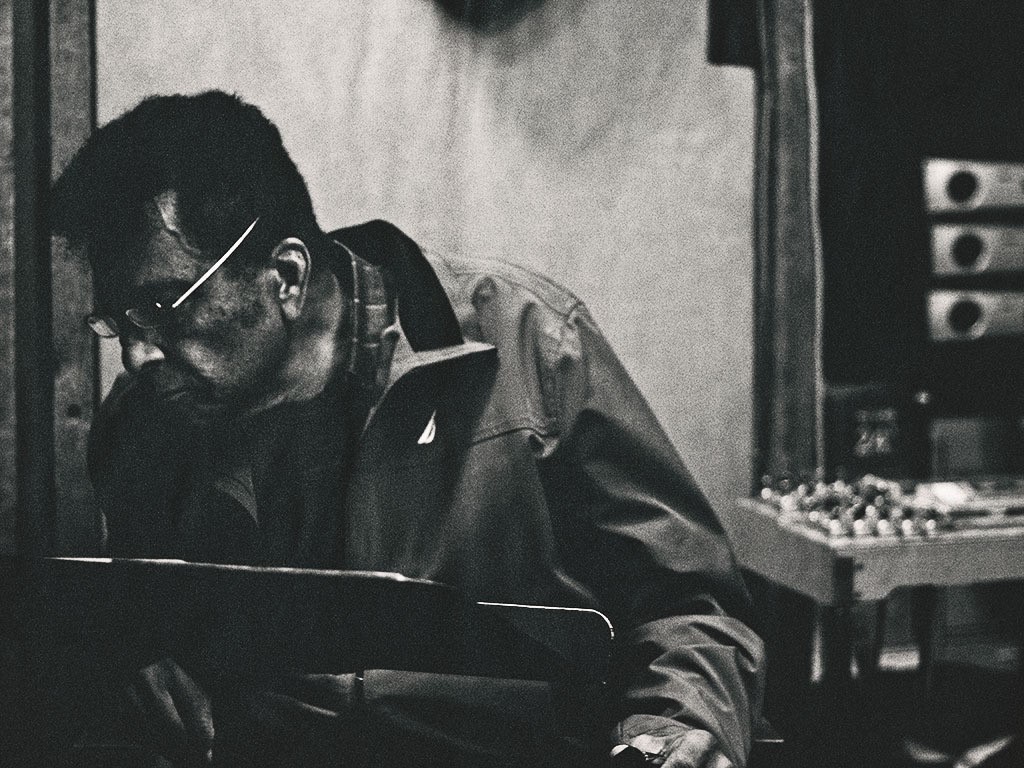 Charley Pride, seen here in Oct. 2019, contributed to “Alamo Bootleg” as one of his final projects. Photo: Charles Wolfe

It’s easy enough to confuse myth with history — even more so in the state of Texas, where epic tales of grand feats are handed down from one generation to the next, eagerly shared, but not particularly scrutinized.

When it comes to the Alamo, perhaps one of — if not the — central historical event in the birth of Texas, only in recent years has the reality of the events surrounding the bloody battle been examined with anything approaching a sensitive, skeptical eye.

In the wake of a family tragedy, Dallas-based singer-songwriter Eric Steele began probing the margins of the Alamo’s history, and the result is the concept album, Alamo Bootleg, the first volume of which will be released digitally July 7.

“[The Alamo story] is like a rite of passage when you’re growing up here,” Steele said during a recent conversation. “As I was exploring that, I realized I only knew whatever the Cliff’s Notes version [was]. Growing up, we hear the heroic, movie version, and it stays at that level, and that’s kind of all we hear about.”

Inspired, Steele — who also writes, directs, produces and acts in films, is a co-founder of the Oak Cliff Film Festival, and is a co-owner of Aviation Cinemas, the company that resuscitated the Texas Theatre in Oak Cliff — immersed himself in reading everything he could find, taking the better part of a year to conduct his research.

“The more I read and researched, the more fascinating and powerful and real the whole story became for me,” Steele said. “The songs really began to flow.”

Those songs turn a lens on characters not often centered in stories about the Alamo: Susanna Dickinson, Moses Rose, Juan Seguin or the Irish and Tejano battalions of soldiers. The first volume of Alamo Bootleg, which was recorded in Dallas, Fort Worth and Austin, spreads over nine songs, three anchored by Steele, but the others featuring some top-shelf talent: Summer Dean, Jaime Wyatt, Trey Privott of Los Coast, Janie Fricke, and in one of his final projects before his death in 2020, Charley Pride.

“It really felt more like casting in some ways,” Steele said. “I never dreamed I would have a chance to work with someone like Jaime Wyatt or Charley Pride. … Because Charley Pride had an interest in this and was the first legitimate artist to raise his hand and say, ‘Yeah, that’s cool. I’ll be happy to be part of this,’ that gave so much more credibility to this.”

Steele’s vision for the overall project is ambitious: A second volume will potentially be released later this year, along with a planned vinyl release of both volumes. There’s also a 90-page script which Steele likens to a novella, and the possibility the Alamo Bootleg project could be performed live, either in a theatrical setting or a more conventional concert setting.

“I think it’s important, especially in this time, that we tell the truth — that we wrestle with our history, and not erase it, but be honest about it,” Steele said. “When we do that, there’s so much more power in the story. Spending a lot of time researching everything that led up to the Battle of the Alamo … I came away thinking this actually looks more like the Texas I know. … People from all over the world who are coming to this place for the idea of what it is.”