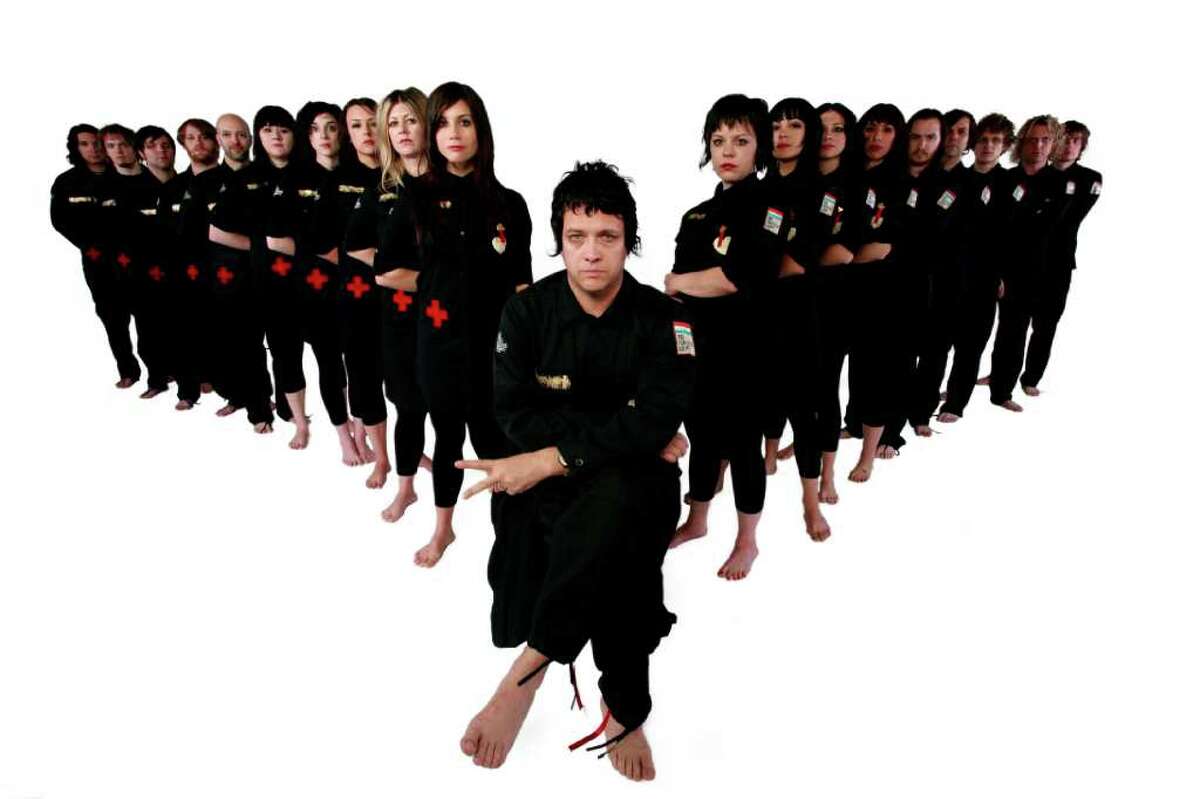 With the release of The Fragile Army, much was made, 15 years ago, of the Polyphonic Spree’s wardrobe change from white choir robes to black military fatigues.

What was lost in the sartorial novelty is, perhaps, a bit clearer in hindsight: However Tim DeLaughter and his creative collaborators choose to attire themselves or present their work, the music and the message within tends to land with the same force.

Or, as DeLaughter put it in a June 2007 interview with Exclaim.ca: “As the records evolve, so does what we’re wearing. We’re still unified as a group, but I do believe our attire is more reflective of what’s happening right now, and we’re streamlined for the future, so to speak.”

Indeed, the Dallas-based choral rock band has endured for more than two decades in large part because of the timelessness of its sound — the cacophony of human voices, the thicket of instrumentation and often-overwhelming grandeur of it all feels as vibrant and relevant now as it was upon release.

But Army was and remains a transitional album, in several ways, beyond simply different attire for the band. The band’s first two albums were released on Hollywood Records, a subsidiary of the Walt Disney Company; The Fragile Army was a self-funded endeavor.

The Fragile Army also captured the band in flux from a personnel perspective: Although Annie Clark — known now to the wider world as St. Vincent — had been a frequent participant since 2005, Army marks her only appearance to date on a Spree record.

All of this tumult and the exuberant creativity it fueled is captured in band member (and DeLaughter’s spouse) Julie Doyle’s fascinating and little-seen 2007 documentary “Raise Your Ears and Hold Onto Your Heart,” a 53-minute film that’s available, with a little digging, on YouTube. (It was originally released as part of a special CD/DVD version of Army in 2007.)

The evolution in sound and style didn’t cease with Army — if anything, the Polyphonic Spree accelerated its appetite for refining and reinventing itself. Look no further than the group’s recently completed album — Salvage Enterprise, its eighth studio effort — which has found DeLaughter hosting listening sessions in open fields, under the night sky.

“In this day and age, 43 uninterrupted minutes are few and far between,” DeLaughter writes on the band’s website. “In order to hear our album, we’ve created a space that allows you to unplug, tune in and experience the record, by fire, under the stars.”

All these years later, and the Polyphonic Spree continues to reflect our shared moment in a way not many bands — whether from North Texas or elsewhere — can manage to pull off.