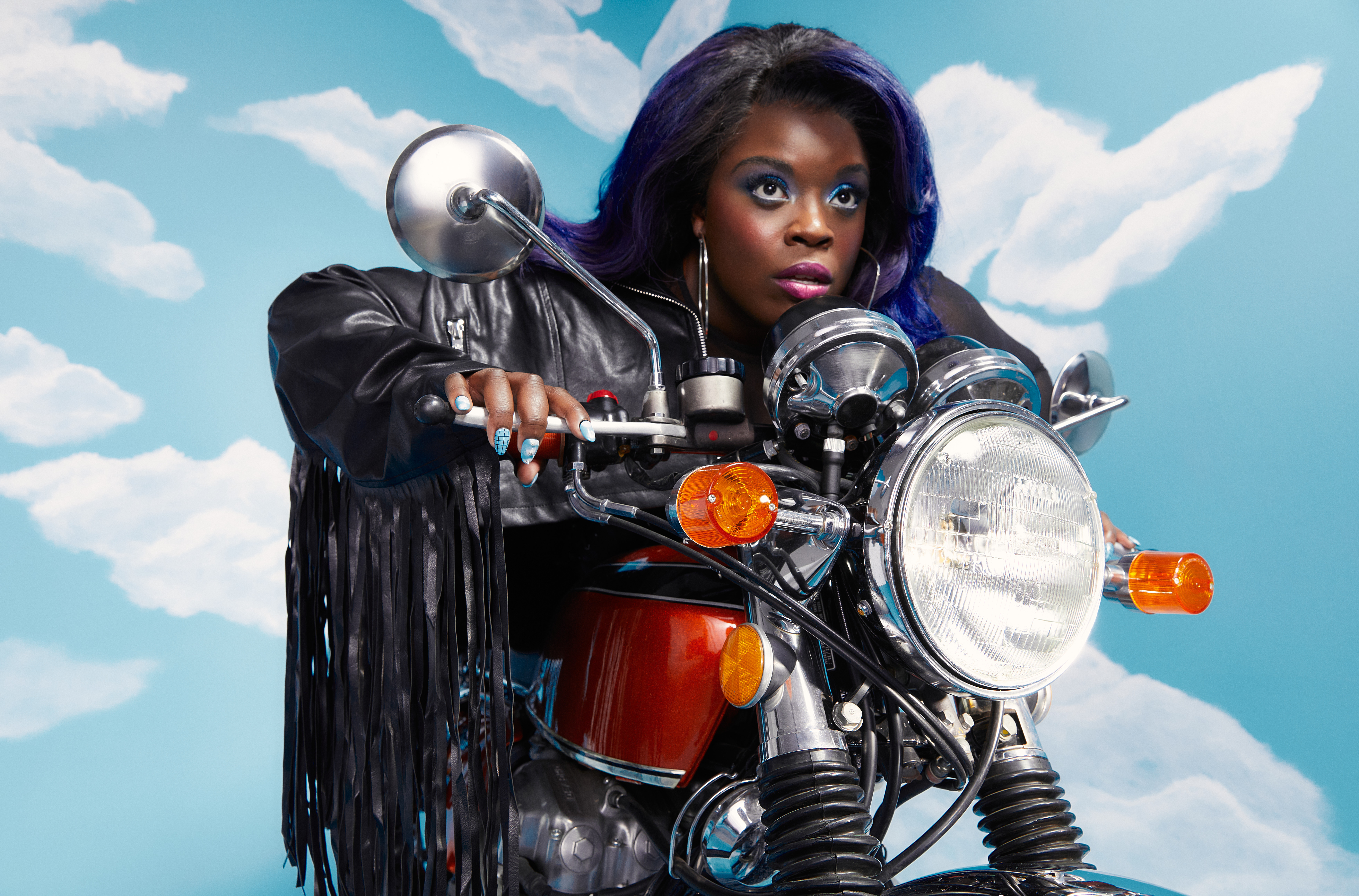 As Yola and I began our recent conversation, I described her trajectory over the last few years as “vertical,” given her bookings in North Texas: Headlining the Kessler Theater in 2020, returning to open for Chris Stapleton at Arlington’s Globe Life Field in 2021, and on Friday, she’ll be back to headline the Studio at the Factory, a room roughly twice the size of the Kessler.

The woman born Yolanda Quartey unleashed her deeply infectious chuckle: “Yeah, it has been somewhat vertical,” she said, before acknowledging the unswerving confidence she displays on stages intimate or intimidating in size stems from having spent her early days “doing 20,000-capacity venues.”

“Just in the early days, when I was with Bugz in the Attic … even the DJ-producers [Sub Focus and Duke Dumont] I used to work with, all of these tours I used to do where they were big artists, I was a front person for hire,” Yola said. “I only really discovered the van and the small club dynamic later on. … Sometimes, I’d be doing a pub gig one minute, and an arena show the next minute — 15-20,000 and then just to 50 people. … But there is a way of giving people the same energy in a small venue as a big one.”

To say that the Bristol-bred singer-songwriter has discerned exactly how to enthrall an audience, no matter its size or familiarity with her material, is an enormous understatement.

The Grammy-nominated musician — she’s up for best Americana album (her 2021 sophomore LP Stand for Myself) and best American roots song at this year’s ceremony — is a thoroughly electrifying presence on stage, not least because of her multi-octave voice, a vivid roar anchoring her sensitive fusion of country, gospel, pop, folk and soul.

That confidence isn’t just reserved for bright lights and big audiences. Yola again teamed with Dan Auerbach (of the Black Keys fame) to co-produce Myself. Far from feeling any pressure on her sophomore outing, she found herself — as with live performance — abundantly ready to meet her moment.

“I think the nature of the collaboration [between Yola and Auerbach] was extremely different in the first record than it is in the second record,” she said. “You hear a lot more of it in the second record. … His approach is very luscious; I’m definitely a maximalist. So I think that was one area in which we were very in agreement … what’s the idea of something that’s beautiful — what is beauty to us?”

Yola will continue showcasing the beauty she’s created at venues across the country well into 2022 — she’ll be appearing at Coachella and Stagecoach later this year — as well as making her motion picture debut, as Sister Rosetta Tharpe, in director Baz Luhrmann’s epic Elvis Presley biopic, due out in June.

Catch Yola March 25 at The Studio at the Factory

Preston Jones is a freelance writer and regular contributor to KXT. E-mail him at [email protected]