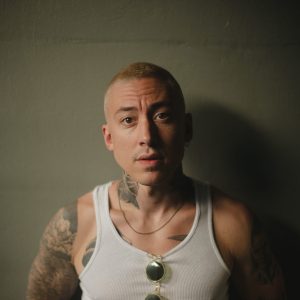 Most artists are known for performing songs with a signature sound. Sure, many focus on a specific style but most even have their own style that the listener can identify from song to song. Sometimes artists find a tangent to their usual style, adding new elements or trying something different that diverges from their signature style.

Today’s “The Best Song You Never Heard” is a rock-heavy song from an artist known for more acoustic sounds.

Noah Gundersen was born and raised in the Pacific Northwest and started his music career by playing gigs around Seattle when he turned 18. He began releasing EPs in 2009 that established his acoustic folk signature sound.

His first big break came when his song “Family” was used in an episode of “Sons Of Anarchy” in 2011 followed by more TV opportunities with “The Vampire Diaries” and “The Following.” To date he has released five full albums, his latest, “Pillar Of Salt,” is due out on October 8th.

Going back to his 2017 album, “White Noise,” one song was a departure from Noah’s usual sound. “The Sound” kicks off with a simple drum beat and bass line with Noah’s delicately delivered introductory verses. The song begins to build with more keyboards before launching into a big rocking chorus. Noah’s vocals blast off as he belts out with passion surrounded by big guitars and heavier drums. The track builds up emotion as it continues and ends up being a heavier track than he usually releases.

In this case, Noah wrote a song that needed a bigger sound and he performed it perfectly.