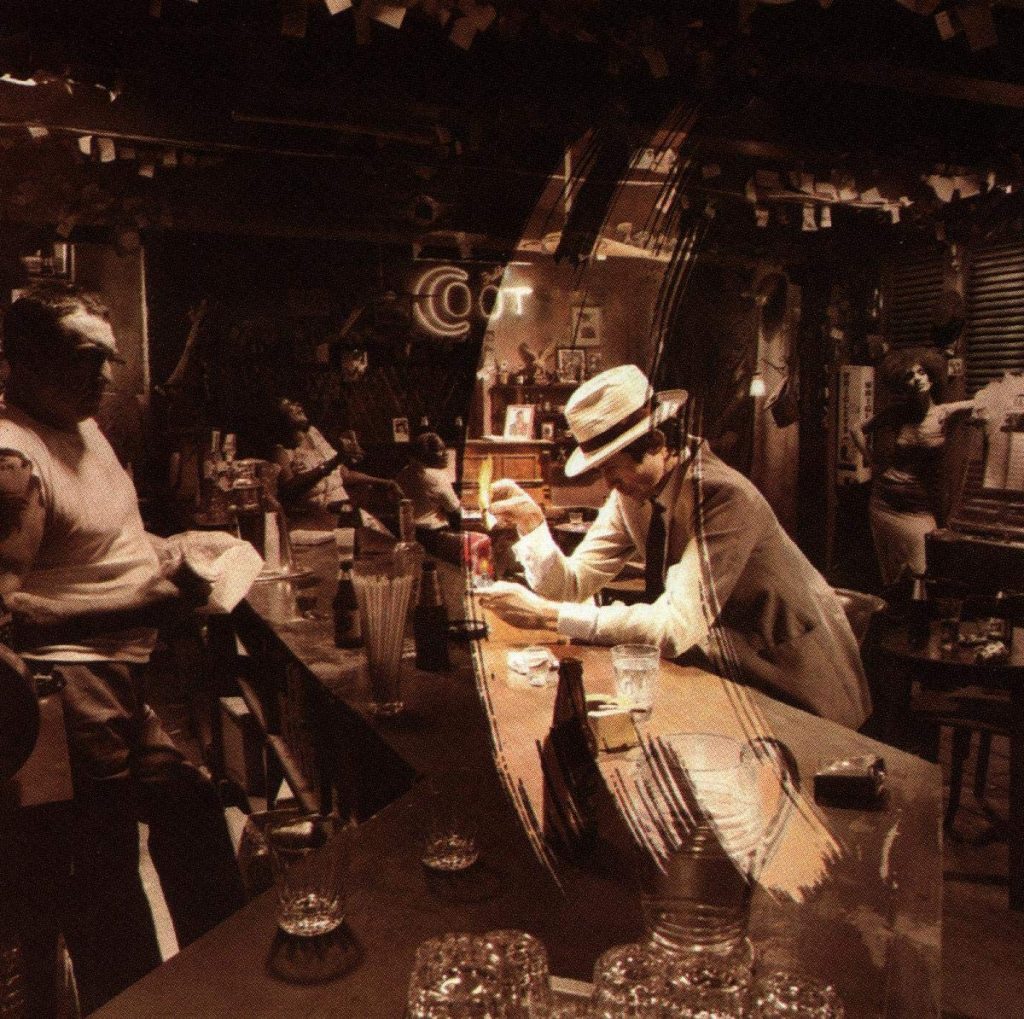 Led Zeppelin In Through The Out Door

Summer is in full swing here in North Texas with hot temperatures and the 4th of July holiday coming up this weekend. American music has been hugely influential around the world. Some of the best bands that come from other countries were influenced by American music, including the rock coming out of the United Kingdom in 60s and 70s. The British Invasion bands listened to old blues and R&B records before bringing that sound back to American audiences.

Led Zeppelin can credit much of their early repertoire to Mississippi blues musicians. Whether it’s “Whole Lotta Love” (Muddy Waters), “Bring It On Home” (Sonny Boy Williamson), or “Lemon Song” (Howlin’ Wolf), Zeppelin relied on that sound for their early hits. The Mississippi blues connection is well known, however the band’s American influences go beyond the blues – lead singer Robert Plant, in particular, enjoyed a broad range of musicians from the States. He constantly credits artists with rockabilly and country leanings for giving him inspiration, and we even saw him delve deeply into other American styles with Alison Krauss on Raising Sand. We didn’t hear as much range with Led Zeppelin, but there are a few moments he was able to incorporate some in.

For today’s The Best Song You’ve Never Heard, we visit one of Led Zeppelin’s lesser known songs, and one with an appropriate name for the holiday, “Hot Dog.” As Led Zeppelin started working on their final album together, In Through The Out Door, Robert and bassist/multi-instrumentalist John Paul Jones found themselves guiding the recording sessions more as Jimmy Page and John Bonham dealt with addiction problems. Robert, who rarely led recording sessions before, had more influence on the sound of this album and he stretched his rockabilly and country songwriting muscles on “Hot Dog.” The song was created purely as an up-tempo American-inspired song and, rumor has it, referred to Robert’s American ex-girlfriend in the lyrics. Is it one of Zeppelin’s greatest songs? No. Is it fun to listen to and belt out at full volume from time to time? You bet it is. Happy 4th and enjoy a Hot Dog or Tofu Dog over the holiday weekend.