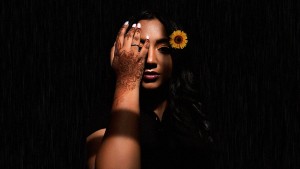 Frisco artist Vanalika first discovered her joy for singing and performing while part of her pre-school choir. Now 19, the Indian-born singer/songwriter draws from her background in classical Indian music, American pop, and musical theater to create her own brand of Indie R&B. She uses both her cultural perspective and her viewpoint as a world traveler to influence her sound.

She says that being vulnerable in her songwriting is exciting.

“That’s the fun part of songwriting,” Vanalika said. “It’s the fact that you get to put your story out there and see what other people get from that.”

Vanalika creates first from a scenario or mental picture. For her new single, “No Feelings”, Vanalika had a very specific vision in mind when creating the song. 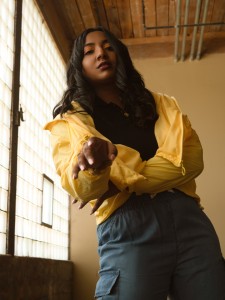 “I had an image of an LED red room and a red couch right in the center, and that’s actually what drove me to write the entire song,” Vanalika said. “I was driven by the atmosphere I wanted to create.”

At the time of this writing, “No Feelings” has over 66,000 streams on Spotify since its release on Valentine’s Day. The song was produced by DFW producer Jonathan Camacho and features Vanalika’s strong vocals over a sultry beat. The atmosphere she strived to bring across comes through as Vanalika sings the chorus “Cause I can’t take my eyes off you/My mind off of you/Cause my heart’s split in two/Can’t catch no feelings for you/Can’t catch no feelings for you.”

“It’s a song that highlights the struggle and almost the passion behind wanting someone and really lusting for someone, but still not being able to accomplish that,” Vanalika said.

Vanalika looks forward to releasing another single in May and an EP in the future. Keep up with her and her music on social media.