Do you have a mountain of books you thought you’d get around to reading one day, still unopened and collecting dust on your nightstand? We do. And as we all retreat indoors and shelter in place, we’re thinking now might just be the right time to dive in.

That’s what our own Gini Mascorro has been doing — when she’s not introducing you to new music from her makeshift closet studio, that is. Check out her latest picks and recommendations for a solid music read: 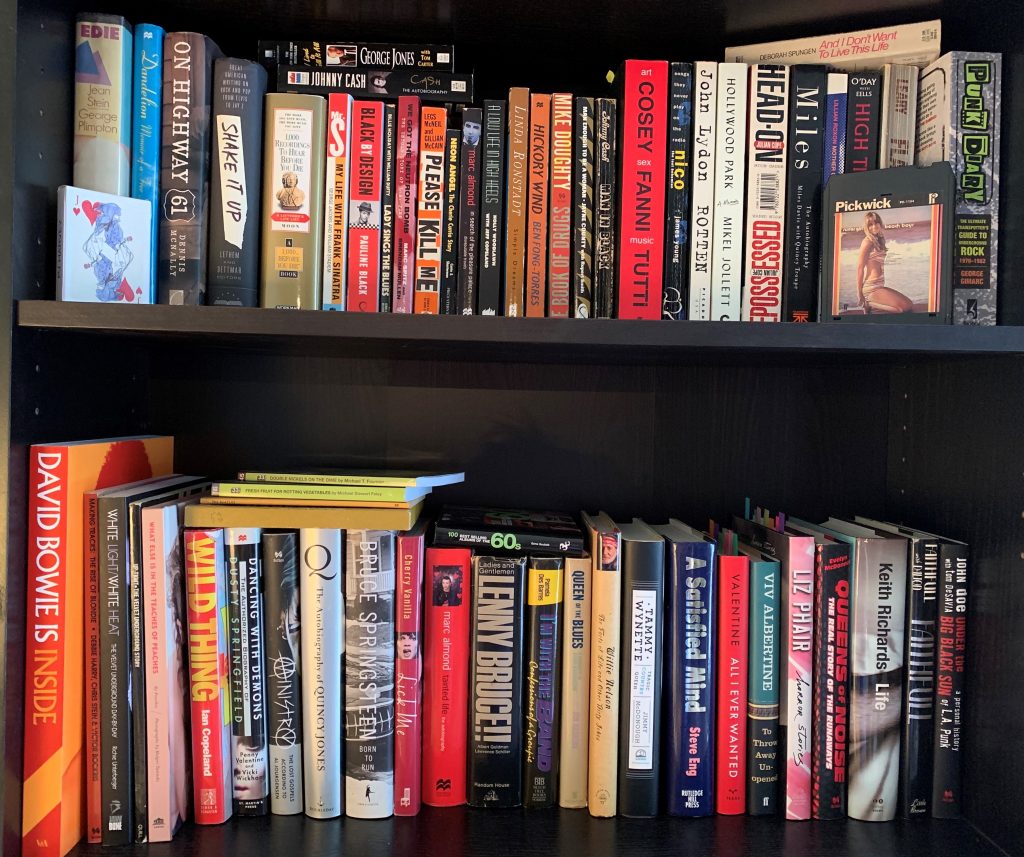 One recent arrival to my Jenga-like stack of nightstand memoirs is Horror Stories by Liz Phair. True to its name, and keeping in step with her own unfiltered brand, Horror Stories is loaded with Phair’s unflinching reflections and takeaways from her career arc, motherhood and family bonds, the highs and depths of love, spirituality, and navigating her way through an industry not known for its kindness toward anyone female or older than 25. Along with the cautionary tales, though, are guffaws galore and pearls of wisdom that come from a genuine place.

To Throw Away Unopened by Viv Albertine

One artist still gleefully smashing the system is Slits guitarist and lead songwriter Viv Albertine, who followed up her 2014 debut memoir – Clothes, Clothes, Clothes. Music, Music, Music. Boys, Boys, Boys – with a second one in 2018: To Throw Away Unopened. Clothes, Clothes, Clothes takes you from the whirl of her girlhood and her role in UK punk’s formative years in the mid-70’s (featuring loads of lovely stories of her former beau and creative partner, Mick Jones of the Clash) to when she thought she’d left music behind forever to attend film school, get married, and successfully become a mother after cancer and IVF treatments. To Throw Away Unopened, however, returns as she’s rebuilding from scratch a connection with her estranged father, caring for her aging mother while raising a daughter, and all the while remaining true to her art and herself, and not taking any gruff from the zeitgeist.

Speaking of the zeitgeist, capturing the many moods and epochs of pop music history would be Saint Etienne co-founder, music historian and journalist Bob Stanley’s 2014 tome Yeah Yeah Yeah: The Story Of Modern Pop. Clocking in at nearly 600 pages, Yeah Yeah Yeah reads like musical confectionery, in that it’s hard not to blaze through it like a box of bonbons. It’s a guilt-free treasure trove of trivia, factoids, and the history behind the hits (and misses) of our collective pop music experience, bookended appropriately by Bill Haley and Beyonce. If Funk & Wagnalls decided to publish an encyclopedia dedicated to the pop music pantheon, Bob Stanley would be the first person they hired for the job.

And for the fiction lovers in the house, Daisy Jones & The Six is author Taylor Jenkins Reid’s thinly-disguised fantasy riff on what it might’ve been like to be a fly on the wall during the introduction of Buckingham & Nicks into the circle of Mc Vie, Mc Vie, and Fleetwood, Inc. Within the pages are all the elements one could ever hope for in a rock ‘n’ roll fictionalization: California, drugs, the razor-thin line between love and hate between the principal actors, more drugs, and naturally, the rewards, wreckage and redemption that comes with the writing and recording and endless touring the globe in support of their mega-selling landmark album of the era. No doubt Jackie Collins is smiling down from the heavens.

What are you reading out there? Send us your picks and recommendations via our Facebook or Twitter pages!