We’re looking forward to a stellar Dallas debut this weekend. 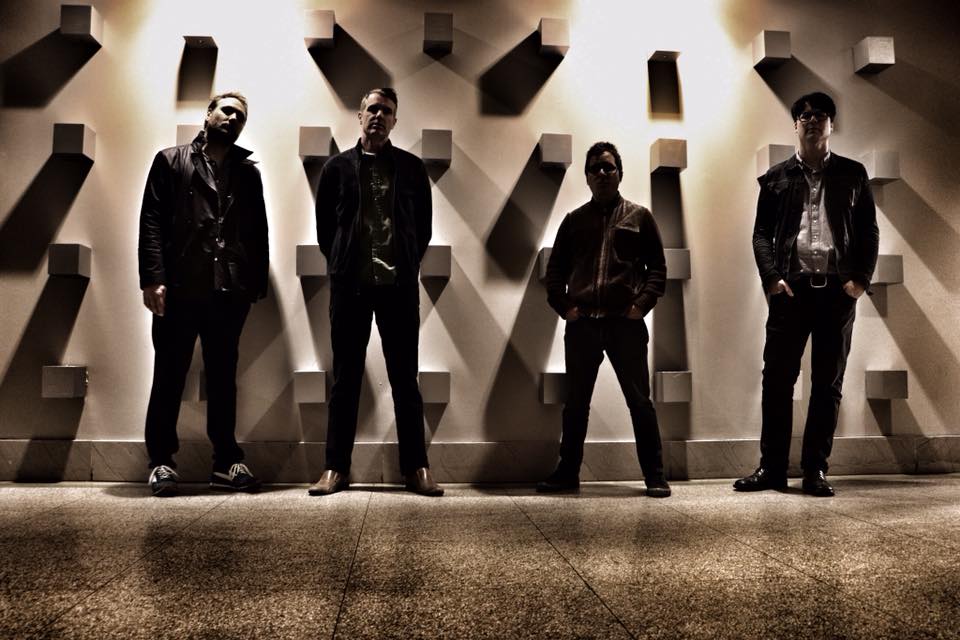 To say that the members of MOTORCADE have impressive touring resumes would be an understatement — and then some. In their own careers, members James Henderson, Andrew Huffstetler, John Dufilho and Jeff Ryan have toured with a host of talented projects including St. Vincent, The Apples in Stereo, The War on Drugs, The Deathray Davies, Baboon and more.

Accomplished musical CVs aside, it’s the Dallas band’s fantastic psychedelic, post-punk sound that has us quite stoked for their upcoming album. We’ll be celebrating that debut release this Saturday, January 20 at Good Records. Snag your tickets here, and get up-to-speed on this local act with our Q&A:

As this is your debut album, can you give us a little background info on how you all met?

We all met ages ago watching each other’s bands play, sharing bills and the like. – James Henderson

You are all used to the touring game, having worked with different projects (respectively) over the years including St. Vincent, The War on Drugs and more. How did you know it was time to form MOTORCADE and make this record?

It’s been great to be a hired gun for whomever, but now, walking into the rehearsal room or onstage with close friends that you’ve known for a long time is quite a different experience. We just know what we like and how we like records to sound, how the shows should look, etc. Having that common musical denominator, as well as having a great time when we hang out, is a great combination. – Jeff Ryan

How did you land on the band name?

I’ve always thought it was a cool-sounding word. It carries with it certain connotations in Dallas, and it’s also the name of a great Magazine song. – James Henderson

You’ve been labeled as having a sound in line with Depeche Mode, New Order, The Jesus and Mary Chain, Echo and the Bunnyman among others — were these intentional influences? If not, who are some of your influences?

None of those acts were direct influences. I think if you threw them in a blender what you’d end up with is something like MOTORCADE. But, I never intentionally tried to sound like anyone in particular. It’s just that that’s some of my favorite music. – James Henderson

As a local, Dallas-based band, we’re curious to know what’s special to you about the North Texas music community?

We’ve all been doing this a long time and have seen this scene go through ups and downs. It seems like it’s very much UP right now, and if people are going out to see more shows then all the better for us who are going out and playing them. These bands are special as part of the local music community:  Nervous Curtains, Mind Spiders, Radioactivity, New Fumes, Sealion, Loafers, Will Johnson, Sarah Jaffe, Acid Carousel, True Widow, Corner Suns, Pleasant Grove, CLIFFS, Polyphonic Spree, etc. – John Dufilho / Jeff Ryan

What’s next after your album release party at Good Records?

We’re going to be busy in 2018, because despite the fact that it’s our debut album, we’ve actually been working on this for a number of years, so we’re ready to get out there and share it with as many as we can. – Jeff Ryan

Any more shows on the horizon?

Yes, for sure. We’ve been in negotiations with festival promoters in other states, as well as here, and also putting things in motion to play in the UK next spring/summer. Stay tuned. – Jeff Ryan

Any other artists you guys have been digging recently that you’d recommend to our listeners?

I’ve been listening to the new Clientele album a lot as well as Sleaford Mods. Loads of others, but as far as recommending, I’d start with those two.  – Jeff Ryan