At Children’s Medical Center in Dallas, doctors aren’t the only ones making the rounds.

For a little over a year, musicians – from national stars to local talent – have been going room to room, playing tunes for patients. It’s part of a national effort to channel the healing power of song. 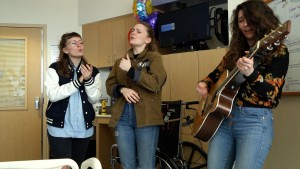 The band Joseph is three sisters from Portland, Oregon. Their career’s on the upswing and they’re in Dallas for a stop on an international tour. This spin through the hospital is a different kind of gig – part of their work with Musicians on Call. The program links musicians to hospitals like Children’s and 72 others across the country. Camille Cain Barnes is a Dallas volunteer who leads visiting bands in and out of hospital rooms:

“Music really heals and that is the mission of musicians on call, to bring the healing power of music to kids and patients at their bedside.” 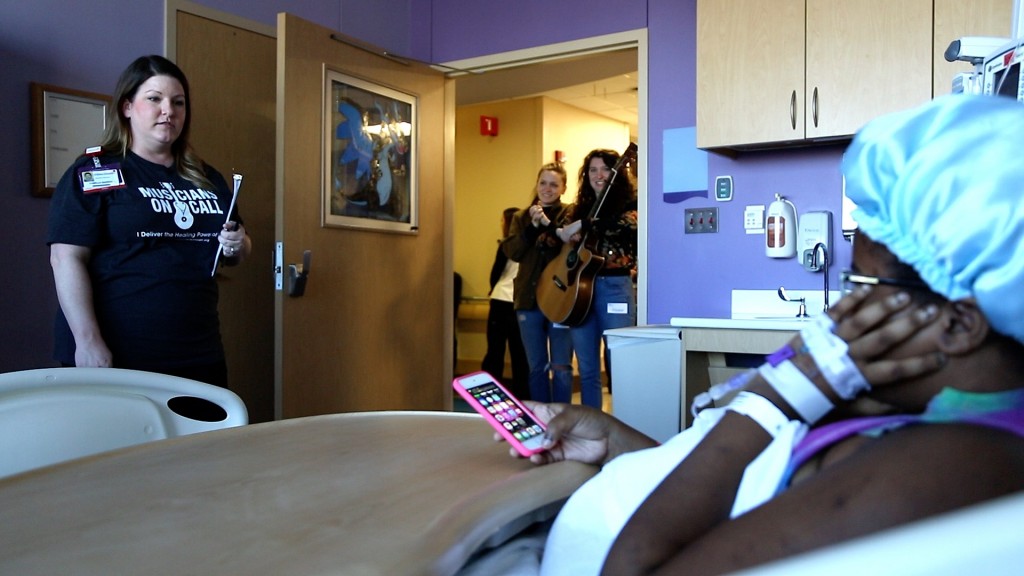 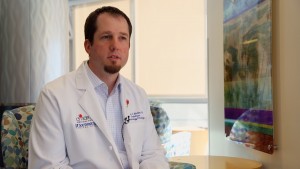 Can a song or two really help a person get better faster? Dr. Andrew Martin is a pediatric oncologist: “Someone’s outlook and mindset is very important in battling cancer and other serious illnesses we face on a daily basis. When a group walks in and someone plays songs for them, they feel appreciated, they feel love. They usually light up and smile you can see that for a long time period after the musicians have left the room. Music in general serves as a distraction from pain. Musicians on Call also helps them be in a good mood, gets them out of the hospital quicker.”

Ella Ware getting a photo with Joseph.

Ella Ware is 15 and a patient at Children’s. She was still buzzing after the members of Joseph left her hospital room. “They were so nice. Like they wanted to talk to me and that was really awesome. Not to mention that the music itself was just really great. I had goose bumps I was so excited.”

A little break from being poked and prodded in the hospital is what it’s all about. And a chance to act like any teenager – any teenager who gets to meet some rock stars.

Hear more about Musicians On Call this Monday, June 26 on KERA FM at 6:30pm. You can also watch the full documentary at 8:50pm on Monday on KERA TV.

The Music For A Cause video was produced, directed, and edited by Dane Walters; co-producer/videography by Amy Miller, KXT; videography, Mark Birnbaum, and audio by Eric Bright.