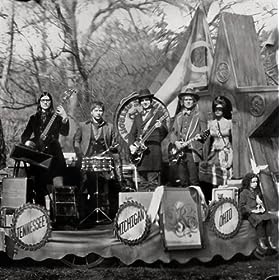 Jack White’s original side project, The Raconteurs are two records deep into a rocking career. Their latest record Consolers of the Lonely hit shelves only a week after White announced that it had been finished, gaining press buzz in the meantime. The music, however, speaks for itself, particularly with this song, which features an intro sung by White’s cohort and fellow Detroit native Brendan Benson. You might have heard the bluegrass version featuring Ricky Skaggs and Ashley Monroe: check out a video of that performance here.