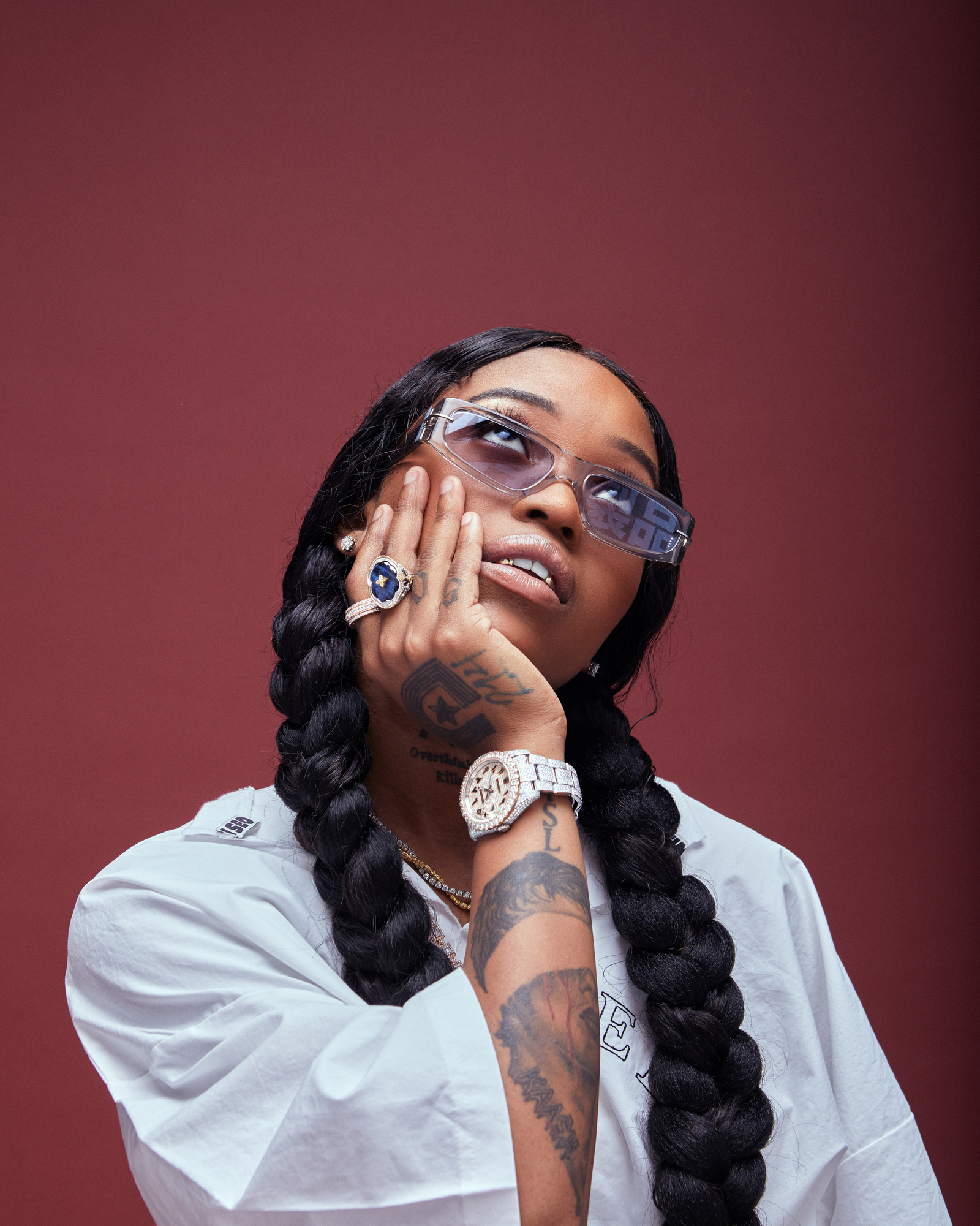 The trajectory of Kaash Paige’s career to date has been completely vertical.

But, incredibly, the 21-year-old Grand Prairie native — born D’Kyla Paige Woolen — stands on the precipice of even bigger things.

This Friday, the R&B singer-songwriter is preparing to release her sophomore full-length, S2ML (Soundtrack to My Life), on Def Jam, following her 2020 major label debut, Teenage Fever.

S2ML is Paige’s second release of the year — in June, she dropped an EP, 24 Hrs.

Paige, who will perform a free album release show for S2ML Sunday at Trees in Deep Ellum, is also plotting a national tour.

That nine-date run kicks off Jan. 27 in Oakland, CA, and will bring her back to her hometown on Feb. 1 for a performance at the House of Blues’ Cambridge Room.

The rising star originally decamped for Los Angeles, after attending Arlington’s Timberview High School, and the transition was head-spinning, as she told Viper Magazine in 2020.

“It was pretty fast,” Paige told the publication in October 2020. “I graduated high school early — I graduated two months into my senior year, and then like two months passed and I was with a whole record label. Jumping off the porch that quick, you know, God’s blessings with timing. But wow, you have to grow up so fast.”

As S2ML makes its debut, Paige has returned home, and taken up residence in Dallas. It’s a choice, she told Billboard earlier this year, which comes with some relief. (And, if the art for her 2023 tour flyer is any indication, a renewed sense of confidence: She’s pictured perched atop Reunion Tower.)

“When I first moved to L.A. [at 18 years old], I felt like I had to keep up with the Joneses,” Paige told Billboard in June. “I wanted to impress the people I’m around. But all you’re doing is draining yourself. That’s not really happiness; that’s pleasure. … I feel like when you come to L.A., you’re around so many different energies that you don’t know what part to play. …

“Now that I’m 21, I’m giving myself a peace of mind. I need to go back and be with my family. I need to create a whole new chapter; I need to go take over my city.”