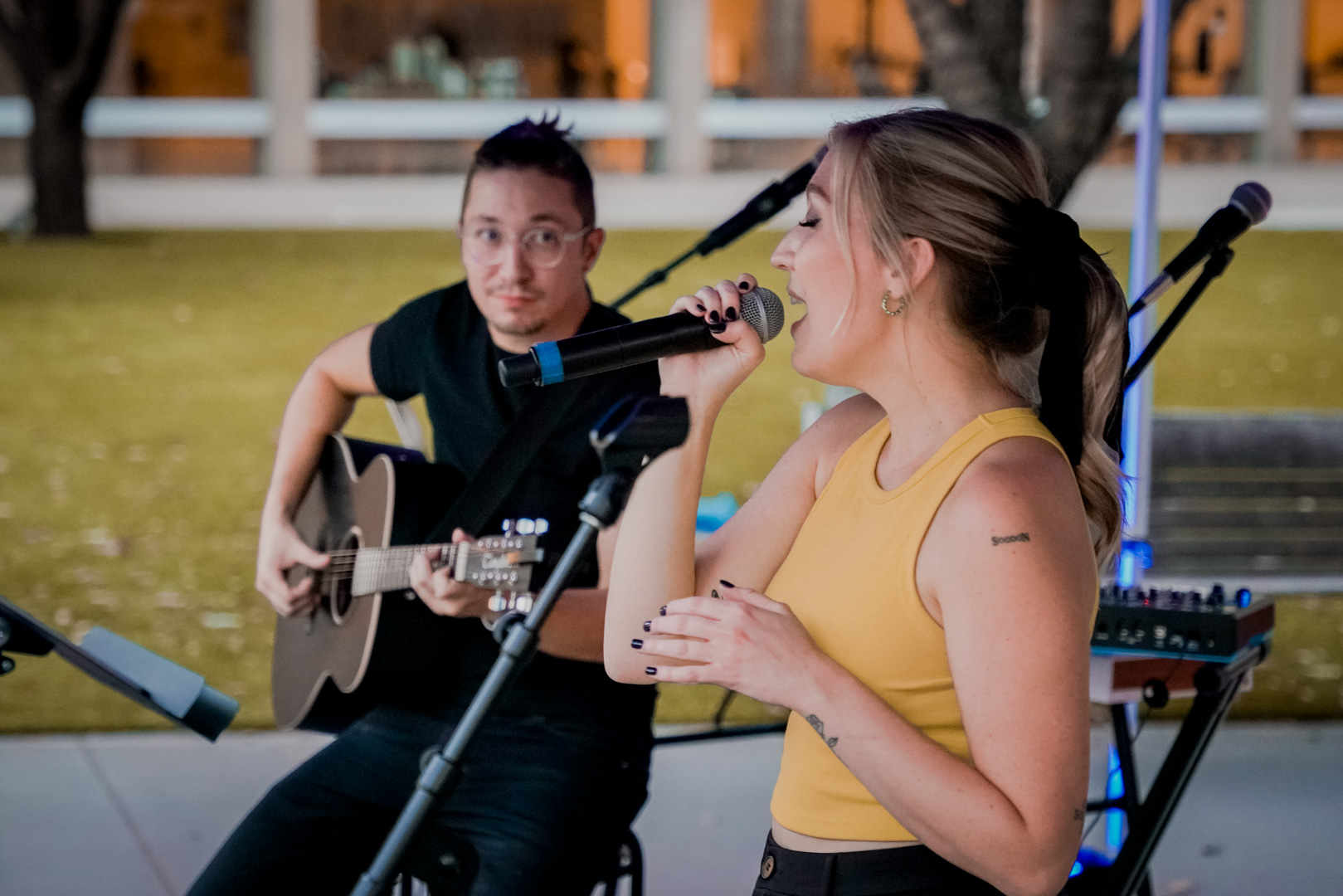 Devin Berg aka Strange Girl performed at Sammons Park for AT&T Performing Art Center’s series PNC Patio Sessions last Thursday, giving the audience a taste of her original music,  a new creative path for the young artist. Nearly every seat was filled on the patio area with over 50 attendees.

Berg is from Dallas and received a degree in music theater from TCU. She’s known for playing murderous villains in Imprint Theatreworks’ productions of Ghost Quartet and LIZZIE: the Lizzie Borden Rock Musical.

When the pandemic came, she found herself with idle time to explore her interest in writing music.

“Music is one of those things I always wanted to do, but I always found ways to talk myself out of it,” Berg said. “I used to write plays and I was always interested [in music], but I had never written a song until 2020. It’s like my pandemic baby.” 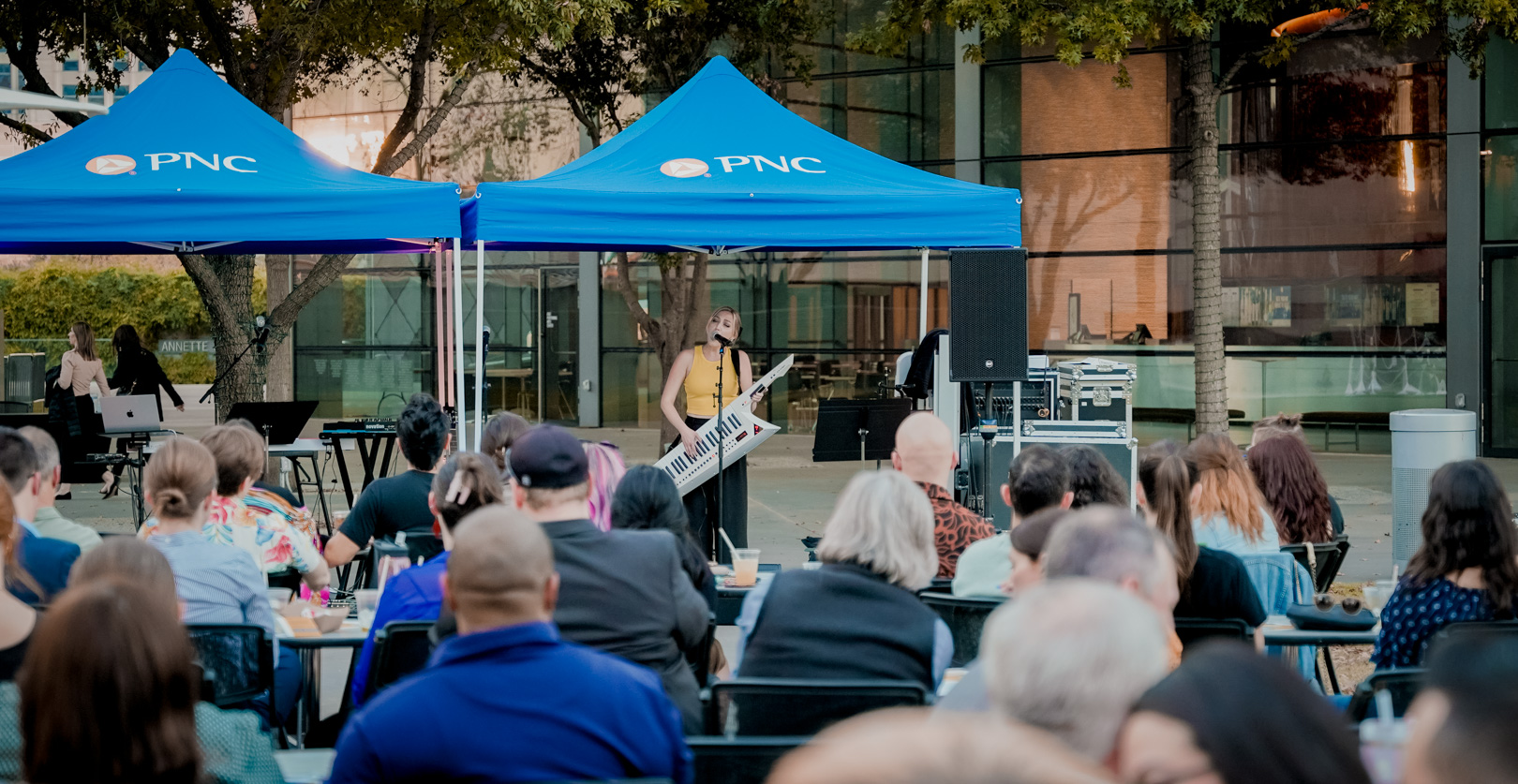 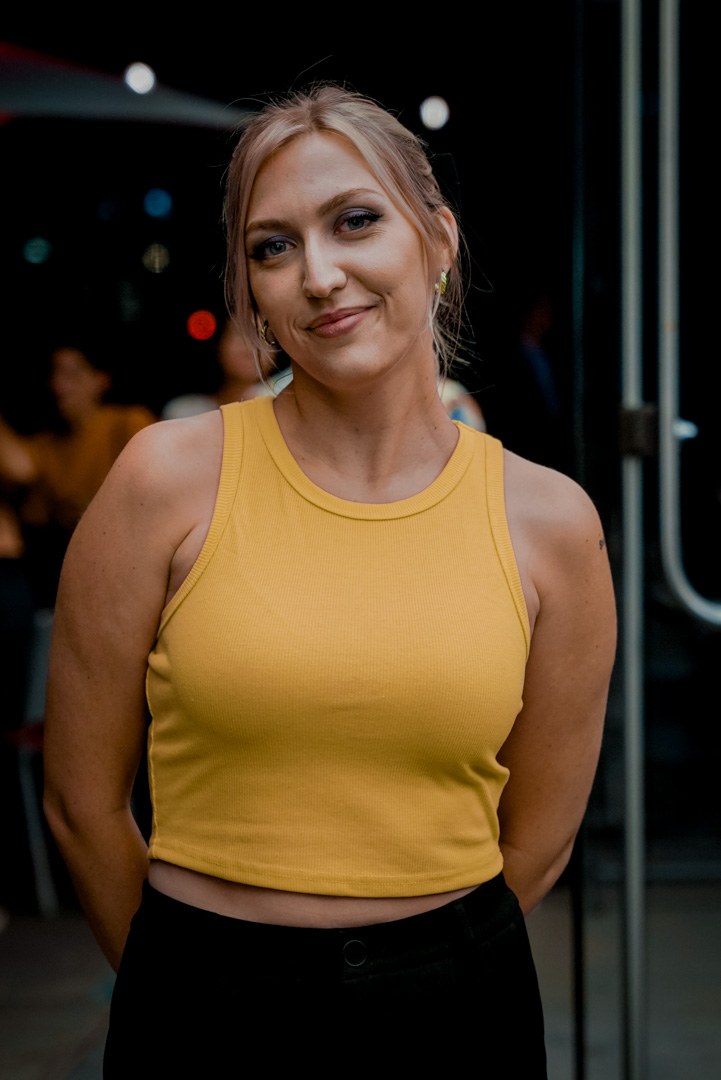 Although Berg is new to songwriting, her music is cohesive with a proclivity to storytelling. Some may call it alt-pop, others folk pop.

“That’s one of the great things about still being new – I’m still finding my sound,” Berg said. “The singles out right now are primarily alt-pop, but a lot of my old stuff is more folk / singer -songwriter.”

She’s been experimenting with various techniques of producing of her songs, finding enthusiasm in trying acoustic and dance edit versions of her original music and exploring genres.

“Acoustic versions feel more intimate and can work in ways that are unique to a live setting,” Berg said. 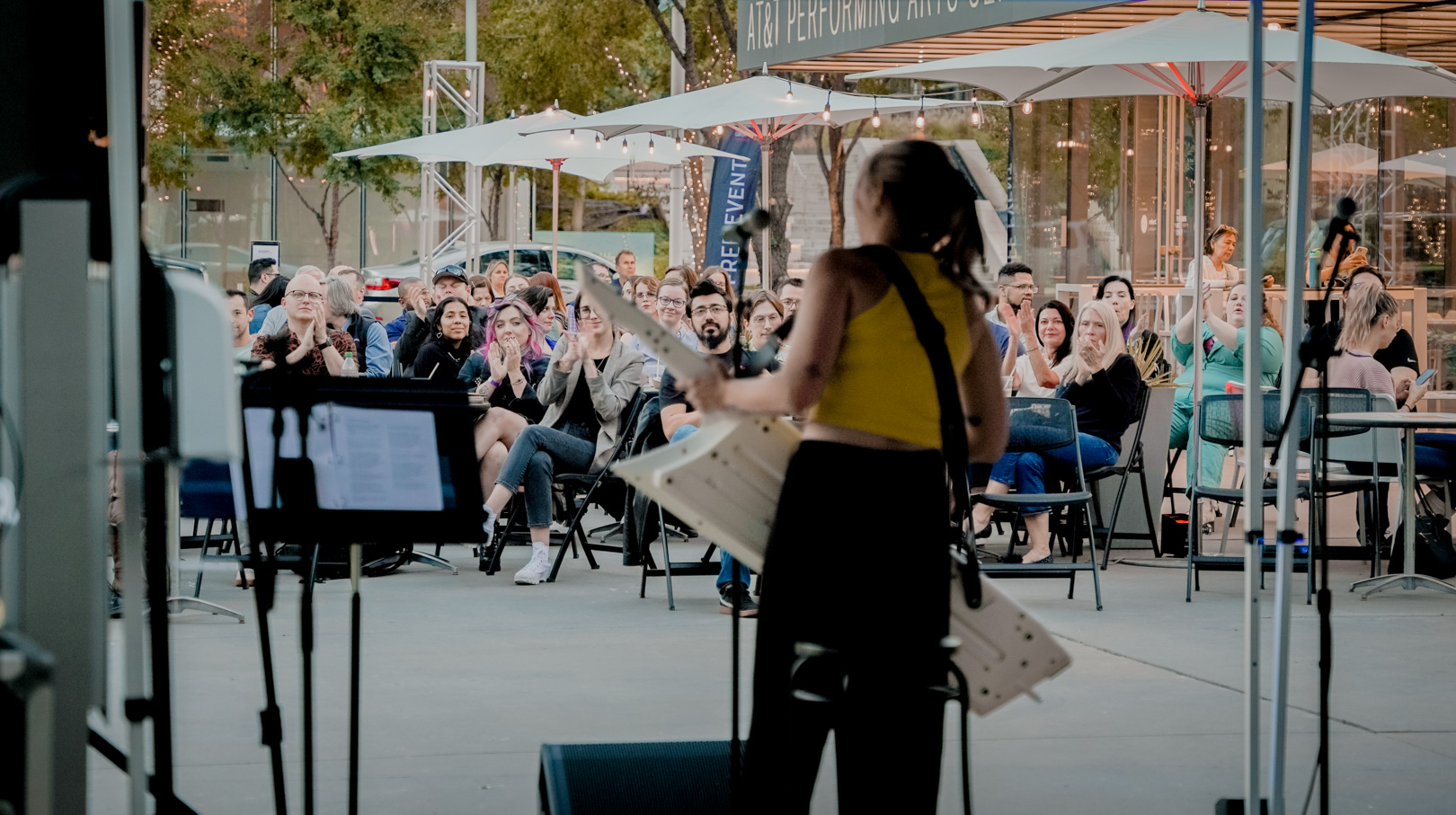 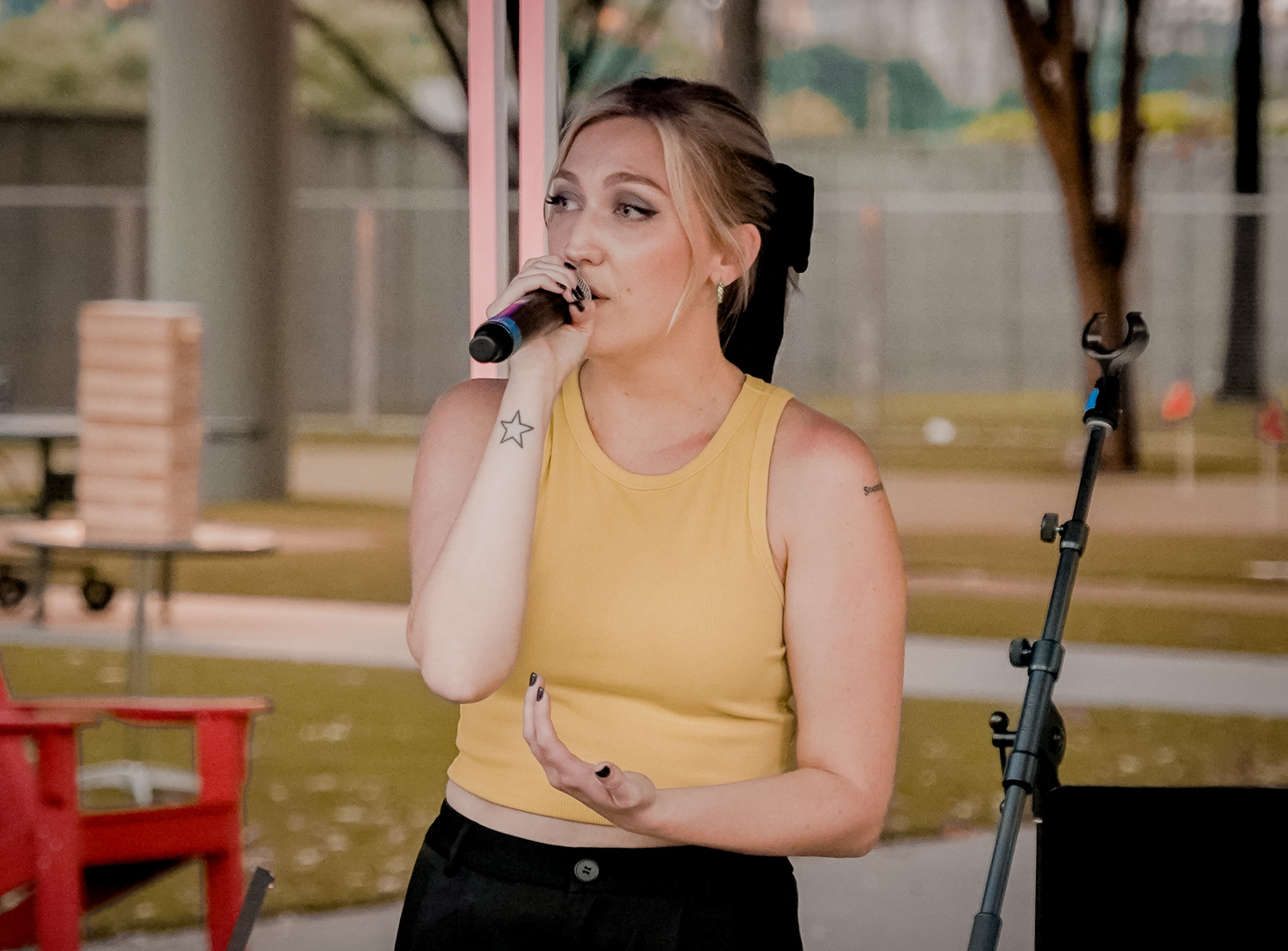 Berg’s background in musical theater showed in her projection and confidence on stage. Photo: Jessica Waffles

Berg’s new path is one she takes seriously – she’s about to start graduate studies at Berklee College of Music, majoring in music business.

Following her early October single release “television romance,” her latest single “green 4 u” dropped last Thursday. A music video for the song will be released at a later TBD date.

“The song ‘green 4 u’ means like, ‘my lights will always be green for you,'” Berg says. “It’s about people in your life you’ll always love and care about, even if they’re not in your life anymore.” 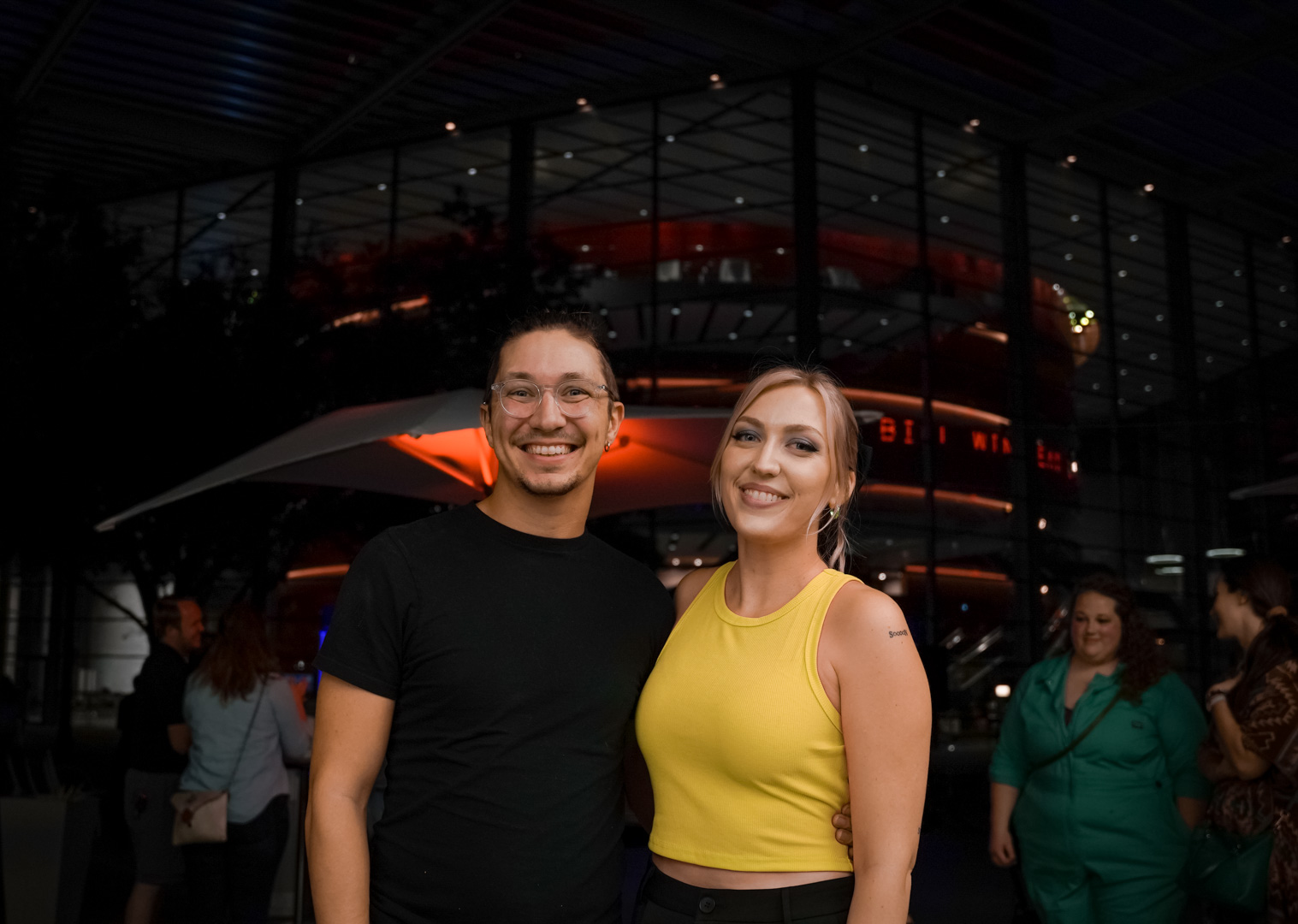 “I want people to know that music is accessible to everyone, and it doesn’t have to be perfect,” Berg said. “I pride myself on being homemade, recording in my house with my producing partner through Facetime. You don’t need fancy tools.  Every song I write, it feels like it’s something I need to say. I think it’s important for people to remember nobody has what you have.” 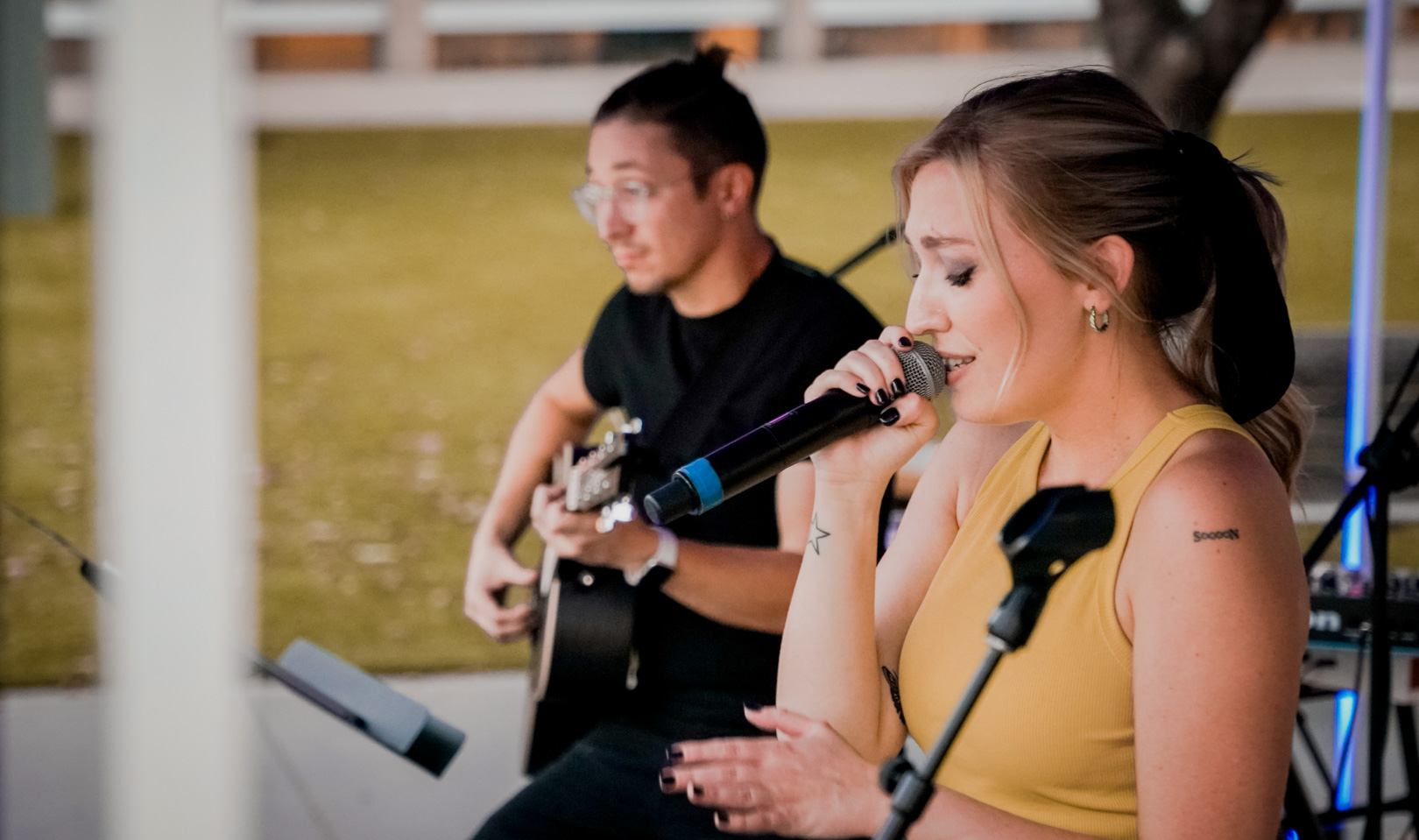 Our work is made possible by our generous, music-loving members. If you like how we lift up local music, consider becoming a KXT sustaining member right here.  right here.