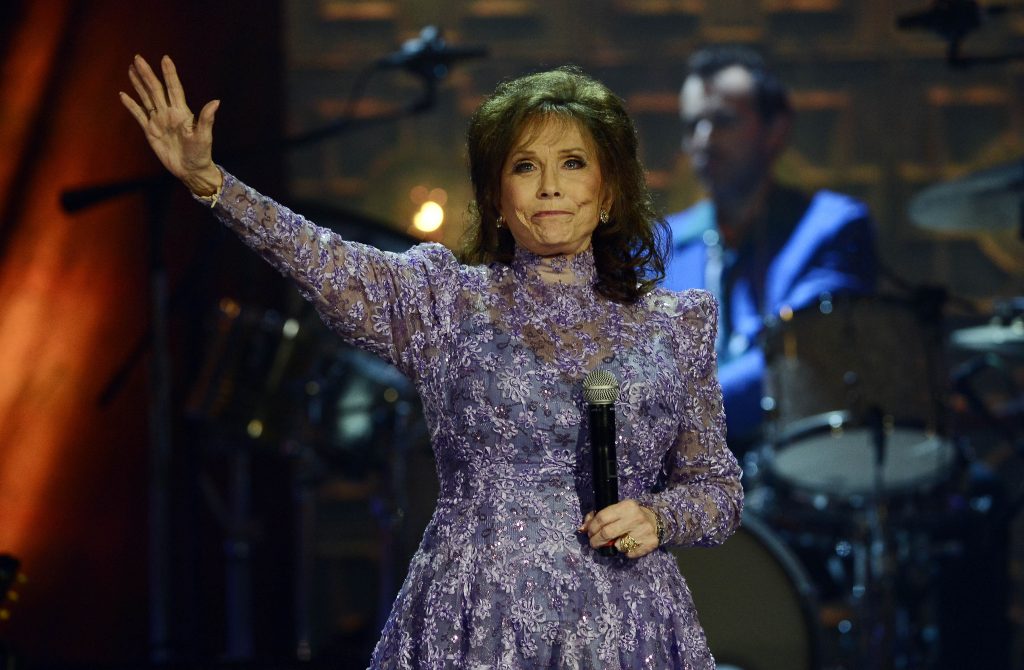 According to numerous reports, including the New York Times, Lynn died of natural causes in her sleep at her ranch, west of Nashville. In lieu of flowers, the family has asked for donations to be made to the Loretta Lynn Foundation. Information about a public memorial/celebration of life is forthcoming from the family.

Lynn’s expansive, groundbreaking career, which stretched for more than half a century, paved the way for multiple generations of women in country music. Lynn frequently fused plainspoken language and a no-nonsense attitude with a gift for conveying the realities of life in poetically gritty terms. Her life was the subject of the acclaimed 1980 film “Coal Miner’s Daughter,” which starred Sissy Spacek as Lynn.

She was able to pivot from the late 1960s and provocative singles like “Don’t Come Home A-Drinkin’ (With Lovin’ on Your Mind)” or “Fist City,” to a run in the 1970s which found her contending with societal issues – “The Pill” and “One’s on the Way” – with a frankness not often found in country music of the time. Over the course of her career, Lynn had 24 number one singles (with a total of 51 Top 10 hits), 10 number one albums and sold more than 45 million singles.

Her ability as a duet partner (Lynn famously collaborated to impressive effect with fellow legends like Ernest Tubb and Conway Twitty) as well as a formidable skill as an interpreter of others’ writing gave her a longevity in country music that spanned decades. A three-time Grammy Award winner, Lynn also received numerous accolades from the American Music Awards, the Country Music Hall of Fame, the Academy of Country Music and many more.

After a late career resurgence in the early 2000s, courtesy of collaborating with rock star Jack White on 2004’s “Van Lear Rose,” Lynn continued to tour and record. Lynn suffered a stroke in 2017, and broke her hip in 2018, which brought an end to more than a half century of steady touring. All available information indicates her final Dallas performance came in November 2016 at the Majestic Theatre downtown. Her final studio album, “Still Woman Enough,” was released in 2021.

Preston Jones is a North Texas freelance writer and regular contributor to KXT. Email him at [email protected]or find him on Twitter (@prestonjones). Our work is made possible by our generous, music-loving members. If you like how we lift up local music, consider becoming a KXT sustaining member right here.