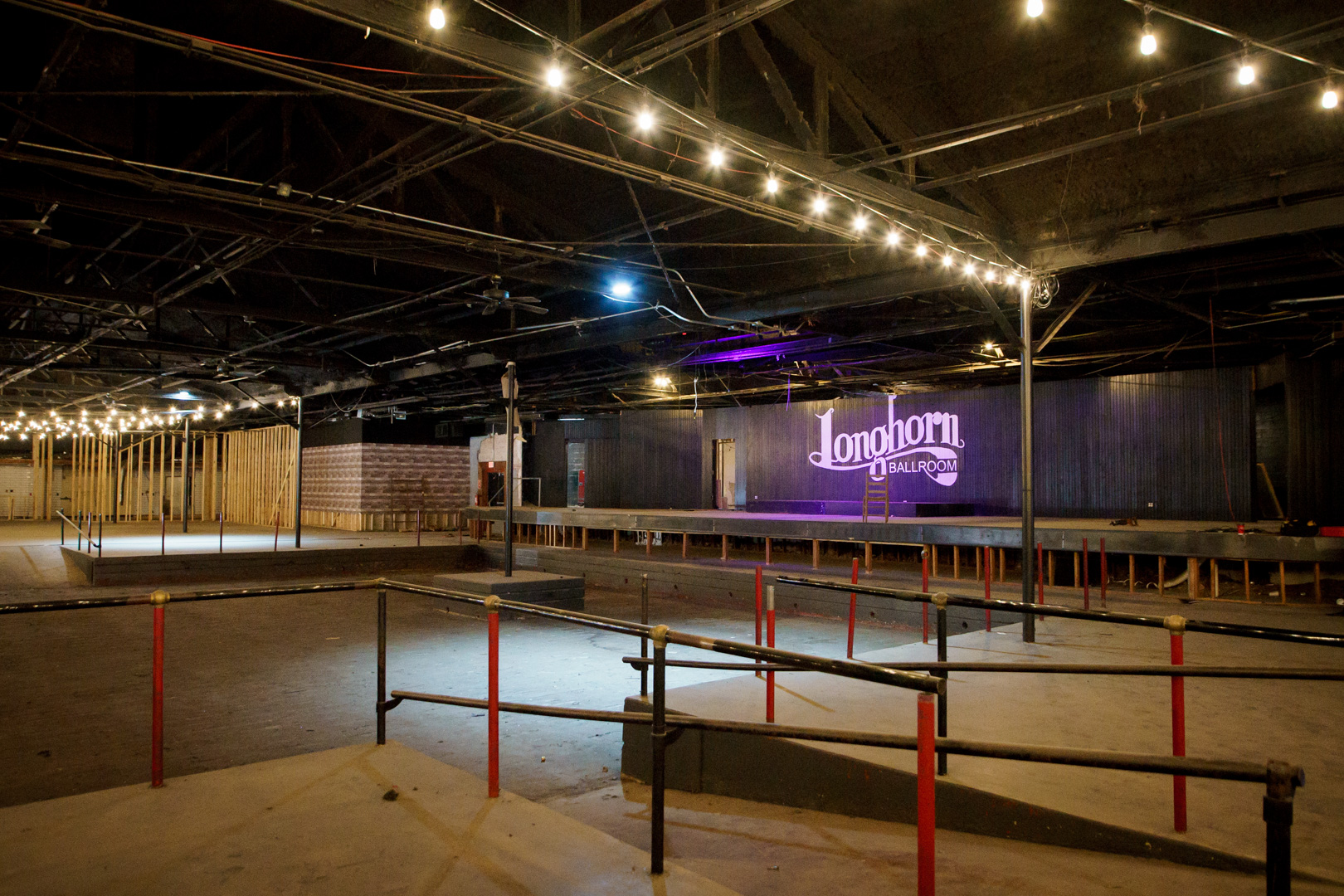 The interior of the Longhorn Ballroom in Nov. 2021.
Photo: Jessica Waffles/KXT

It took about a half hour of occasionally pointed conversation between various Dallas City Council members, but in the end, shortly before 11 a.m., the restoration and reopening of the Longhorn Ballroom took a significant step forward Wednesday.

Just a year and a day after it was announced the Kessler Theater’s Edwin Cabaniss had purchased the Longhorn Ballroom after a previous owner’s attempts to revive the space collapsed into bankruptcy, the Dallas City Council approved agenda item 41, the approval of a tax increment financing (TIF) development agreement and a Chapter 380 economic development grant agreement.

“We are thrilled with today’s vote,” Cabaniss said in an emailed statement. “It assures us that the City is a committed stakeholder in this long-neglected area. This was the last major bureaucratic hurdle and clears the way for us to bring this legend back to life in 2023.”

The motion completed an earmarking of a financial commitment of a little over four million dollars to help fund the finished space south of downtown. (The estimated total amount for the Longhorn Ballroom’s restoration and reopening has been pegged around $15 million.)

“We have an opportunity to save a piece of history,” said councilmember Jesse Moreno during the session. “The Longhorn Ballroom is an iconic, historical site in Dallas. … I look forward to the first concert at the renovated Longhorn Ballroom.”

Exactly when that first concert will be is uncertain — at some point next year, according to Cabaniss — but this much is certain: If Cabaniss can conjure the same magic with the 23,000 square foot Longhorn as he did with resuscitating the Kessler Theater, the city of Dallas is in for a treat.

During a media tour last fall, Cabaniss eagerly showed a clutch of KERA and KXT reporters and editors around the space, which was illuminated by strings of lights crisscrossing the vast main room. Everywhere you turned was a connection to the past: A safe, reputedly owned by Jack Ruby, sat off to the side; a wall full of framed images depicted a galaxy’s worth of stars who had passed across the venue’s stage during its heyday; a half-glimpsed mural, stretching the length of an interior wall, slowly being restored.

“We’re going to tip our cap to the past,” Cabaniss said at the time. He’s doing more than that, as the venue, which opened its doors in 1950, is also being submitted for consideration for the National Register of Historic Places and is working to capture images, videos and remembrances from some of the greats of yesteryear for posterity.

But much as the Kessler Theater initially leaned on its illustrious past when it first opened its doors, the Oak Cliff venue fast became a vital presence in the here and now. Cabaniss and his team seem intent on doing the same again, just on a vastly larger scale.

He owns the full four acres upon which the Longhorn Ballroom sits, and will spin multiple listening spaces out of the building. The main room’s capacity would run from about 1,000 to 2,500 people, while another space, off to the side of the main room, would evoke the cozy confines of the Kessler. Out back, Cabaniss is planning something tentatively called the Longhorn Ballroom Backyard, an outdoor space capable of holding around 5,000 people.

“We as a city tend to neglect putting our share of investment [into projects], so we have places that are generally ignored,” said councilmember Jaynie Schultz during the session. “I’d love to see us do more of this across the city, whether it’s to preserve or to build, and celebrate a future in places that have been overlooked for a long time. I hope this is a precedent and we do more of this kind of investment.”