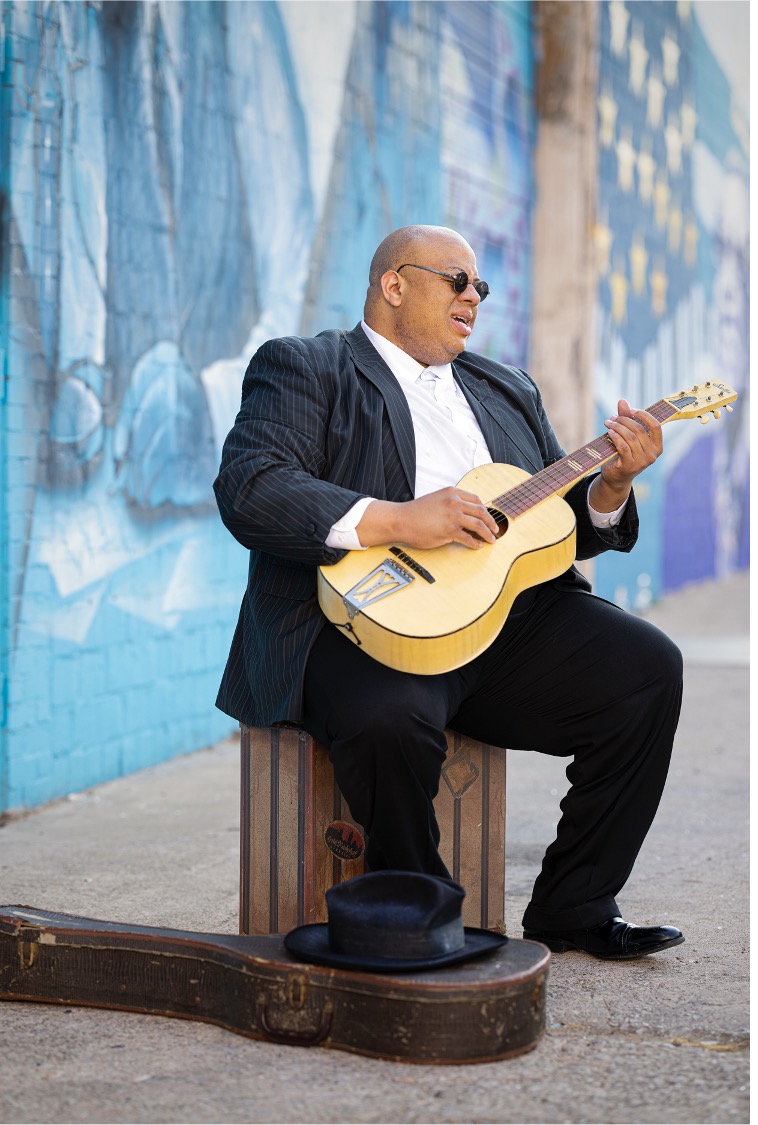 Downtown Dallas is haunted by the ghosts of blues legends.

It might be difficult to spot them, but throughout the Deep Ellum neighborhood and in various corners of downtown proper, you can find traces of some of the genre’s most legendary players, many of whom got their start busking on area street corners.

One of the most well-known blues greats hailing from Dallas is Blind Lemon Jefferson, whose life and work are the foundation upon which playwright Akin Babatunde and author/historian Alan Govenar build “Lonesome Blues,” a “solo-performer meditation” which runs through Sept. 18 at Undermain Theatre.

The piece, according to press materials, expands on Babatunde and Govenar’s 2007 musical “Blind Lemon Blues,” using “new research to probe deeper into the life and psyche of Blind Lemon Jefferson.”

According to Govenar’s biography of Jefferson for the Texas State Historical Association, Jefferson “was known to perform almost daily at the corner of Elm Street and Central Avenue in Dallas … in 1925, Jefferson was discovered by a Paramount recording scout and taken to Chicago to make records.”

Chicago is where “Lonesome Blues” finds Jefferson — played in Dallas by J. Dontray Davis — as he sorts through the music and people he’s known in his life on Dec. 19, 1929, the day of his death. According to press materials, Davis plays over 10 different roles in “Blues.” Here’s a look at a few other key people in Jefferson’s life.

The man born Huddie William Ledbetter — better known by his stage name, Lead Belly — looms large in the worlds of blues and folk music. For a time, according to a biography from the Texas State Historical Association, Lead Belly worked as a farmhand east of Dallas, and would earn money playing music in Dallas saloons during the colder months, where he crossed paths with Blind Lemon Jefferson.

This Dallas-born blues and country singer made her name on the Black vaudeville circuit of the early 20th century, before getting signed to Columbia Records in 1927, per her biography from the Texas State Historical Association. She was, per her biography, a bold performer: “Her lyrics, some of which advised other women how to keep their men and how to handle unreliable lovers, often included strong sexual overtones.”

Johnson’s music was indelibly stamped by his formative years in the Baptist church, which, according to a 2007 biography by D.N. Blakey, most likely took place near Temple, east of Dallas. This powerful fusion of redemption and despair is evident in tracks like “Dark Was the Night, Cold Was the Ground” and “It’s Nobody’s Fault But Mine” (a tune Led Zeppelin fans might recognize from the rock band’s 1976 LP Presence).