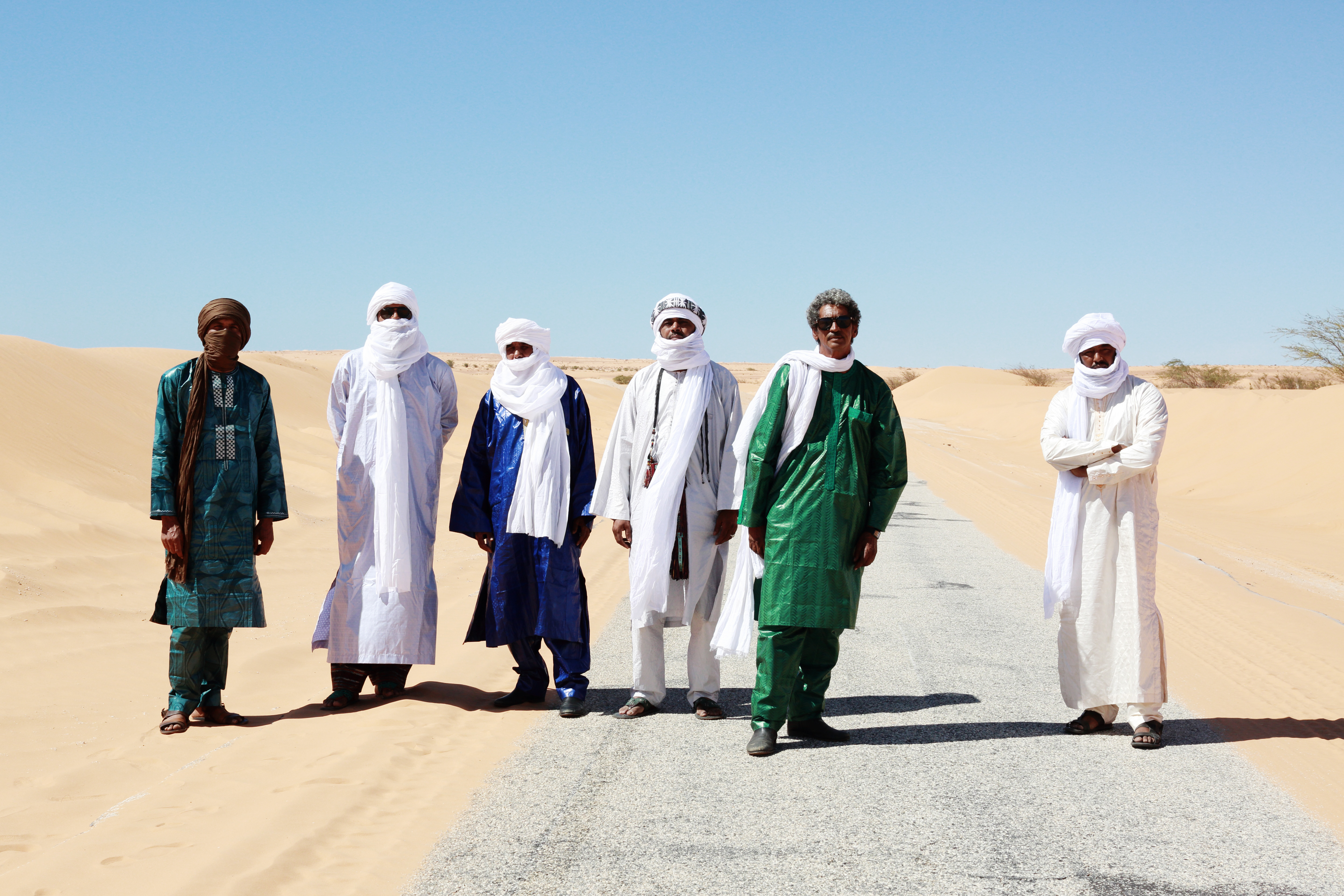 Tuareg “desert blues” group Tinariwen is one of the many (many, many, many) acts passing through North Texas this fall.
Photo: Marie Planeille

North Texas has seen plenty of blockbuster musical performances on stages large and small thus far in 2022 — Paul McCartney, Lady Gaga, Garth Brooks, the Weeknd, Tripping Daisy and Kendrick Lamar, to name just a few — but the remaining months of the year promise just as many highlights to come, if not more. Here are a few forthcoming performances worthy of your attention and your hard-earned concert dollars.

Arguably one of the more underrated singer-songwriters of the moment, the Longview-born and Tulsa-based Moreland is touring behind his latest LP, Birds in the Ceiling. Raw-nerved and gripping, Moreland’s sonic style opens up a bit on Ceiling, but feels as bruising as ever.

It seems inconceivable influential English rockers Roxy Music are celebrating their 50th anniversary. Yet, Bryan Ferry and his bandmates (Andy Mackay, Paul Thompson and Phil Manzanera) are out on the road doing just that. Given 40 years have passed since the release of Avalon, the band’s last LP, expect plenty of classics. Dallas-bred alt-rock firebrand St. Vincent opens.

The Fort Worth venue Tulips FTW, tucked away just south of Interstate 30, has quickly made a name for itself as a live music destination in less than two years. The intimate room reliably books an eclectic mix of acts, like the Tuareg group Tinariwen, which blends traditional West African music and rock for a potent combo dubbed “desert blues.”

Sept. 10: The Killers at Dickies Arena; Julia Jacklin at the Studio at the Factory

Sept. 11: Stereolab at House of Blues; Panic! at the Disco at Dickies Arena

Sept. 24: Remi Wolf at the Studio at the Factory

Sept. 28: My Chemical Romance at American Airlines Center; Andrew Bird and Iron + Wine at Strauss Square; Florence + the Machine at the Pavilion at Toyota Music Factory; Metric at House of Blues

The Chicks at the Pavilion at Toyota Music Factory (Oct. 10–11)

Many a Texas tooth was gnashed when Natalie Maines, Emily Strayer and Martie Maguire (collectively known as The Chicks) announced a spate of 2022 tour dates earlier this year, in support of 2020’s Gaslighter, and nary a Lone Star city was included. But of course The Chicks are coming home to roost, and for two nights, a first for the Grammy-winning band.

In partnership with Live Nation, Fort Worth restauranteur Tim Love is getting into the live music business with this Stockyards venue, which is scheduled to open Oct. 1. It’s bringing the heat early, though: Spoon is relatively scarce as a headliner on local stages, despite its Austin roots. The Britt Daniel-led outfit is touring behind its phenomenal new record, Lucifer on the Sofa.

The Houston-bred singer-songwriter Lizzo (she of the irresistible pop earworms like “Truth Hurts” or “About Damn Time”) graduates to her biggest North Texas gig yet, as the tour supporting her recently released studio album Special (her fourth overall) brings her to the expansive American Airlines Center.

Oct. 6: Arlo Parks at the Studio at the Factory

Oct. 15: The Wallflowers at Granada Theater; Fitz & the Tantrums at the State Fair of Texas

Oct. 23: Nikki Lane at the Studio at the Factory

Oct. 28: Maren Morris at the Pavilion at Toyota Music Factory; Gogol Bordello at Granada Theater; Steve Lacy at the Factory in Deep Ellum

Oct. 29: The Misfits, Alice Cooper and Distillers at Dos Equis Pavilion; Jamey Johnson at the Factory in Deep Ellum

Oct. 30: Sophie B. Hawkins at the HiFi Dallas

Oct. 31: Plains (Waxahatchee, Jess Williamson and MJ Lenderman) at the Studio at the Factory

Demi Lovato at the Pavilion at Toyota Music Factory (Nov. 6)

We’re a long way from “Barney & Friends.” The Grand Prairie-raised singer, songwriter and actor has tried on a variety of pop and rock guises over the course of her career. With her latest, Holy [Expletive], the 30-year-old reaches back to the early 1990s for a grungy, pop-punk vibe. It might read like lazy nostalgia, but Lovato pulls it off with panache.

It might save time to list the projects singer-songwriter and fiddle player Amanda Shires isn’t involved in, such is her prodigious output. A member of husband Jason Isbell’s the 400 Unit, Shires also logs time in the Highwomen, drops in on everyone from Luke Combs to Shovels & Rope, and finds time to craft vivid solo albums like her latest, Take It Like a Man.

The British-born, Oklahoma-bred singer-songwriter known as Bartees Strange is having a breakout 2022. His sophomore effort, Farm to Table, is an absorbing blend of rock, pop, jazz and hip-hop, and has earned him widespread acclaim, as well as opening slots for the likes of Car Seat Headrest and Lucy Dacus.

Nov. 3: Lee Fields & The Expressions at the HiFi Dallas

Nov. 5: Lucius at the HiFi Dallas; Alvvays at the Studio at the Factory

Nov. 8: St. Lucia at the Studio at the Factory

Nov. 11: Rina Sawayama at South Side Ballroom; Toadies at House of Blues

The Smile at the Factory in Deep Ellum (Dec. 8)

Given Radiohead’s extended (permanent?) hiatus, the closest anyone is going to get to seeing those members perform on stage is through side projects like this one, which features Radiohead’s Thom Yorke and Jonny Greenwood, alongside drummer Tom Skinner. This post-punk-tinged effort is touring behind its Nigel Godrich-produced debut, A Light for Attracting Attention.

Wrap up your show-going year with a bit of seasonal cheer, courtesy Austin-bred singer-songwriter Kat Edmonson, who’ll bring her “Holiday Swingin’!” tour to the cozy confines of the Kessler Theater. Expect jazz-flavored renditions of Yuletide staples like “O Christmas Tree” and “Let It Snow.” This concert promises to be all cookies, no coal.

Dec. 8: DaBaby at South Side Ballroom; Sunny Day Real Estate at the Studio at the Factory; Bela Fleck and Punch Brothers at Majestic Theatre

Dec. 13: Maneskin at South Side Ballroom