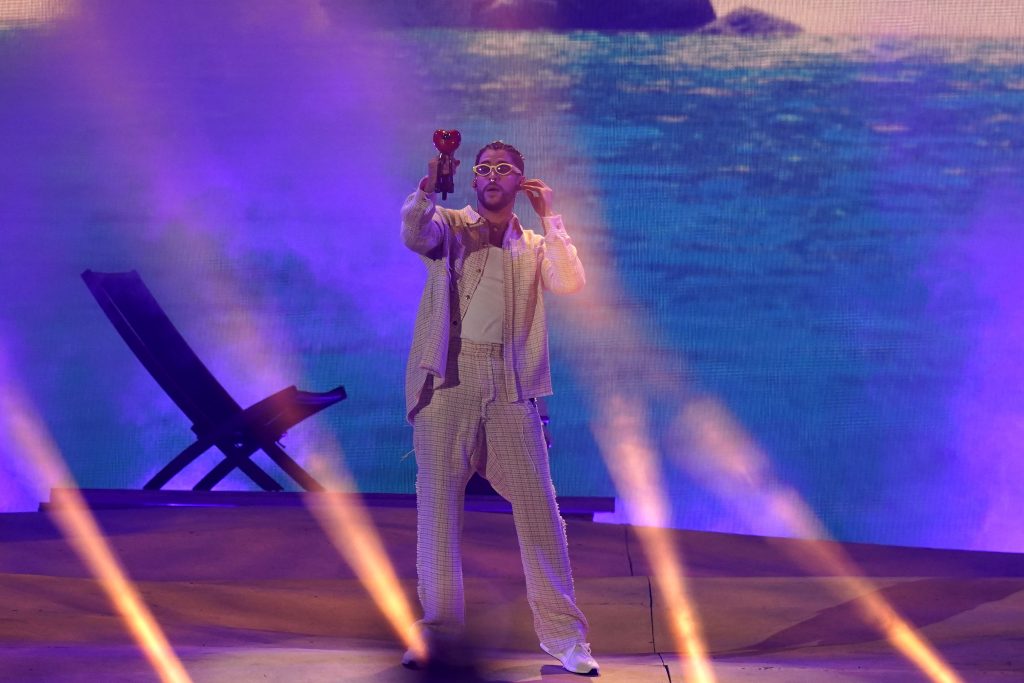 Born Benito Antonio Martinez Ocasio in Puerto Rico, the man better known to his millions of fans as Bad Bunny might be one of the biggest musical acts on the planet.

His songs, full of reggaeton and hip-hop flourishes, have catapulted him to the front ranks of artists big enough to play spaces the size of AT&T Stadium, which Bad Bunny will do Friday night, as part of his “World’s Hottest Tour.” Diplo, an A-list DJ and producer plenty capable of headlining arenas on his own, will open. (What’s more: Friday’s stop is the 28-year-old rapper-singer’s second North Texas gig in just over seven months – he sold out the American Airlines Center back in February, as part of his “El Ultimo Tour del Mundo.”)

Whether you’re a Bad Bunny stan, or couldn’t pick him out of a crowd, here are some facts to know about this superstar.

Bad Bunny, who cut his teeth on Soundcloud uploads, has wasted little time ascending the ladder of pop stardom. His debut album, X 100pre, dropped just four years ago, and less than two years later, in 2020, there he was alongside Jennifer Lopez and Shakira, performing during Super Bowl LIV’s halftime show. The clearest indicator of his reach came that same year, when Spotify revealed he was the most-streamed artist of the year, with 8.3 billion streams. (He was also the first non-English language act to achieve that milestone.) That figure, it turns out, was just a warm-up: Bad Bunny shattered it in 2021 with more than 9.1 billion streams, and earlier this year, set a single day global record of 183 million streams.

From the outset of his career, Bad Bunny has been open about his fluid sexuality, pushing a message of inclusivity and fighting back against toxic masculinity by discouraging sexual harassment of women and homophobia. (In the video for his 2020 single “Yo Perreo Sola,” Bad Bunny, who performed in the clip in drag, ended with a written statement condemning sexual harassment.) Comfortable in floral prints and occasionally flaunting long, manicured nails, Bad Bunny is also a passionate activist for his native Puerto Rico, establishing the Good Bunny Foundation which helps children in poverty.

Music isn’t his only gig

While he’s proven to be extraordinarily good at making music thus far, Bad Bunny hasn’t just limited himself to the studio and the stage. He’s also branched out into professional wrestling, having appeared at the WWE’s Royal Rumble in 2021 and 2022, as well as film acting, making his big screen debut in last year’s F9 (part of the Fast & Furious franchise) and appearing in this year’s blockbuster action flick Bullet Train, alongside Brad Pitt.