(Please note: this song contains language that some might find offensive.)

Alex Blair is a Dallas singer with a background in jazz, who is stepping out of what fans may expect from her in her debut album The Eclipse.

“It’s a brand new sound for me,” Blair said of the new release. “I’m moving into more soul and neo soul. It’s a new version of me. I’m excited for people to see how serious I am about this.”

The album dropped today September 9 and contains 12 songs written by Blair, featuring Antone Amalbert as the executive producer. It was recorded at Amalbert’s studio The Experimental Lab II in DeSoto, TX. Although the songs don’t incorporate a lot of live instrumentation, Jay Sanford plays bass and produces on the record as well. 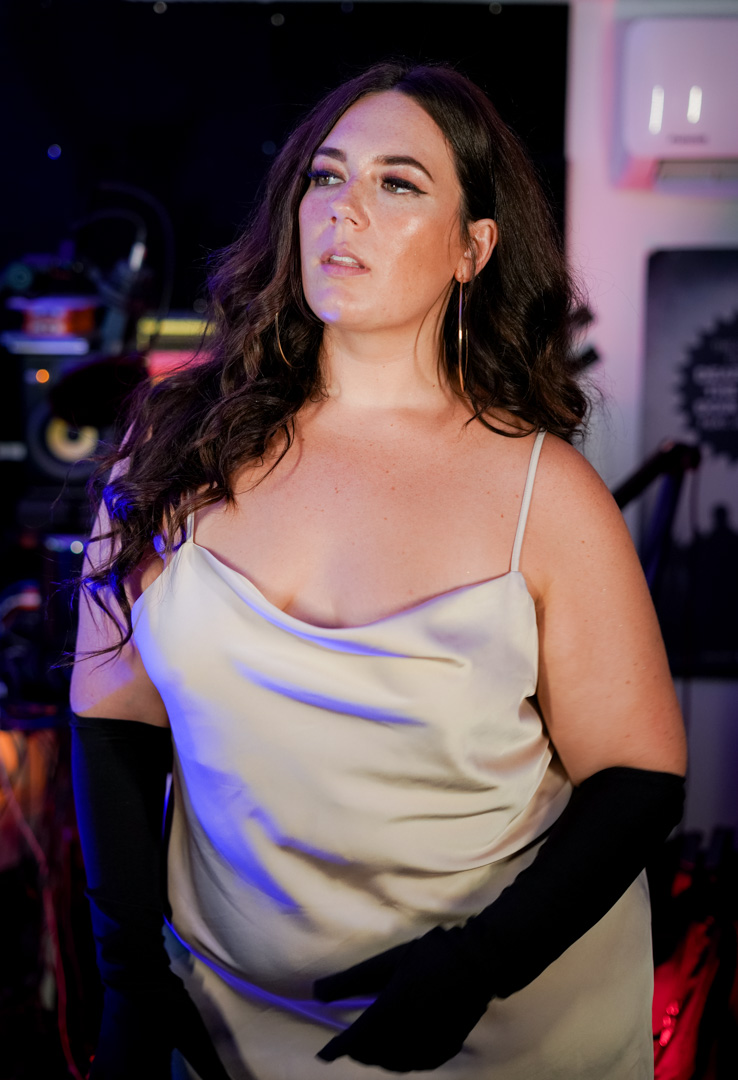 The preview show was hosted at Wax Space in Oak Cliff on August 27, with Blair and her band playing a short 5-song set to amp up the album release.

“The music has followed along with my personal transformation,” Blair said. “Loving and embracing who I am; I’m having my music reflect that.”

Blair has been working in the music scene for years, and she emphasized that it takes certain type of energy and commitment to break out of the pattern of cover bands in the Dallas music scene.

“I see people fall into cover bands, and it’s hard to not get sucked in,” she says. “But I’ve always just wanted to do my own thing.”

This record follows her EP release Season of the Curvy Fox that came out in 2020. It included previously released singles “Hittin’ It!” and “Delusional.” 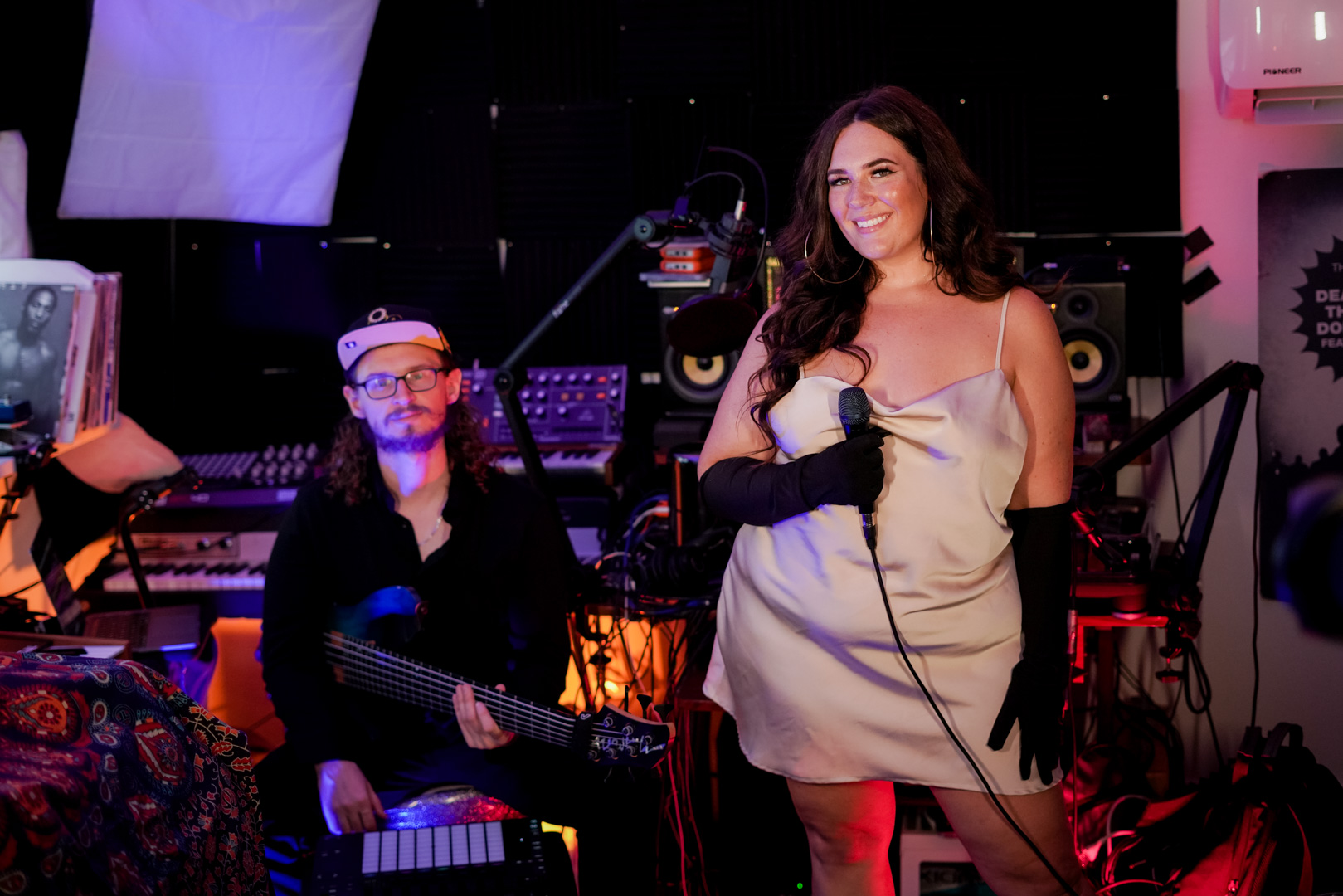 Robert Trusko and Alex Blair performer her song “If” for a live session with KXT Radio. Photo: Jessica Waffles

The song “If” from The Eclipse will include a music video drop, with creative direction by DeMarcus “The Nikon Icon” Williams. It is also the song in the live session video above, featuring Robert Trusko on bass.

The music video is set in a 70’s vintage era. It tells a story of being caught in the awkward position of people trying to tell you what decisions in your life, stuck in the middle go two people trying to sway you one way or another.

In the spirit of “doing it big,” Blair has billboards promoting the album going up at Times Square in New York and one in Oakland, CA.

“I want to take this record out on the road and out of state,” Blair said. “I’ve been working to find out who I am musically, and getting out a certain box because of my background in jazz.”

The Eclipse is streaming everywhere now. Keep up with Blair on her Instagram page for upcoming shows and tour dates.

Alex Blair plans to take her music on the road to expand her musical horizons. Photo: Jessica Waffles