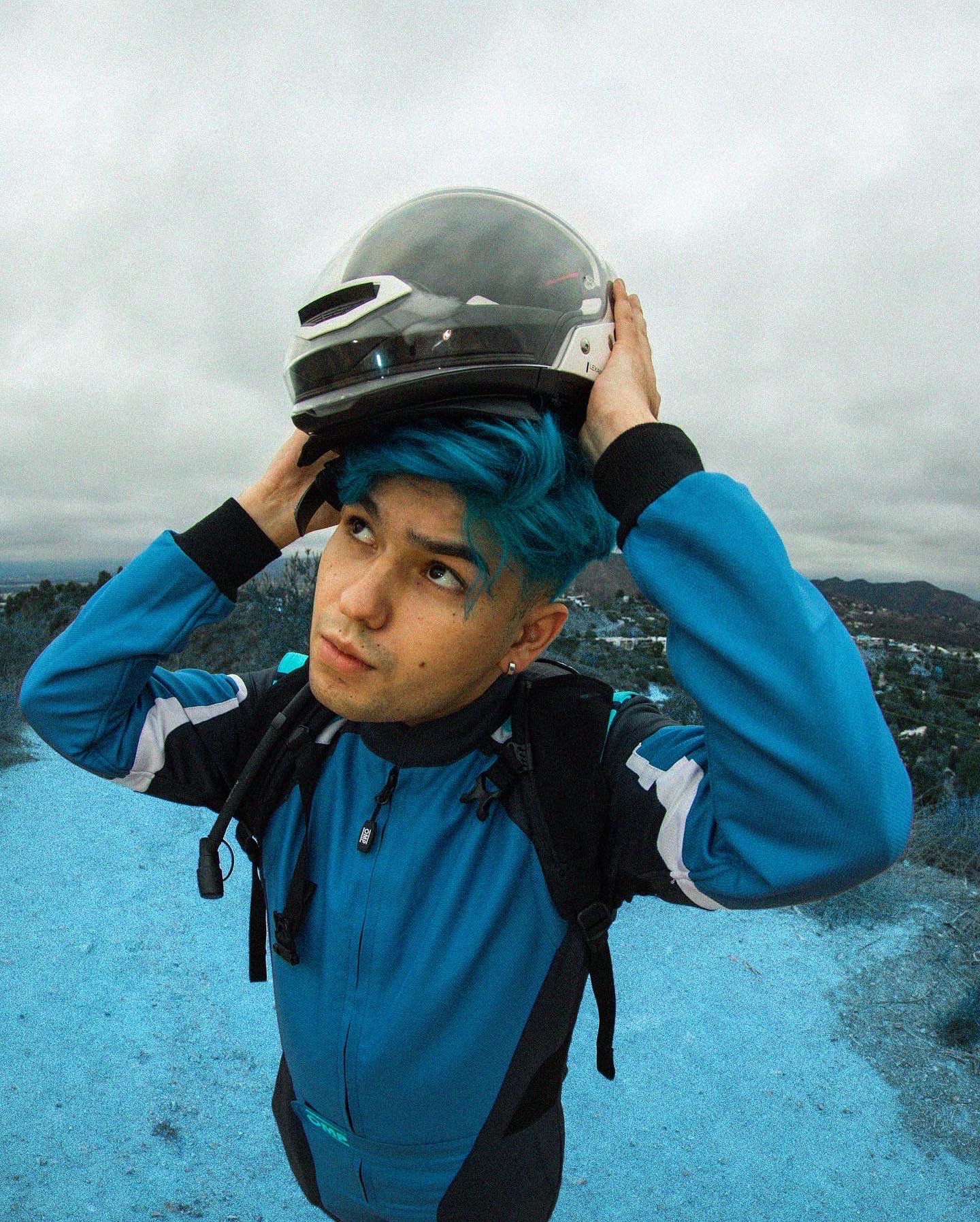 Success, as A-Wall will tell you, comes with its advantages — and its drawbacks.

The El Paso-born and North Texas-based singer-songwriter’s 2021 single “Loverboy” exploded in popularity on TikTok — the “bedroom pop” track has amassed a staggering 174 million Spotify streams to date. (“It was crazy,” he said during a recent conversation. “I’d wake up and it’d be like, ‘The Jonas Brothers are using your song.’ I was like, ‘What the hell?’”)

The man born Aaron Paredes found himself, in the wake of viral fame and attention, grappling with how to evolve artistically. He embraces that messiness on his just-released single, “Solo,” the second song from his third LP Autopilot, due out later this year.

A-Wall shows off some sharp verbal wordplay — turning the word meaning alone (“solo”) into the phrase “so low” to illustrate his state of mind — against a laid-back, expansive beat.

“I started this album about three years ago,” A-Wall said during a recent conversation. “After, like, ‘Loverboy’ had started doing its thing, but also in the middle of the pandemic — it was just a really weird time. I feel like I went through another state of, like, autopilot — I just didn’t know what I wanted to do artistically. I was unsure of myself.”

Did his audience, which had suddenly grown dramatically in size and scope, simply want him to repeat himself? Or would his new-found fame provide him the latitude to follow his muse. To hear A-Wall tell it, Autopilot is the answer to the latter question.

“I didn’t know if this album was gonna be like [listeners] wanted 10 more ‘Loverboys,’” A-Wall said. “The main takeaway [from Autopilot] is just doing literally what you want. The original meaning is me battling with [the questions] ‘Oh, should I do music? Or should I abandon this passion and try something a lot more realistic?’ Or even what it turned into later on with the sense of ‘Should I keep doing this “Loverboy” type of stuff, or should I do what I believe in?”

A-Wall points to albums by artists like Tyler, the Creator, which can vary aesthetically and stylistically from release to release as a model he’d like to follow: “I like artists that you almost don’t know what to expect from them,” he said.

As for A-Wall’s future, he’s lined up a brief run of Texas dates in late October (he’ll perform at Deep Ellum’s Ruins on Halloween), plans to collaborate further with his friends in Dallas alternative hip-hop collective Chroma, and down the line, book some festival dates.

For now, however, the uncertainty about what’s next has faded away.

“Just keep grinding,” A-Wall said. “Keep growing the brand. I didn’t want to just come and go — I wanted to make sure I cement myself.”