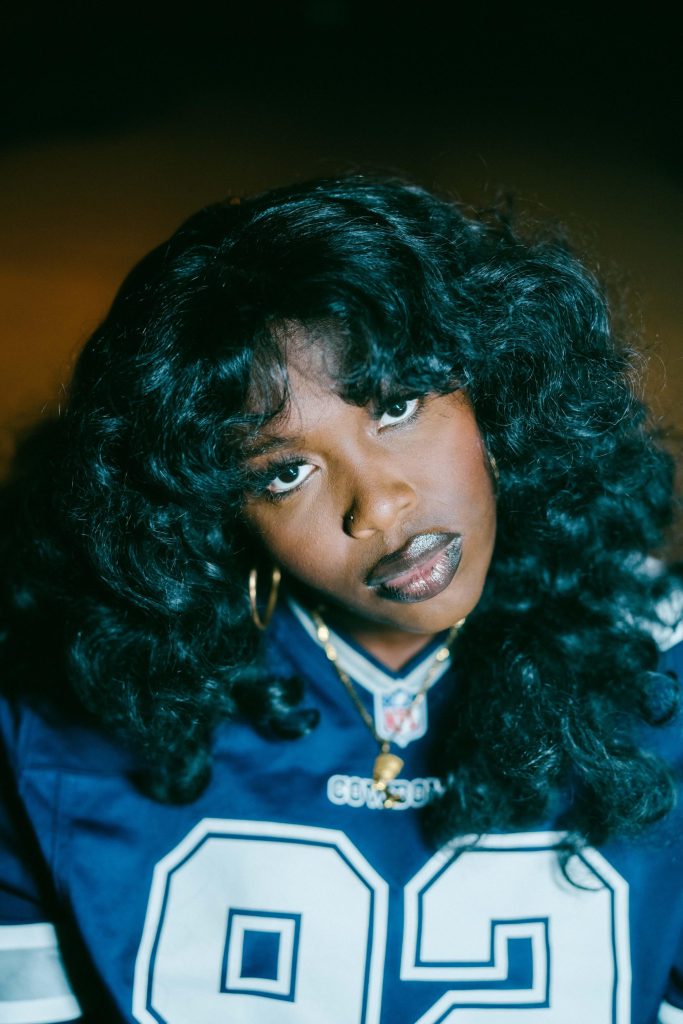 The Dallas artist returns with her first album in four years, and it already has co-signs from hip-hop legends.

“You’ll never find two Dallas artists that sound the same — the whole world trying to sound like everybody else, but we out here scrappin’, trying to let people know how different we are. Ain’t no place in the world like Dallas,” Nezi Momodu declares on the opening track of her new album, The Pound.

The Nigerian-born, Dallas-based creative is insistent that Dallas — and its vastly underrated hip-hop scene — has something to say, and she’s ready to make it impossible to ignore.

She knows she’s not the first. Momodu points to Dallas natives like The D.O.C. and Big Tuck who have fingerprints all over various corners of rap, not to mention the work of countless hit-making producers from here. Still, it seems the city has yet to stake a widely visible foothold in regional rap conversations, something that equally frustrates and inspires the multi-hyphenate artist’s push on The Pound.

“We’re seeing a kind of new renaissance where we get to say something, and really put our vote in the southern hip-hop category,” she says.

It’s a period of renewal also lifted by the re

cent breakthroughs of area natives like Kaash Paige and Grammy winner Bobby Sessions who have never been silent about their Dallas pride. Look no further than Sessions’ ongoing DDD Experience, a showcase curated to feature local artists who are up next — Momodu is, of course, among the lineup for its next installment on August 20.

“Dallas [influence] has come a long way… the way we do music, our style, even down to dances like The Ricky Bobby and The Dougie,” she says. “Now we’re a little bit more vocal about ‘this place is diverse, this place is a melting pot.’”

Her new record comes at a crucial time as she cements her place as a certified artist to watch.

The 10-song project lifts the veil on her undeniable growth since she last released an album four years ago. If there’s a new class for this generation of artists rising out of DFW, the rapper with a flow “fat like blubber” is its undisputed valedictorian. She’s not alone, though. She sees fellow contemporaries like Devy Stonez, Brionne and Coach Tev piercing through the underground and similarly defying archetypes of what the city is expected to sound like — movement that inspires her just as much as the arguably overlooked legacy of those who came before her.

“We are making different music, and we’re being unapologetic about it,” she says. “It’s very loudly Dallas.”

The Pound has only amplified it. Its banger of a lead single titled “N.E.Z.”, has a beat that hits with the nostalgia of ‘90s hip-hop classics and is powered by Momodu’s crisp flow that cuts like a cold cleaver. The song has already been lauded by icons like Snoop Dogg and one of Momodu’s biggest inspirations, Missy Elliott. The song’s music video pays homage to Elliott herself, as well as Lil’ Kim.

And it didn’t stop there. A day after trading DMs with Snoop, she got a call from multi-platinum rapper Logic, who, upon finding a viral clip of her spitting in a ‘90s-style cypher from 2016 that has amassed nearly 1 million views on TikTok, asked her to jump on his Vinyl Days album. Together they cooked up a song that borrows from Momodu’s name titled “Introducing Nezi” in which Logic dubs her “a strong Black woman from the land of Nigeria” with a flow that “makes MCs know they inferior.” Of course, the Dallas DNA is ever present on the song as she strikes with “N-E-Z-I/Triple D I stay up on the chrome 24s like T.I./Soldier in my city like a [expletive] G.I.”

Her new album isn’t confined to putting on for the city, though.

A song like “Menage” allows for tapping into her oft-cloaked sexual expression, something she hesitates to unleash in music due to her Nigerian and Muslim upbringing. With the idea of framing the project like a graphic novel in mind, she sees “The Pack” as an origin story of sorts that exalts the hustle engrained in her at an early age as a Black immigrant feeling isolated in a new country and galvanized by a heavy love for her family.

Even as the long-awaited music finally arrives, she’s ready to release the lingering energy of the album and unleash her hunger for the next plate. You might say ‘she’s got that dog in her.’

“‘That’s what the whole album is about — being a dog in the pound,” she says. “I let things come to me the way they were supposed to come to me.”

The Pound is out on all streaming platforms now.