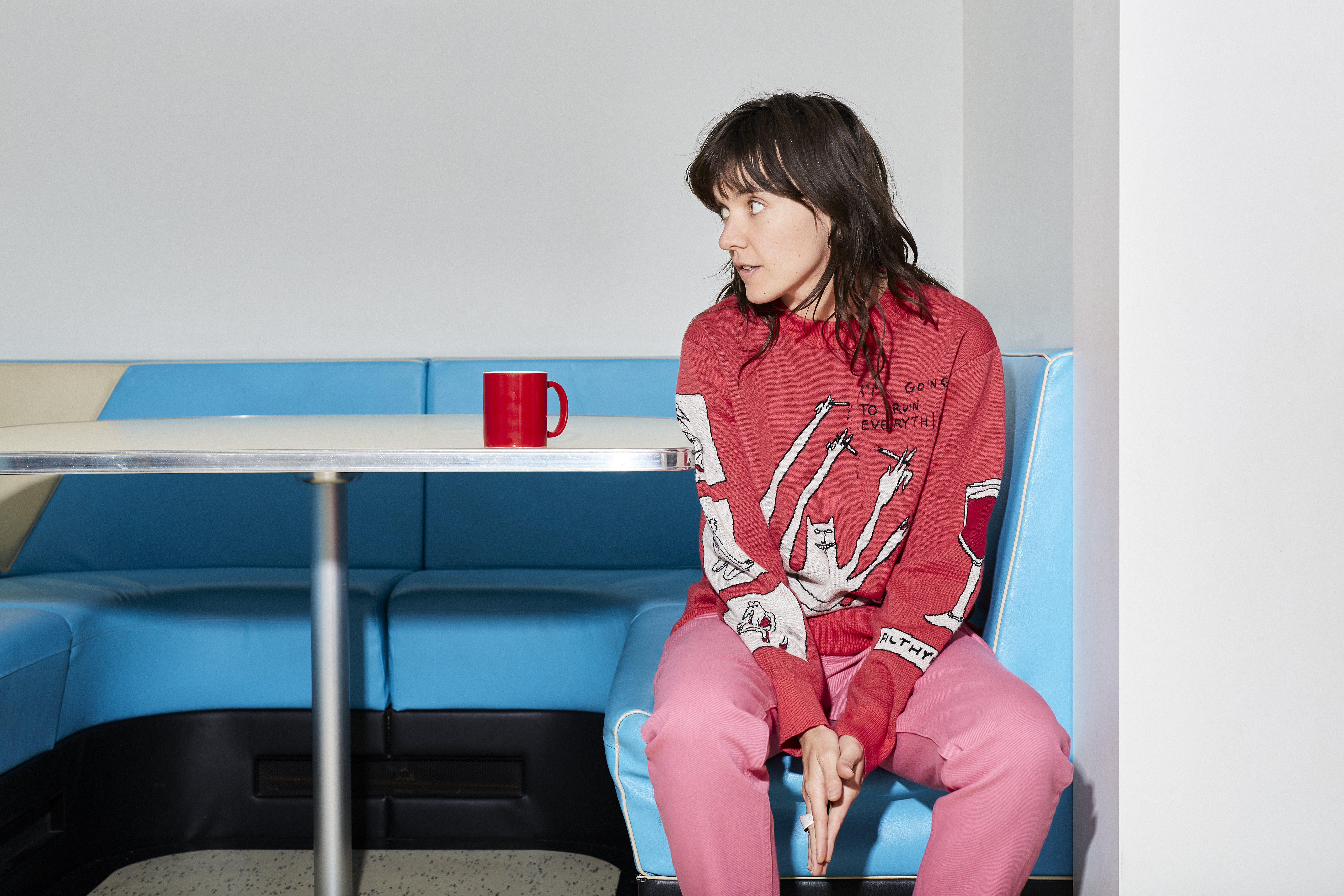 If you’re looking for the concert with the biggest bang-to-buck ratio on the calendar this week, you won’t do much better than the Here and There Festival, descending on Dallas’ the Factory in Deep Ellum Wednesday.

The three-act bill is headlined by Courtney Barnett, who originally conceived of this mini traveling festival after getting an opportunity to curate festivals in 2019 and 2020. The evening also features Wet Leg and Indigo de Souza, a great snapshot of alt-rock circa 2022. (The festival has two more stops after Dallas: Sept. 1 in Austin and Sept. 3 in Denver.)

Additionally, Barnett, through her own Milk! Records imprint, helped assemble Here and There: B-Sides, Live Tracks + Demos, a mixtape of odds and ends from festival participants now available to stream on Bandcamp for three months only. All proceeds from the sales of the digital albums as well as the limited edition run of cassette tapes (1,200 total) will go towards the National Network of Abortion Funds and Advocates for Youth.

To help get you amped, or introduce to any of the acts you might be unfamiliar with, here’s a look at the women taking the stage Wednesday in Deep Ellum.

The Australian singer-songwriter exploded onto the international scene on the strength of her first two albums (2015’s Sometimes I Sit and Think, and Sometimes I Just Sit and 2018’s Tell Me How You Really Feel) returned with another gentle stunner, Things Take Time, Take Time, in 2021. Her simple, direct melodies and arresting vocals are never less than gripping.

One of the year’s bigger breakout acts, this duo from the Isle of Wight (Rhian Teasdale and Hester Chambers) is responsible for one of 2022’s most irresistible albums. The pair’s self-titled debut has won acclaim around the globe, and earned Teasdale and Chambers famous fans like Harry Styles, who’s tapped Wet Leg to open for him in Australia and New Zealand next year. (The band’s name, if you’re wondering, is derived from either an emoji keyboard inspiration or an old Isle of Wight saying.)

North Carolina singer-songwriter Indigo De Souza sings with the kind of unforced intensity that makes you instantly sit up and pay attention. Her 2018 debut LP I Love My Mom earned her accolades, and paved the way for her equally praised 2021 follow-up Any Shape You Take. Her single, “Real Pain,” from last year’s Shape, is as gorgeous as it is harrowing.