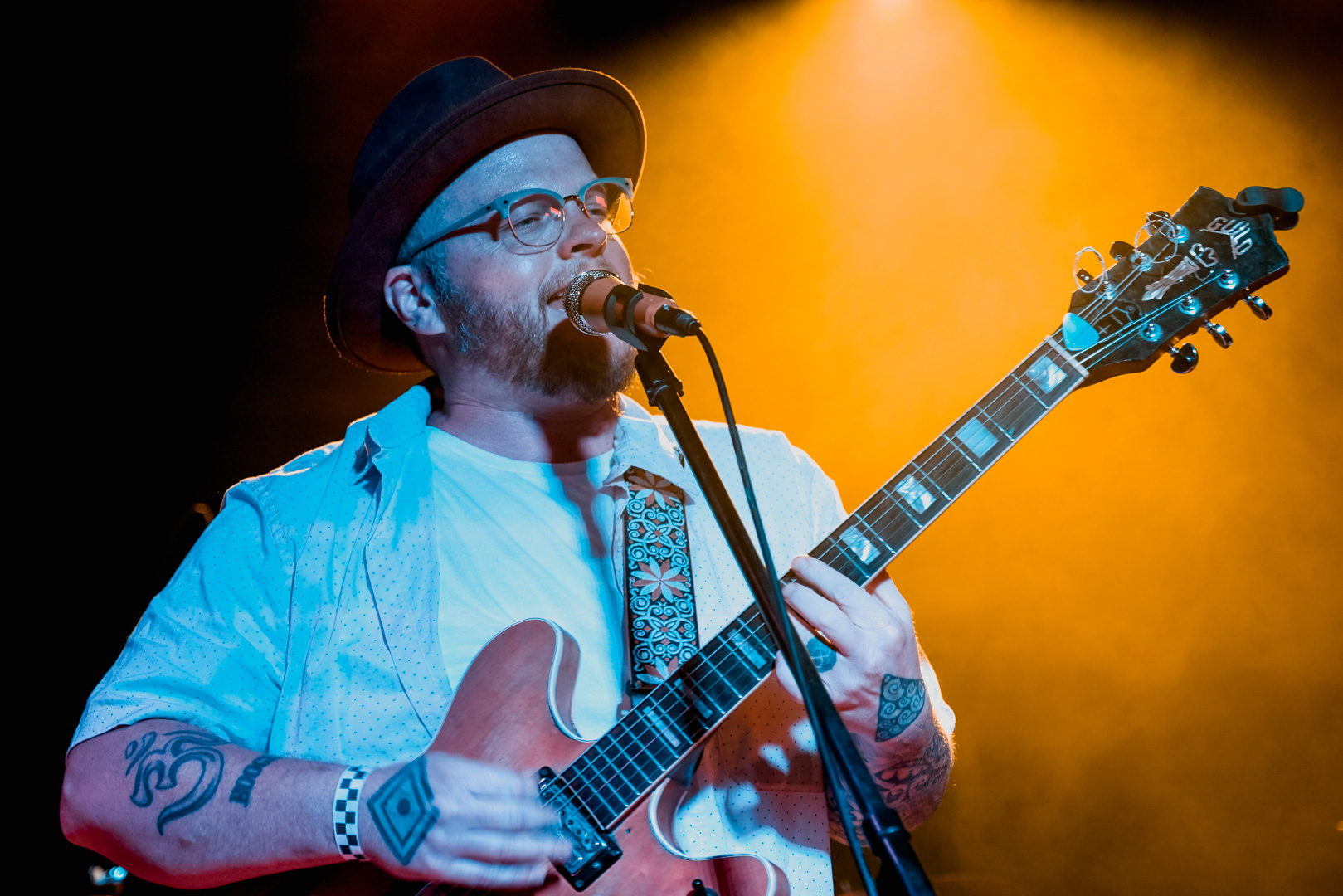 Cas Haley was on a Texas tour over the weekend with Aaron Kamm & The One Drops. Photo: Jessica Waffles

Music is a family affair in the life of Cas Haley, as he’s had his wife and kids on the road with him making music since about 2014. Haley is a North Texas artist out of Paris, TX, whose family unit is a group of creative souls that write, travel and live together at all times. You may recognize him from an On The Road video with KXT during SXSW 2011, where he played a song in the back of a pedicab.

Often co-writing songs with his wife Cassy Haley, they decided to homeschool their children and include them during tours. Their 16-year-old son Even has been the bass player in the band since 2018, and their 12-year-old daughter Nolah plays fiddle on stage for a few songs every set.

“It was from looking at how dysfunctional and unhealthy a touring musician’s life usually is. I was just trying to create a balance,” Haley said. “The kids are a great compass for balance. Like when you look at your kid, and you know they’re struggling and you know this is not a good scenario, it sort of helps define what venues you want to go to, the amount of length you want to tour. Like, what’s really healthy? What’s good for our family? It gave me some perspective.” 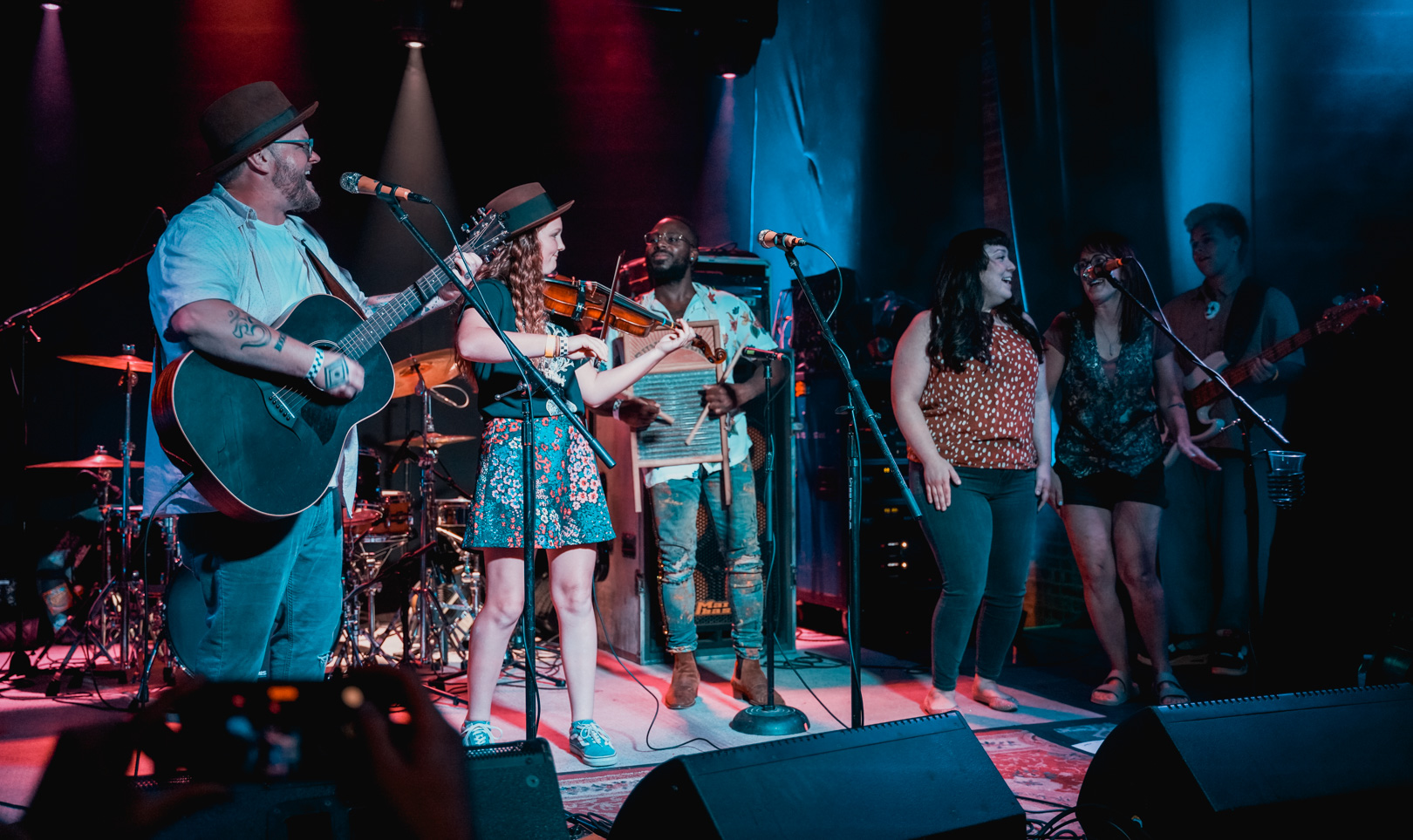 Cas Haley’s music career is all about family. Haley’s children and wife joined him on stage Thursday night at Tulips in Fort Worth. Photo: Jessica Waffles

In 2019, Haley entered into the “Chart Your Course” songwriting competition held by The Lincoln Motor Company. This competition focused on the craftsmanship of songwriting, and facilitating the winning artist’s career. Outranking over 1600 competitors, Haley won the grand prize with his song “Every Road I’m On.”

“In all reality, one of the coolest parts was it was a massive job. It was like a talent contract that you would die to get,” Haley said.  The song competition was like a job interview, and then the job was to film three car commercials. They give you a car and pay you for filming all this stuff. This was a life-changing dream job.”

Lincoln’s whole campaign was centered on people and live music, and people being together in theaters. They filmed Haley in various theaters for the commercials, though soon after is when COVID took over the world and gathering was no longer an option. Unfortunately, the commercials were not able to be aired at the time due to the pandemic. The commercial for the new 2020 Lincoln Corsair that finally did air was very different than what they intended to try to suit the times. 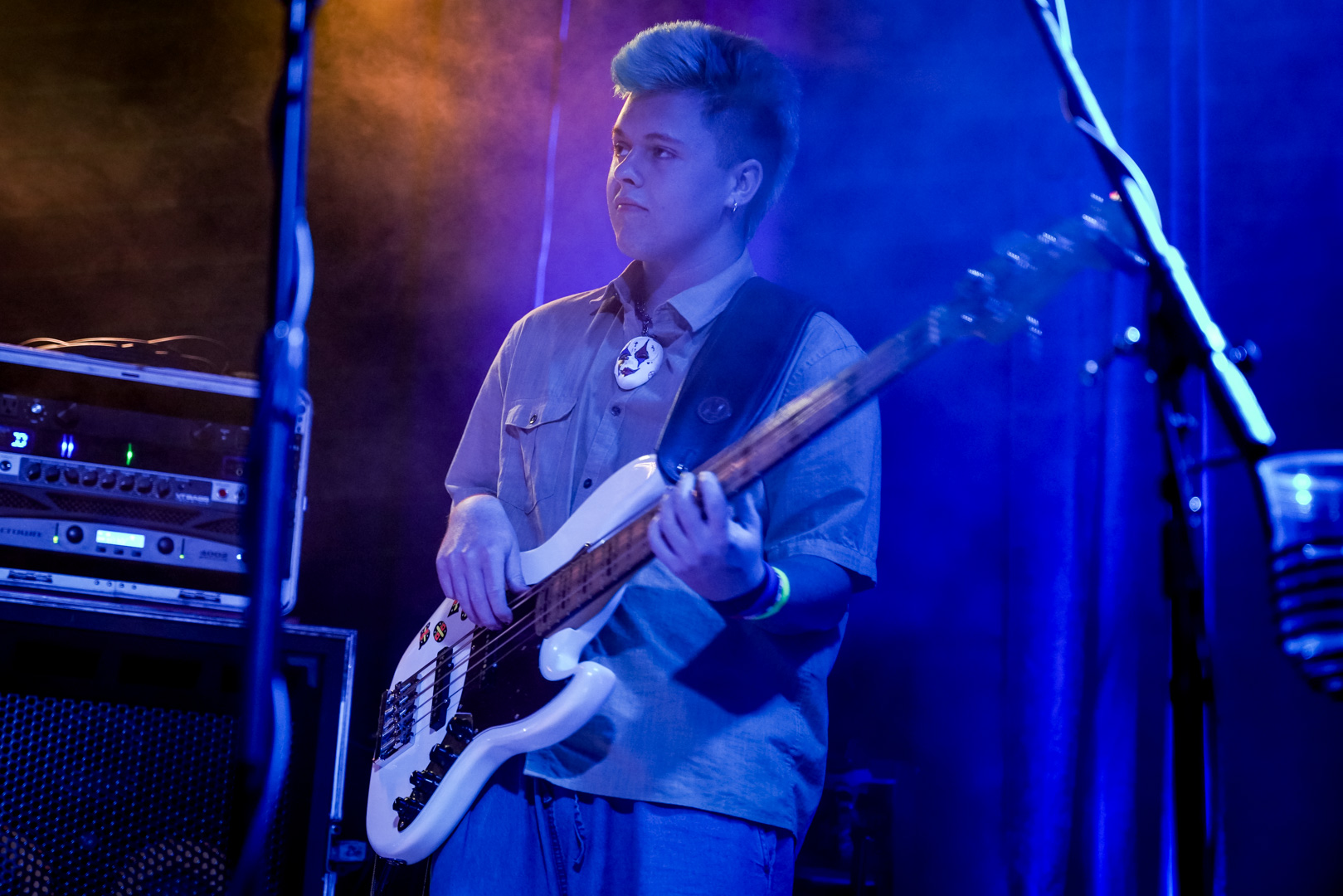 Cas Haley’s 16 year-old son Even Haley has been the principle bass player in his band since 2018. Photo: Jessica Waffles 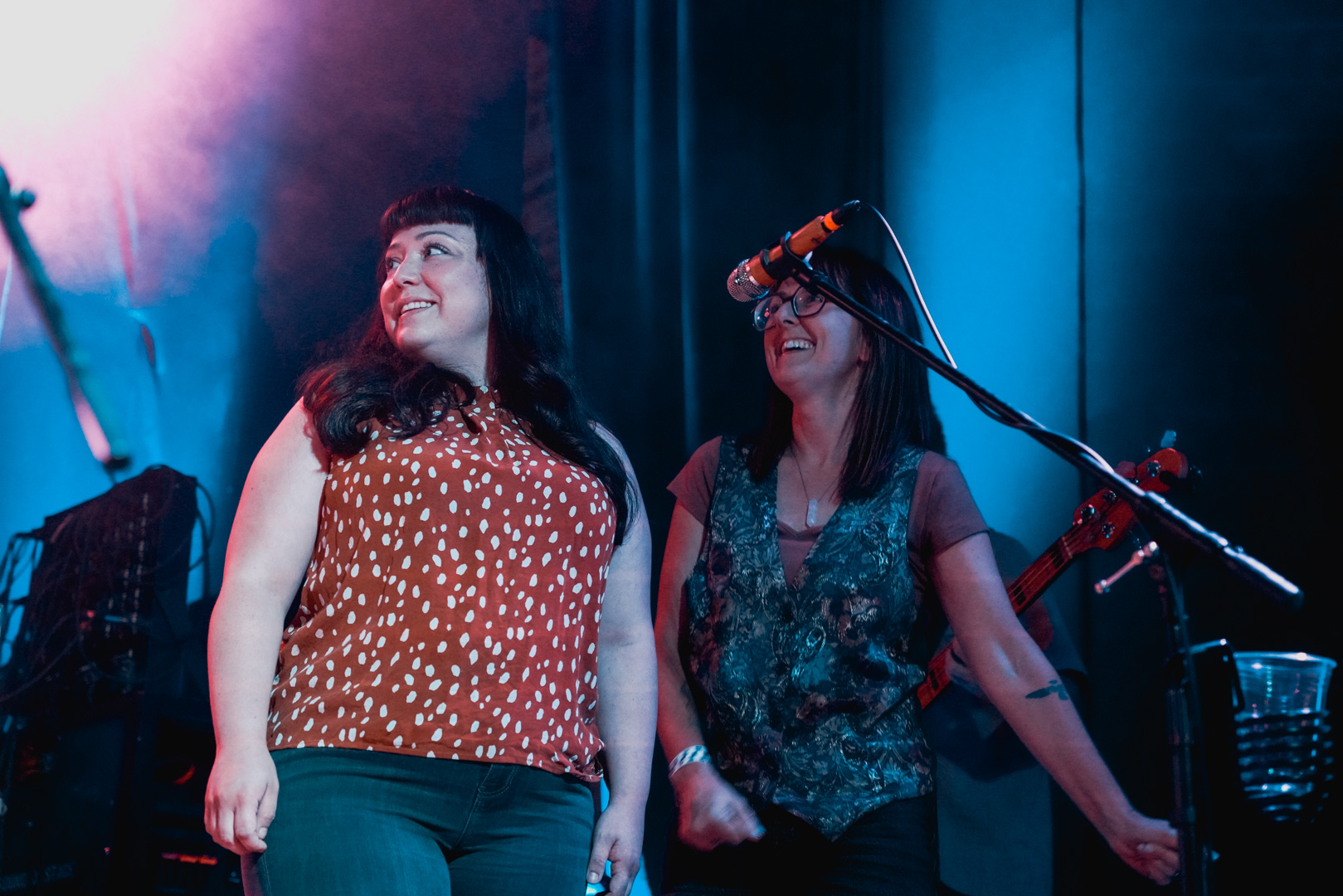 Regina DeBilio and Cassy Haley joined the band on stage to sing on a few songs at Tulips in Fort Worth. Photo: Jessica Waffles

In addition to the commercial deal, Haley got the opportunity to record his winning song “Every Road I’m On” at Capital Studios in Hollywood, CA. Legendary music producer Al Schmitt (who passed away in 2021) and Darrell Brown produced the song, with Jon Batiste mentoring Haley throughout the recording process. Schmitt won over 20 Grammys in his career, including music he created with Paul McCartney and Steely Dan.

Batiste was also the main mentor and face of the competition, as he was involved with judging and sitting down with the finalists during the process. “[Batiste] is such a powerhouse, soulful, friendly man,”Haley said. “He’s as real as it gets.”

“Besides all the hype of going around to Capital Studios and being around people that are famous and whatever, the most impactful thing was the money we made from the whole deal,” Haley said. 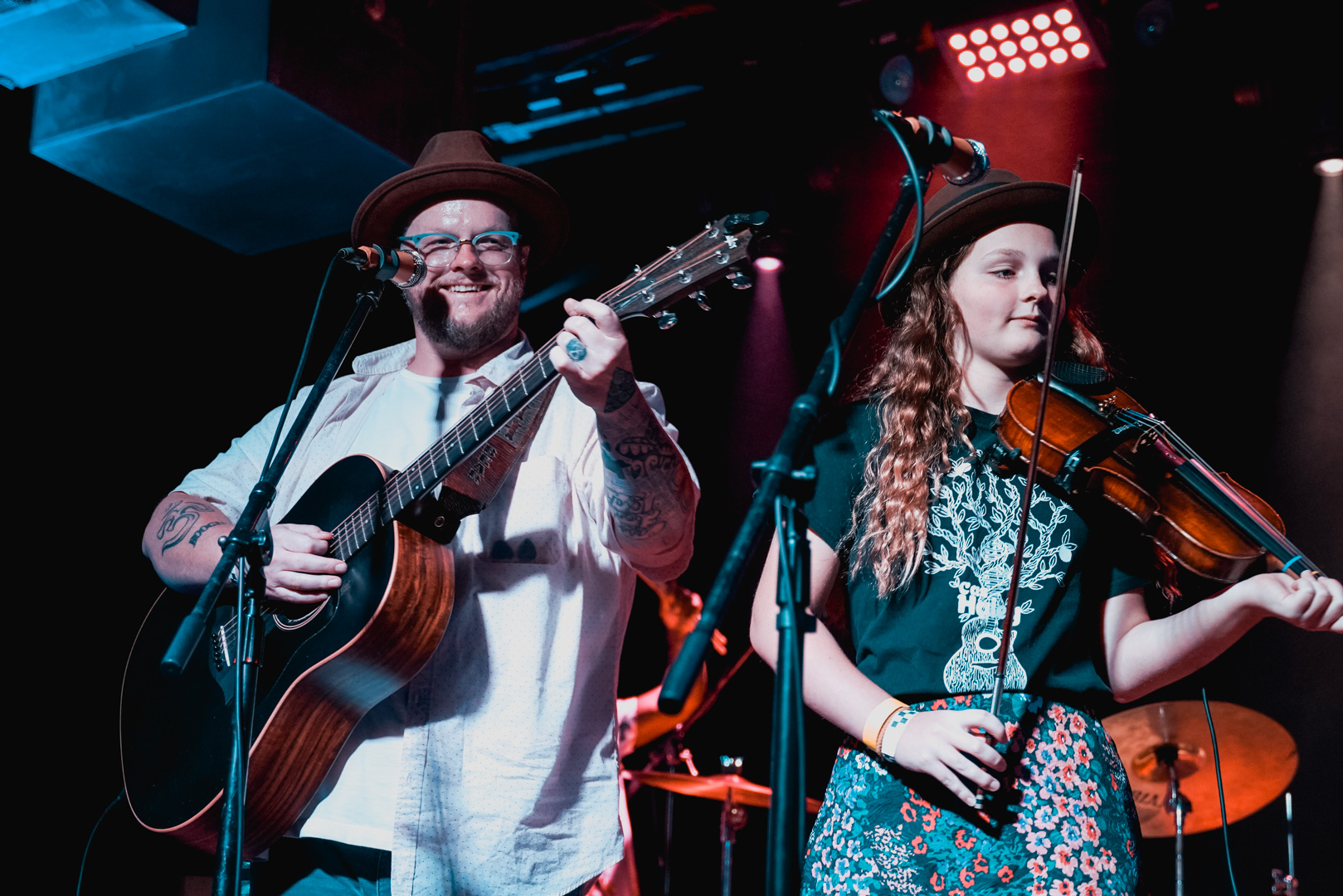 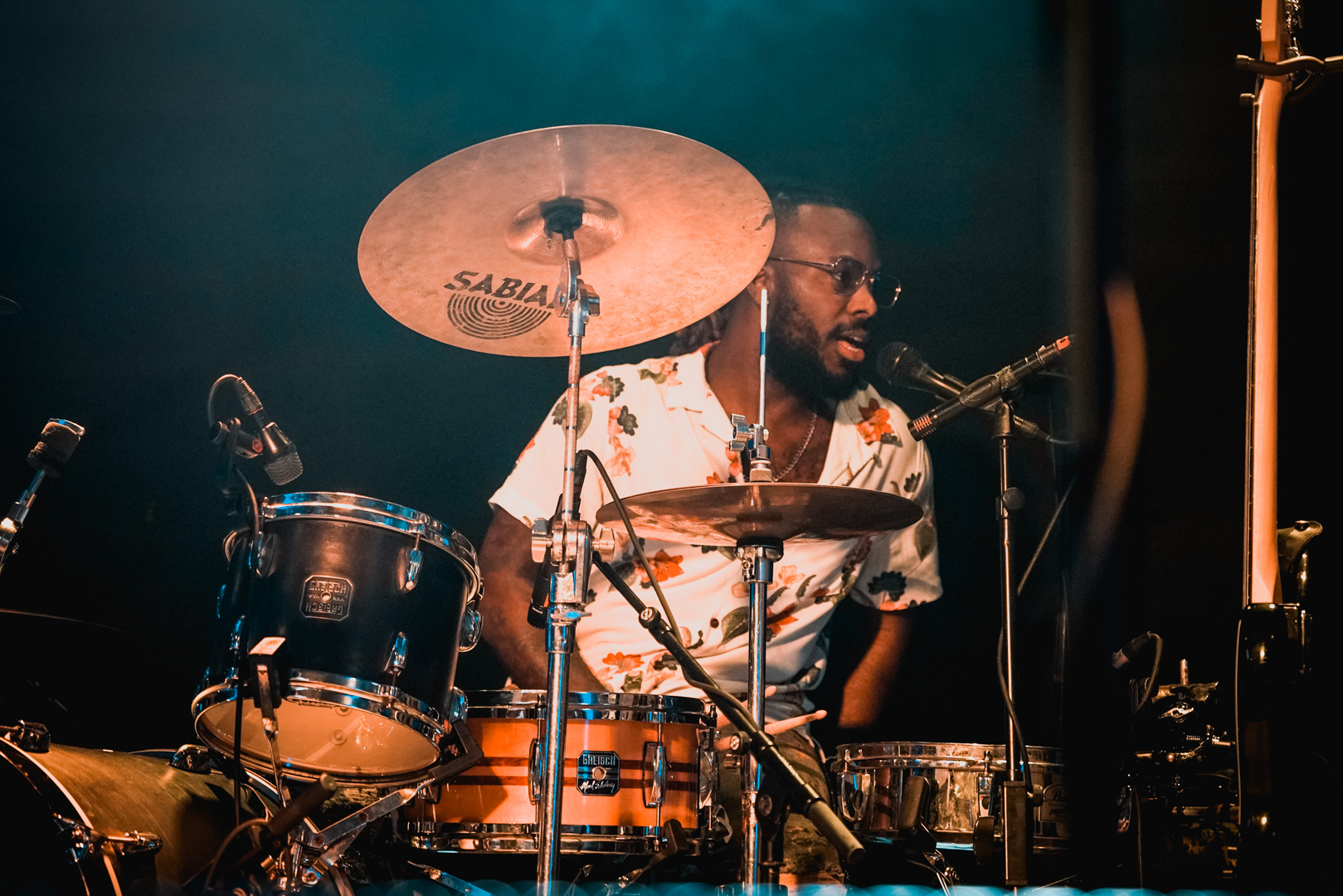 Haley was able to invest the money he made from the competition into his recording studio Big Hope Farm at his home in Paris, TX.

His 2021 album All The Right People was recorded at Big Hope Farm, which was the recording debut of his daughter Nolah – singing and playing fiddle after just three months of learning.

“I love all those songs. Me and Cassy co-wrote the record together, and it’s super special for our relationship. My favorite off that record is ‘Long Shadow,'” Haley said. “The reason I love this song is it’s more of a traditional  kind of southern tune that has a little bit of a gospel element to it. It’s a song about being able to be present enough to recognize beauty wherever you find it. It was about long shadows; and when do you see long shadows? At sunrises and sunsets, when the sun is low and there’s all of these shadows and colors. It’s simple, but it’s one of my favorites.” 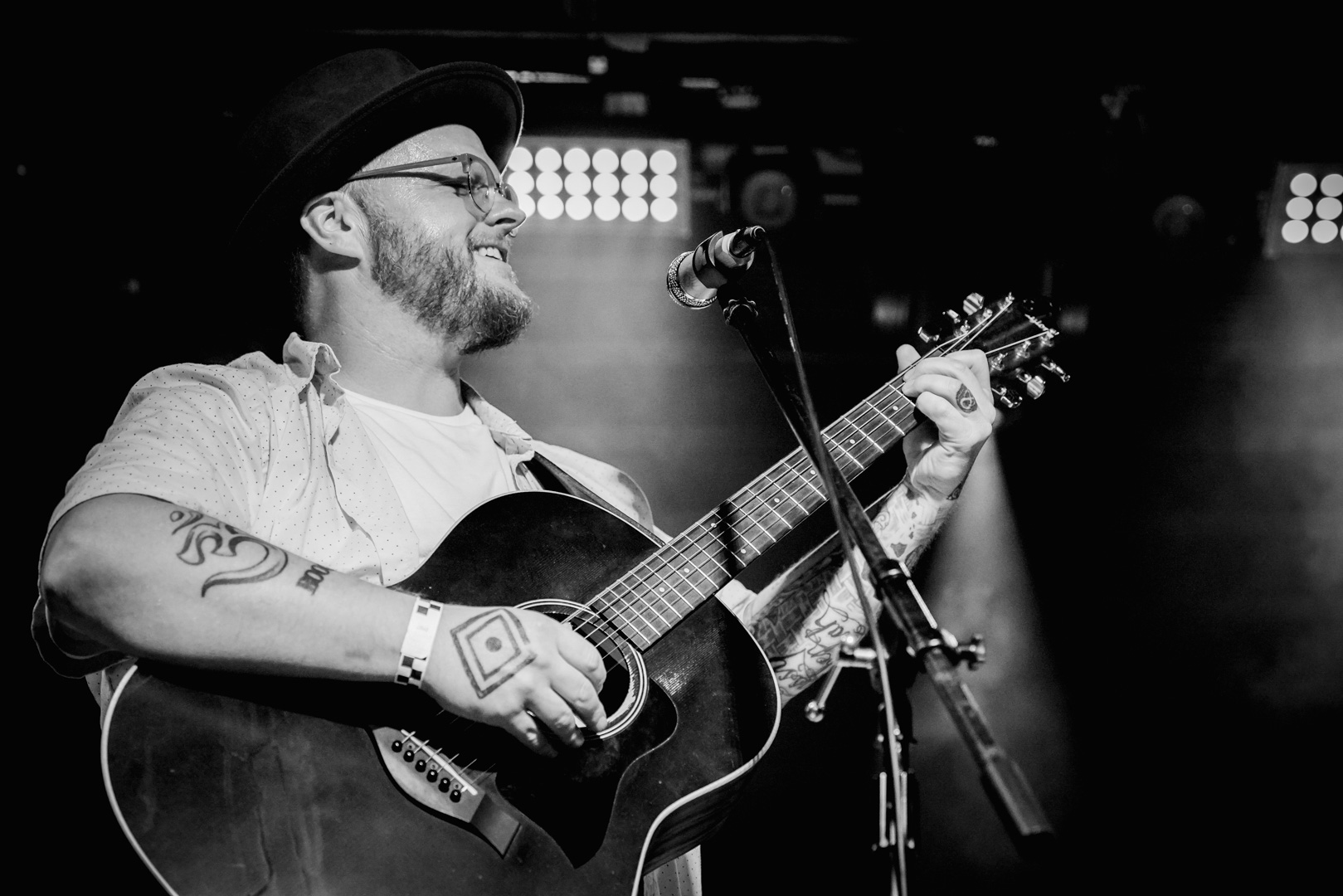 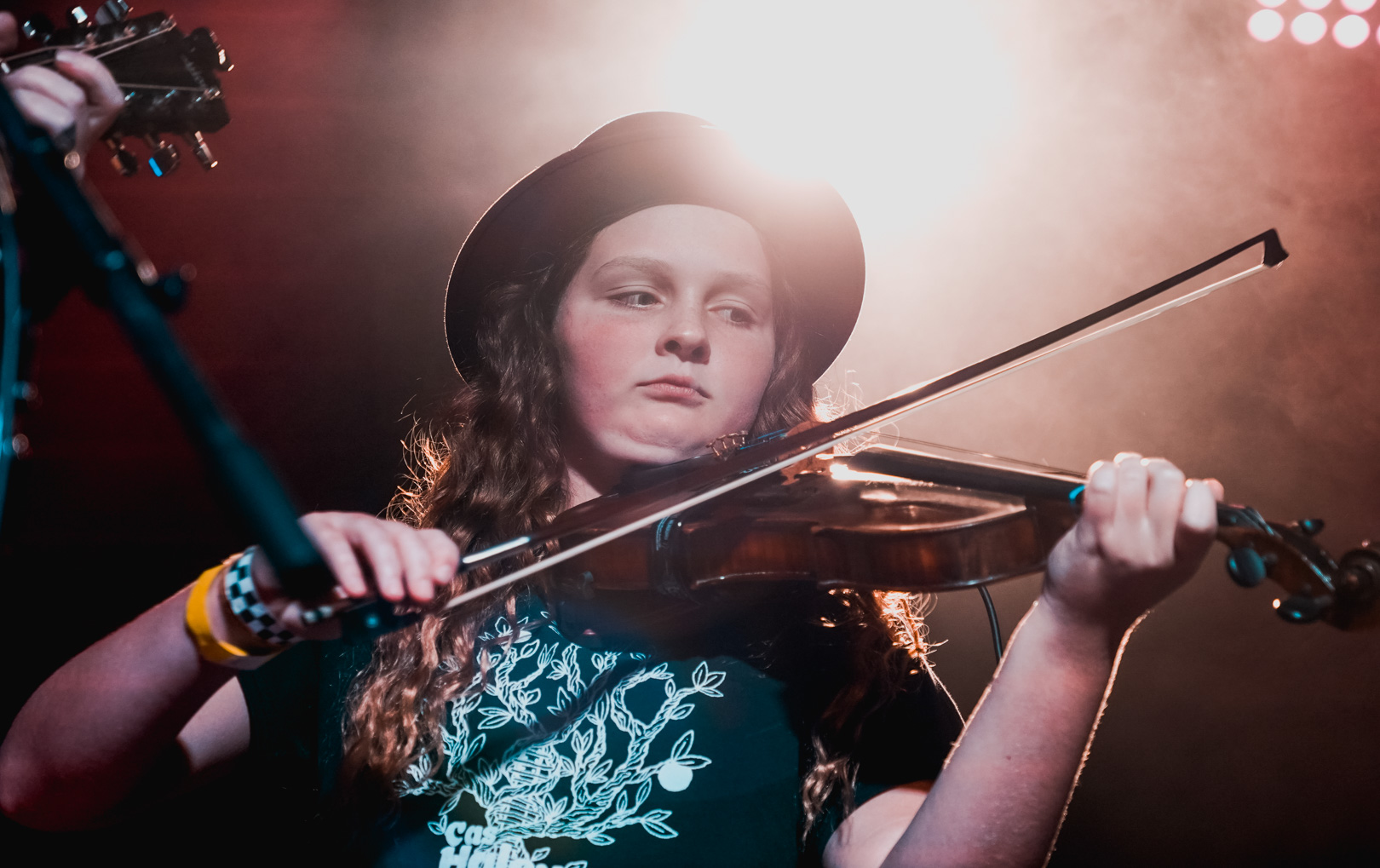 Haley is currently working on a new album at Big Hope Farms, which will feature covers of his favorite Americana and Southern rock tunes transformed into reggae style.

“I never considered myself a cover artist, and was sort of insecure about it because I always had some fair popularity with doing covers compared to my original music,” Haley said. “But this is really fun and I’ve always wanted to do this idea. It’s a real sort of relaxing experience because there’s not a lot of pressure on the songs and my emotional attachment to it, and it being my story or being overly-involved in that kind of project. It’s a chance for me to just have fun and get involved in the producing of these already great tunes, and just recording them.”

Haley plans to produce the album himself, which will include musicians from all around the world featured on the album. He plans to have a crew come in from Hawaii as well as friends from all over the reggae scene.

“I’ve always been a self-producer kinda guy. Pretty much everything I do,” Haley said. “From fixing the sink to making an album. I’m not calling a plumber.” 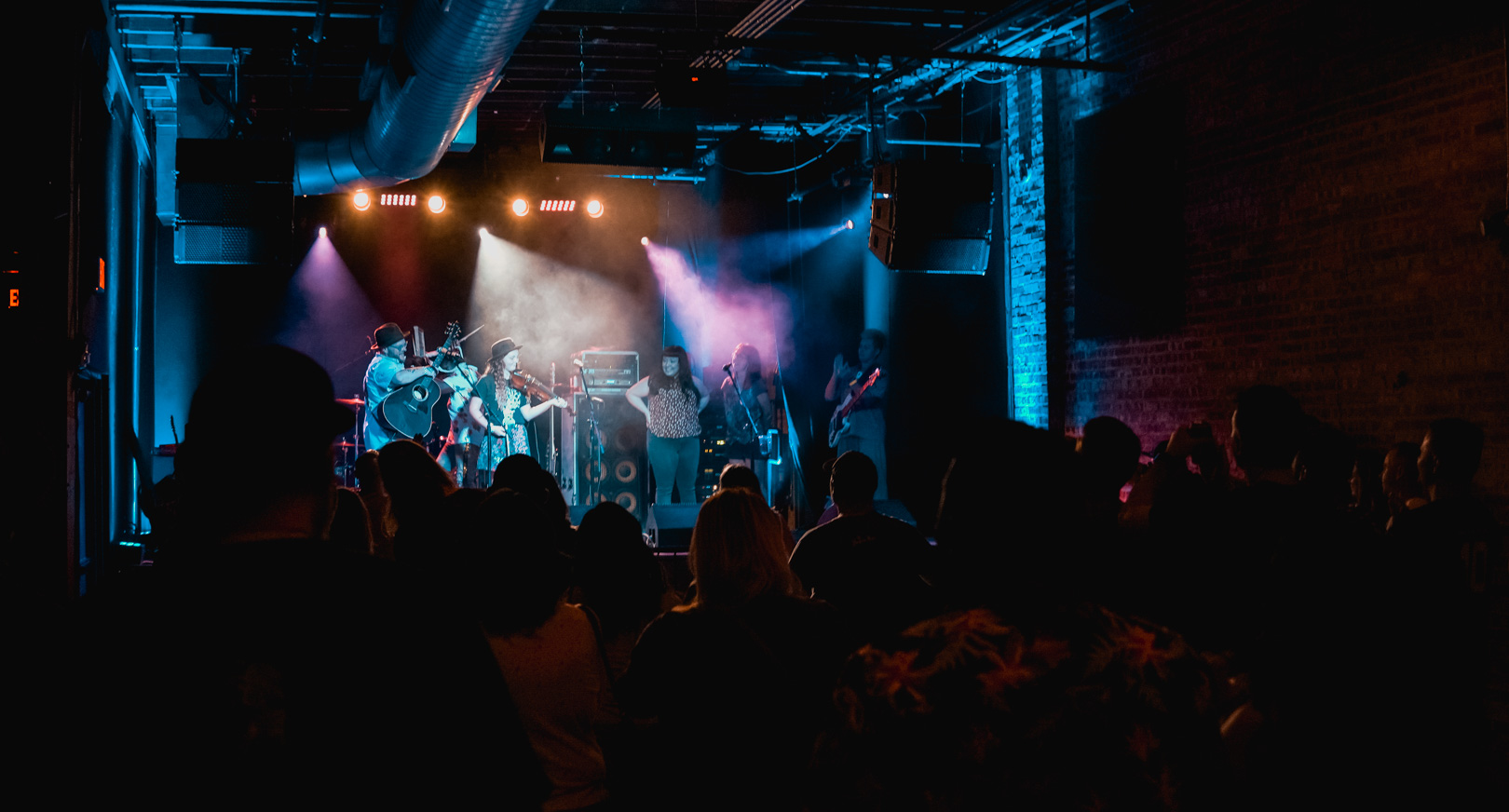 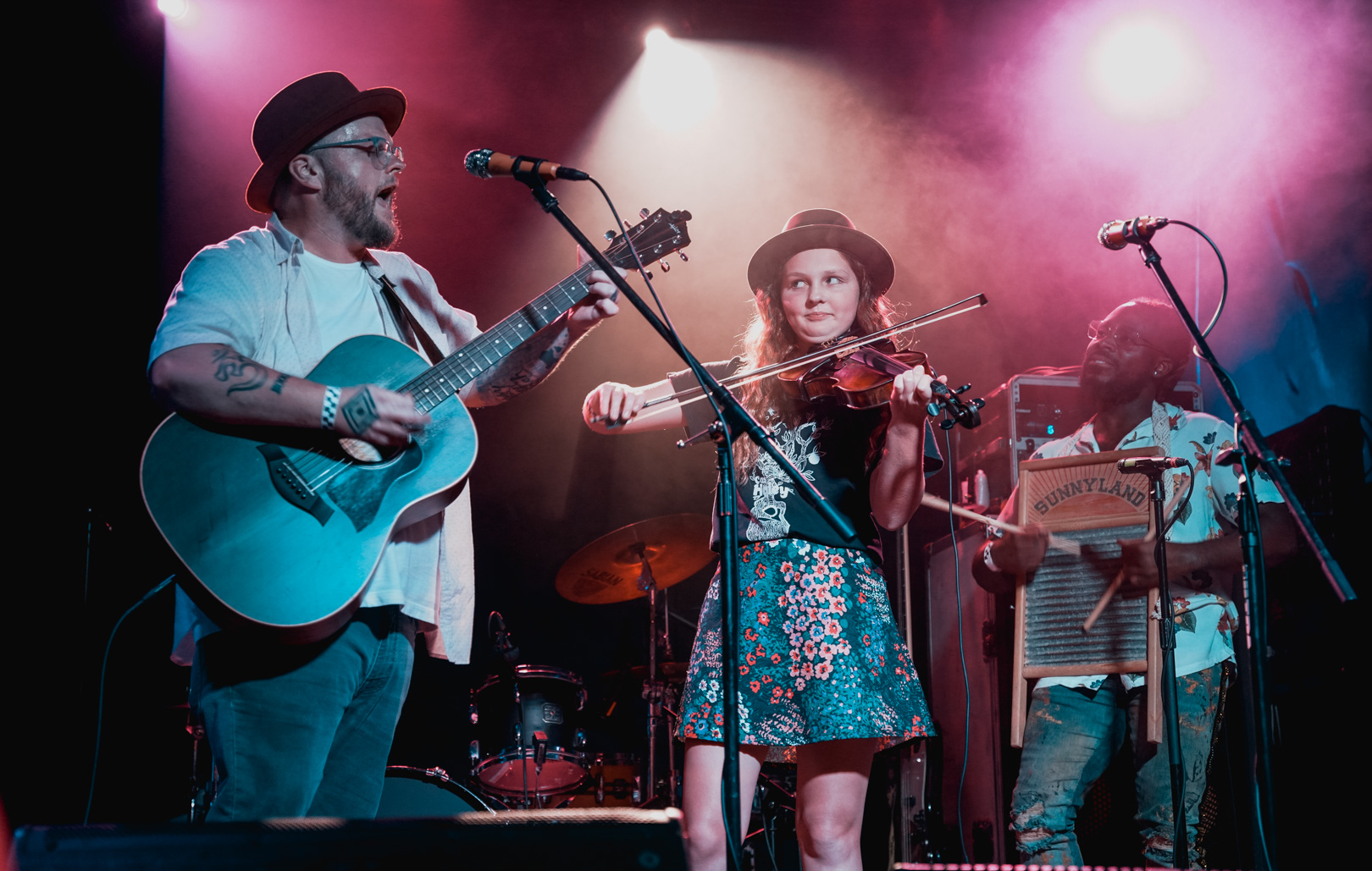 Musicians on the album will include Jamaican Dallasite Drae Wilson on drums, Adam Pickrell on keyboard and Even Haley on bass. They plan to release the first single by the end of Summer, and a few more singles before the the potential full album release by Spring 2023.

“Another thing that inspires me to do this is that I grew up in Paris, TX. A lot of my family are rural and what I’ve done over the last 15 to 20 years, a lot of this stuff goes over their head. They say, ‘Well that sounds like vacation music,’ because I play some reggae stuff,” Haley said. “They don’t identify with it culturally, or with themselves. A lot of the time it doesn’t hit their heart in the same kind of way. And so doing this record is a little bit of a hand-out to show the similarity and to bring my local people into the beauty of this kind of music.” 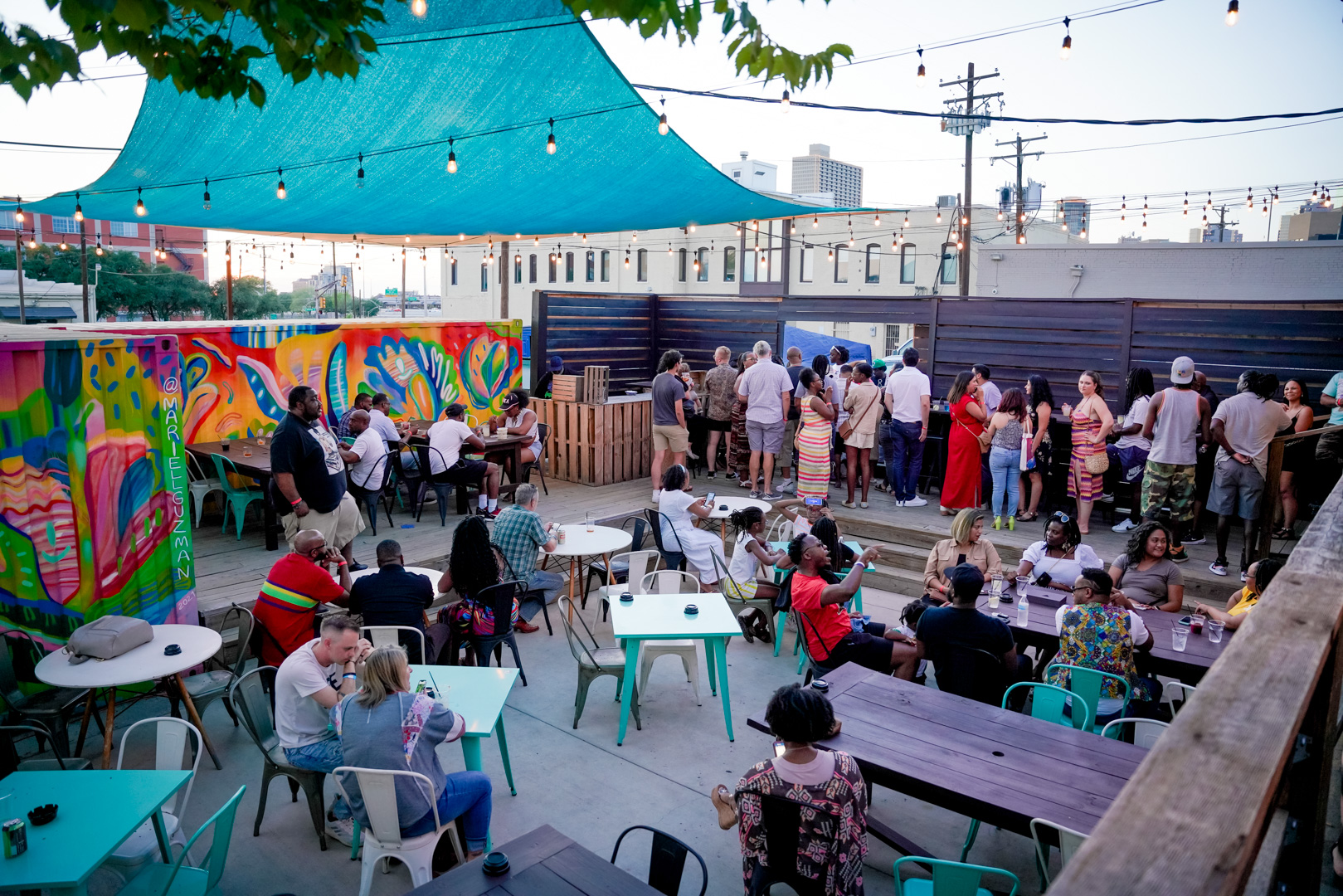 Outside on the Tulips FTW patio, the BBQ line wrapped all the way around the side wall full of hungry attendees. Photo: Jessica Waffles 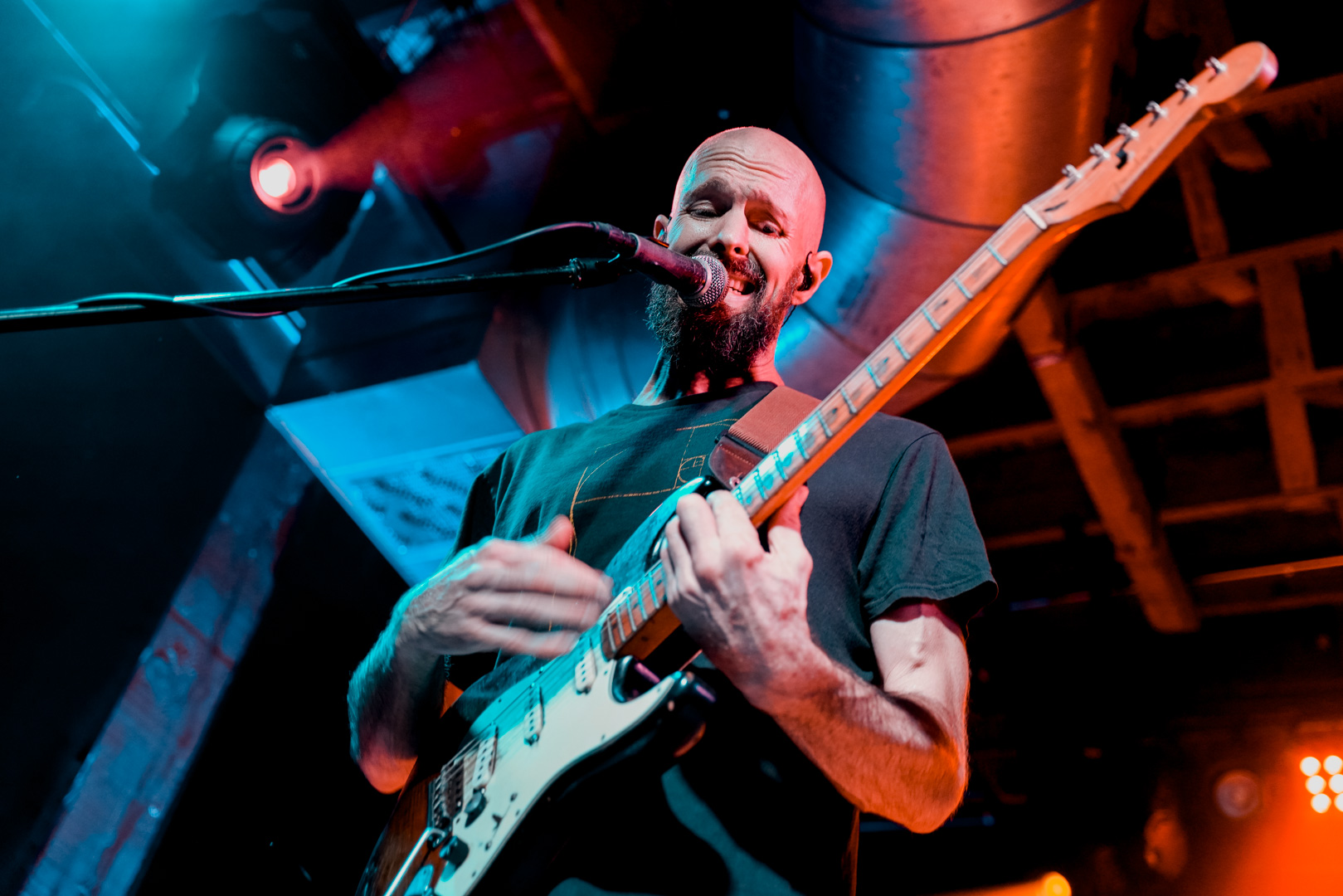 Aaron Kamm and the One Drops are known for their merging of roots reggae, Mississippi river blues, improv-laced jams and soulful vocals. Photo: Jessica Waffles

Haley performed at Tulips in Fort Worth last weekend with Aaron Kamm and the One Drops, with local opener Darrin Kobetich. Kamm and Haley have known each other for over 15 years, and their styles complemented each other during the event.

Hailing from St. Louis, MO, Aaron Kamm and the One Drops merge flavors of roots reggae, Mississippi river blues, improv-laced jams, and soulful vocals. The crowd danced all night, sang along to songs, and reverberated positive energy back to the stage.

Kamm will continue his tour in the coming months, going through Illinois, Missouri and Wisconsin. 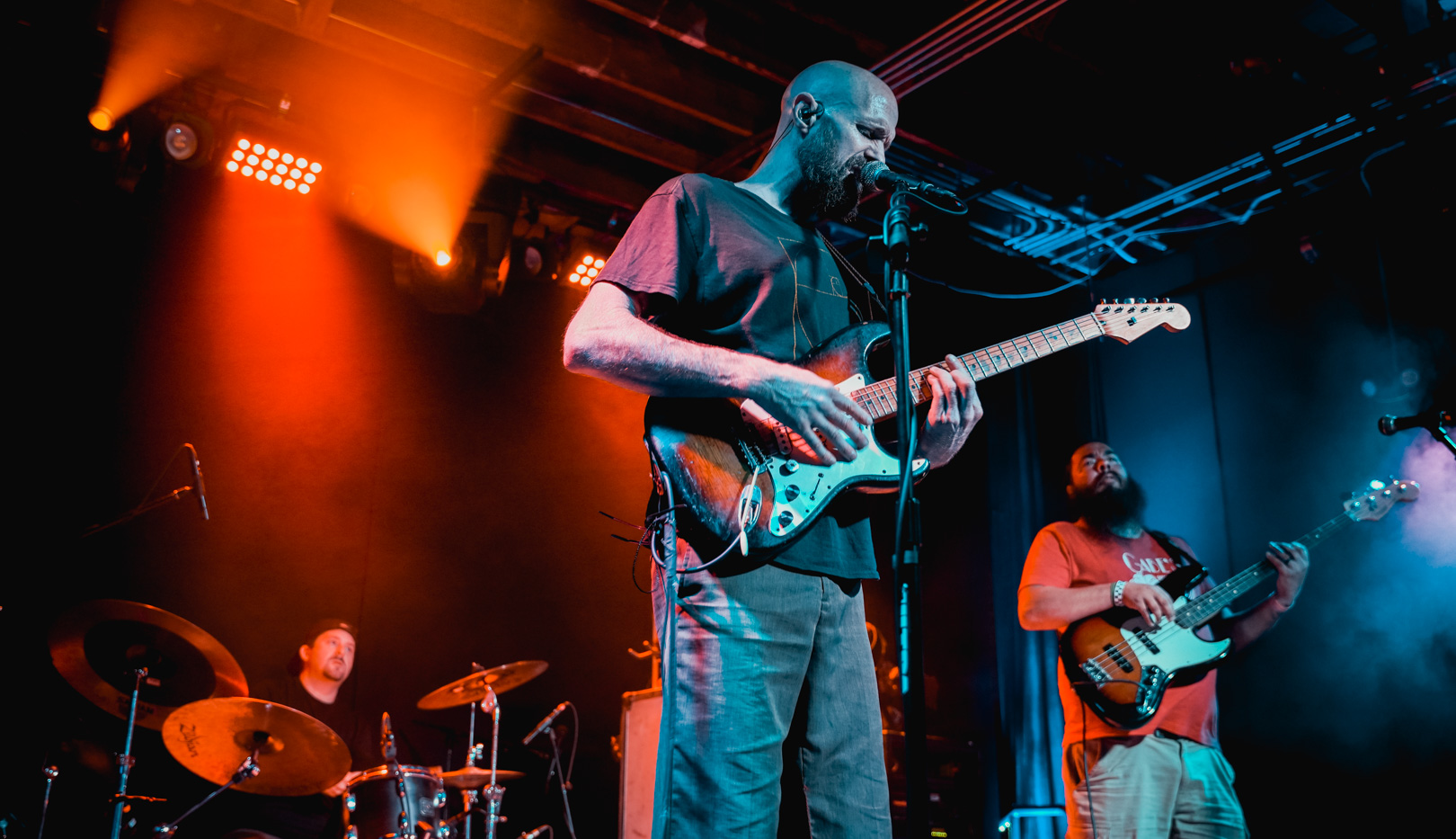 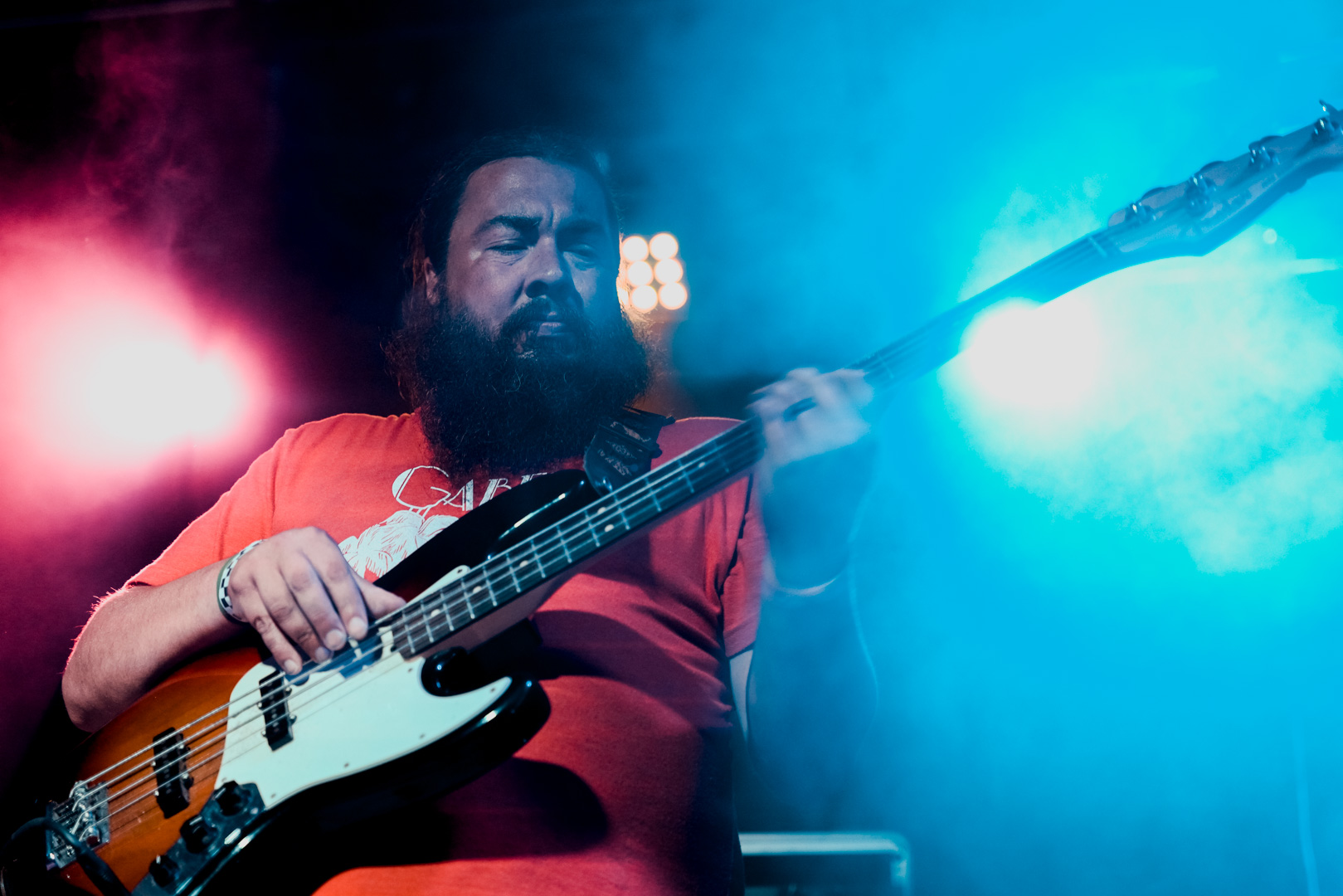 Aaron Kamm & the One Drops are on tour this Summer through Texas, Missouri, Illinois and Wisconsin. Photo: Jessica Waffles 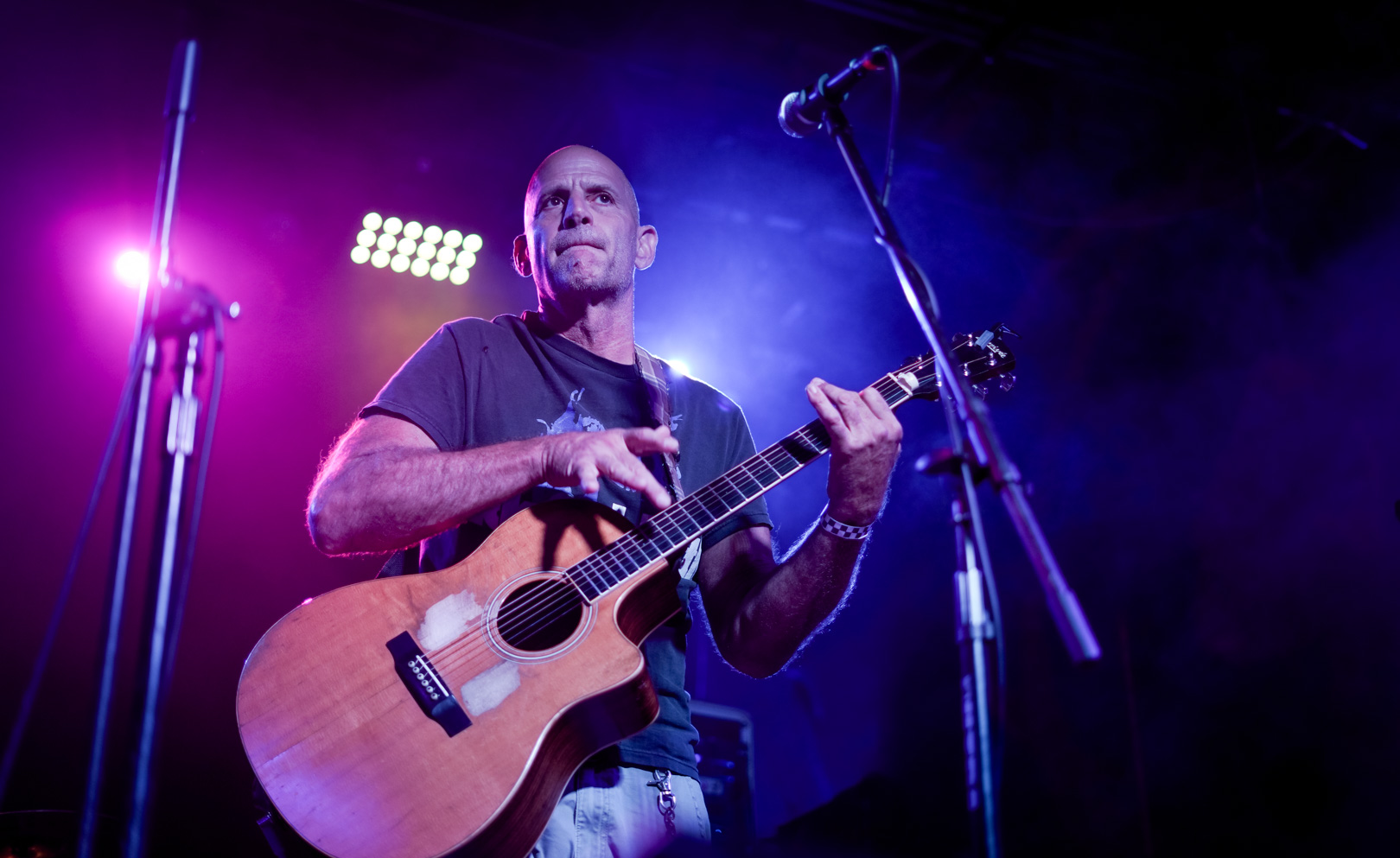 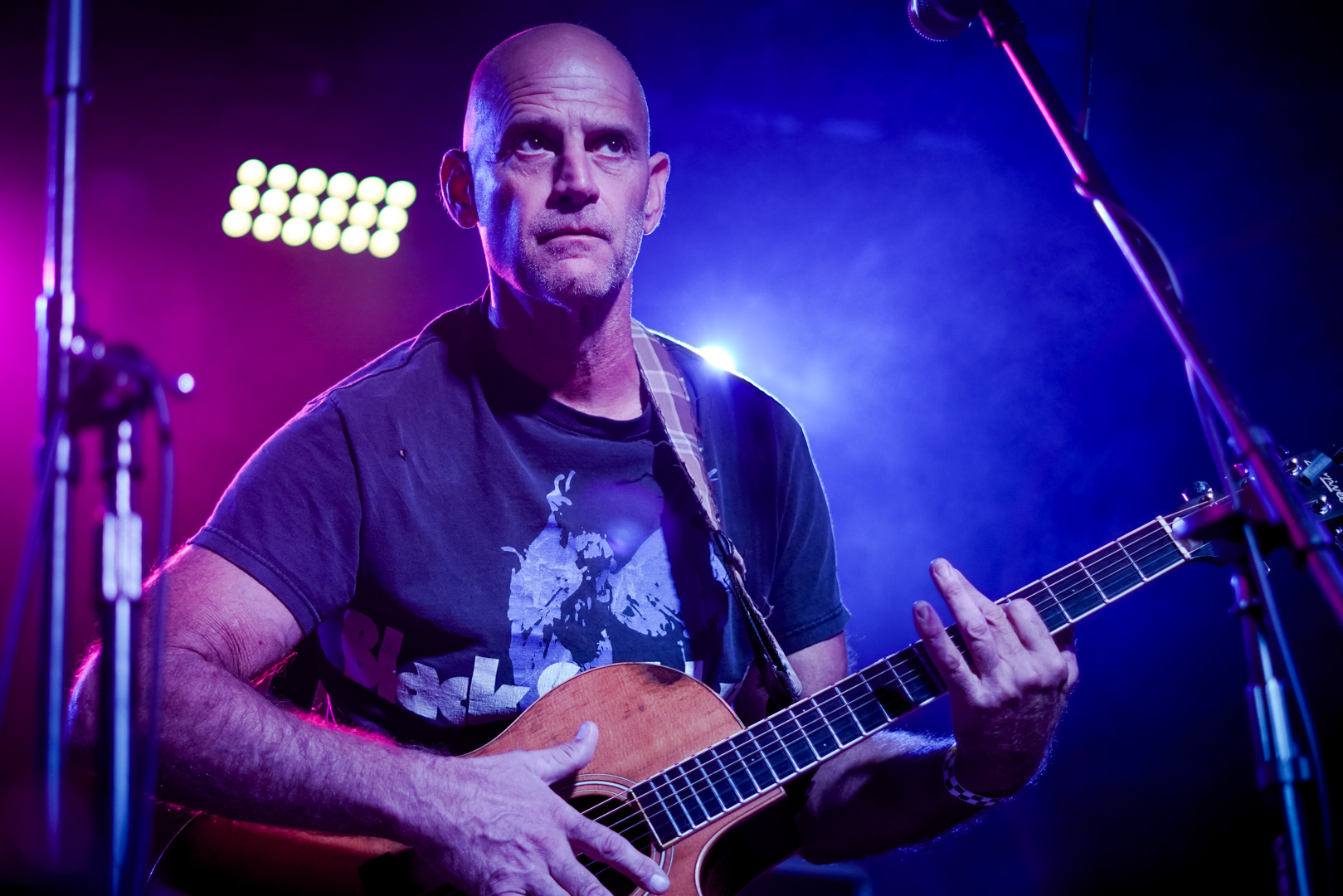