YOUNGTONES is the brainchild of Fort Worth native singer-songwriter Luke Wade and producer Matt Young. It serendipitously came together during SXSW in 2017. Indaba Music (which was acquired by Splice in 2018) got musicians together at the conference in Austin to write hooks for a producer library that could eventually be used as samples.

“Whenever you get to a certain age, you don’t usually make good new friends,” Wade said “But something sparked and when we started writing together, everything felt natural. We basically wrote a whole song in an hour.” 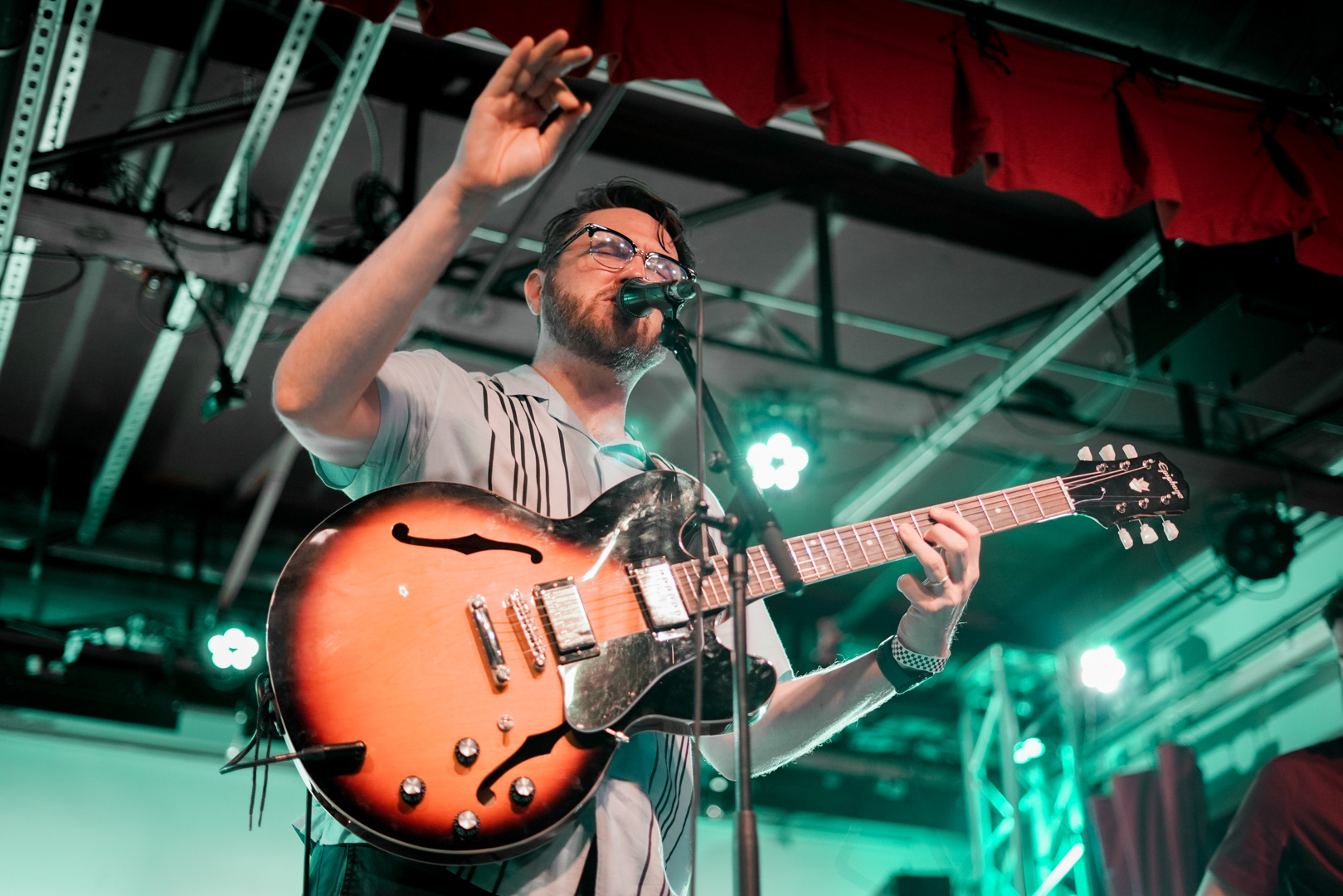 Fort Worth native Luke Wade is the leader of YOUNGTONES. Photo: Jessica Waffles 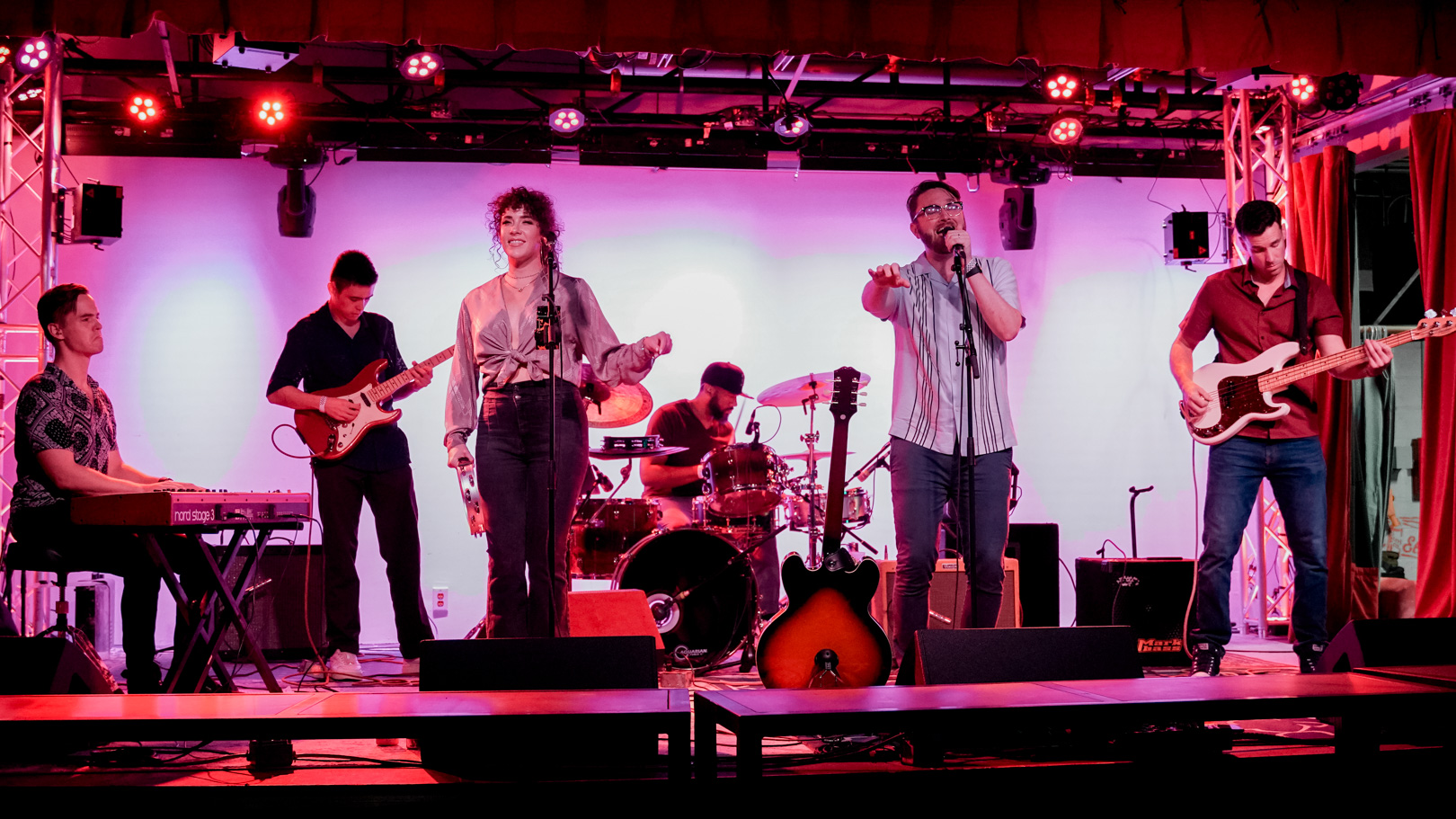 That small spark turned into a soul song-writing fire between Wade and Young, leading to multiple recording sessions between Los Angeles and New York, the current home bases of each artist (respectively).

“In that first session in LA after SXSW, within two to three hours we wrote and fully demoed our first song that would become part of the project YOUNGTONES,” Wade said. “The song is called ‘Try Try Try.'” 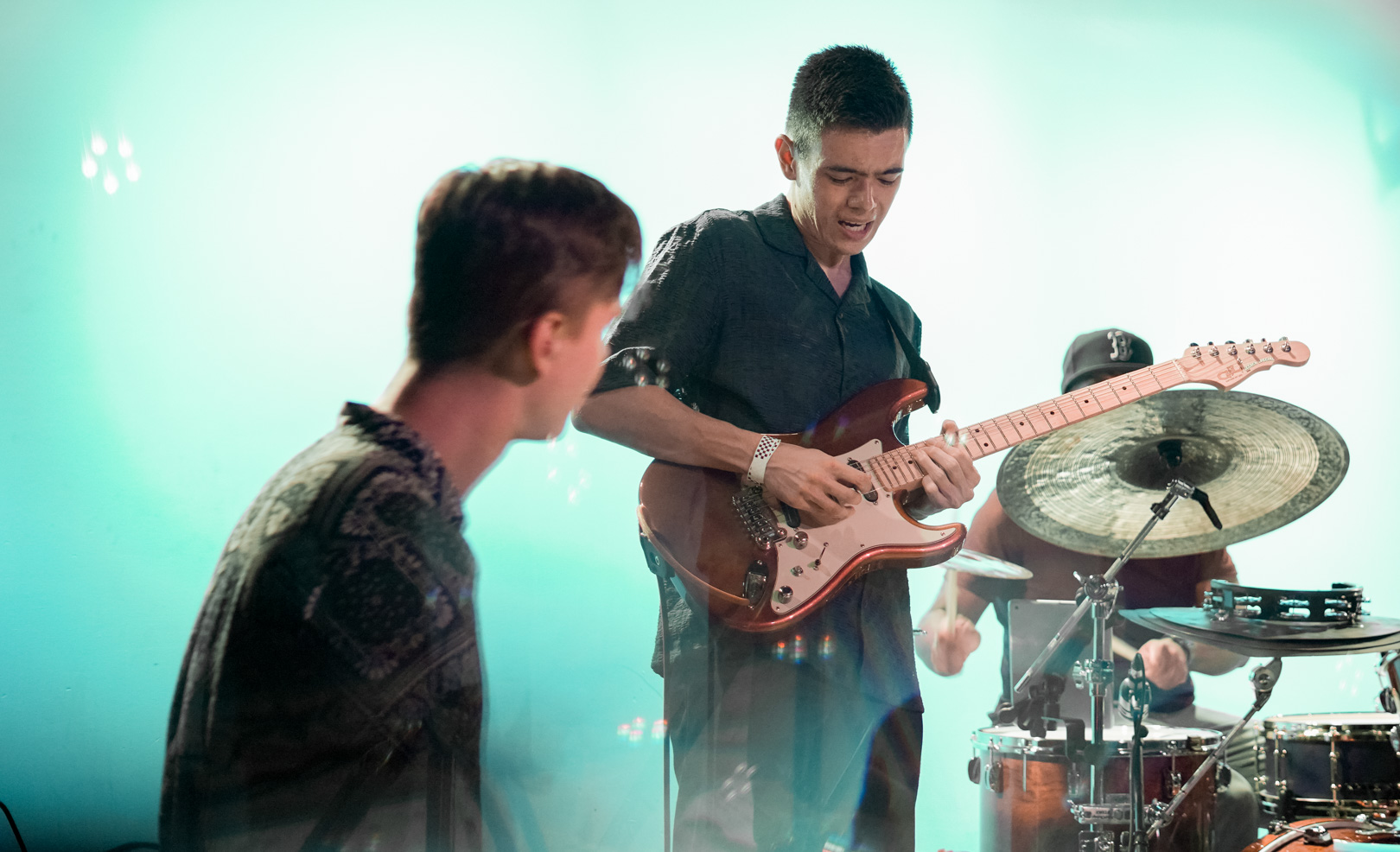 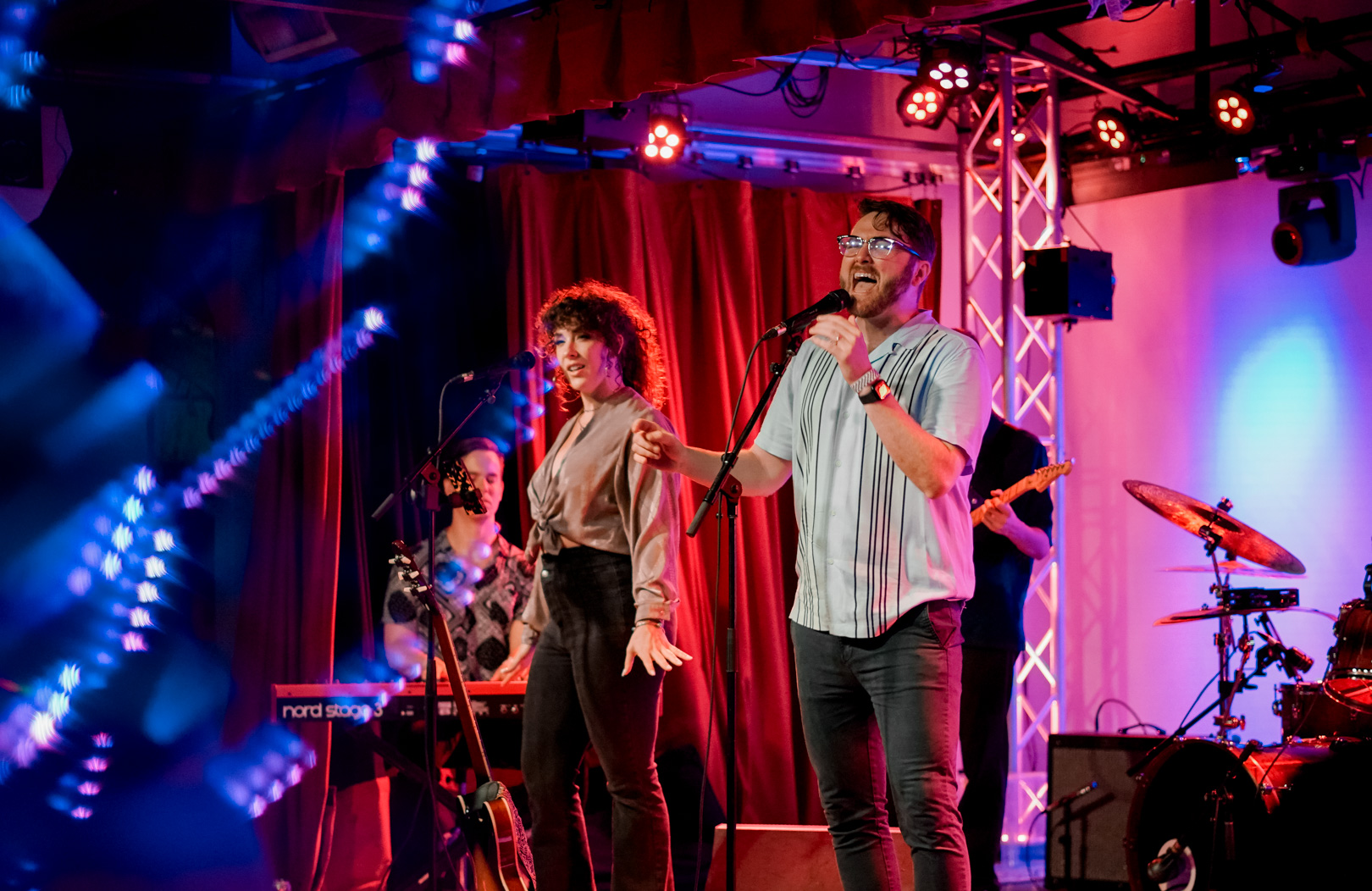 All 14 songs on the YOUNGTONES 2022 debut self-titled album were written in sessions during 2017 – 2018, with Wade and Young flying to each other on the opposite sides of the country to lock down writing and production. They were set to release the album in 2020, until the COVID-19 pandemic halted those plans.

“Matt had two kids in the process of everything, and I realized he wasn’t going to be able to be part of it,” Wade said. “I had to take it and becomeYOUNGTONES and make it real.”

Although Young still participates in the writing process, he isn’t able to travel on tour or be more involved.

“He’s a genius producer,” Wade said of Young. “I play a lot of guitar and write most of the lyrics, but in terms of the sonic landscapes, that’s all Matt.” 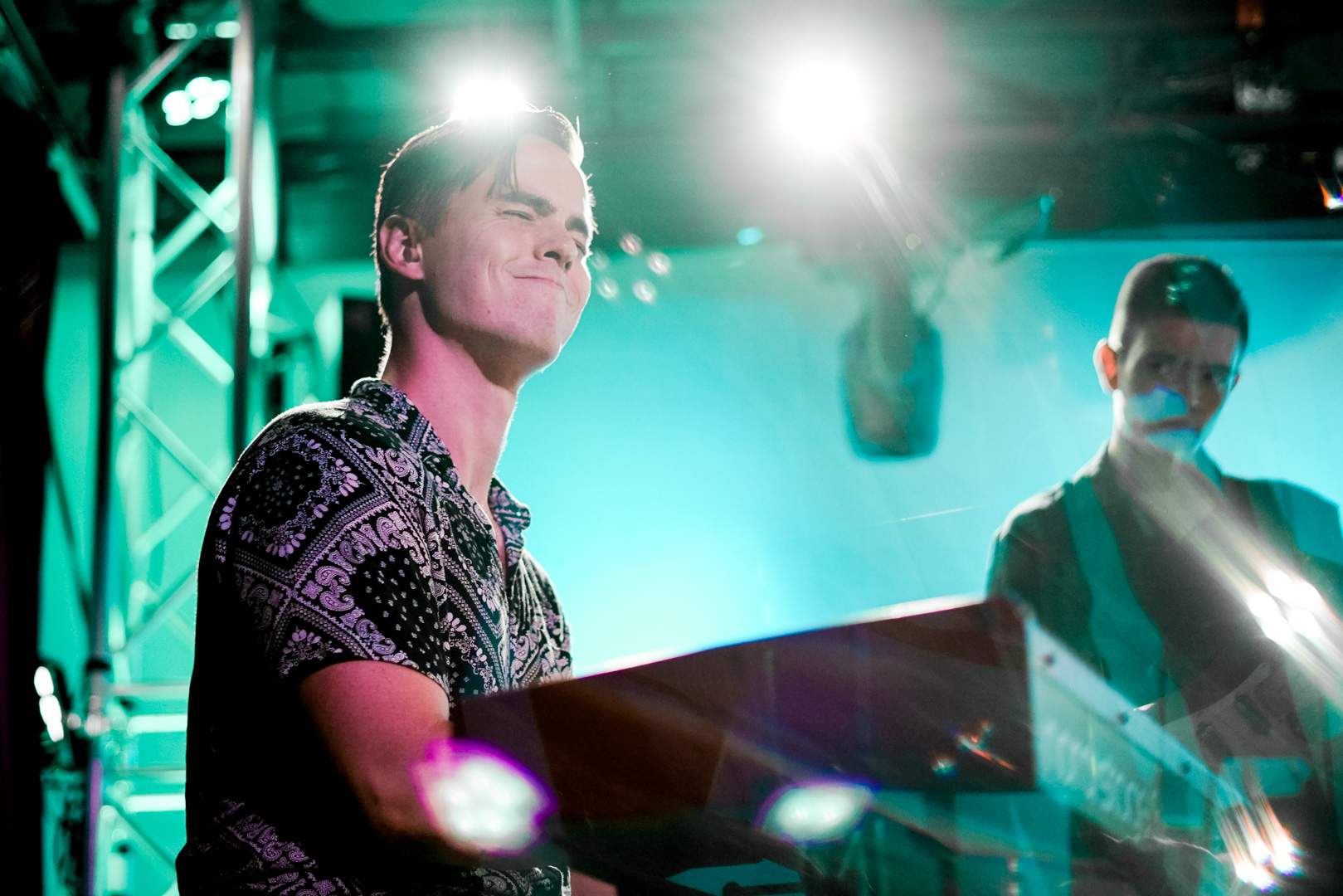 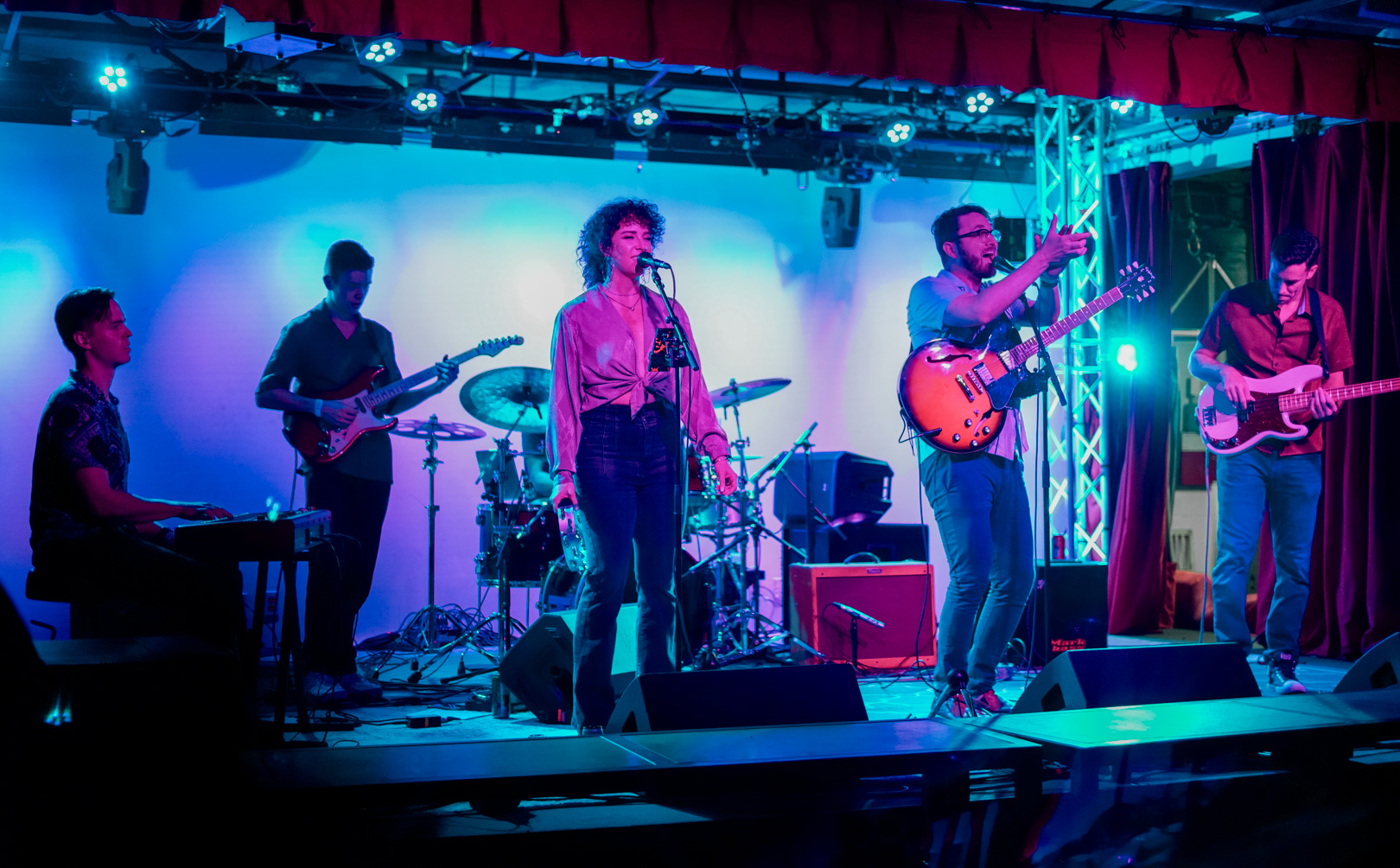 Many fans in the crowd sang along to their favorite YOUNGTONES tunes. Photo: Jessica Waffles

There is a second YOUNGTONES album in the works right now, with high hopes of finishing it off by the end of the year. If all goes well, there should be release announcements by 2023.

Although new, their Spotify has already garnered over 57,000 monthly listeners, with their song “Losers” leading the pack with over 1 million plays.

The latest music release is a live EP recorded at 64 Sound in Los Angeles, which is accompanied by a string of one-take videos on YOUNGTONES’ Youtube channel. The “Losers” video in their series has over 100,000 views. 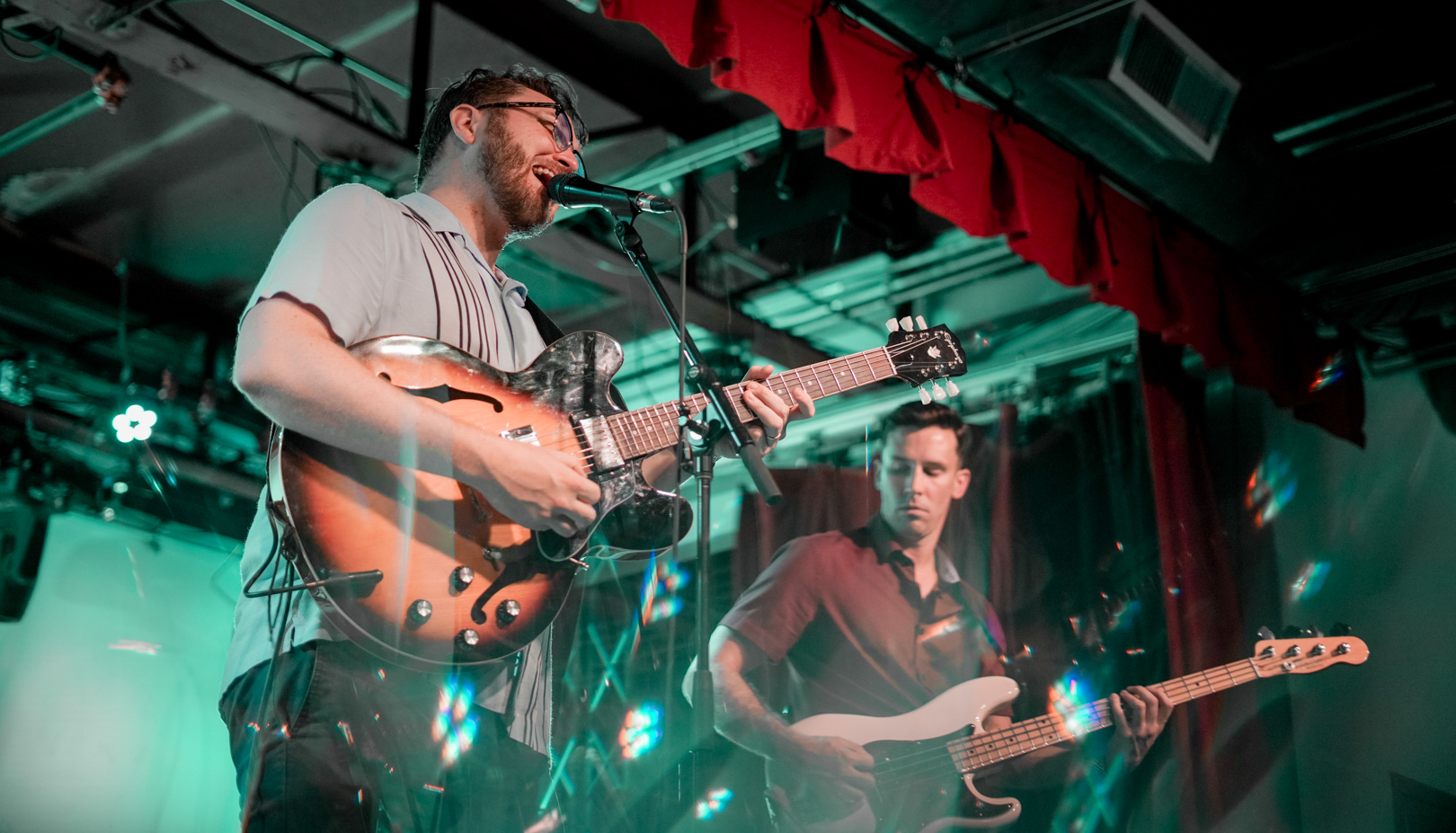 Youngtones is the brainchild of singer-songwriter Luke Wade and Matt Young (not pictured). Photo: Jessica Waffles 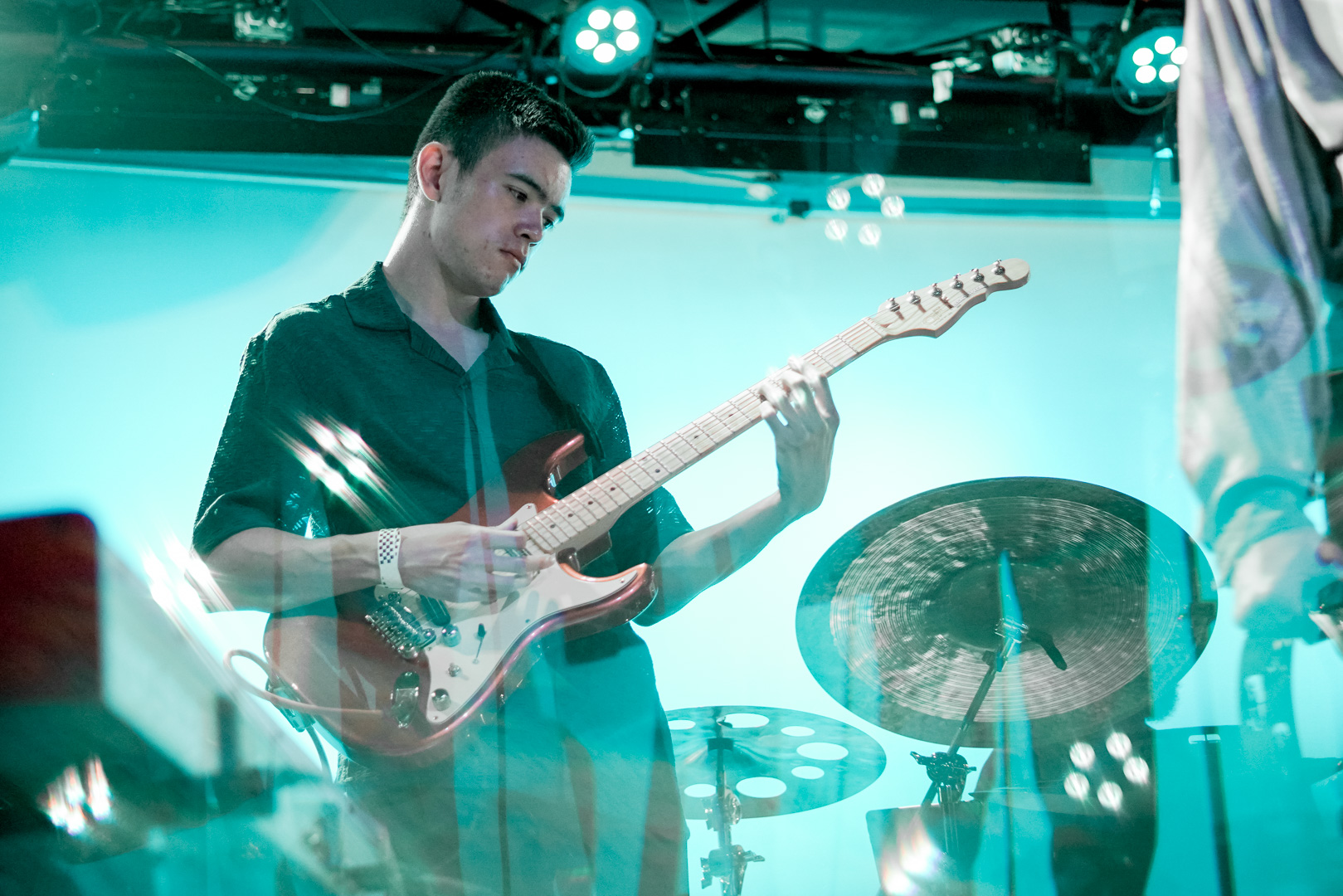 One thing about Wade that sticks with you is his admirable genuine nature that shows through in any creative person who’s found a way to stay true to themselves through their artist journey.

“I want people to know that I just love it,” Wade said. “As an adult, or anyone, in this world – you face these choices of doing what you love or having a more stable life, maybe? I don’t know how to say it. It’s like a vacation for me. Every person that wants to hear it means I get to do it more. It’s a labor of love.”

YOUNGTONES will be back around not too far from Dallas-Fort Worth at Stanley’s Famous Pit Bar-B-Q In Tyler, TX on October 8. Click here for tickets.

Find more information about the band and stay up to date on announcements on the YOUNGTONES website. 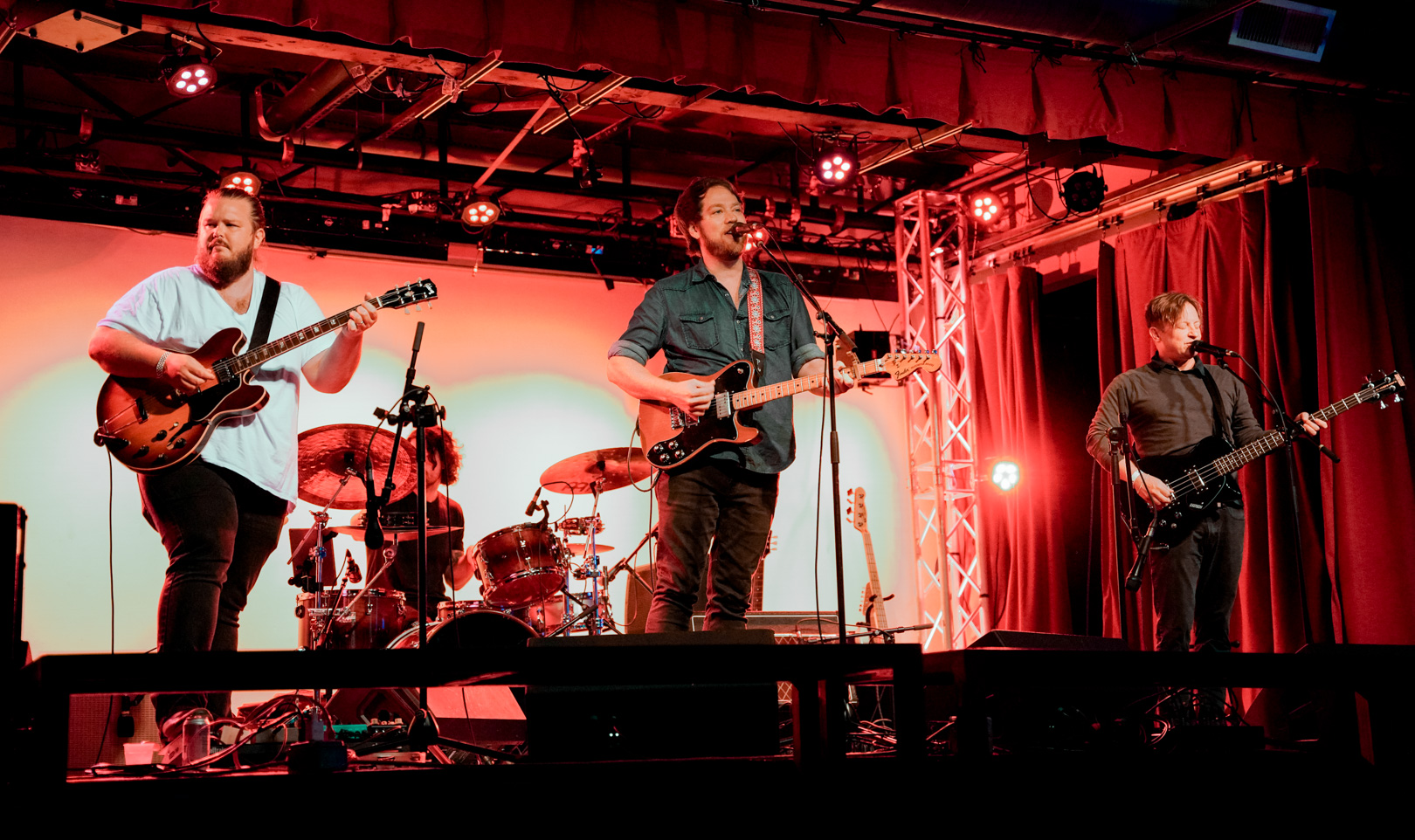 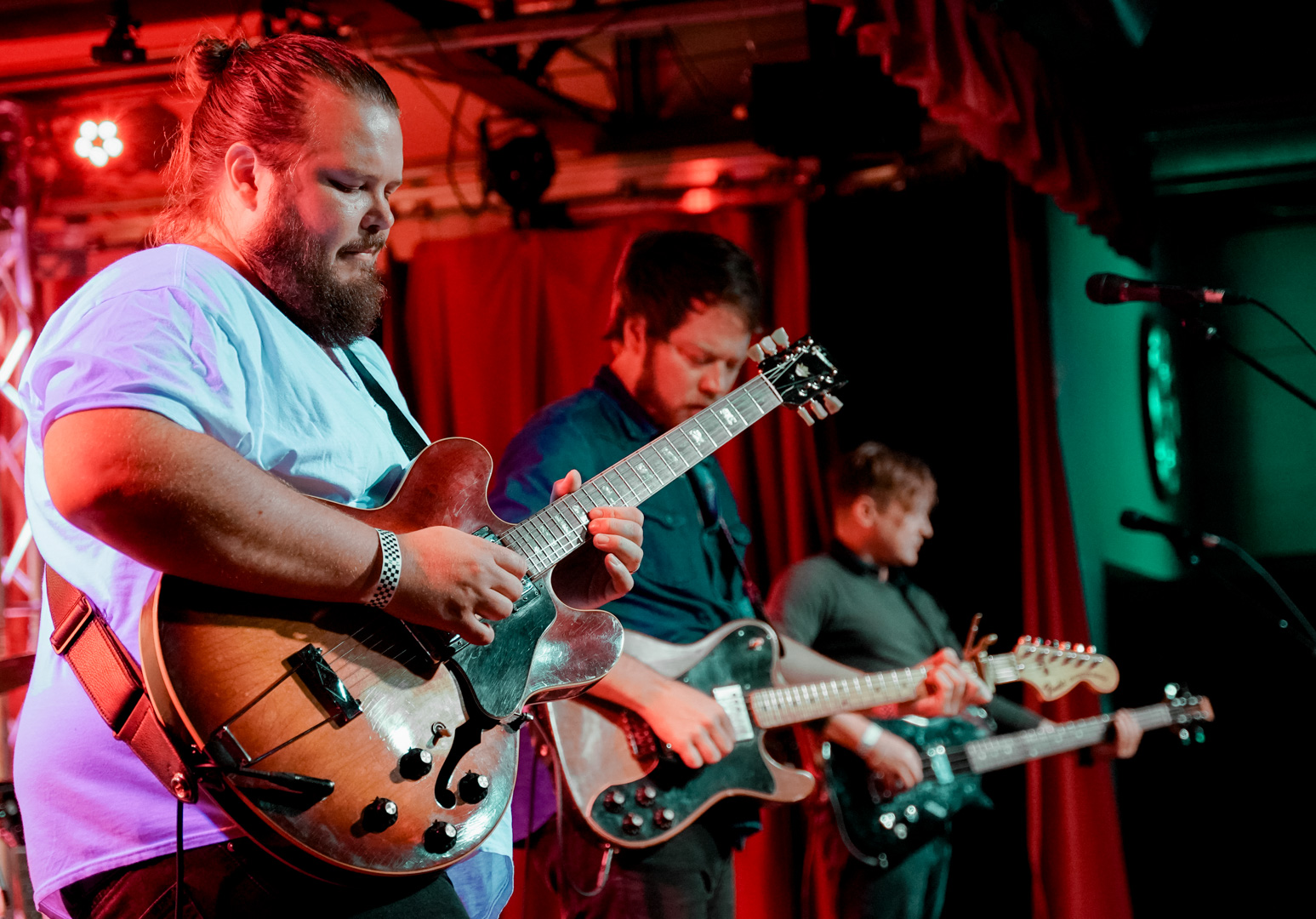