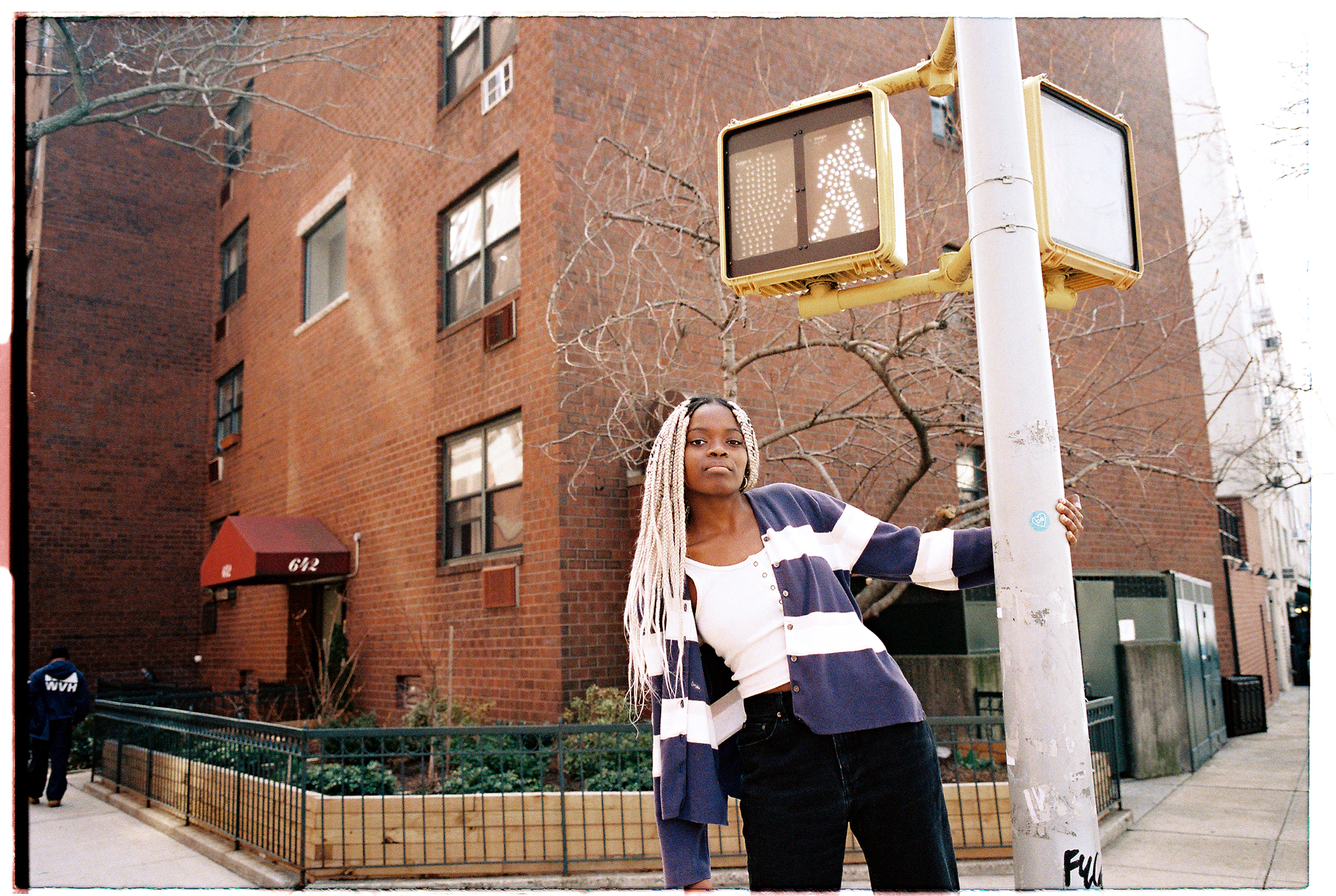 You wouldn’t know it listening to Hannah Jadagu’s arresting music — a contemplative, hallucinatory blend of echo-laden vocals, lightly strummed electric guitar and layers of synths — but she’s fueled by a fierce urgency.

“I’m definitely impatient,” she says during a recent conversation. “For a song like ‘Think Too Much,’ that took me two hours to make and I was like, ‘This needs to be out now.’ … When I was in high school, I would make things in two hours and put it out on SoundCloud.”

The Mesquite native doesn’t have quite the same latitude these days, but for good reason. She signed with indie stalwart Sub Pop Records in February 2021, which released her debut EP What Is Going On? in April 2021.

Recording songs and being more strategic about their release isn’t the only change the 19-year-old Jadagu, who said her childhood was full of music, has embraced.

Having initially turned heads by recording singles using only her iPhone, the college sophomore — Jadagu now lives in New York City, enrolled as a New York University student at the Steinhardt School of Culture, Education and Human Development — has introduced a MacBook to her workflow, having bonded with fellow students who also used the laptop as a production tool.

“Being in the city, and finally getting out of quarantine and going to school, I met other creative people who were doing stuff on laptops,” Jadagu said. “It definitely shifted the way that I tried to approach music. I was a lot more open to collaborating.”

In between dorm room sessions, Jadagu is also logging some miles on the road, including a sold out, hometown-ish gig Thursday at the Studio at the Factory in Deep Ellum, opening for Faye Webster.

“When I was growing up in Dallas, I didn’t go to that many shows, actually, because I was just very much a homebody and maybe lame,” Jadagu said, laughing. “It’s cool to come back and be able to play a thousand-cap [capacity] venue in my hometown-adjacent. I’m stoked.”

The desire to be a music supervisor for television and film is what initially spurred Jadagu to head east to study at NYU Steinhardt, although her passion for that profession has cooled a bit: “Now that I’ve gone to school and seeing how much work they have to do, and how many contracts they have to read … I don’t know if that’s my vibe,” she said.

Perhaps, then, she’ll find herself on the other side of that equation, being sought out for placement on TV shows and film trailers — her evocative, synth-pop style definitely lends itself to such possibilities, as evidenced by her most recent single, “All My Time is Wasted,” a beautiful, bleary track anchored by a jagged electric guitar riff.

“I’ve gotten a lot of messages where people are, like, your music is so calming — and I’m like, ‘That’s nice,’” Jadagu said. “They don’t need to have gone through the same thing as me, but I’ve also gotten [messages from] people who’ve been, like, you know, as a young Black woman, I also resonate with some of the stuff you’re talking about. So, that’s kind of cool.

“I think as long as people are just enjoying [the music] and able to vibe to it, that’s all I could ask for. I think that means I’ve done my job.”

Hannah Jadagu opens for Faye Webster Thursday at 8 p.m. at the Studio at the Factory in Deep Ellum.