Harvest House hosted a wonderful night of local music over the weekend, featuring HONIN, Remy Reilly and Leoncarlo on their outdoor stage.

Equipped with a dreamy synth-pop sound through her Nord Electro, a loop station, and a magically ethereal voice, HONIN‘s solo set is a charming blend of inviting vocal melodies and (mostly) self-produced stem tracks – showcasing her skills as a songwriter and one-woman band.

Her song “Evergreen” featured in the video above is “a song about someone you love dying and being reincarnated into a tree,” she says. 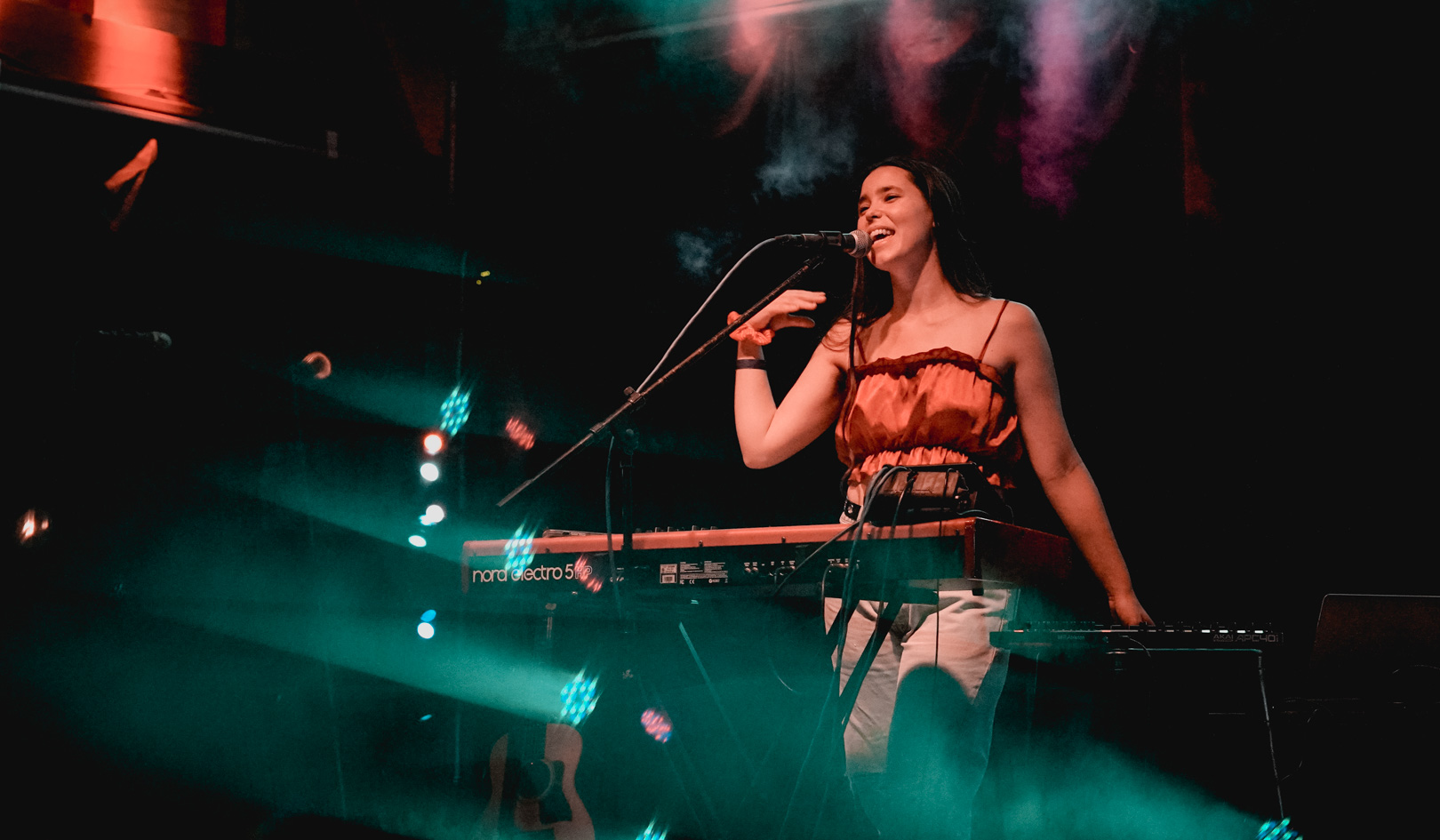 The yet-to-be-named 3-song EP was recorded in December 2020 at The Echo Lab in Denton, with Charley Wiles helping produce the EP and Matt Pence on drums, Mike Luzecky on bass and Hunter Strasser on guitar. 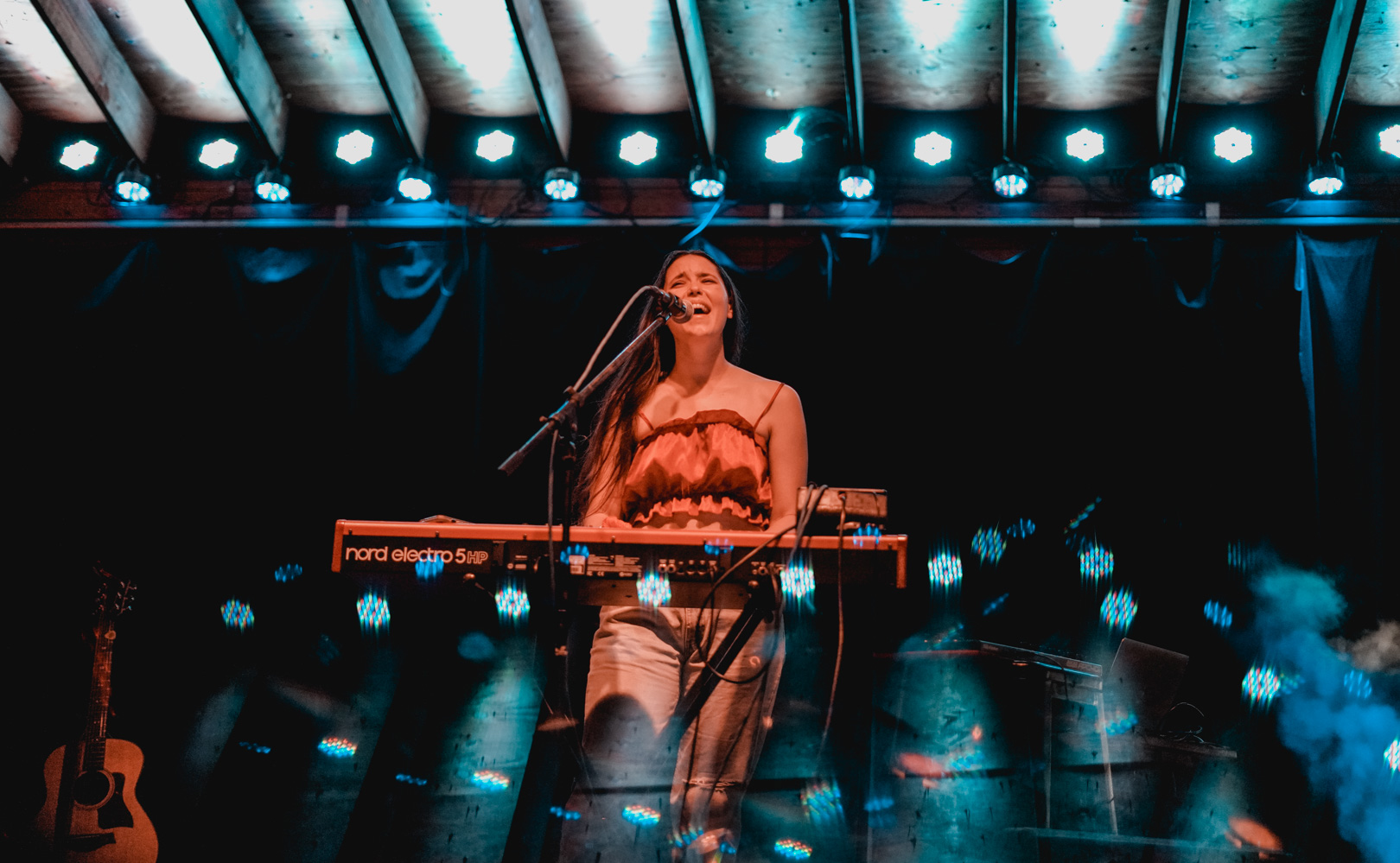 HONIN is currently finishing up an EP she recorded at The Echo Lab in Denton. Photo: Jessica Waffles

The EP release will also come with a music video for the song “Constant Reminder,” which was edited by HONIN herself and shot by Daven Martinez on a 2000’s era camcorder on tape.

“The song is about being with someone, getting over it, and then thinking about the good things from the relationship but not the bad things. It’s a bittersweet feeling,” HONIN said. “The visual concept will represent the idea of thoughts pouring back into your head. I’m hoping people will be able to relate to it.”

HONIN’s next event will be an indie music show at Ruins in Deep Ellum on July 26 supporting Tex Patrello, along with fellow local Steven Leftovers and London artist bex.

18-year-old artist Remy Reilly is following up her 2021 single “Lost Without You” with a new 5-song EP called Avalanche. The title track will feature a music video shot in White Sands, New Mexico by John Nicholson and edited by Will von Bolton.

Coincidentally, just like HONIN, she recorded her EP at The Echo Lab with Charley Wiles and Matt Pence. Her release will also feature production work by Sarah Jaffe and Ben Barajas on bass. 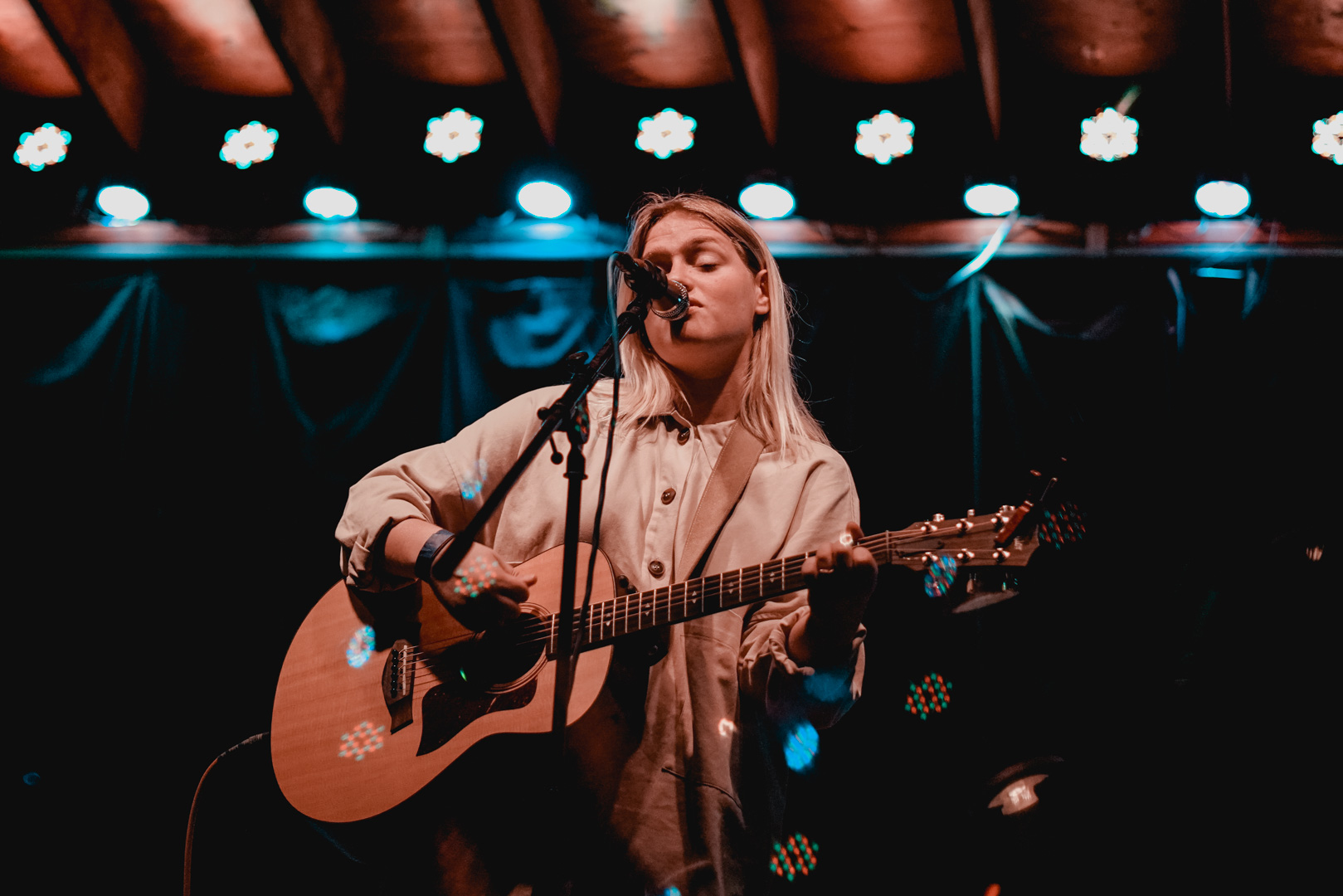 “Avalanche is about the overwhelming feelings you can get for somebody, when it feels like an avalanche,” Reilly said. “Which I actually no longer feel, and it’s really nice,” she laughed. 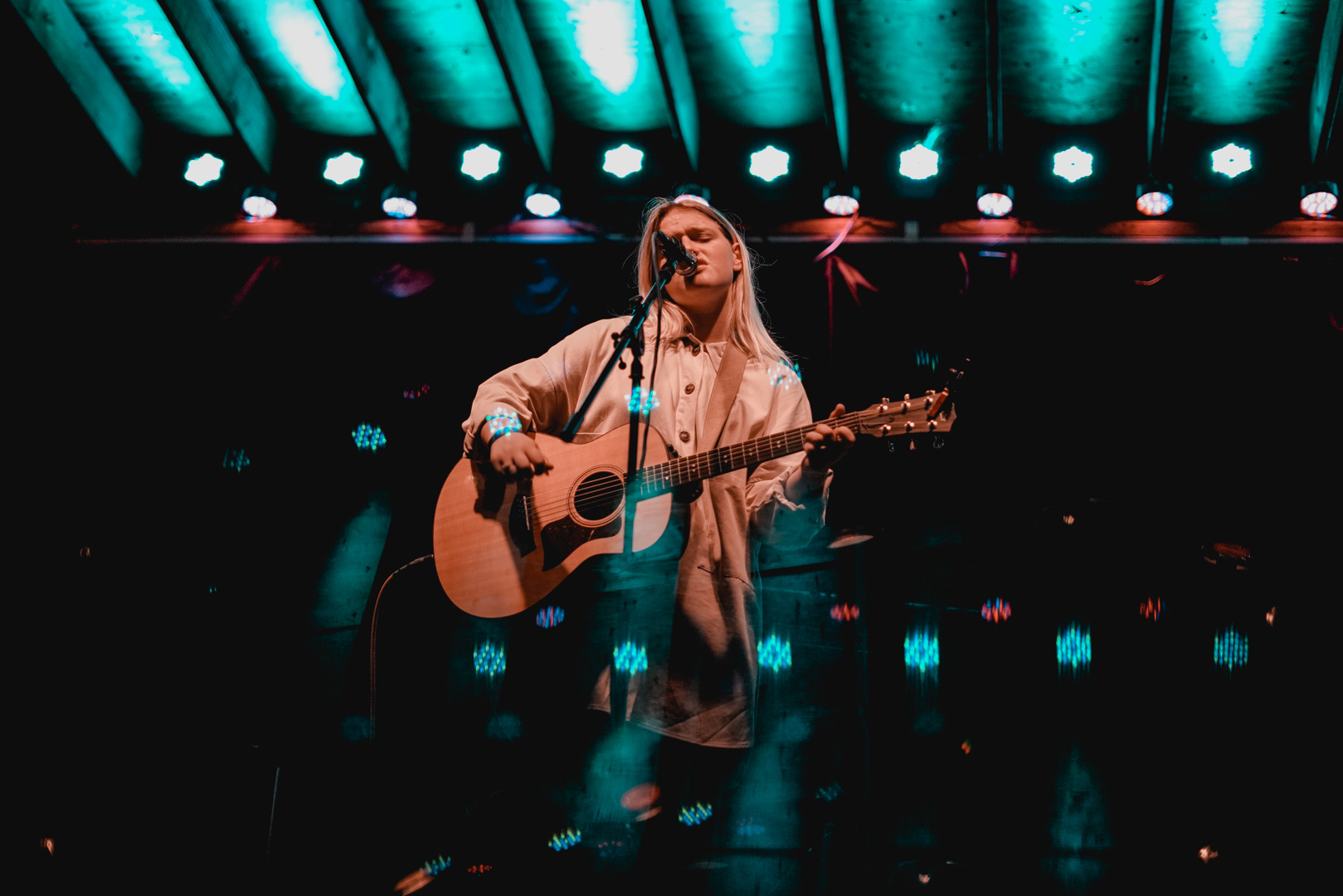 Remy Reilly’s next single “Avalanche” is set to drop in the next few weeks. Photo: Jessica Waffles

Reilly’s next show with a full band will be Friday July 15 at Nasher Sculpture Center, before she leaves to Europe to play a couple of shows in the UK. She’ll be back in Texas to play more shows in August, including a show at Ruins on August 19 with other local artist Glitter. See her full event calendar on her website.

Leoncarlo ended up on the bill at Harvest House after original lineup artist Somogyi was unable to perform.

Given the opportunity, he showcased his current project – which is primarily an instrumental set featuring violin looping, cinematic drum style (Dean Adams), and accompanying electric guitar (Mike Flores aka Edgar Derby). The video above was a piece just before Flores came on stage. 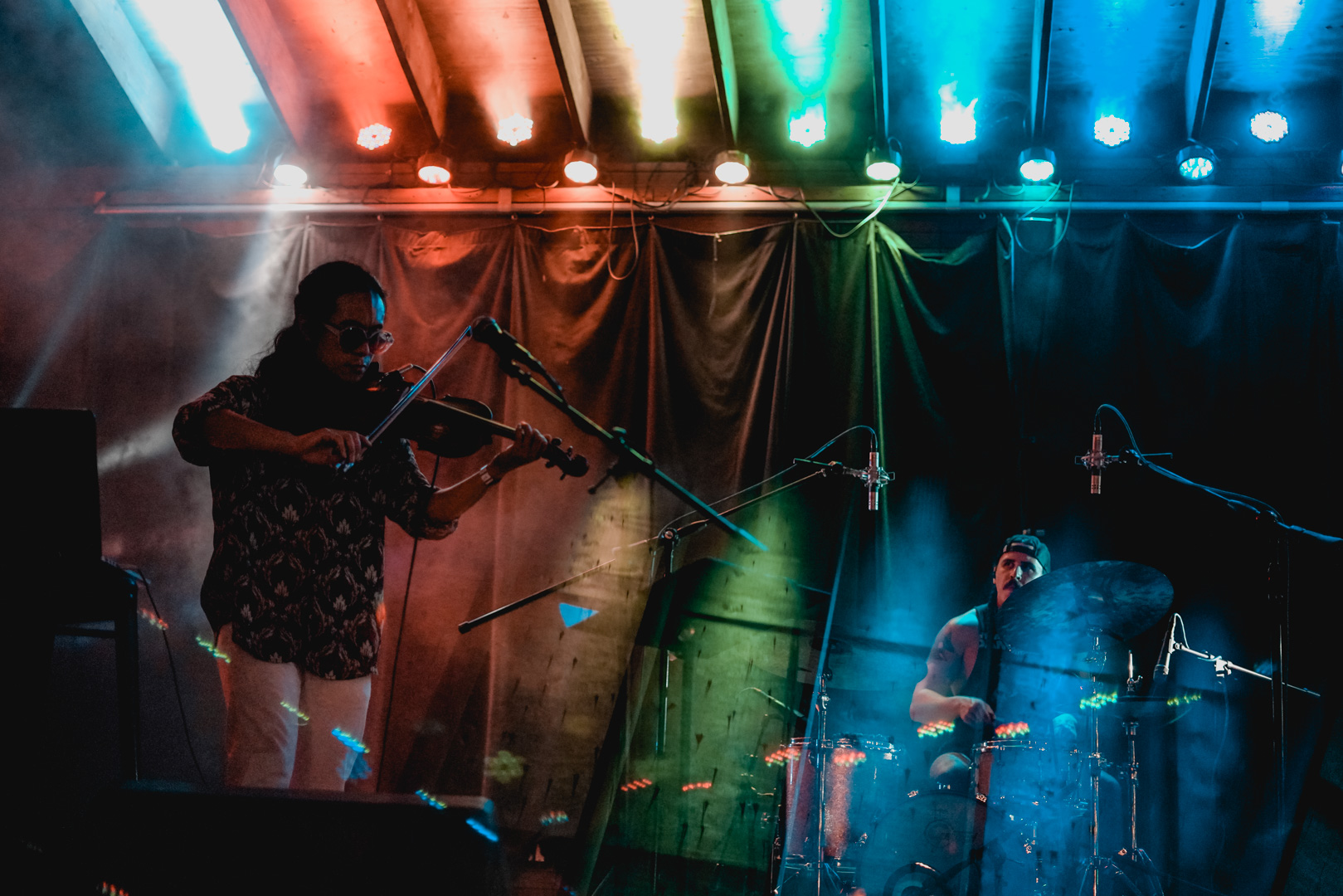 Leoncarlo’s pieces are like living organisms, breathing full breaths on a sonic journey. Each layer he adds through his looper creates an avant-garde tapestry of movement, stimulating emotional response through soundscapes that feel like epic films without the film.

His current inspiration has had influence from his involvement as an accompaniment musician to a dance school. “Being around students of movement unhinged stagnant energy for song ideas,” he said. 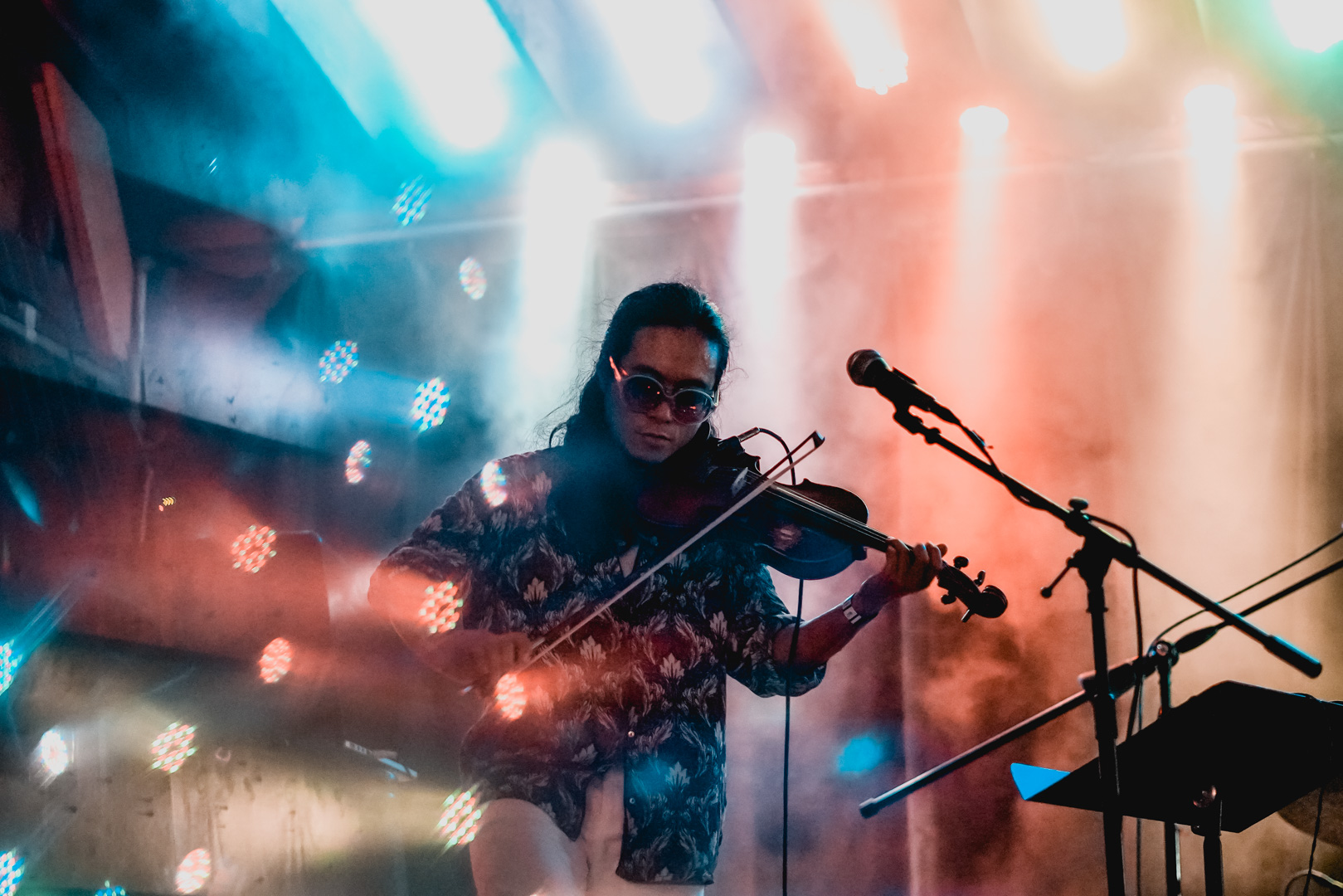 Though Leoncarlo briefly left Texas for Colorado in 2020, he maintained ties with Denton. Just before the pandemic, he acquired what used to be Bonduris Music – turning into Soundbox Musicworks, a music school, rehearsal space and studio. He also teaches at Lake Highlands School of Music in East Dallas.

“The plan was always to have roots in this town,” Leoncarlo said. “I landed back in North Texas in May 2021 after some big life changes and was welcomed back with open arms. It was a stark reminder that a city is who you know, and the importance of community.”

After the big Texas freeze in February 2021, the Soundbox Musicworks location moved after complications from rent increases. The new location, 221 N. Locust St., is about two blocks north of the Denton Square.

“It’s an even better location, and we are going to be offering recording production services soon,” Leoncarlo said. 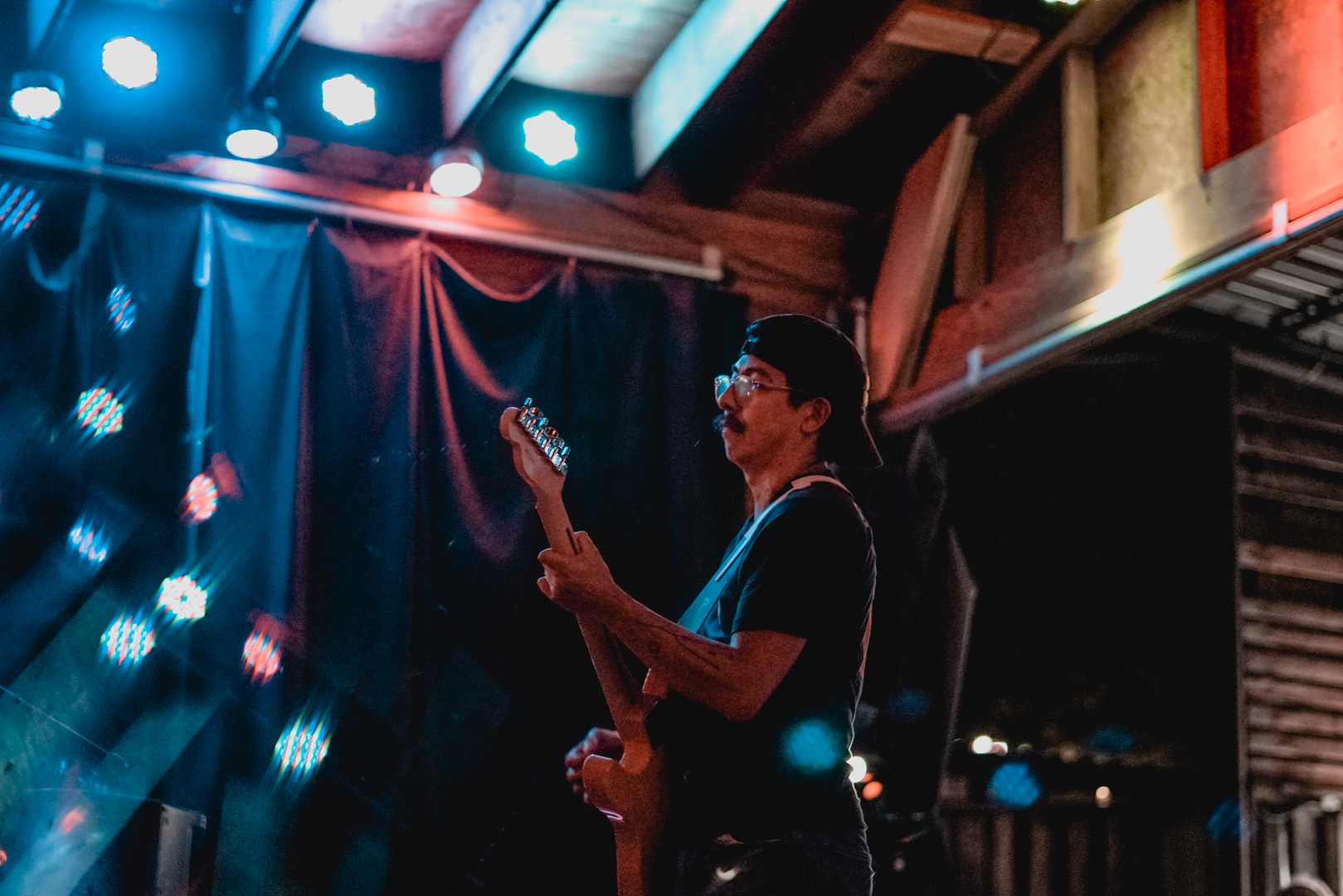 While taking on his own musical endeavors, Leoncarlo also is a seasoned recording session musician, and plays in several music acts, including The Polyphonic Spree, metal band Wrought of Obsidian and KXT’s own Paul Slavens.

Since his return to Texas, he’s also been curating shows at Rubber Gloves Rehearsal Studios, under the series Retrograde Survivor’s Club.

“This is a space to consider when retrograde happens,” Leoncarlo said.  “You may be orbiting the theme of your life. We encourage thinking about how we handle those orbits. The series features ambient and noise music.”

He’s working on a re-release of his 2016 album Still Forms, which will be remastered for vinyl. “People can expect possibly new interpretations of songs as well,” he said.

On September 18, Leoncarlo will play with Paul Slavens for a unique show that will feature a live score played underneath the Charlie Chaplin film “The Kid” at Texas Theatre in Oak Cliff. 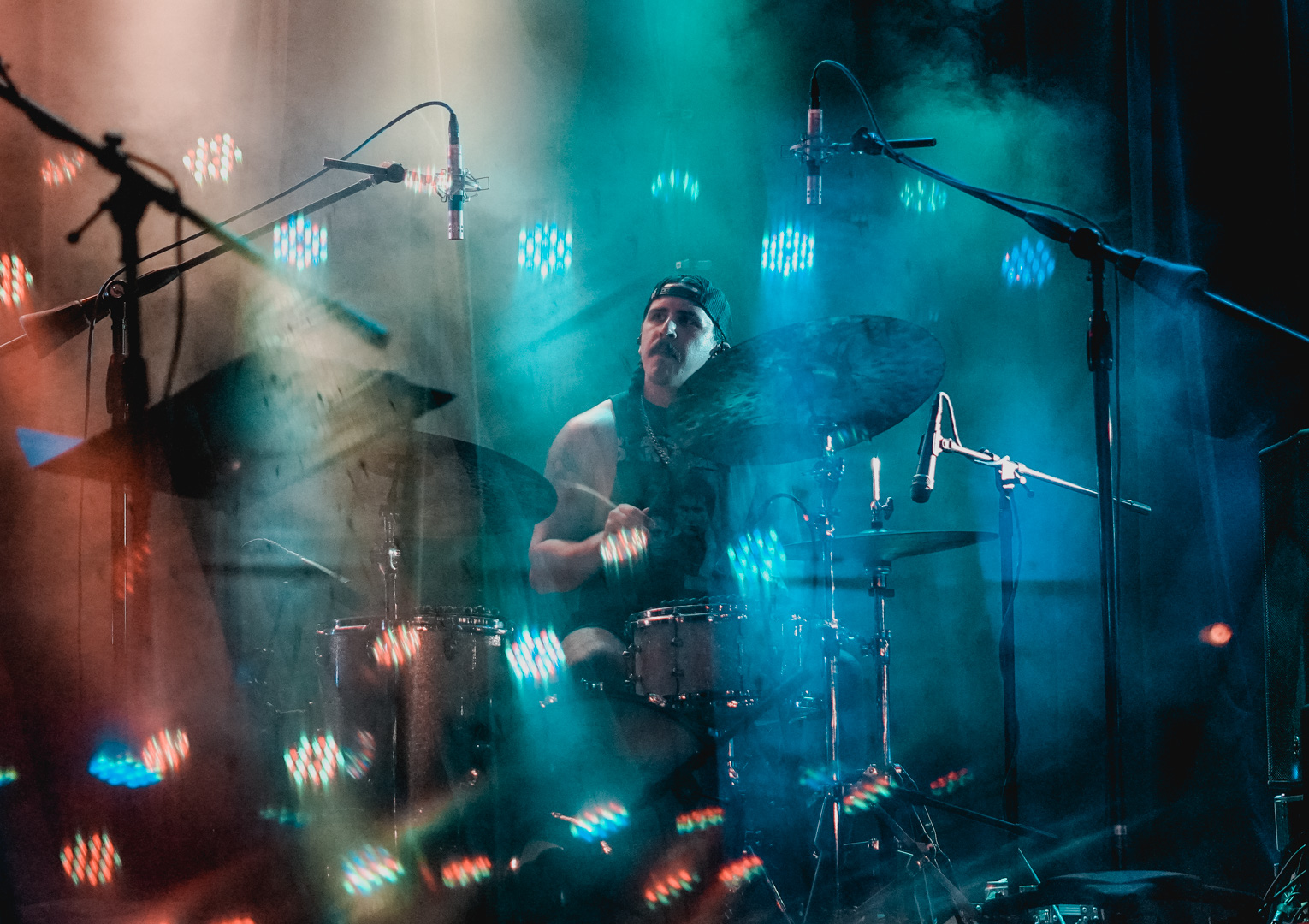