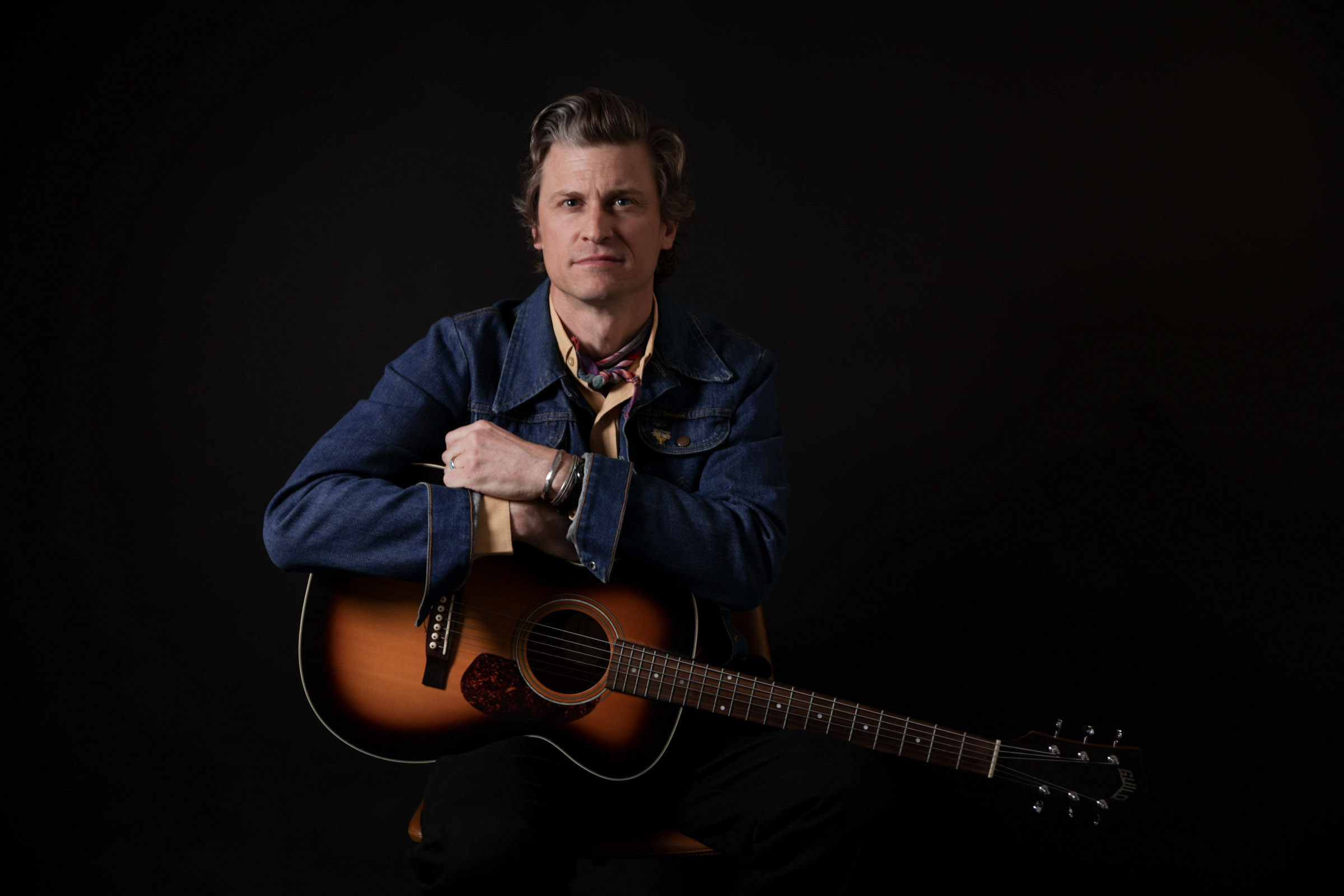 There is a sense, in listening to Fort Worth-based singer-songwriter Simon Flory’s new EP, Young Giants, it could’ve just as easily been released in 1932 as 2022.

Some of that is due to the timelessness of Flory’s subject matter — temptation and fate and love and doubt — but also the manner in which it’s presented: Cut live with musicians performing around him in a single room, feeding off one another and imbuing the music with a palpable vitality.

“If the idea is clear about the song — it took me years — but now I can stand on the microphone and tell the band my story of the song, and everybody has their own connection to it,” Flory said during a recent conversation. “Then they perform up to that, you know? Bringing out some of the lyrics in the story, and the importance of this part — it’s not, ‘Hey, would you play a swell here?’ Play something that sounds emotional — I’m going to ask you to make a decision. In the moment, how are you feeling?”

It’s a choice which pays dividends through the five-track Giants, the follow-up to the 2021 LP Haul These Blues Away. Flory recorded what would become Giants at Fort Worth’s 7013 Studios with Grant Jackson Wilburn guiding the process as Flory performed with Zach Moulton, Andy Rogers, Ginny Mac and Morris Holdahl.

The five musicians are locked into Flory’s style, a potent blend of Americana, gospel, country and folk which makes tracks like “Little Oak Tree” or “Don’t Shake Me Lucifer” feel as if they’re torn from a frontier hymnal. Flory’s creative appetites aren’t limited merely to music-making: He also dabbles in acting, filmmaking, teaching and writing.

“I did study writing in school and am an avid writer beyond songwriting,” Flory said. “So, hopefully, it creeps in — those are stories that — their understanding could have legs of their own.”

Flory, who has logged time in the Que Pastas and the supergroup High Plains Jamboree, is also no stranger to collaboration. He’s joined creative forces with several familiar North Texas names in recent years, including Vincent Neil Emerson, Summer Dean and Charley Crockett, all of whom he cites as influences upon him in their own rights.

“What’s neat about Americana is that it can encompass all of us,” Flory said. “I just want to work with everybody. I want to write with everybody. And it feels great. There’s people that I emulate, and the music that I like, it’s always been collaborative. So, I figured that’s the approach.”

There’s no extensive touring on the horizon for Flory — “Not off on any package tour deals like I have done,” he said — but he’s continuing to write and focus on his art for now. He’s also holding fast to a sentiment that, much like the music he’s made on Young Giants, feels eternal in its truth.

“I feel like if you really dig into the characters on this collection of songs, it’s more than redemption — there’s a whole lot of good that comes out the other side,” Flory said. “We’re gonna all have to go through hell to get there. But we’re doing it. I got a lot of hope.”